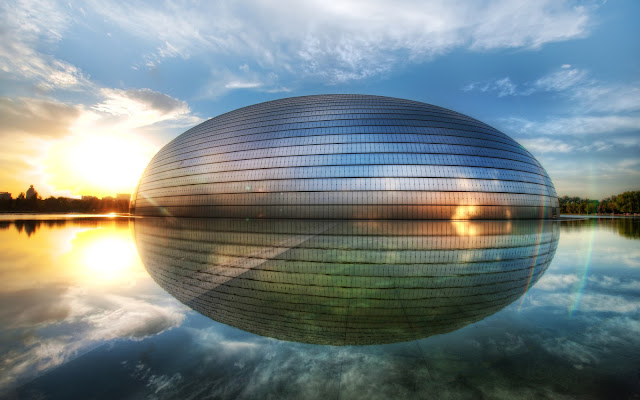 The National Centre for the Performing Arts (NCPA) is located in the heart of old Beijing, close to the Great Hall of the People, Tian’anmen Square and the ancient Forbidden City. 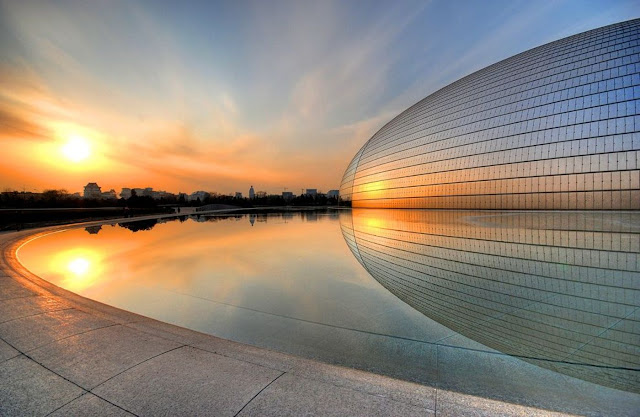 The structure, surrounded by an artificial lake and green lawns and gardens, is seen as a cultural island in the middle of a lake. 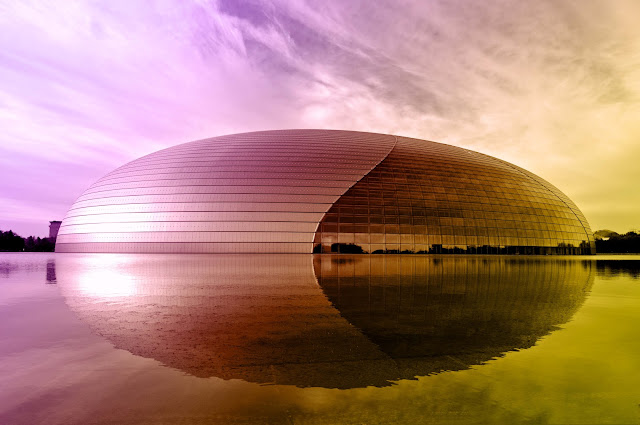 When illuminated at night the curved cut in the titanium shell is reminiscent of a stage curtain being pulled back. 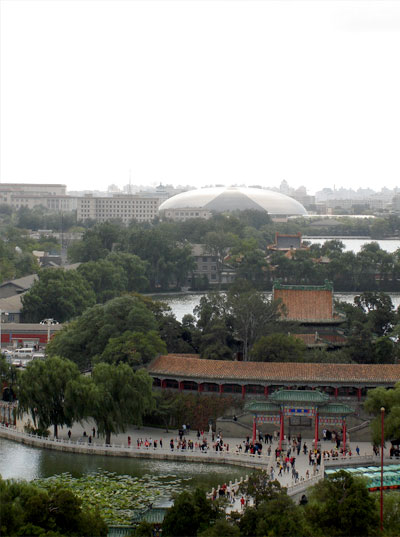 The dome measures 212 meters in east–west direction, 144 meters in north–south direction, and is 46 meters high. The main entrance is at the north side. 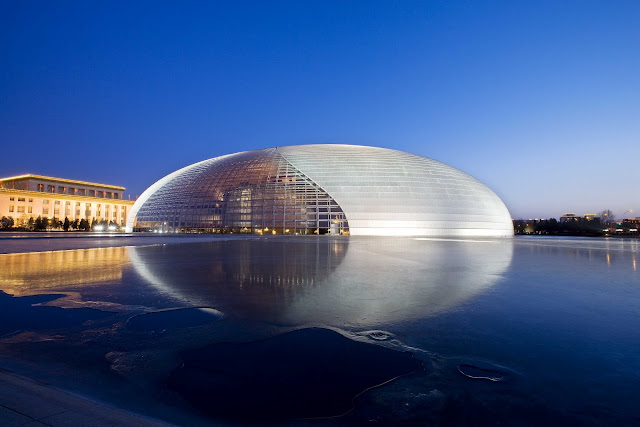 From the north entrance you descend a grand staircase to the Underwater Corridor that stretches 80 meters beneath the outdoor lake. The glass ceiling allows the light to shimmer through the lake water. 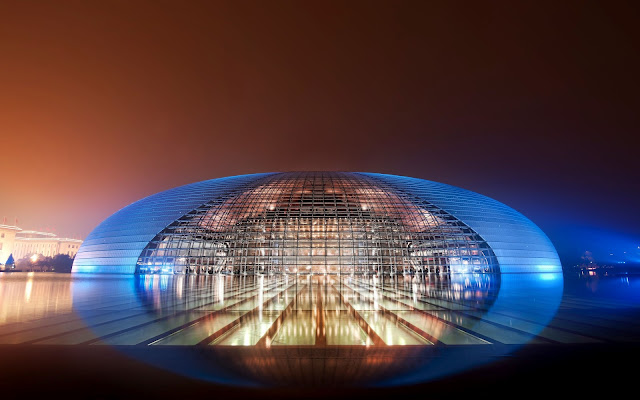 The titanium and glass shell, in the shape of an ellipsoid, houses an opera house, a concert hall, and two theaters, as well as public spaces. 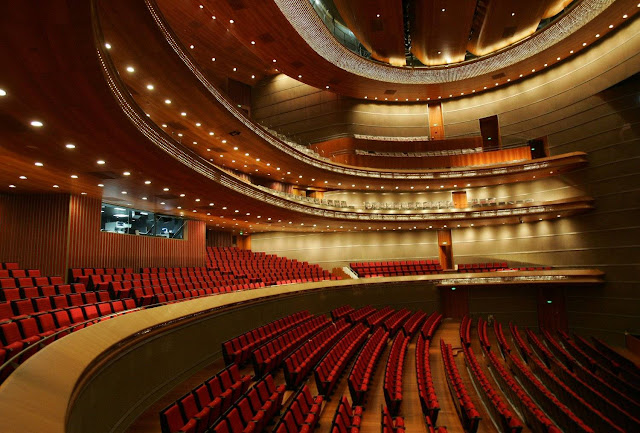 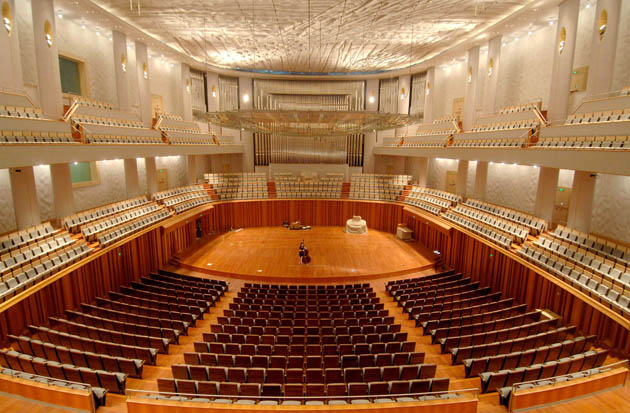 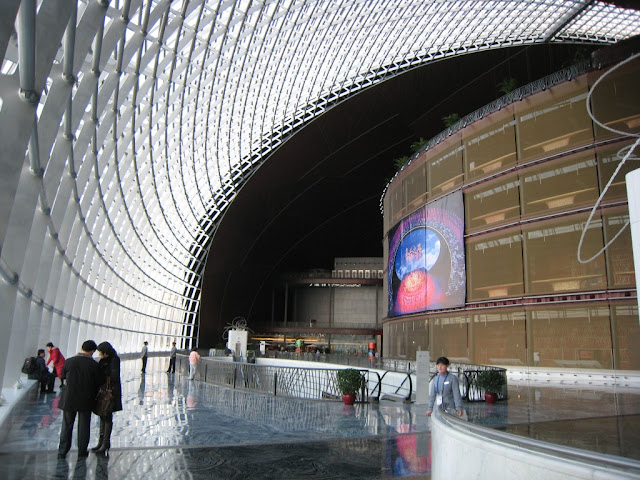 The Concert Hall can accommodate up to 120 musicians and the chorus section up to 180 performers. 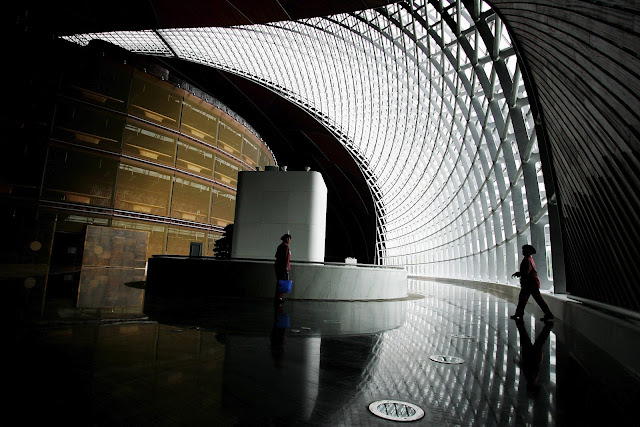 A multi-functional theater consists of two lifting platforms that can be elevated as needed. 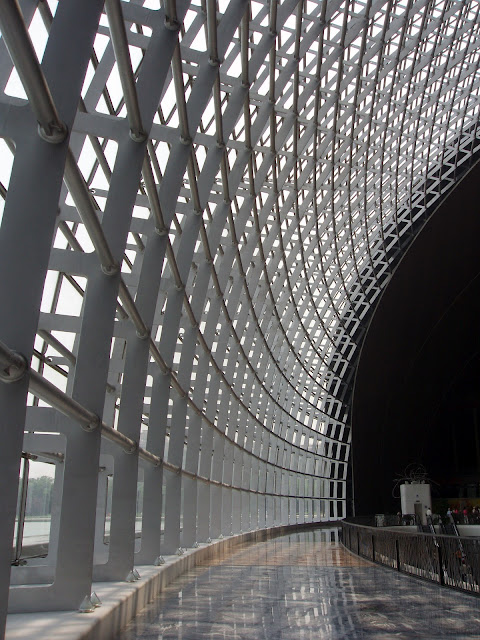 The floor in the huge Foyer is covered in stone from 10 different regions in China, the interior walls are lined with tens of thousands of panels of jequitiba, also known as Brazilian rosewood. 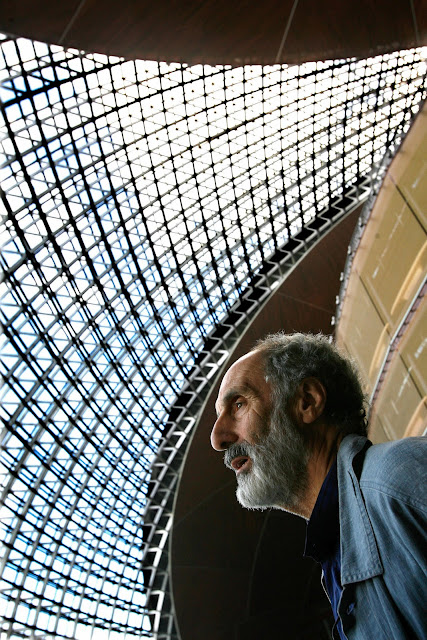 The huge floor to ceiling glass curtain bathes the interior in natural light or reveals the city’s lights at night. Escalators take visitors to the many different levels.
Conceptually meant to evoke a rising sun or a pearl, the structure is often referred to as the egg, it also recalls the Cenotaphto Sir IsaacNewton, Etienne-Louis Boullée.