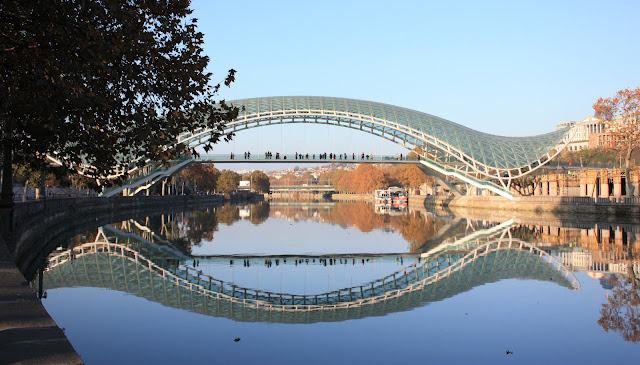 It is located over the Mt’k’vari River (better known as turkish Kura) in Tbilisi, Georgia, and is designed for pedestrian use. The design of this bridge replicates a shape of a marine animal. 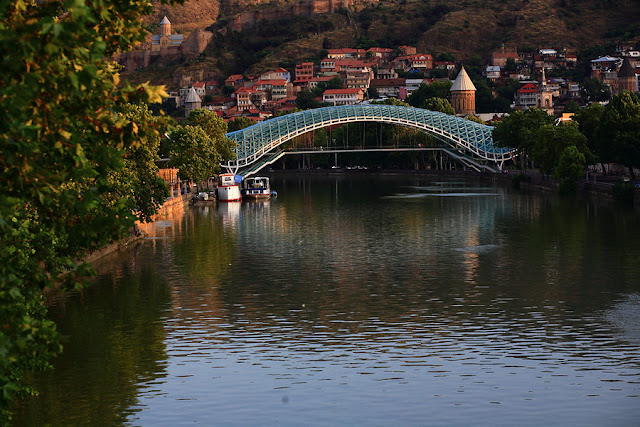 The Bridge of Peace provides a beautiful view of Narikala Fortress, Metekhi Church from one side and the Presidental Office and Baratashvili Bridge from the other.
The Bridge of Peace was designed by an Italian architect Michele De Lucchi, who had previously  designed the buildings of the Ministry of Internal Affairs and Presidental Administration of Georgia. 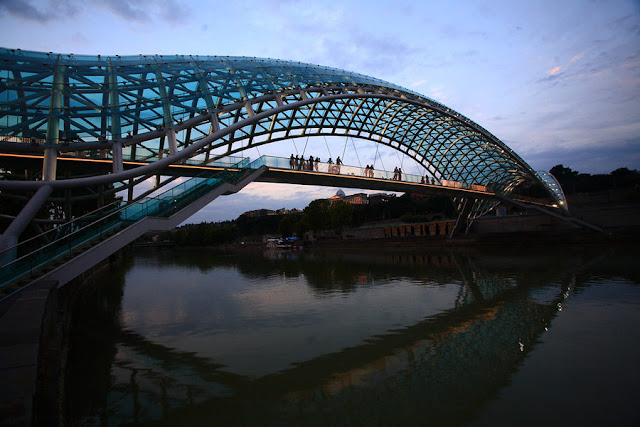 The lighting design belongs to the French designer Philippe Martinaud. The Bridge was officially opened on May 06, 2010. It is 150 meters in length. 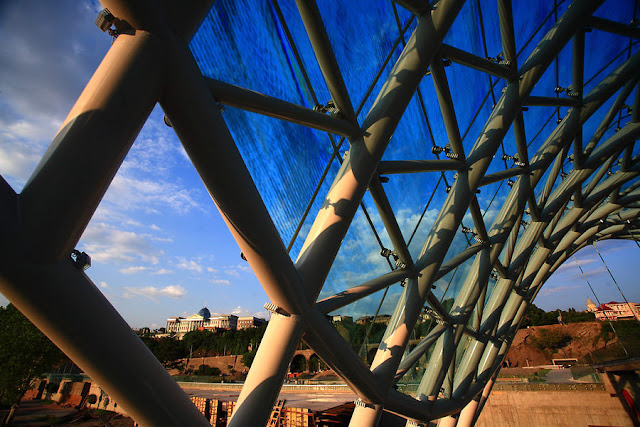 The structure of the bridge was built in Italy and transported to Tbilisi in 200 trucks while the lighting was installed on site during the assembly of the structures. 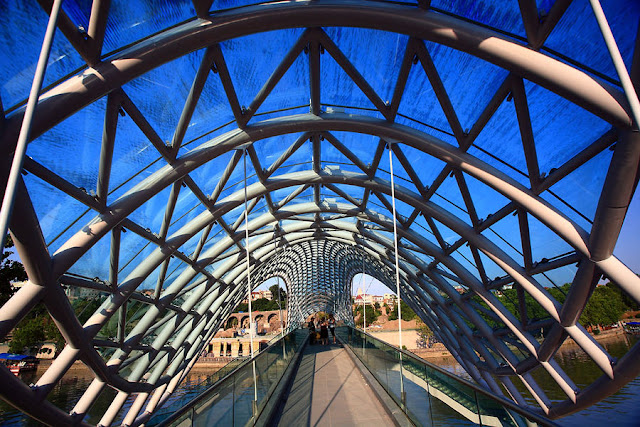 The bridge a design of which reminds of a marine animal has a curvy steel and glass canopy top which shimmers with an interactive light display at night, generated by thousands of white LEDs. 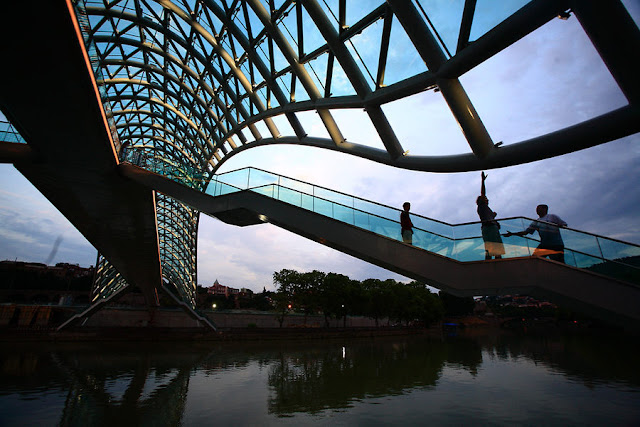 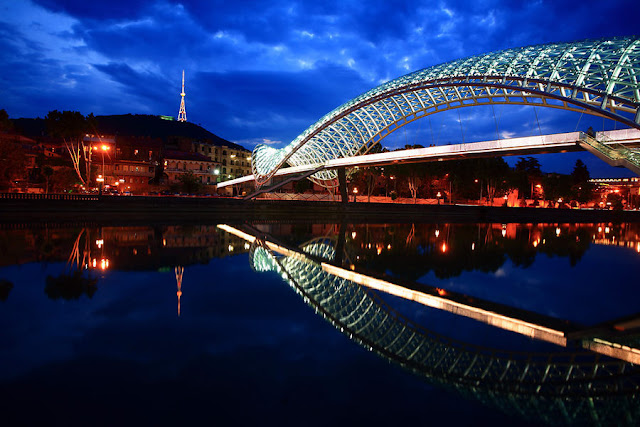 The glass panels which run along the whole length of the walkway are embedded with linear low-power LED arrays. 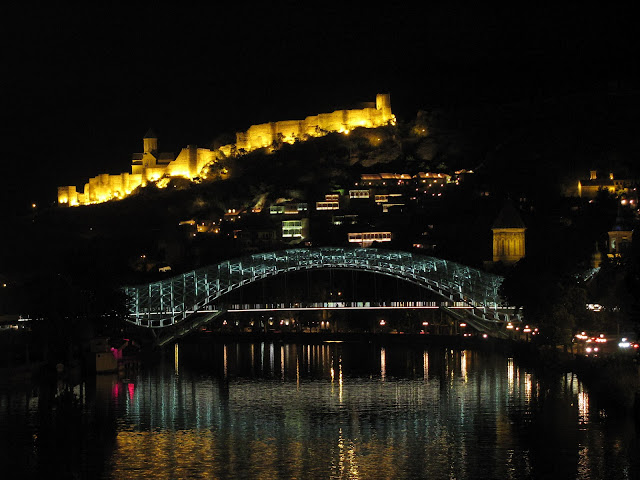 The lighting is switched on 90 minutes before sunset illuminating Kura River below and buildings on both banks of the river. 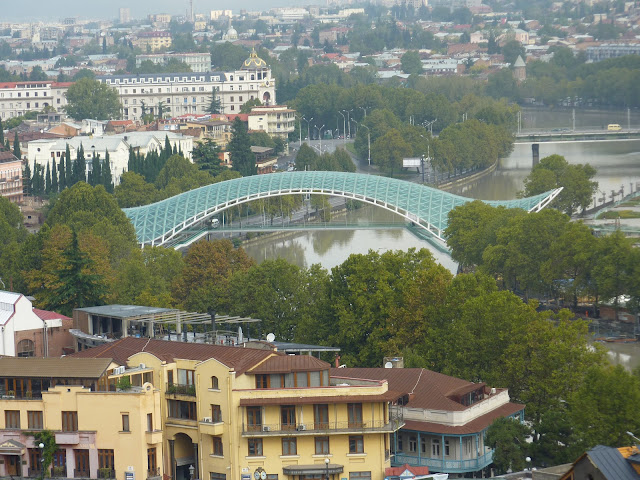 “A bridge is a structure that joins two points, allowing people to get over an obstacle, and it is also a highly symbolic form of architecture in that it can be an emblem of dialogue between two opposite and divided positions” Michele De Lucchi.