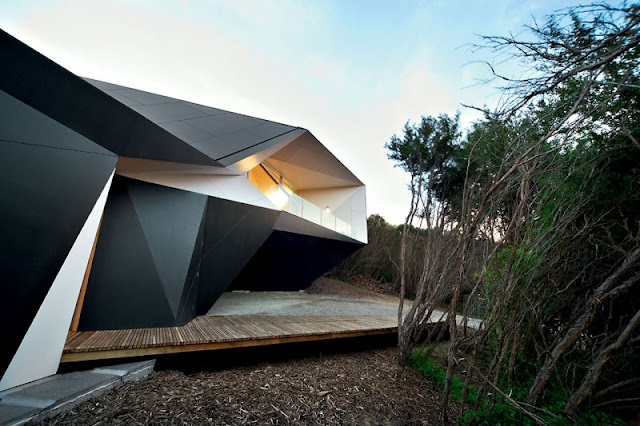 “This weekend house is located on heavily ti-treed sand hills adjacent the ocean beach in Rye [1]. 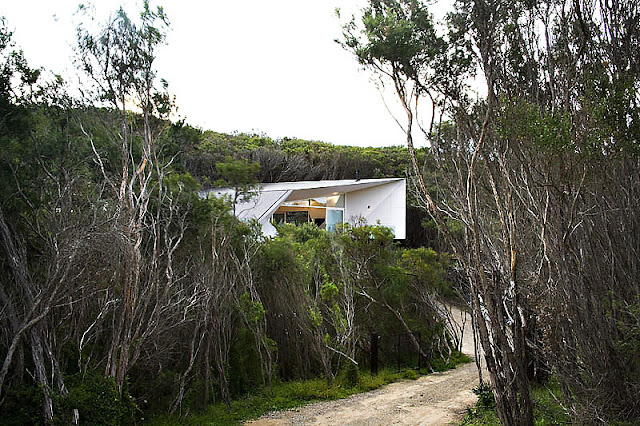 This holiday house is situated on the Mornington Peninsula 1.5 hrs drive from Melbourne. It is located within the tee-tree on the sand dunes, a short distance from the wild 16 beach. 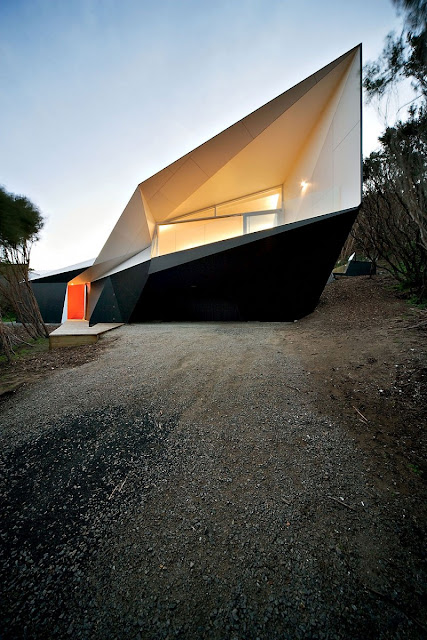 Its spiral configuration is a spatial device which responds to the difficult topography, it is also a figure rich in coastal allusions. 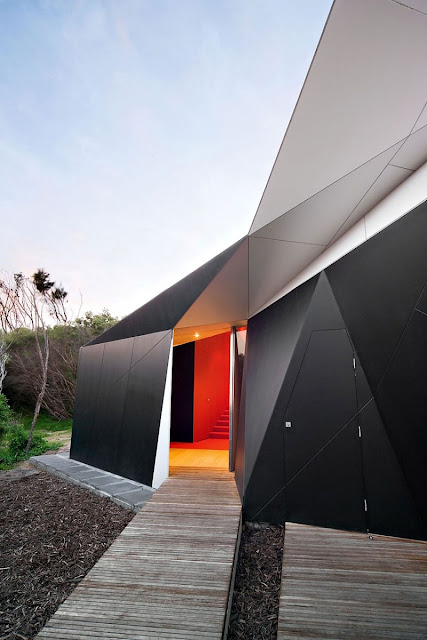 By passing the spiral back through itself the house has become the mathematical concept of the Klein Bottle [2]. 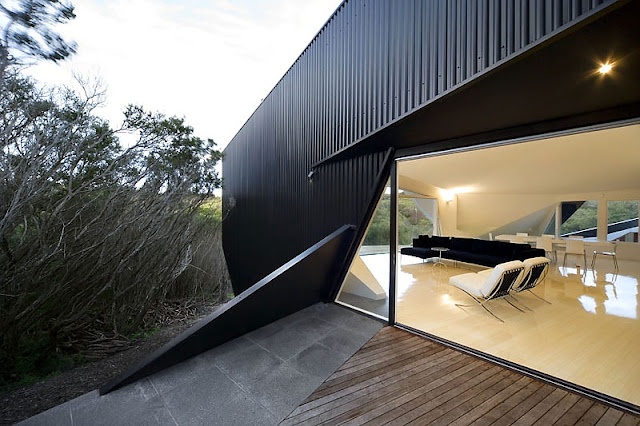 This strategy has unlocked a new series of relationships and sequential spatial experience. 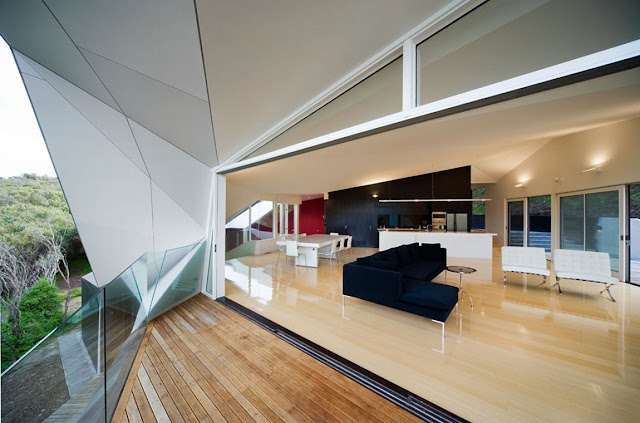 The ‘contents’ of the ‘bottle’ are a rectilinear platform and walls which make the abstract geometry inhabitable. 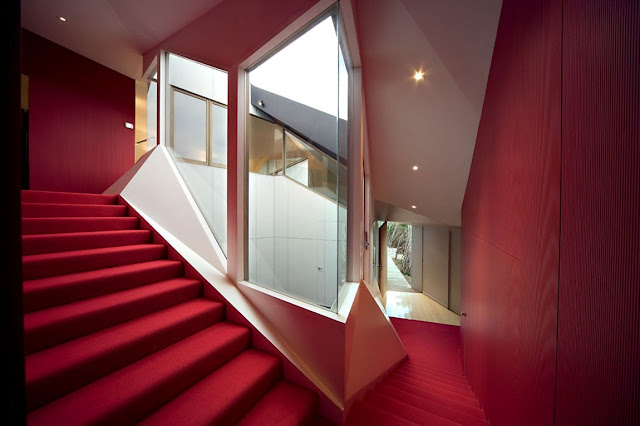 A dramatic stair winds around an internal courtyard picking up the bedrooms of the house as it ascends, the journey ending in the great living room. 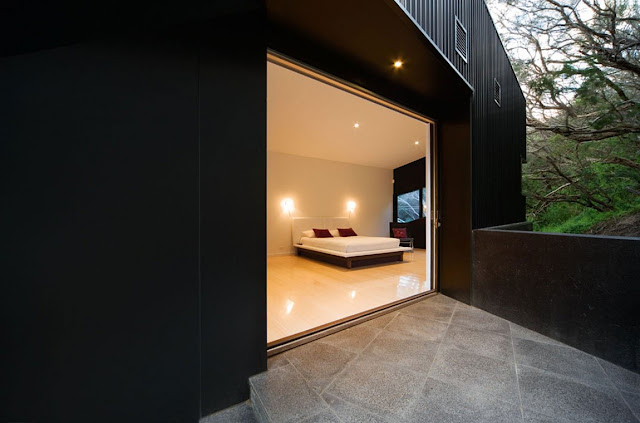 Externally the building is predominantly clad in cement sheeting, simultaneously recalling both folded origami, tents and the ubiquitous ‘fibro-shack’. 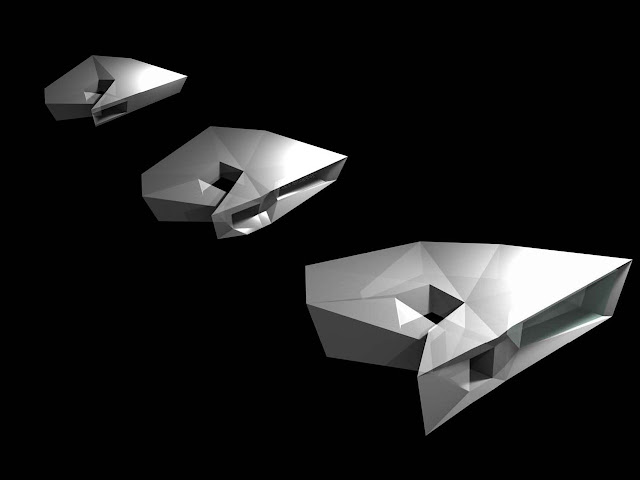 The building is supported on a traditional timber stud frame – pushed to its physical limit.” Desriptio by McBride Charles Ryan. 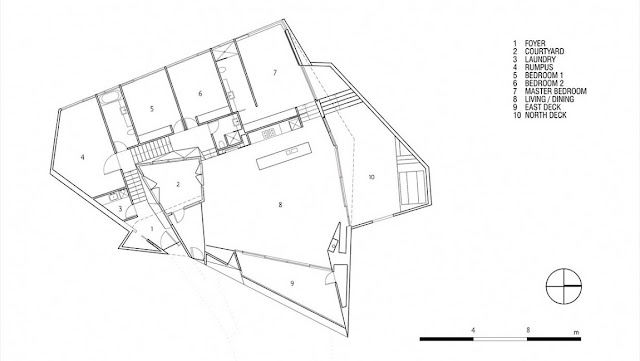 [1] It is located on the Mornington Peninsula 1.5 hrs drive from Melbourne, within the tee-tree on the sand dunes, a short distance from the wild 16 beach. 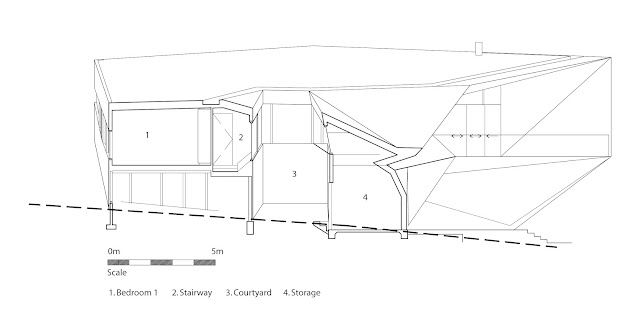 [2] The Klein bottle, was first described in 1882 by the German mathematician Felix Klein, is a closed non-orientable surface, that has no inside or outside, is closed and has no border and neither an enclosed interior nor exterior.
It can be constructed by gluing both pairs of opposite edges of a rectangle together giving one pair a half-twist, but can be physically realized only in four dimensions, since it must pass through itself without the presence of a hole.