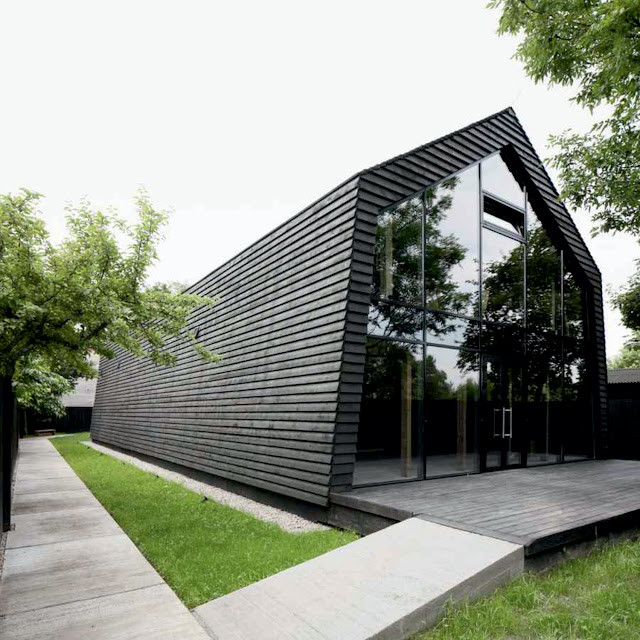 During the occupation of Latvia by Nazi Germany (1941–1945) more than 60,000 Jews were murdered in concentration camps. Despite some odious figures of Latvian antisemites, other Latvians stood against the Nazi antisemitic policies and tried to save local Jews from execution. 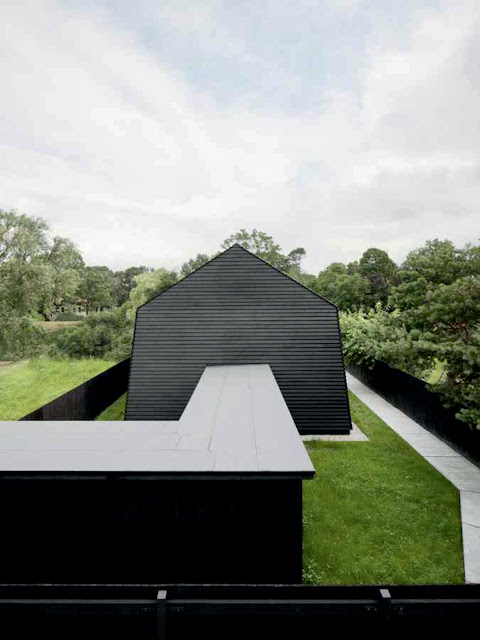 The most prominent Latvian saviors of Jews were Mr. Žanis and Mrs. Johanna Lipke – a poor working class couple who hid away more than 50 Jews that Žanis had managed to cheat out of the Riga Ghetto. The Jews were hidden in a 3×3 m bunker built under the woodshed in their garden, and most of them survived through the war. In 1977, Žanis and Johanna recieved the medal “To the Righteous Among the Nations” from the Yad Vashem organisation for their accomplishment. In 2005, a NGO was formed by Mr. Māris Gailis, an entrepreneur and former Prime Minister of Latvia, Mr. Augusts Sukuts, the President of the International Film Festival “Arsenāls” and Mrs. Ārija Lipke, Lipke’s daughter-in-law. The Lipke Memorial that they founded is a private museum. It was built owing to selfless help from many people of a variety of ethnic backgrounds who donated materials, funds and their work and time. 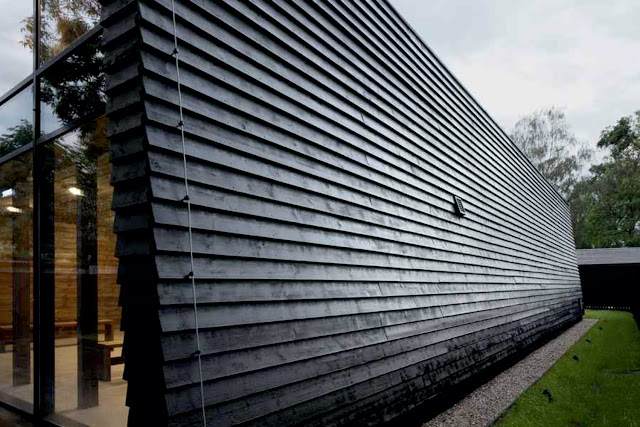 The Memorial stands next to the Lipke family house in an empty space overlooking the Daugava river. The ascetic windowless building of dark grey wood resembles an overturned boat resting ashore – like a ferryman’s boat that has completed its mission. It could also be Noah’s Ark that after the flood has descended back on dry land with the lucky survivors, the new humanity that God has decided not to annihilate. Finally, the building also resembles a black shed, a building that used to be common on Ķīpsala, once inhabited by fishermen: tarred, made of barge boards with their inimitable scent, leaning to one side from the wind. 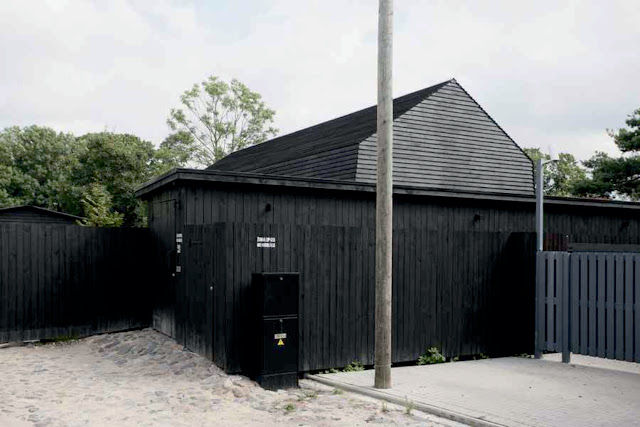 Architect Zaiga Gaile has designed the memorial so that the passage through the enclosed tunnel that begins by the large entrance gate bears no suggestion of the real scale and structure of the building and it takes a while for the visitor to locate its centre. It is astonishing as one realizes that the monolith building in fact is on three levels joined together by an open shaft in the centre allowing a glimpse of the basement from the attic. 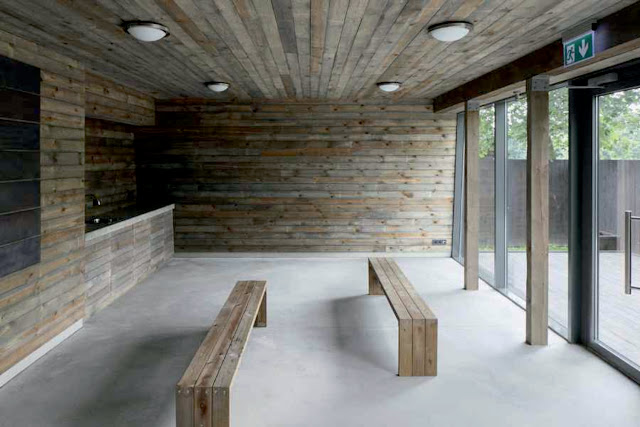 The basement level contains a concreted bunker in the original dimensions with nine bunks dropping down from the wall. The visitor cannot climb down and enter the bunker, only look down into it from above, from the attic. Some everyday objects – blankets, a radio and a bucket – suggest human presence in the bunker. On the first level, right above the bunker, there is the sukkah – a fragile, scaffold-like wooden construction without a roof and with transparent inner walls made of paper. 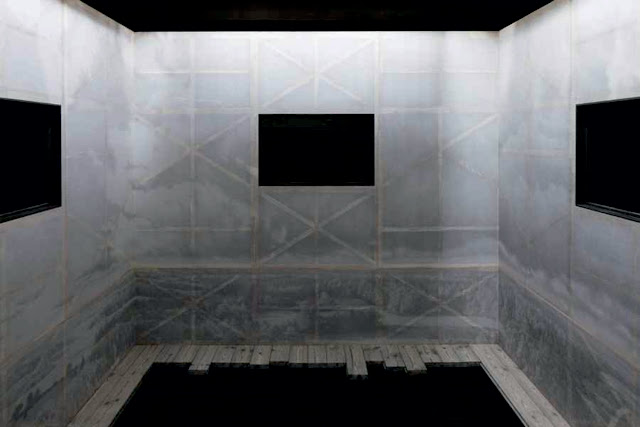 From the outside it is covered with black boards to resemble Lipke’s woodshed. In Judaism, sukkah is a temporary shelter or shed whose religious significance is celebrated at Sukkot or the Feast of Booths. To Jews sukkah serves as a reminder of the tents and other fragile shelters of the ancient Israelites where they lived for forty years after God, with the help of Moses, had freed them from slavery in Egypt but had yet to bring them to the Promised Land. 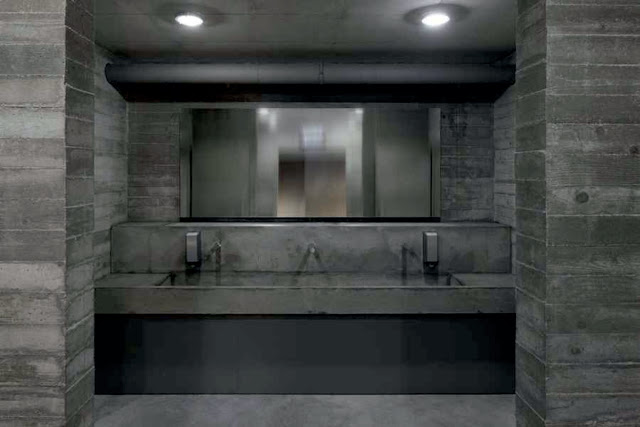 Viktors Jansons, the author of the artistic concept behind the memorial, has conceived of the sukkah as a symbolic double of the bunker: a temporary shelter that seems to be suspended between the heaven and the earth. On the thin walls of the sukkah artist Kristaps Ģelzis has drawn – with light strokes discernible only in good light – a landscape with a verdant valley at the height of the summer. 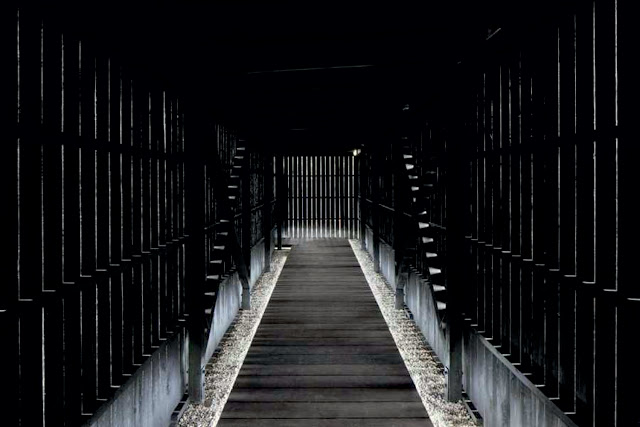 This landscape can be seen both as a meditation on the Promised Land and a vision of the Latvian summer countryside before the war. It is nature in its primeval simplicity and beauty, an archetypical testimony to life, the source of life and constant rebirth. The drawing is dim and less than concrete for it is an image held in one’s memory or an image conjured in one’s imagination by hope and longing for freedom. 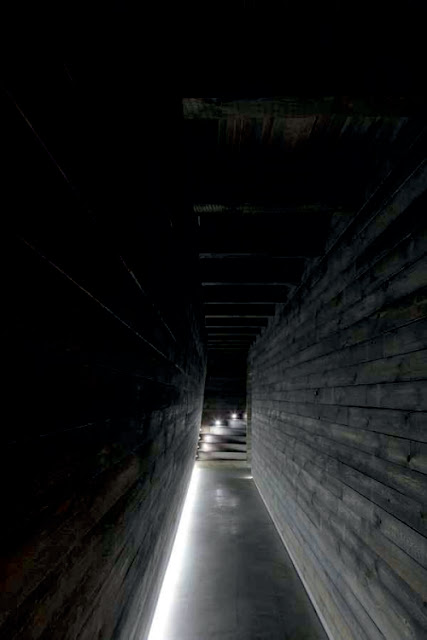 Above the sukkah on the attic level, there is an open hatch in the floor through which the lower two levels can be observed. The authors of the memorial consider it essential for the visitor to look at the real shelter, the bunker, and the symbolic shelter, the sukkah, from above. First of all, it implies looking back at the past from a point in the future where one no longer can discern details but has gained a perspective on the bigger picture: interconnections, immutable values, the intransient. 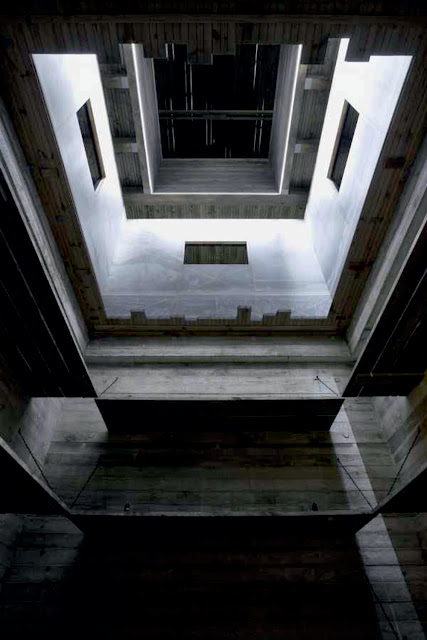 On the one hand, the importance of individual choices is brought home to one. On the other hand, one looks from the vantage point of a narrator or, figuratively speaking, God, for we know that the people who found shelter in the bunker survived the war whereas at the time, they could only hope for such an outcome. 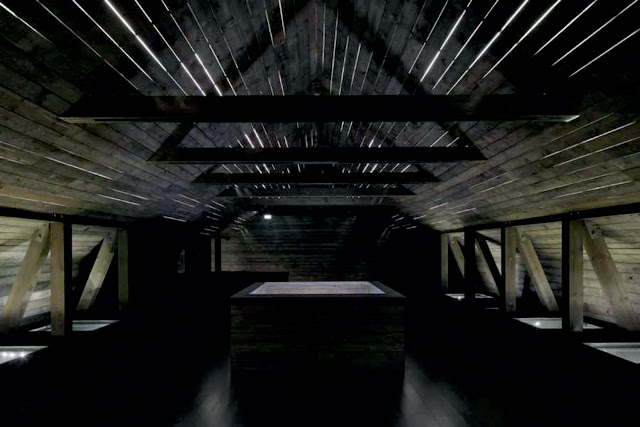 On the attic level, there are a number of showcases that tell the story of the Lipke family, people who helped Lipke with his rescue efforts and the complex personality of Žanis Lipke himself. For more information visit this web site.