“In March 2003, Ron Arad Architects were invited to design the first national Design Museum to be situated in a recently developed area of the city of Holon, a few miles south of Tel Aviv, designated to become a new cultural and educational hub for central Israel.

The local authority commissioned Ron Arad Architects to design a museum which is to be of an international standard, and with the important role of promoting the appreciation of design and architecture in Israel, and of Israeli design both locally and abroad. A collaborative programme-writing process between the Client, Ron Arad Architects and an independent programme writer was initiated, resulting in a detailed briefing document used as the theoretical and programmatic blueprint for the project. 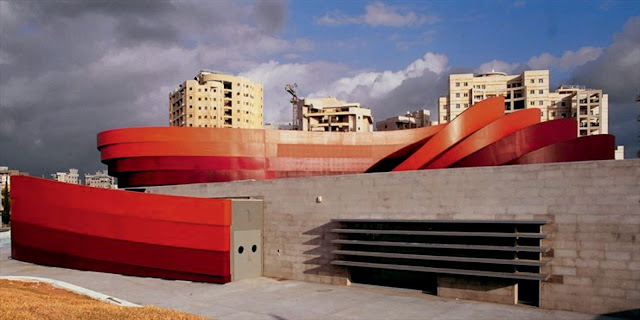 The Design Museum Holon (DMH) occupies a semi-rectangular 3,700m² site. The generous plaza to the north acts as an introductory public space and entrance route to the Museum. The plateau-like topography of the site is articulated by the arrangement of the museum over two staggered levels, connected by an external sculptural ramp – the museum’s prime circulation route. 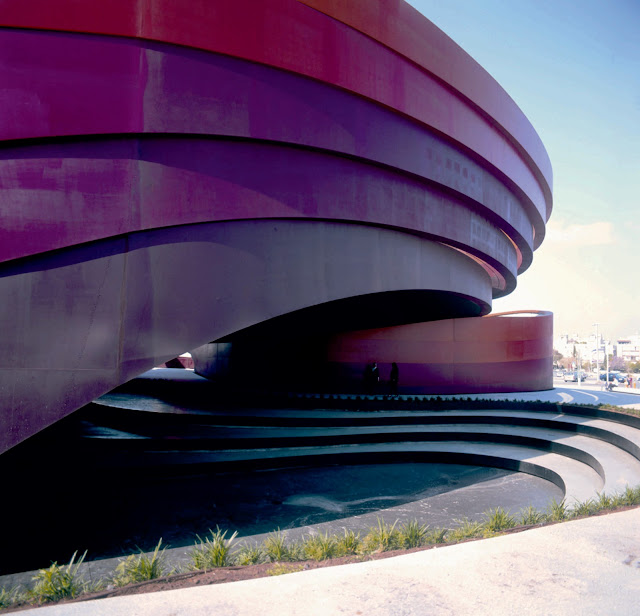 In this way, the route through the museum becomes more experiential, as it leads the visitor through a series of dramatic internal views across the Museum’s internal courtyard. The use of the negative spaces caught between enclosed volumes capitalises on the local climatic conditions which allow near year-round use of external spaces. Alternative, protected routes are available, and both are fully accessible. 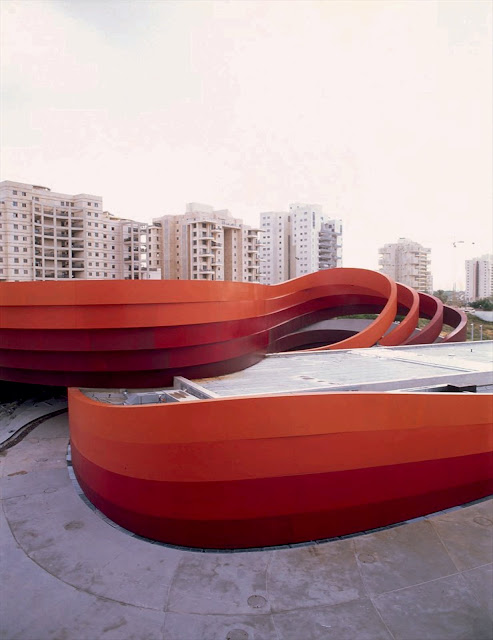 The notion of creating and exploiting the tension between an internal arrangement of efficient box-like spaces, and the dynamic and curvaceous external envelope, is the guiding design principle for the entire museum. The greater part of the museum is shrouded by five distinct bands of Weathering Steel (Cor-Ten) structure which undulate and meander their way in, out and around the museum’s internal volumes, at times in unison, at others apart; at times enclosing space, and at times notionally defining it. 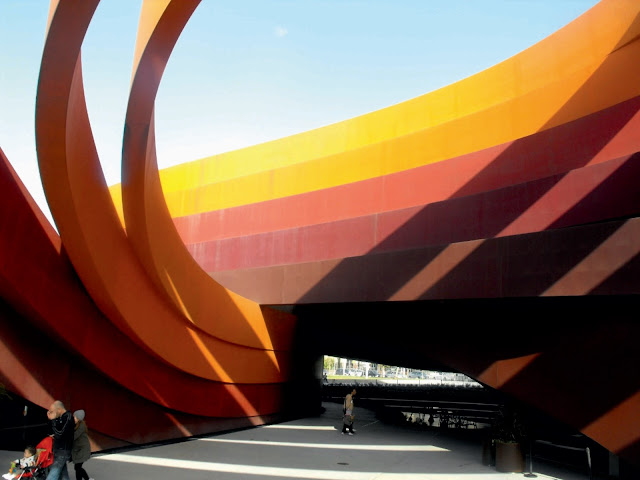 The bands act as a spine for the building – both supporting large parts of it structurally and dictating its posture in relation to its surroundings. The topographic horizontality of the bands is emphasised further by a gradation of treated patinas and the subsequent weathering of the steel over the lifetime of the building, both of which echo the familiar geological striations of the Israeli desert. The bands are never entirely obscured from the visitor’s sight, and act as a visual thread running through the museum.

The Museum’s two prime galleries provide a polar and diverse canvas for curatorial activity – the main 500m² gallery harnesses Israel’s consistent natural lighting potential and is lit via a layered “corduroy” of light reflectors in the ceiling.  The more intimate 200m² second gallery provides a ‘black box’ – allowing additional flexibility. Further exhibition opportunities are provided along the Museum’s circulation routes (two additional ‘mini-galleries’), and in the external spaces encompassed by the Cor-Ten bands. 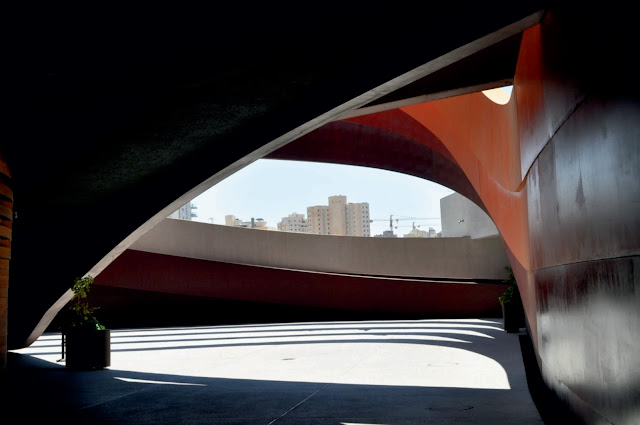 The steel bands were produced in the north of Italy and shipped to Israel in segments (end-to-end, over a kilometre in length) for assembly. The project involved the extensive use of innovative engineering solutions and chemical research, both in Italy and in Israel. The museum which occupies a gross area of 4,090m², was built to an overall budget of ILS65m (£11.1m) , and was entirely publicly funded. Construction began in August 2006, and the Design Museum was inaugurated on the 31st January 2010.” Description of Ron Arad Architects.