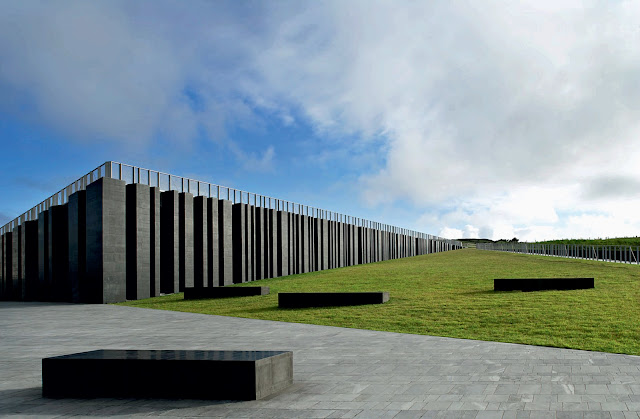 The Giant’s Causeway is an area of about 40,000 interlocking basalt columns , the result of an ancient volcanic eruption, is home to peregrine falcons, seals and other wildlife. 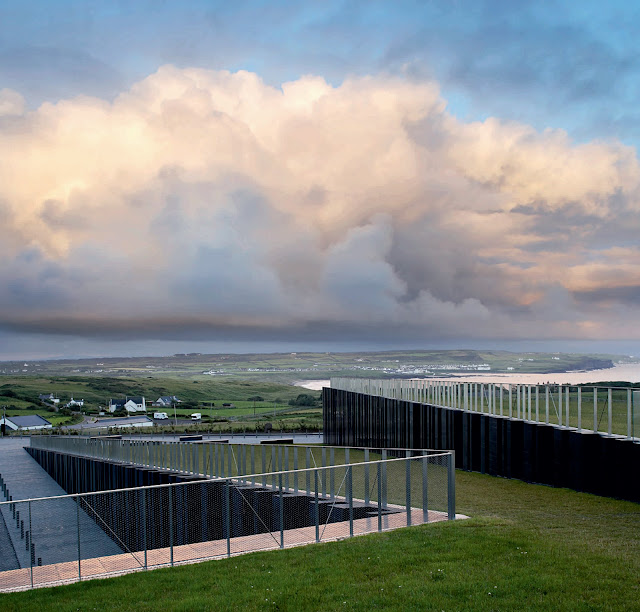 It was declared a World Heritage Site by UNESCO in 1986, and a National Nature Reserve in 1987 by the Department of the Environment for Northern Ireland. In a 2005 poll of Radio Timesreaders, the Giant’s Causeway was named as the fourth greatest natural wonder in the United Kingdom. 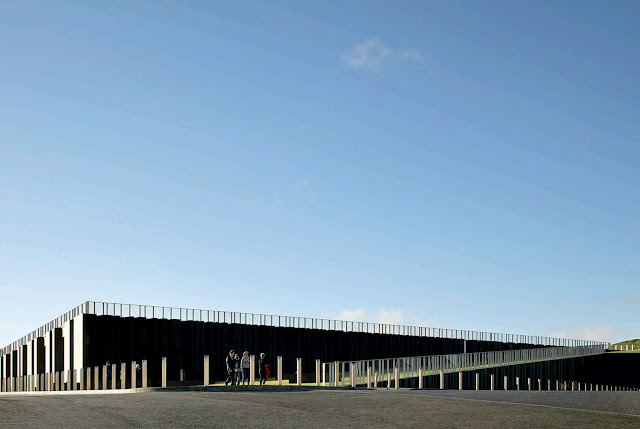 The site is one of Northern Ireland’s most popular tourist spots, so Heneghan Peng sought to create a visitor center that was informational, accessible, and respectful of the surrounding environment. 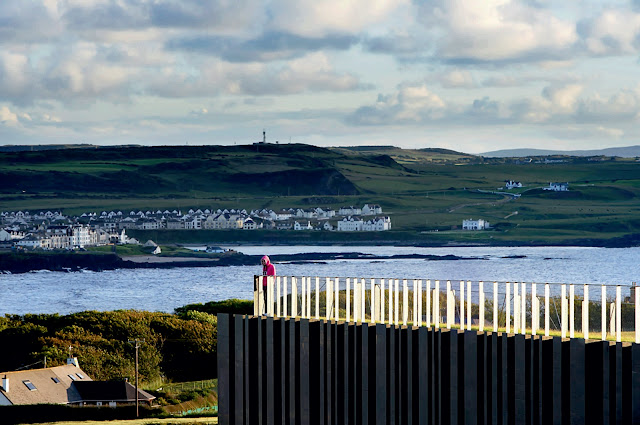 Utilising the large difference in level across the site, two folds are created in the landscape. One, extending the line of the ridge, accommodates the building. The second, extending the level of the road, screens the car park from view. 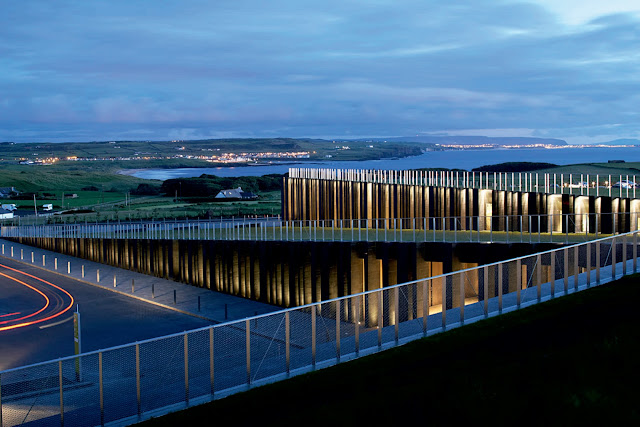 The 1,800-square-meter facility consists of two levels, and its layout blocks the parking lot from most scenic views. The main building is made from the same quarried basalt material found nearby to seamlessly intertwine the building with its surroundings. 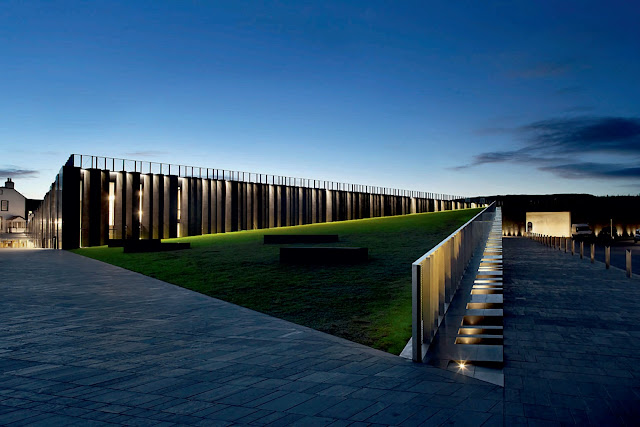 The aspirations for this project in every way are of the highest order as befits its location, excellence in architectural and landscape design, excellence in sustainable practices and construction. 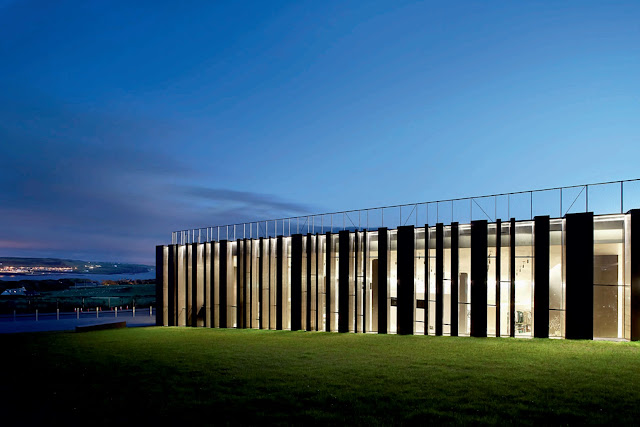 The visitor center’s BREEAM Excellent Rating (a British environmental assessment system similar to LEED) is due mainly to its strategically deployed systems. 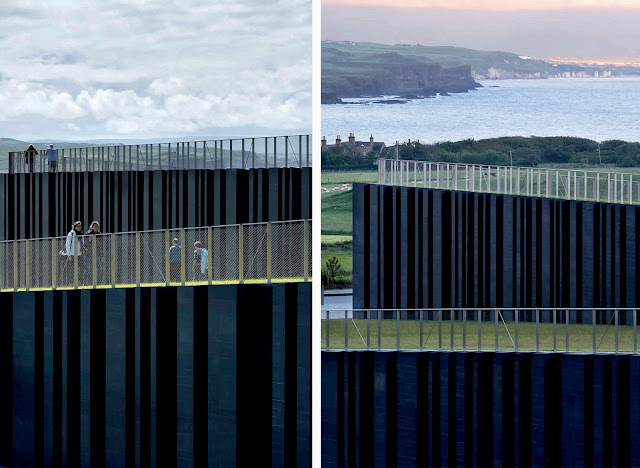 A geothermal heating system is installed throughout the parking lot, while a meter of earth pipes next to the main building helps to cool the center. The center’s recycled concrete walls also insulate the building, while rainwater recovery and a green roof make the best use of Ireland’s heavy rainfall. 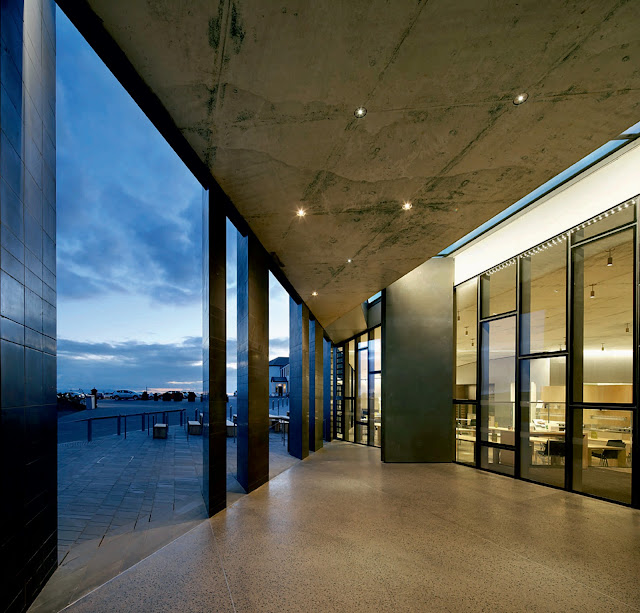 The cafe has been situated close to the main building entrance with a long view to the coastline. The visitor ends the route through the building by exiting onto the access road to the stones.