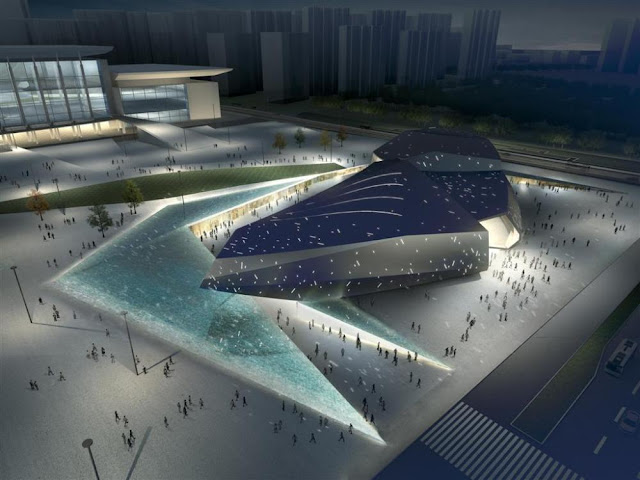 “Jinan is one of the most important birthplaces of Chinese civilization. It has deep roots of culture and art and is the capital state of Qi Lu, the famous historical and cultural city. Jinan is the intersection of Ji culture and Lu culture; it brings together the charm of Qi and Lu, and integrates the essence of Ocean and Mountains. It is the center of Qilu culture. The rich cultural resources provide Jinan with a solid culture industry base and a huge development potential. 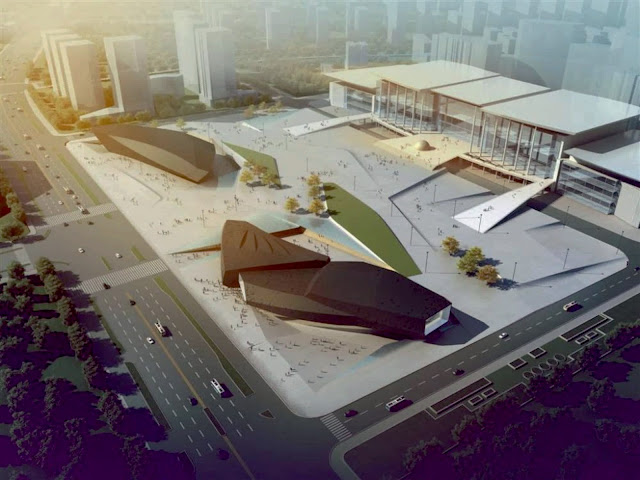 The city of Jinan has a strategic location supported with a good transportation hub (Yaoqiang International Airport, Beijing-Shanghai and Jinan-Qindao high-speed train lines, several important highways and an important transport artery that passes through the city). By having this strategic location supported with good transportation hub, Jinan has lots of potential advantages and opportunities for development. 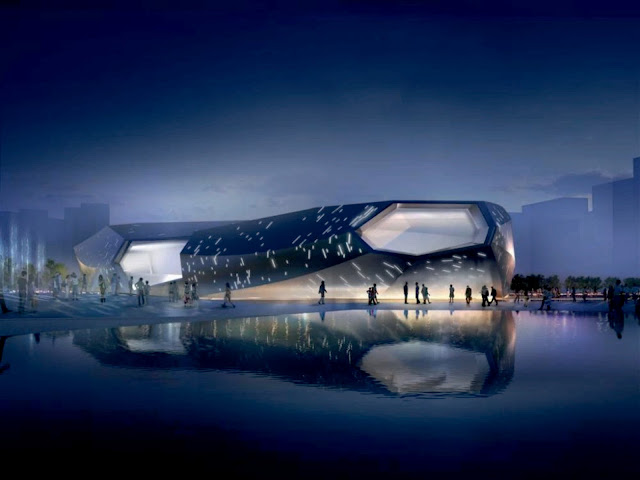 The High-tech science and technology cultural center is located in the hi-tech zone in front of the international conference and exhibition center, near the cross between Industrial South Road and Northwest Exhibition Road.

We use the latest technology to create the shape of the 3D model; we believe that these buildings need to reflect the cultural flavor of Jinan in eastern and local specialties; this is a place of modern and Technology and the software language used is able to describe the soul of the location. 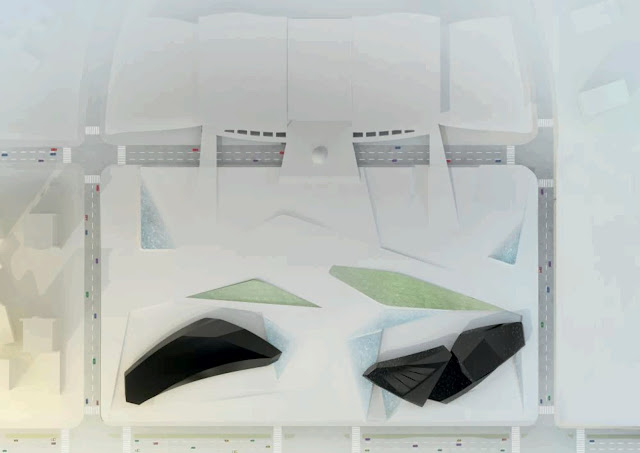 So we made a unique exclusive design, showing all its modern character. The result is a strong contrast between the organic approach in the genesis of the soften edges of the new buildings and hardness of the surrounding buildings. 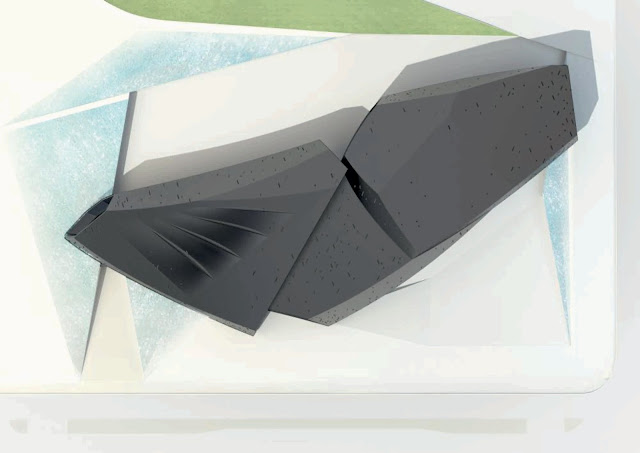 The project is constituted by two buildings and a square. Both buildings are independent but connected. The two buildings, like dancing stones are placed in an urban stage that is the square. The organization of the parts is symmetric; the dancing stones are located in each side of an axis. Like the city of Jinan, that has the east part and the west part linked by the center of the city which is the most cultural part of it. 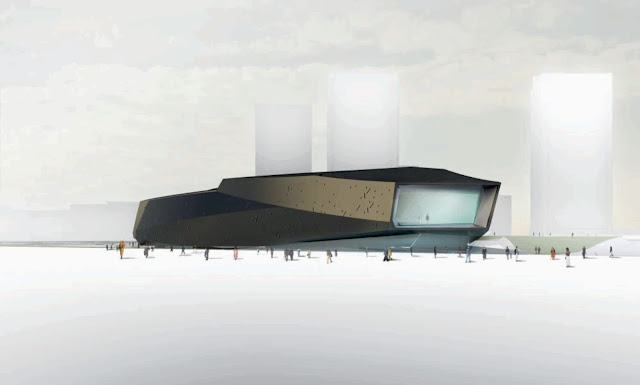 The square symbolizes the city; the two buildings represent the two sides: the east and the west, both parts linked by the square and in balance thanks to the “culture” which gives life to both of them and to the entire site. The square was renewed in order to emphasize its role as an urban stage and regenerator. All stairs were removed except the one in the north-center, where the stairs work as a stage box. 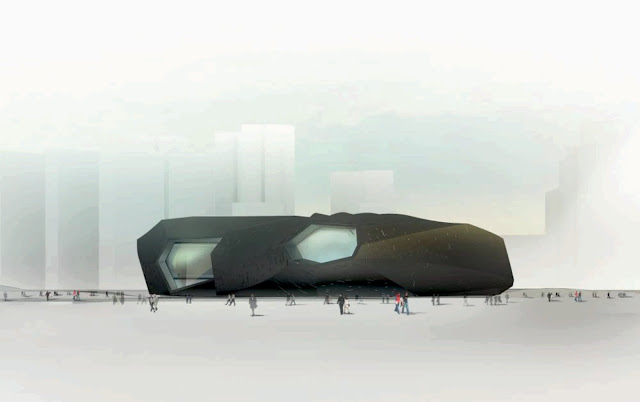 The rest of the circulation of the square works by using ramps; ramps that allow a free movement without obstacles. The ramps generate topography that along with the green areas reminds the mountains were these stones were picked… The water is the river, the river that shaped the black stones. In the square the water is still and also comes out from inside the earth as a spring.
The north part of the plaza has the function of exhibition space and the south one holds the two buildings. 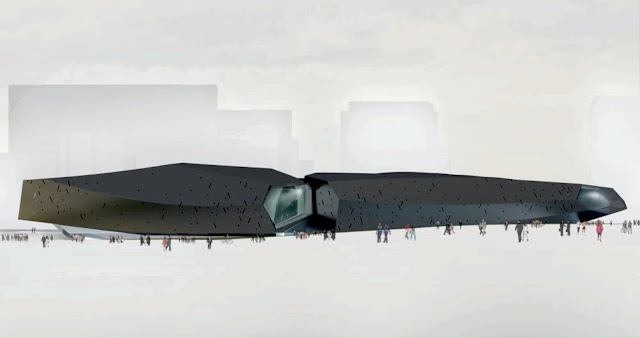 Materials:
Steel reinforced concrete structure.
Due to Jinan special seasons, building materials need to support high inertia (such as concrete, stone or ceramic).
Jinan lies between a humid subtropical and humid continental climate with four well-defined seasons. The city is dry and nearly rainless in spring, hot and rainy in summer, crisp in autumn and dry and cold in winter. Skin: black ceramic.” Description of RTA-Office.