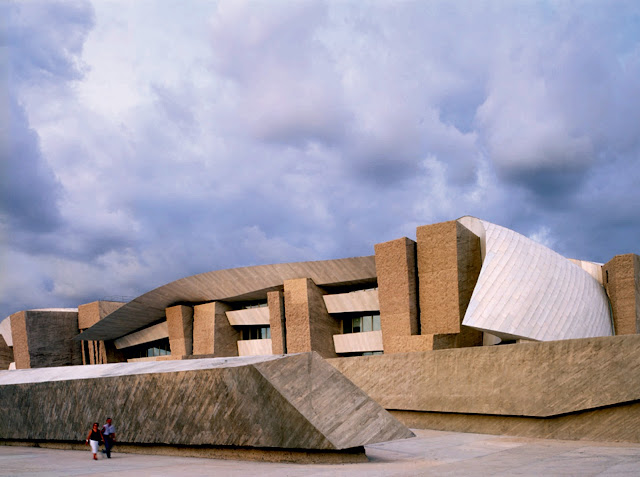 The southeast of Tenerife Island is a barren land – a semidesert shielded by the volcano Teide (at 3718 metres the highest peak on Spanish territory), whose sparse vegetation rather betrays the close proximity to Northern Africa than to the distant mother country. 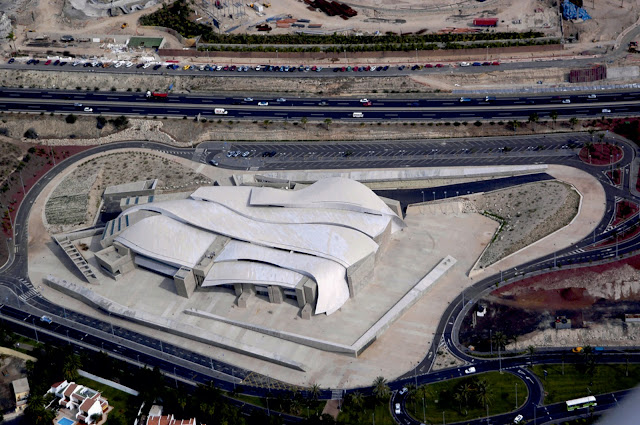 If it was not for the booming tourism, one would have very little reason to suspect the existence of arger human agglomerations here let alone one of the most important public buildings to be built on the island for the last decades. 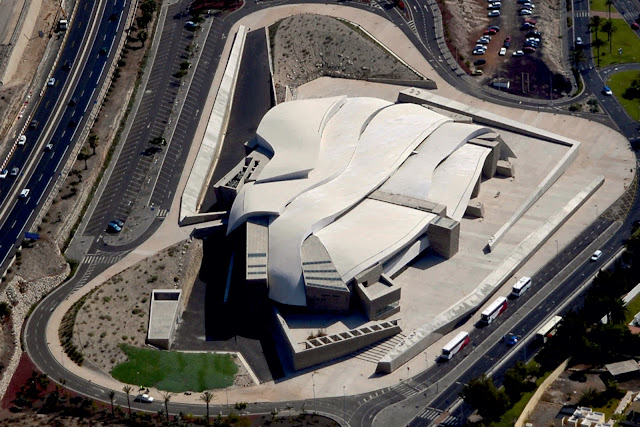 The 30 million Euro project MAGMA was originally planned as a pure congress centre, but during the planning phase the brief was extended to include the-atre and concert facilities as well ﬁnally a complete auditorium was added. 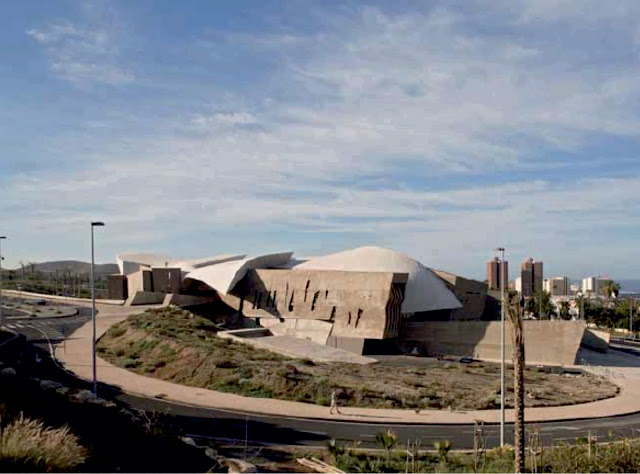 In the future the building is to host regular concerts by the Orquestra Sinfonica de Tenerife, which so far mainly performs in the auditorium of the island’s capital Santa Cruz that was designed by Santiago Calatrava and opened in 2003. 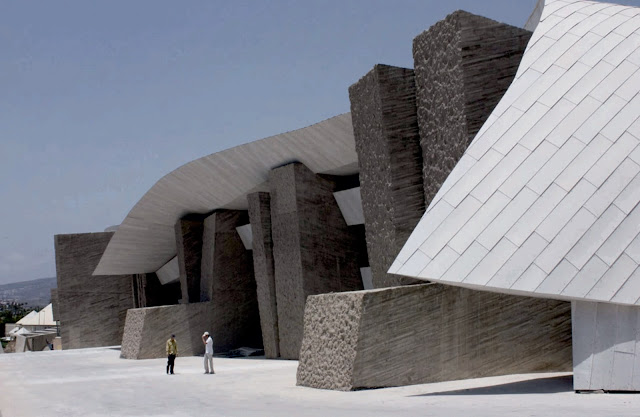 Last not least, due to its good traffic location MAGMA is expected to become a focal point for Southern Tenerife’s economical and cultural development: the motorway bound for Santa Cruz runs directly behind the building. 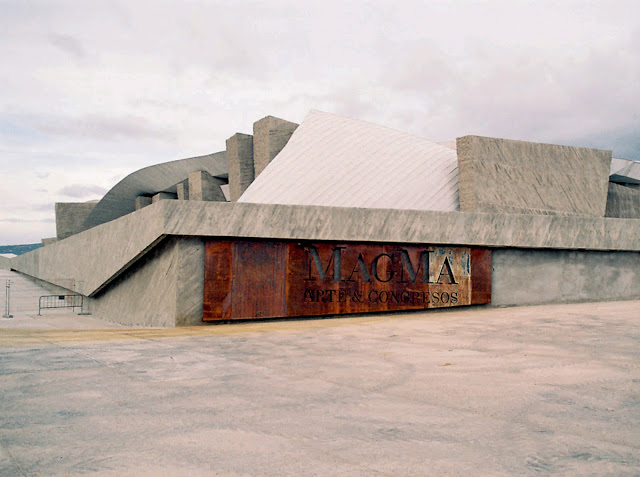 The site was partially excavated out of the slope; facing towards the sea it forms a raised platform with a number of ramps running up to it.

At ﬁrst glance, the congress centre situated above the town of Adeje curiously both draws on elements of international expressionism and a certain classic, tectonic heaviness, which the Spanish architecture of recent years has rediscovered. 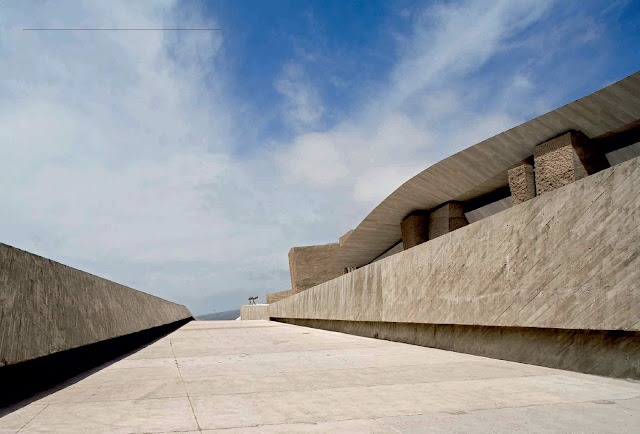 Fernando Martin Menis is well aware of this ambiguity of his design: He writes: ‘From a distant point of view, the building presents itself as an arrogant construction in its forms, expressive and strong, while in short istance it dissolves in the territory, blending with the environment. 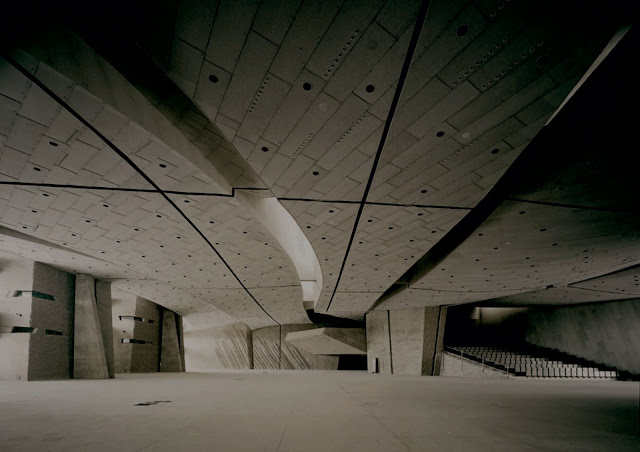 Striving to label the unusual new building of Adeje with a common stylistic tag many critics have already likened it to Frank Gehry’s architecture. Just like the Californian in his best buildings, Menis also plays with the tension of solid cubes and undulating roof elements. 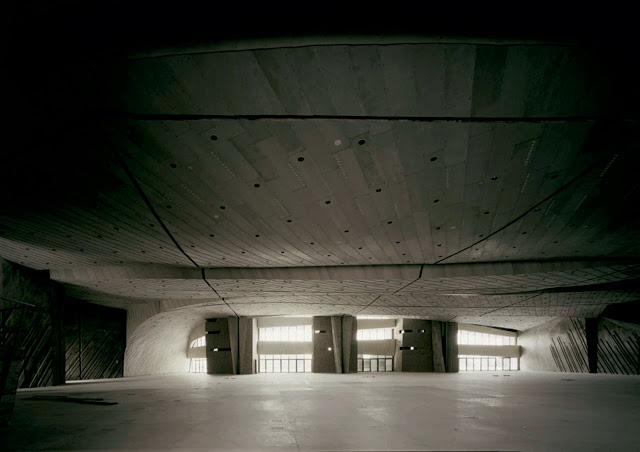 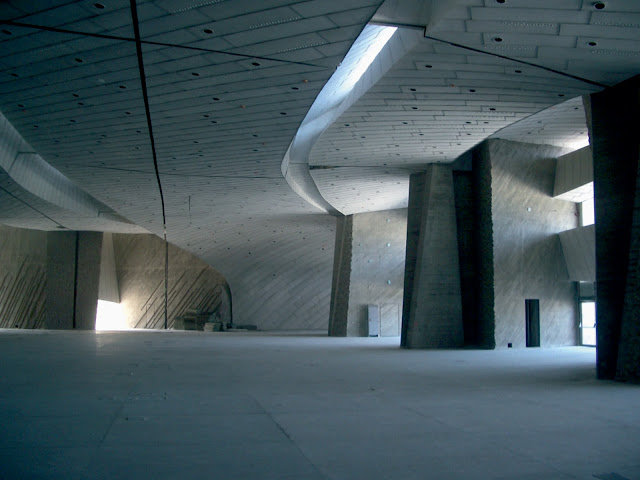 Behind the parapet the contours of the ﬂ at crouched building are perceptible to the right. Left The two surface materials of MAGMA are fair-faced concrete and ﬁbre cement shingles. The front sides of the concrete walls were treated with a jack-hammer, in order to generate the appearance of weathered volcanic rock. 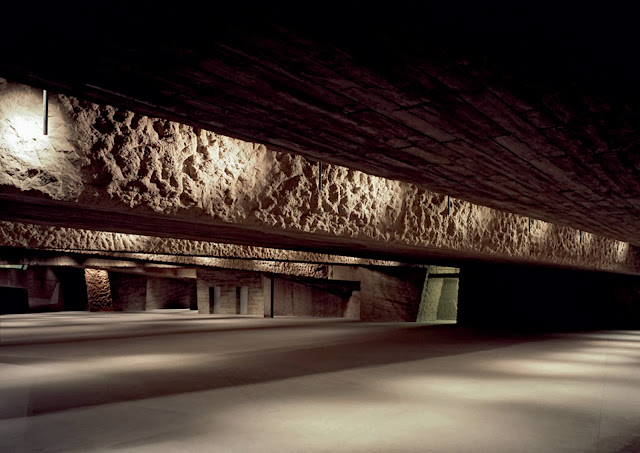 TopOverall elevation of the building compex as viewed from the slope above the town.  From here, the alternation of bulky concrete cores and the wave like ﬁbre cement roofs gliding across becomes visible.