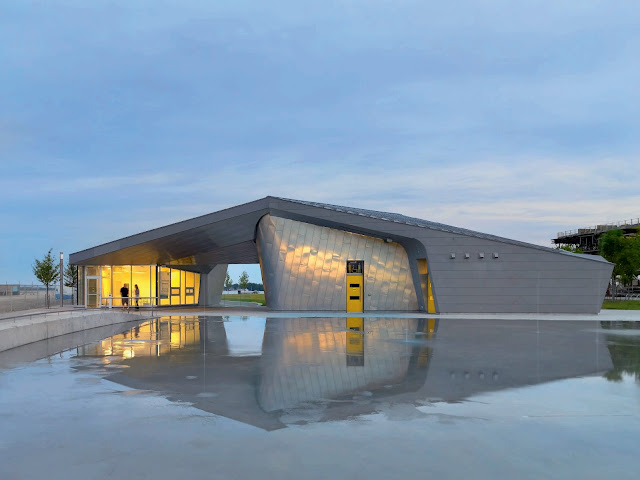 A significant new public space on Toronto’s waterfront, Sherbourne Common Pavilion is conceived as a memory of a lost landscape. The park design is a contemporary topographic abstraction of a pure stream, reminiscent of the one that used to run through the historic site, into the lake. 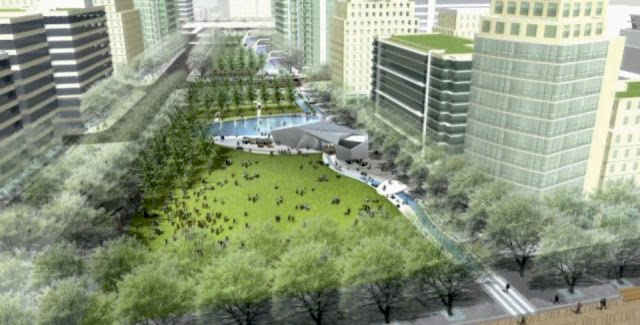 The sculptural form of the pavilion was generated through extensive collaboration with landscape architects, artists and civil engineers who designed the storm water purification for the entire waterfront. The structure is a physical embodiment of the overall vision for the park that focuses on public interaction and connection to water, specifically Lake Ontario. 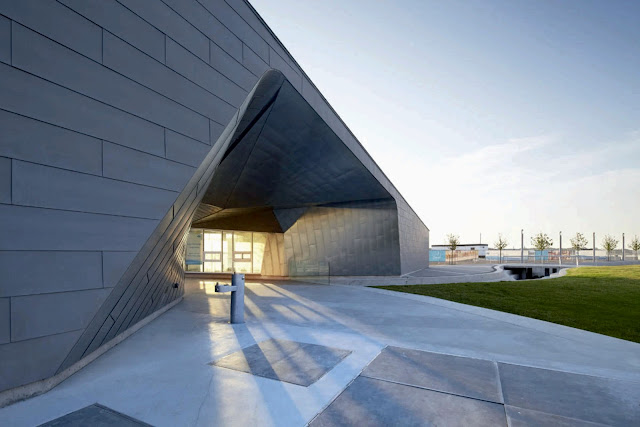 The pavilion plays a significant role in the water purification process, while inter-connecting the various elements of the park. The pavilion sets out to demonstrate that striking sculptural form and good urban design are not antithetical, but complementary. Rather than placing a discreet structure in the new landscape, the new pavilion acts as a grounding marker, an urban connector that straddles the different elements of the park. 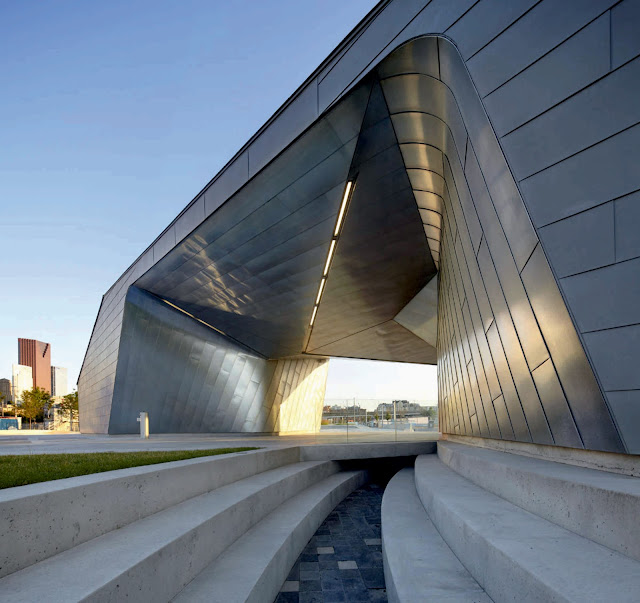 It marks the intersection of the numerous park programs: The Skating Rink/ Splash Pad, the Water Channel, the Lawn/Outdoor Amphitheater, and the hardscaped Playground. The project presents a kind of dualism –on one hand, it can be read as an iconic form: an exciting sculpture with an urban backdrop that is experienced from the lake. 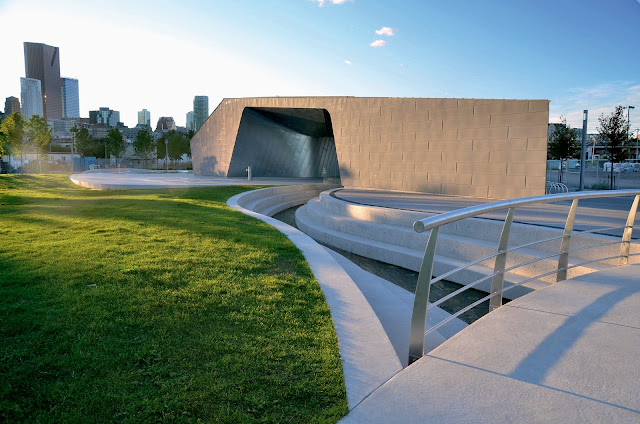 On the other hand, the pavilion can act as a lens through which the city sees the waterfront: a framed connection between the built urban landscape and Lake Ontario on the horizon. The structure houses washroom and changeroom facilities that support the skating rink/splash pad as well as a concession for food and beverages. 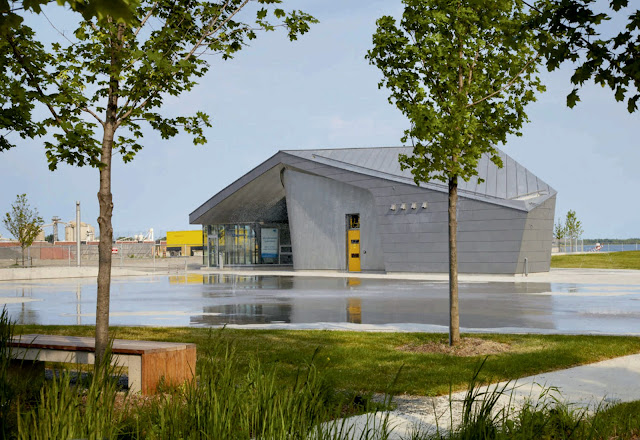 It also accommodates the rink chiller equipment, zamboni maintenance tools, and UV filtration equipment for the entire site. The pavilion’s environmental approach is two fold. It plays a key role, as does the park as a whole, in purifying the storm water from the adjacent area and displacing its return to the lake. 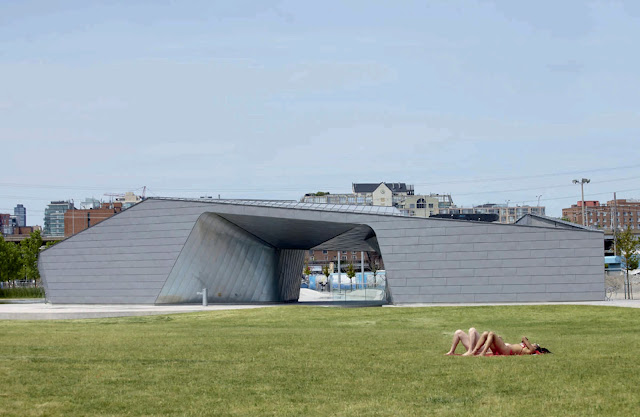 The basement of the pavilion also houses a state-of-the-art UV water filtration system that reduces the need for large-scale infrastructure along the waterfront and uses the grey-water in the toilet facilities. Largely through these energy efficiency measures, Sherbourne Common Pavilion will achieve a LEED Gold status with 9 energy points.

Open year-round, the project employs sophisticated rainscreen zinc cladding applied over a steel structure to achieve its complex three-dimensional form. Zinc roofing is also employed as the building is largely seen from above: from new high-rise housing situated around the Park. The exterior surfaces of the pavilion have a soft, patinated texture, while the underbelly is polished, ensuring that the space under the arch is bright and welcoming.