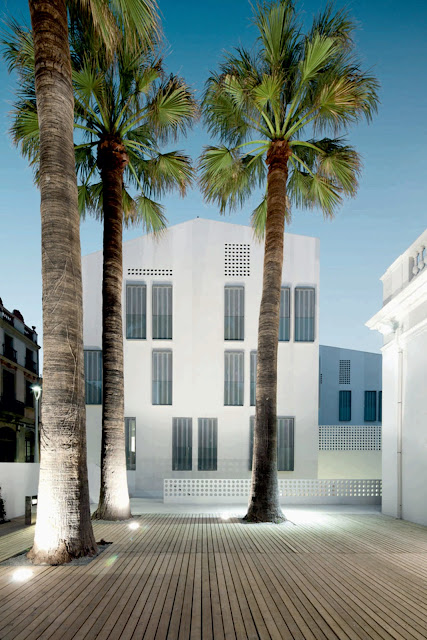 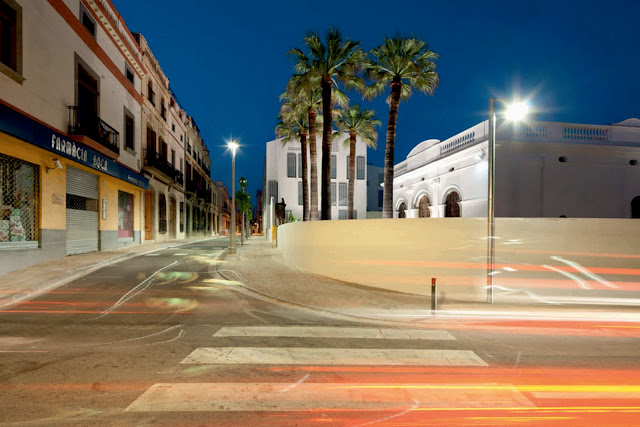 Situated on the Riera de Cabrils watercourse, it occupies part of a street block that used to include a factory. Part of the demolished factory was left intact in one of the facades as homage to its historical origins.

Its historic and heritage value and the strategic position it occupies in the town as a whole led the Council to consider it the ideal venue for a cultural facility, completing the complex with a social housing block. 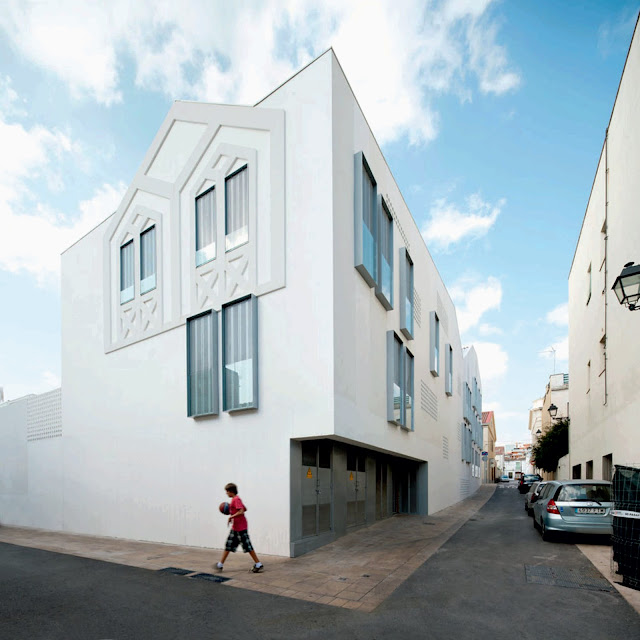 During the implementation of the facility’s programme it rapidly became apparent that it would be impossible to accommodate all the necessary uses in Can Bisa, which is basically given over to council offices; the auditorium, bar and meeting rooms are therefore arranged on the ground floor of the residential building. 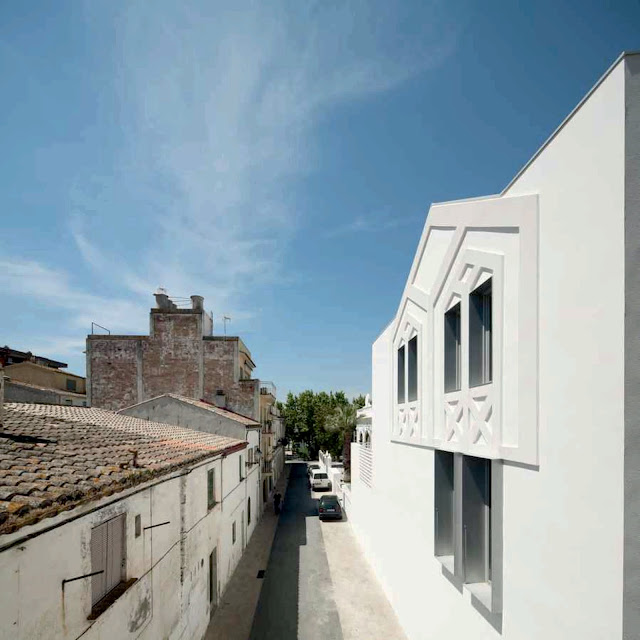 For the dwellings, the General Plan specified two volumes of different heights, joined to form an L-shape that respects the width of the streets and mounted on a larger base which is envisaged to accommodate the auditorium. 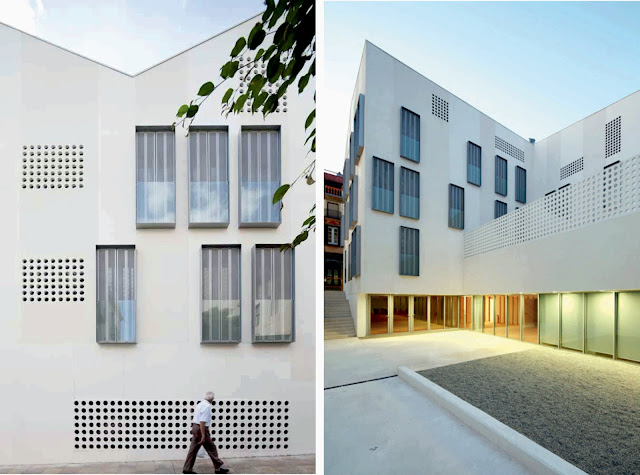 The aim of the project was to unify the volumes by means of a single sloping roof, construct a continuous façade onto the streets, leading to the dwellings, and lay out the interior volume to encourage interrelation with the mansion.

The passage generated between the two buildings becomes the main entrance to the complex. 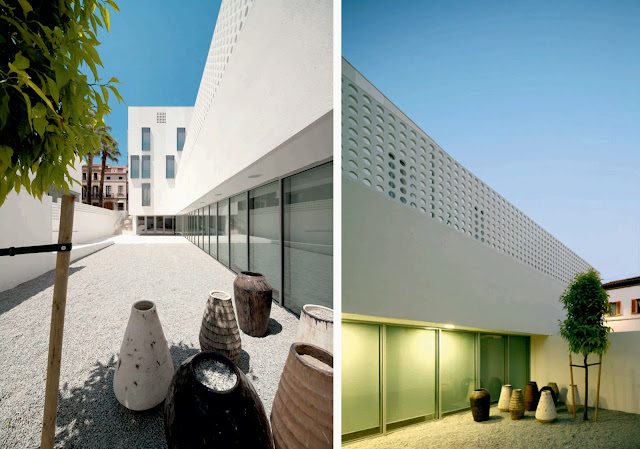 Its dimensions are more suggestive of a courtyard and, together with the gardens around Can Bisa, it comprises a series of leisure and recreation spaces that complement the activities offered by the facility. 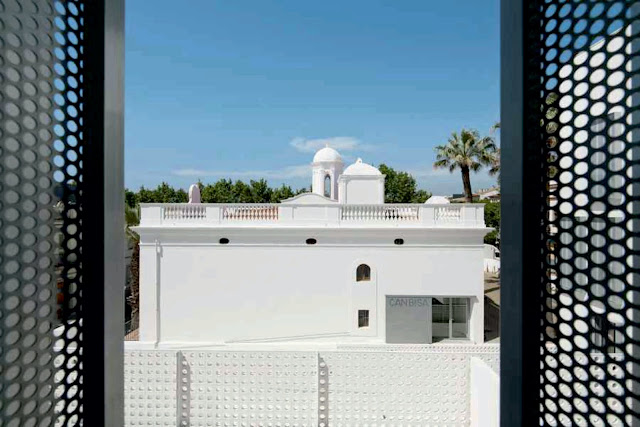 Ceramic planters designed specially by the artist Carme Balada serve to organize the complex. Both the housing block and the mansion are given a textured finish of white stucco, in strips of varying widths. 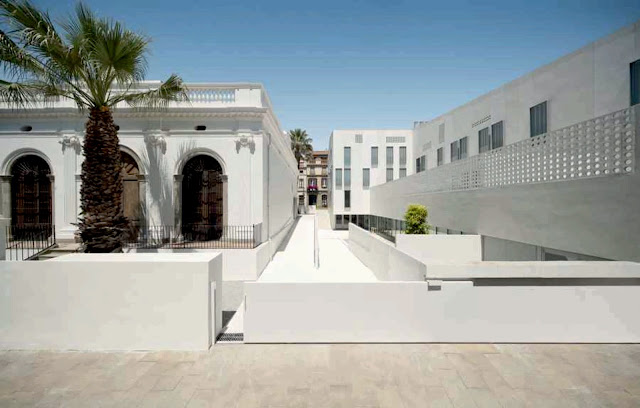 The balconies and shutters are made of metal, with masonry lattices. Part of the old factory is retained in one of the façades to bear witness to its past.