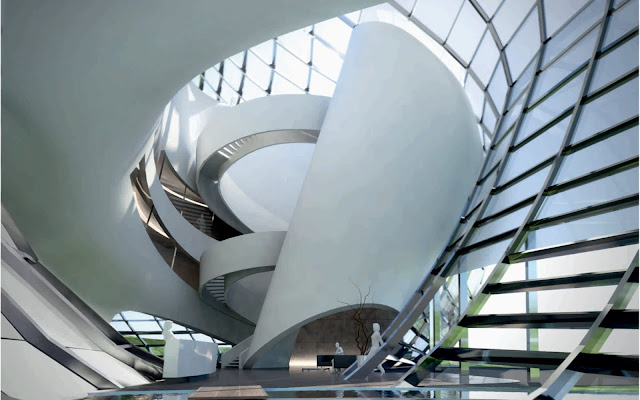 “On November 12th, 1999, the city of Düzce was shook by the 7.2 magnitude Düzce Earthquake. The remaining architecture is a wild mixture of quick reconstructions following the disaster. 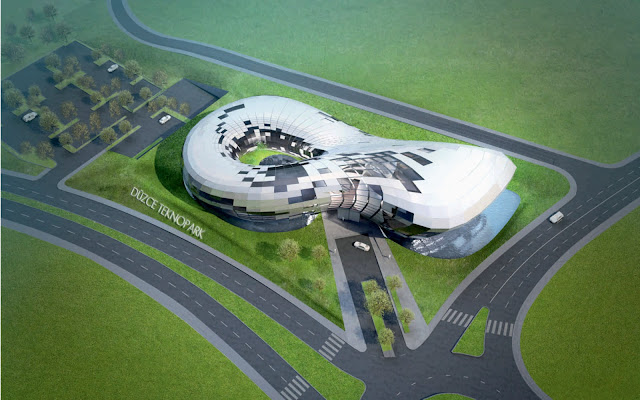 In 2002, the University of Düzce was founded to attract young people and has since become a new center and one of the main driving forces for future development in Düzce. The idea and initiative for a new technology center, Düzce TEKNOPARK has its origin at Düzce University represented by Rector Prof. Funda Sivrikaya-Serifoglu and assoc.Prof. 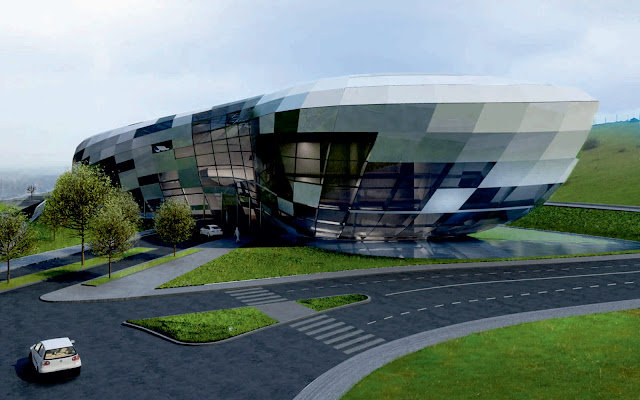 Serkan Subasi and has found broad support in industry with the result of the establishment of Düzce Teknopark A.S.. The building will be situated on a geographic saddle, at the same time being overviewed by Düzce University´s rector´s building while having a great downhill view of the whole Düzce University campus. 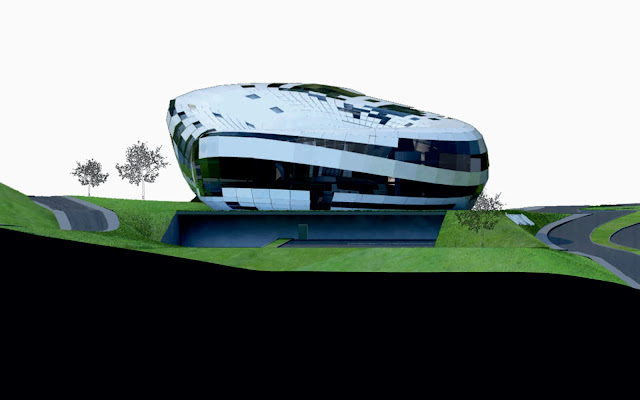 The fact that the building can be seen from a bird’s eye view represents an unique situation which requires the “fifth” façade – the roof – to integrate seamlessly in the overall design. Infinity of science and the convergence of industrial and academic research has inspired II Architects int to develop a looping multifunctional mono shell for Düzce TEKNOPARK. 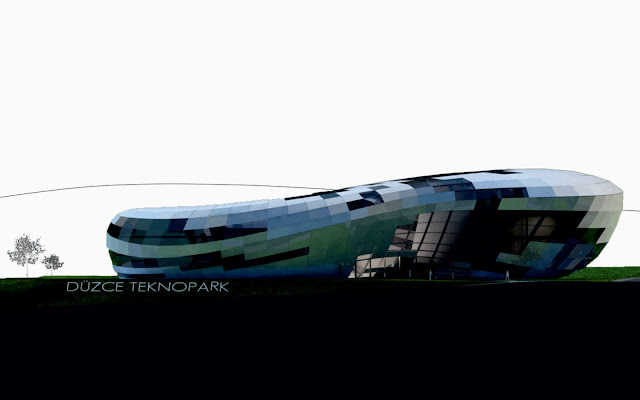 The exterior and interior space is covered by a 3-dimensional, endless, biomorphic double-façade. The environmentally self-sufficient and self-supporting building envelope will house office spaces and research labs for industry and university spin-offs. For the foyer, the double façade twists like a conch shell to an atmospheric entrance space. 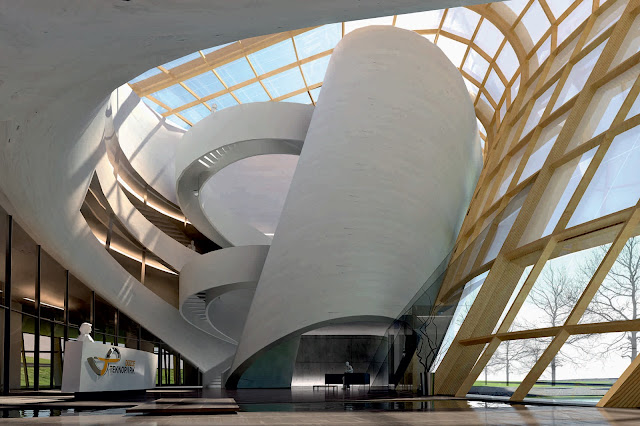 In the entrance area the inner skin detaches from the outer shell winding around the main stairs –  twisting and hovering in the air above the foyer, while offering a direct view from the entrance to the inner courtyard. 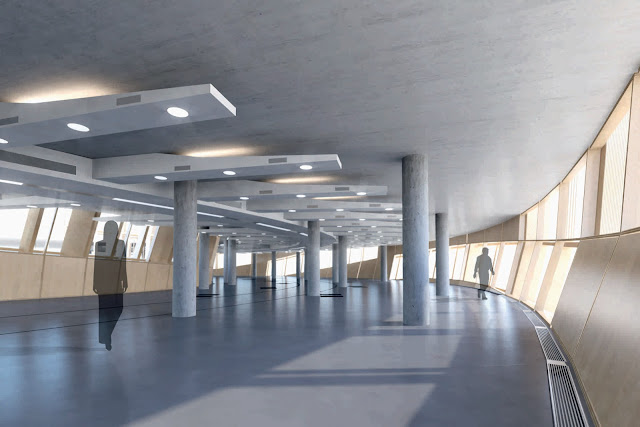 The monoshell-design of the outer façade is also expected to have a positive impact on the building’s earthquake behavior and microclimate. Its compact shape with a inner courtyard for recreations provides shelter from the heavy winds of this region. As an innovative building for the 21st century, Düzce TEKNOPARK shall represent the pulsating economic and technological development in this region. 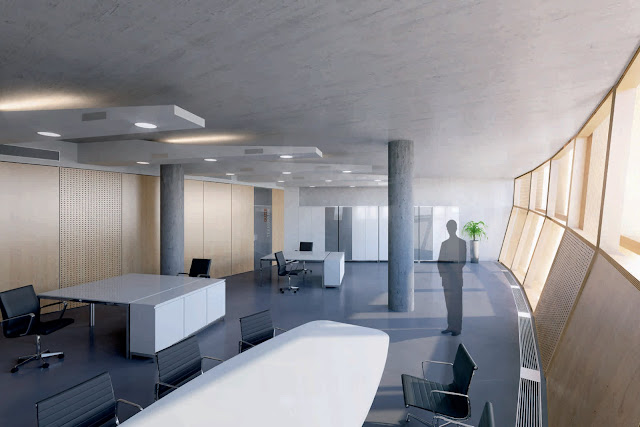 It will mark a new era for the city and a strong statement for the positive spirit after the devastating 1999 earthquake. With its innovative “green” concept and the multifunctional mono-shell of the building´s envelope Düzce TEKNOPARK is expected to be a new sparkle in the city´s landscape and a trailblazer of Turkey’s academia and industry.” Description to the architects. 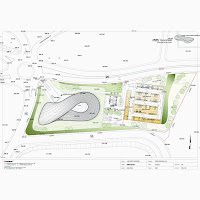 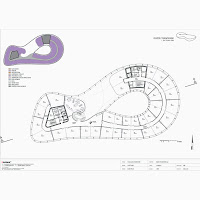 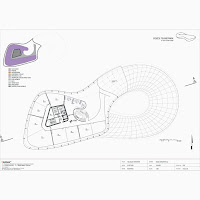 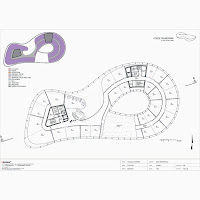