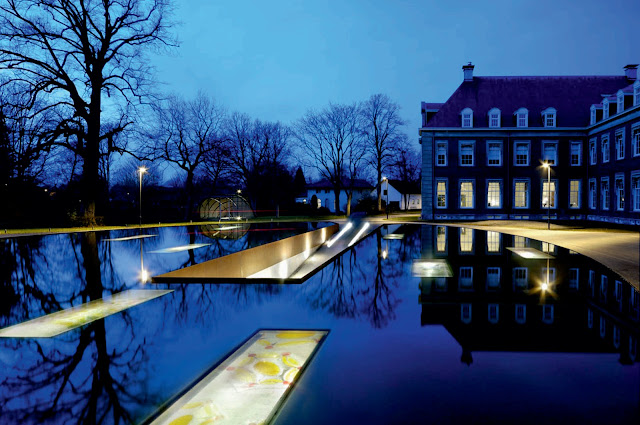 Hosper drew up the urban and landscape master plan, a design for the land of the Hageveld estate and the (detailed) design of the ornamental lake on top of the underground car park. 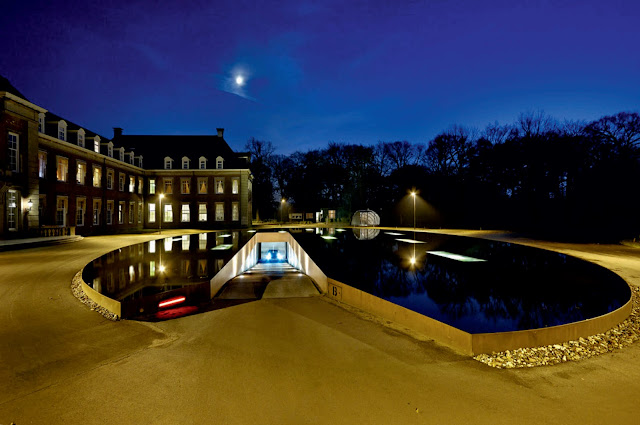 The estate had previously been a seminary, and part had been used as a secondary school. Although Hageveld still had allure, the vegetation has been neglected and the Voorhuis (front section) was vacant. In 2002 the new owner wished to transform the Voorhuis into a block of (luxury) apartments. At the same time the Hageveld Atheneum College wished to expand the Achterhuis (back section). 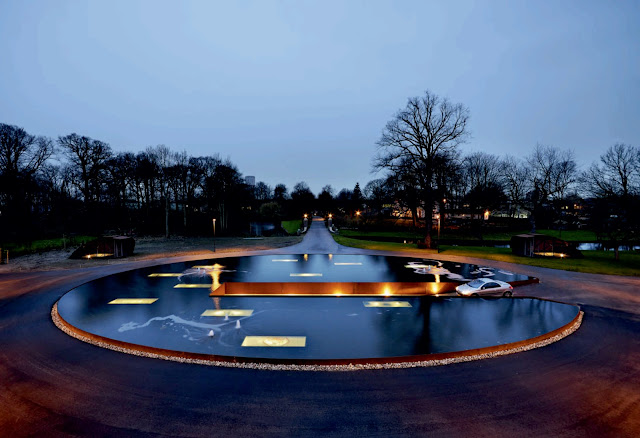 The spatial design of the estate is based on three concentric shells, each with an individual character. The main building forms the core, which is surrounded by the lushly-planted estate and, outside the estate, farmland. The two outer shells function as a (landscape) park.The implementation of the master plan resulted in the restoration and improvement of the structure of the greenery and water system of the entire Hageveld estate (140.000 m²). 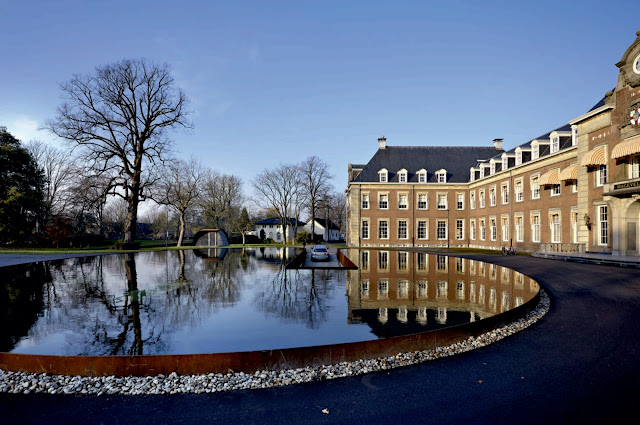 The green character of the estate has been enhanced, in particular around the main building. The buildings now stand ‘with their feet in the grass’ for as much as is possible. Land on the west side of the estate was bought to restore the severely neglected planting. Trees were planted on this land. The circuit of paths and views has been restored and expanded. 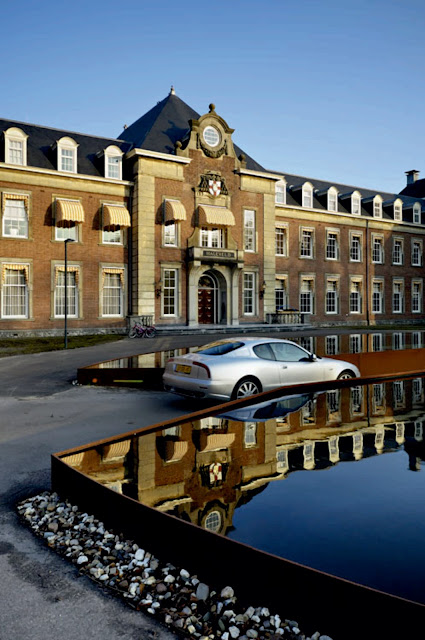 A plan has been drawn up for the Voorhuis for 60 apartments of varying size. Two parking spaces required for each apartment would need to be right next to the building. The sole solution that complied with the functional and ethical requirements was the construction of an underground car park immediately in front of the Voorhuis. 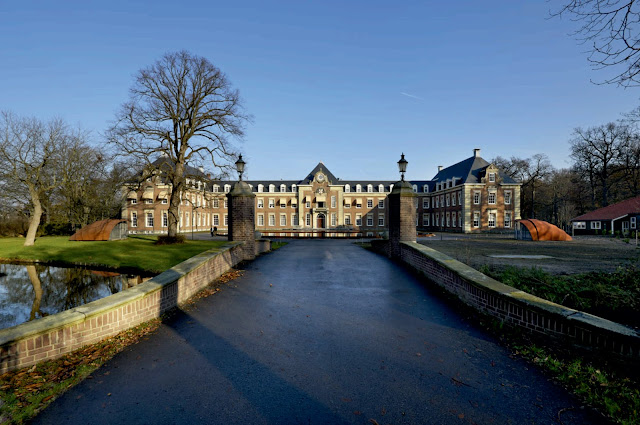 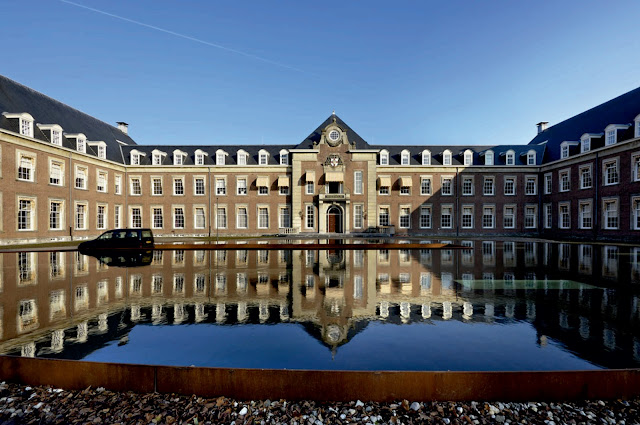 The openings are covered with coloured glass panels, each of which is an individual work of art. At night-time the light from the underground car park shining upwards through the panels results in a very special effect. In addition, the liveliness of the water is increased by the special fountains that are switched on at intervals and produce small bubbles just above the surface of the water.