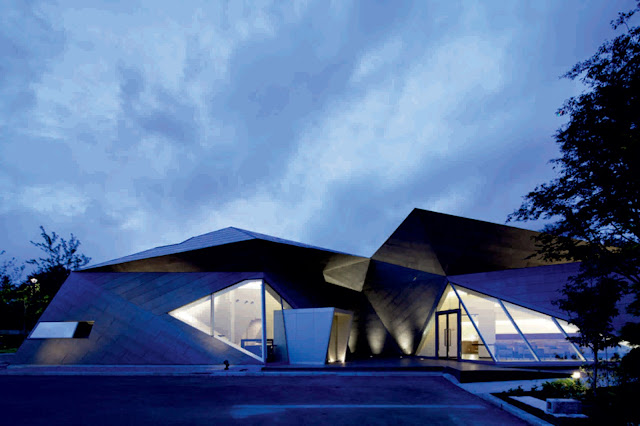 Located close to the area of Yatsugatake Mountain, in Nagano, Japan, this cultural museum complex was completed in 2011 by Yasui Hideo Atelier. 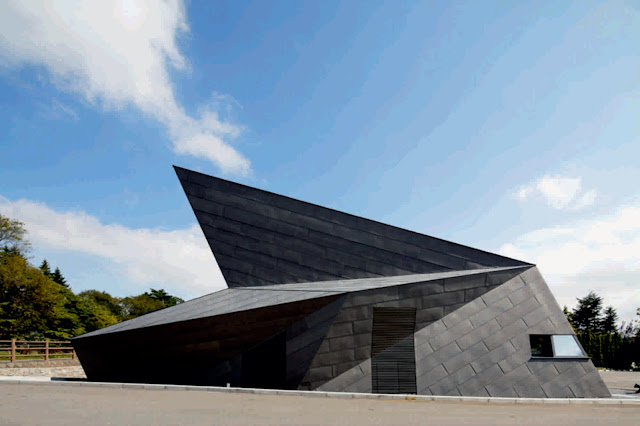 “The inspiration came from ORIGAMI, the well-known Japanese paper craft technique, which I united with the nature found in the site of Yatsugatake mountain area in Nagano – Yasui Hideo says – 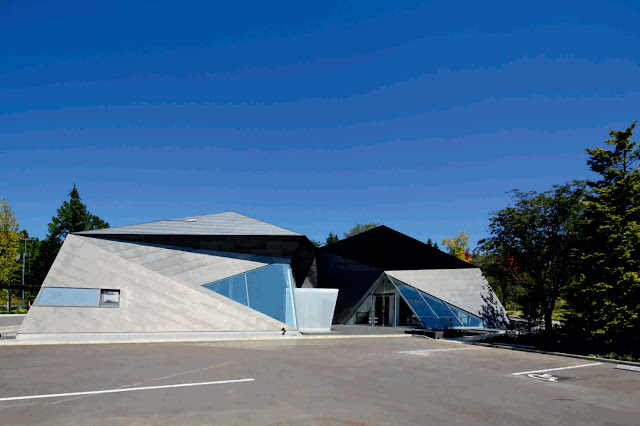 Since the facility is located next to the world famous Japanese artist/painter’s museum, I wanted to harmonize Japanese traditional element and Japanese modern aspect and create an unique architecture. 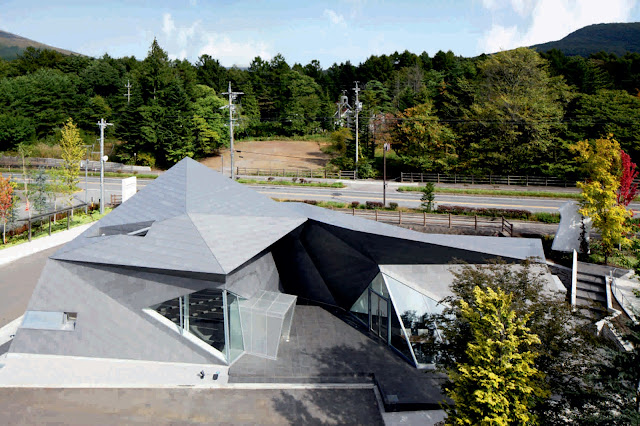 I totally wanted to differenciate my work from the museum designed with lots of curves; I used straight lines to make a significant contrast, while showing its originality, but still, 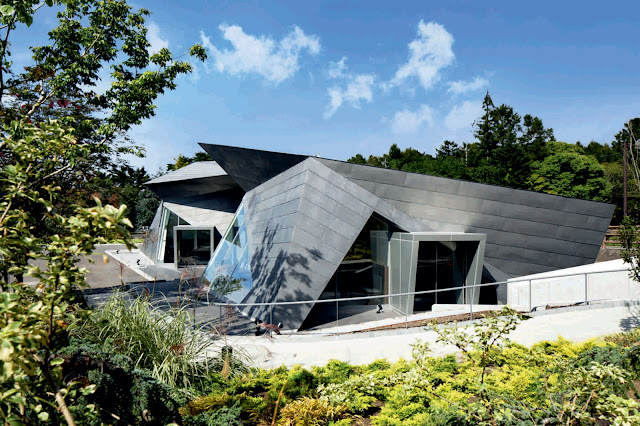 I think my work has a well-balance with the museum. I would say developing ORIGAMI object to a real architectue has been a big challenge; at first, I created objects from paper with ORIGAMI technique, then I developed the structure to a real architectual one by playing with different triangler parts.” 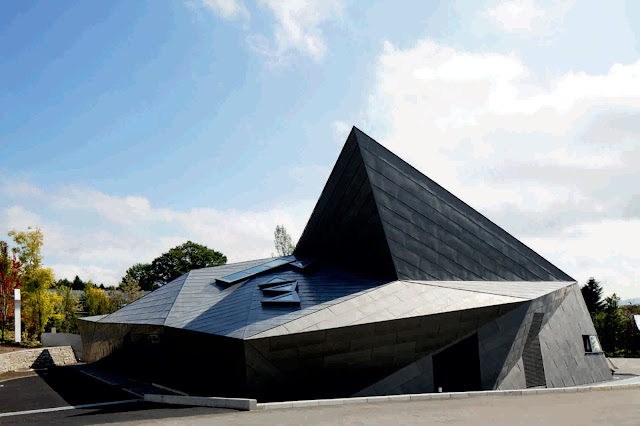 The architect shares that he had to draw and create different origami objects in order to acquire the origami technique and he interpreted it in his own way and implanted it into the design. 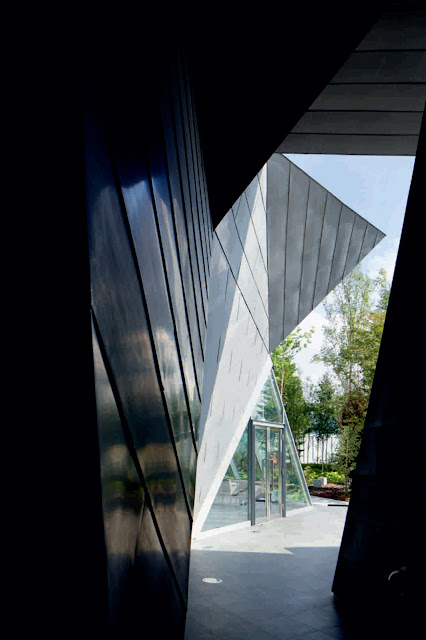 Developing an origami object into a minimalist architecture has turned out to be a very creative, even ingenious idea. The futuristic aspect of this architecture is the usage of straight lines. 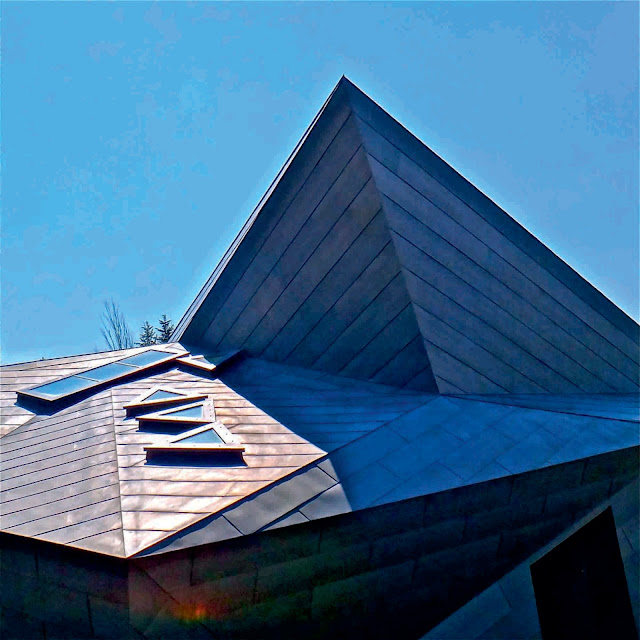 The materials are carefully chosen to compliment the design of the building. The deconstructed, multifaceted, 423.51-square-meters two-storey building is supported by a steel structure while its characteristic sharp edges and sky-piercing spikes have been developed in titanium and glass. 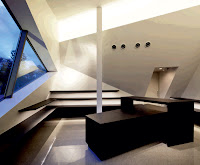