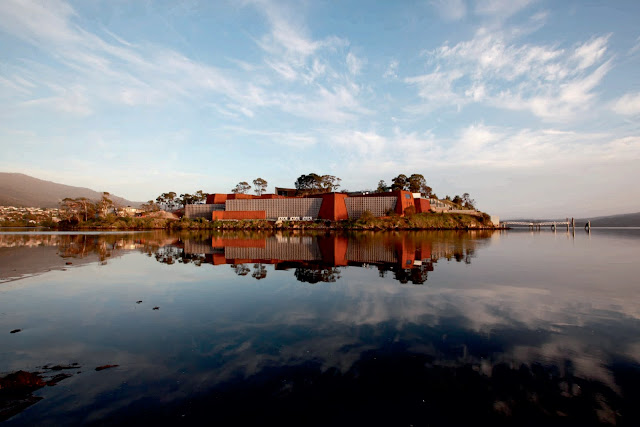 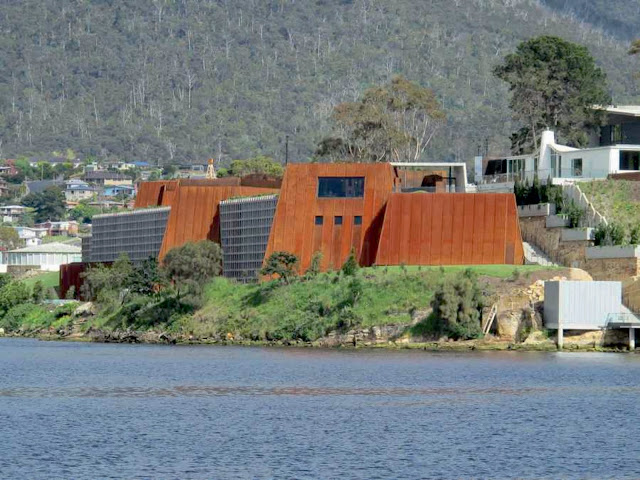 The architects said: “Briefed by our iconoclast client as functional receptacle, not architectural spectacle, MONA is carved into a peninsular of Hobart’s Moorilla Estate, where its waffle concrete and Corten steel container will weather inexorably into the landscape.” 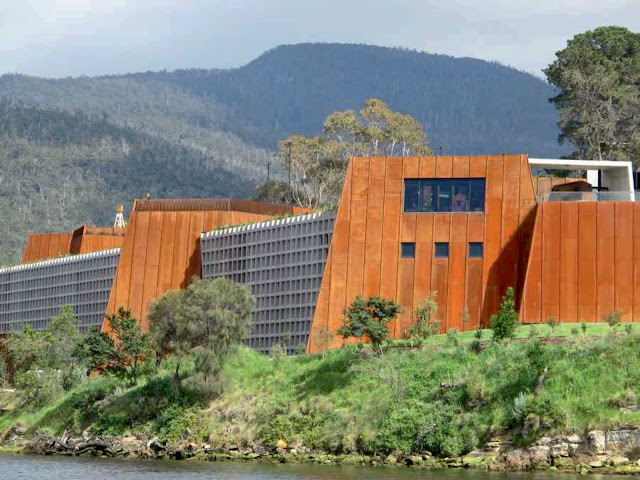 Jury citation: “MONA is the result of a unique collaboration between David Walsh, self-styled art collector and philanthropist, and Fender Katsalidis Architects. Together they have created a powerful and entertaining experience for displaying and engaging with art, and by extension, one of the best examples in the country of the benefits of cultural tourism.” 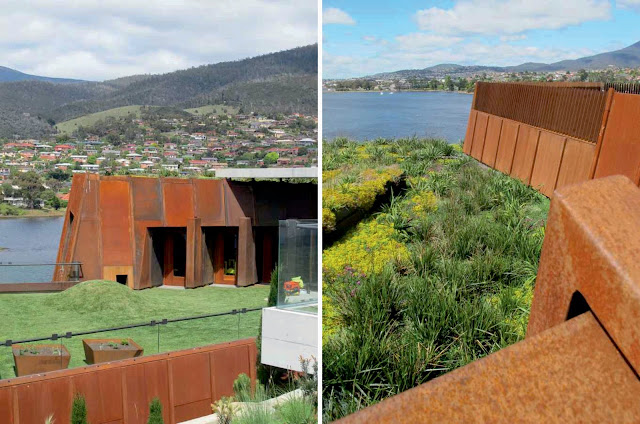 Opened in January 2011, the new Museum of Old and New Art (MONA) is a stunning intervention on a superb headland site overlooking the Derwent River near Hobart, the capital city of Tasmania. Conceived and funded by a private client David Walsh to house his private art collection. 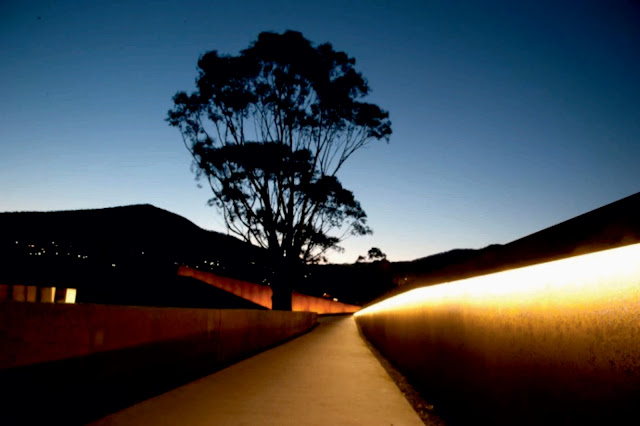 The volume is expressed through a bold geometry of waffle concrete and Corten steel — a material palate appropriate to the duality of its land/sea context, and one that will weather gracefully, ensuring the facade is ultimately subsumed by the landscape. 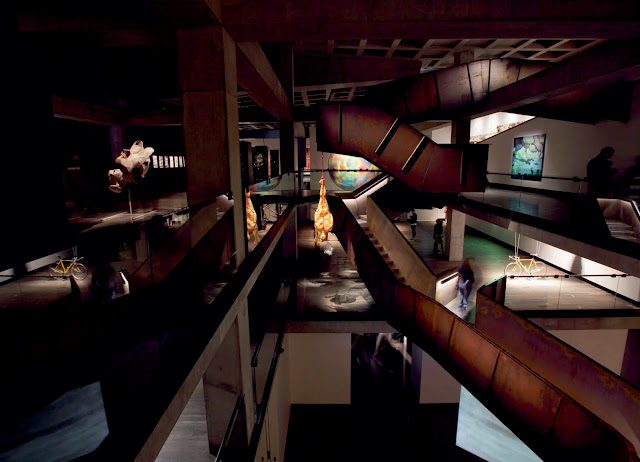 A green roof with a series of sculpture terraces top the building container and reestablish the land’s original height around the Roy Grounds ‘Courtyard House’, which is re-purposed as the museum entrance. The roof is accessible by both land and water: the former via an adjacent on grade car park; the latter, via a private ferry landing and external staircase cleft through bedrock. 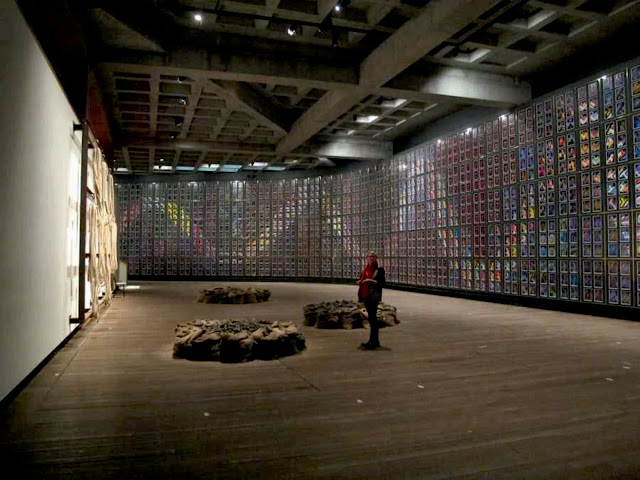 Descending a spiral staircase, visitors arrive at the lowest gallery level, where a slender rock hewn corridor leads to the museum’s principal organising space – on one side, the three levels of gallery chambers; on the other, full height exposed sandstone. 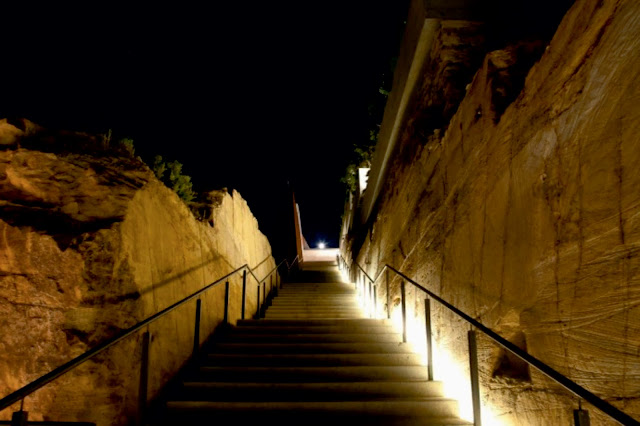 Such raw materiality continues throughout the interior — the building’s internal structure left exposed, and its sculptural envelope expressed — connecting inside with outside in a way that defies the absence of windows. 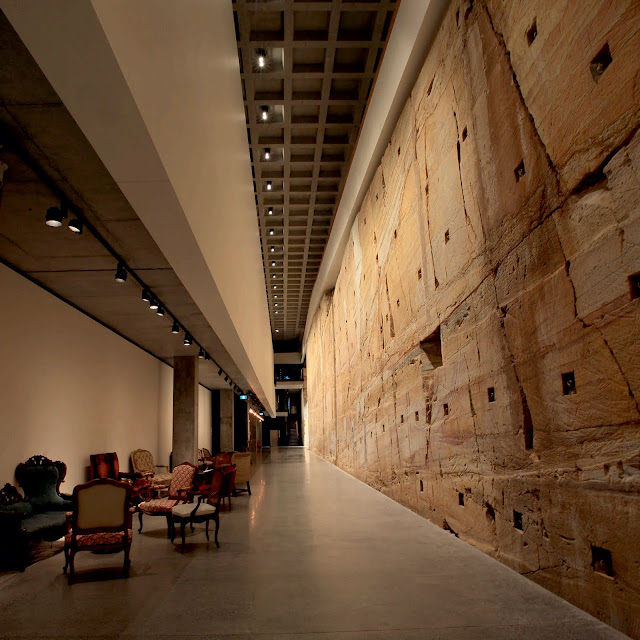 Interconnection between gallery chambers and levels is unconventional — not complicated, but visually complex. Indeed, the museum as a whole is never clearly seen, but discerned in pieces. Art is thus revealed with a sense of exploration: each visitor experiencing an individual journey of discovery, rather than a preordained circulation strategy. 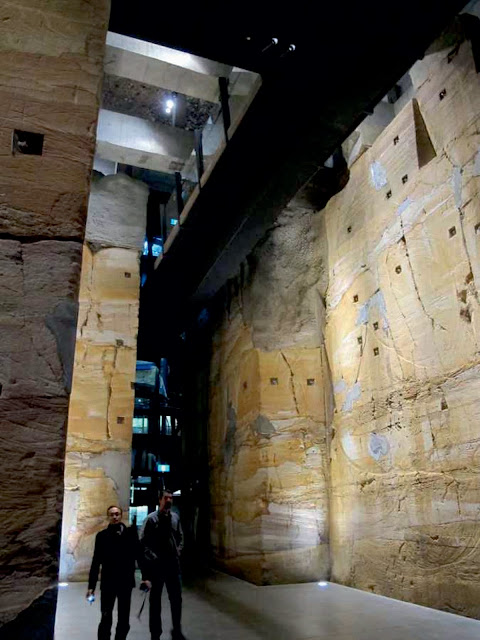 Also outside the norm is the museum’s approach to energy conservation. Its underground situation, design and materiality enable the building mass to act as a highly efficient thermal stabiliser. Once reached, its internal temperature is thus maintained with a relatively small amount of energy.