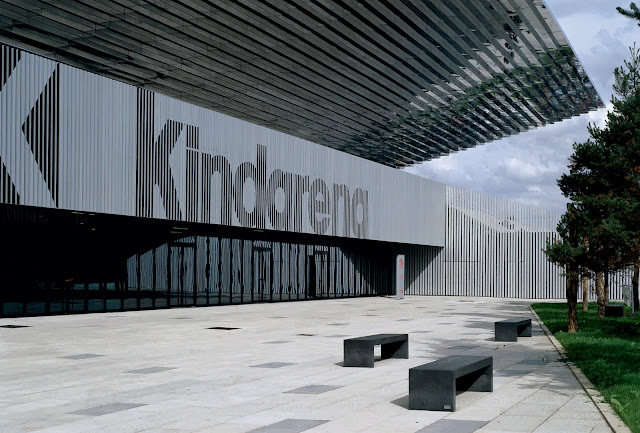 Winner of the international architecture competition launched in 2006 for the achievement of a new Sports Palace in Rouen, Dominique Perrault inaugurates the new sports infrastructure. 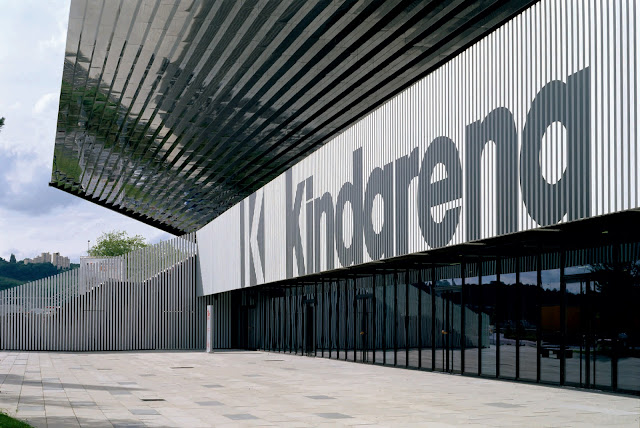 The inhabitants and sportsmen, professional and non-professional, had the chance to discover the Kindarena that will welcome in addition to the national and international events in many sports disciplines all kind of different events. 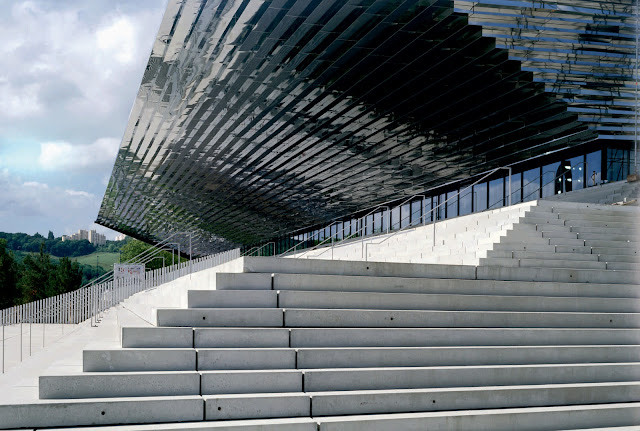 The Sports Palace, located in an evolving site, must intervene strategicallyin the future urban context of Seine west program. 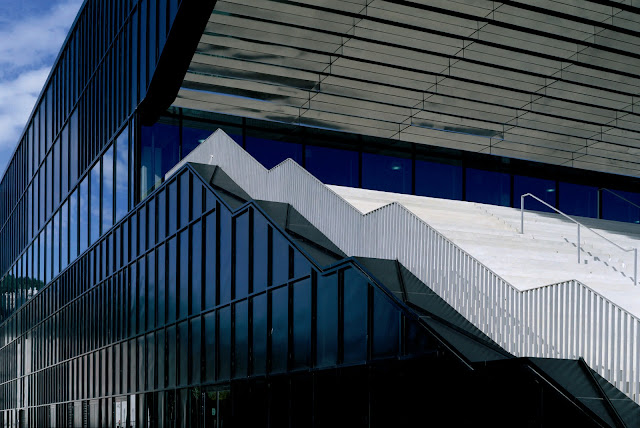 The entrance step system creates a new topography of the site that emphasizes public access and creates a new landmark in the city. Behind the rectangular geometry of the Sports Palace’s roof, we discover a trapezoidal shape from the sky. 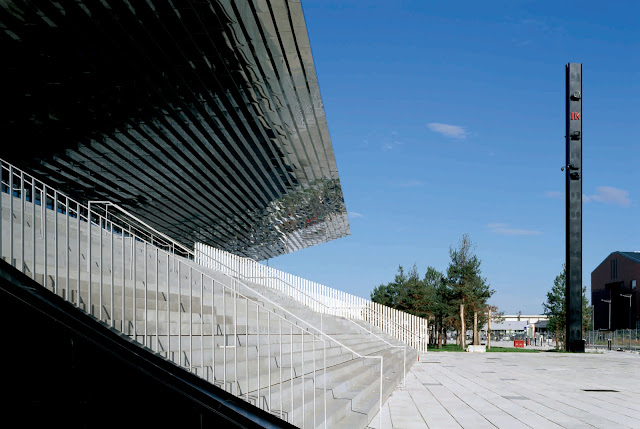 The broad stairway invites to take over the Sports Palace. The roof repeats the language of the building’s base. 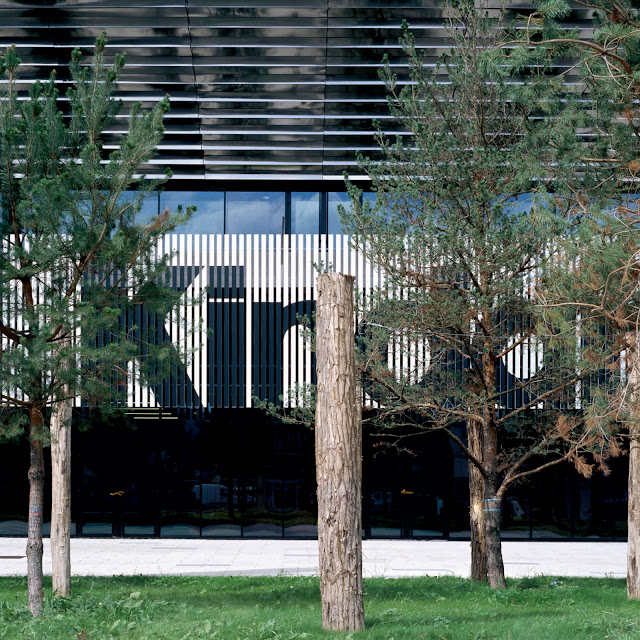 The metallic shades of the framework’s contrast with the step positions giving the building an immaterial feeling, and surprising the spectator with its unexpected reflections. 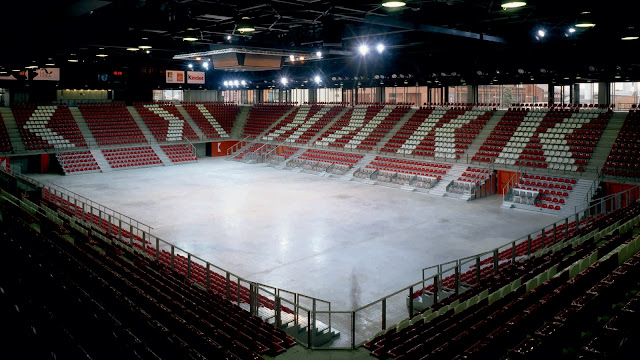 The functions are very clearly distinguished. Sports areas are situated in the central part of the building, the reception space is in the south wing of the building along the Lillebonne Street and the administrative and services areas in the north wing. 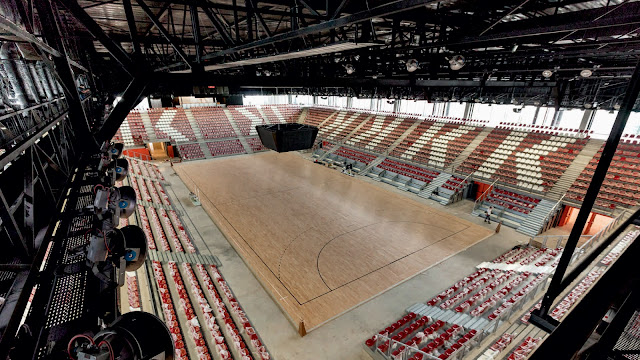 There are two sports halls with flexible seating capacity for up to 6.000, main sports hall for Basket ball and Boxing configuration, and 864 people respectively.