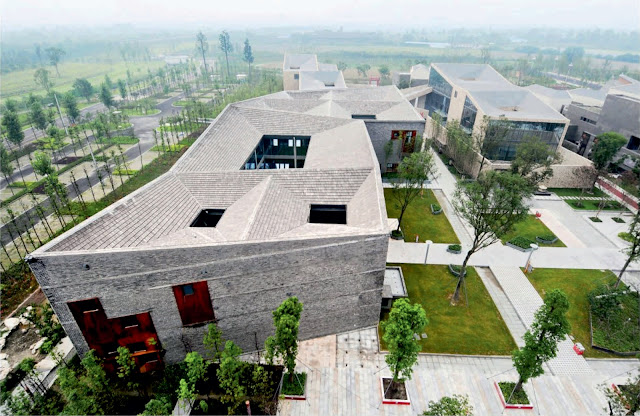 Sky Courts is a 20,000 sqf corporate club house that incorporate short-term housing, office space, and entertainment facilities utilizing the logics of the courtyard and sloped roof. 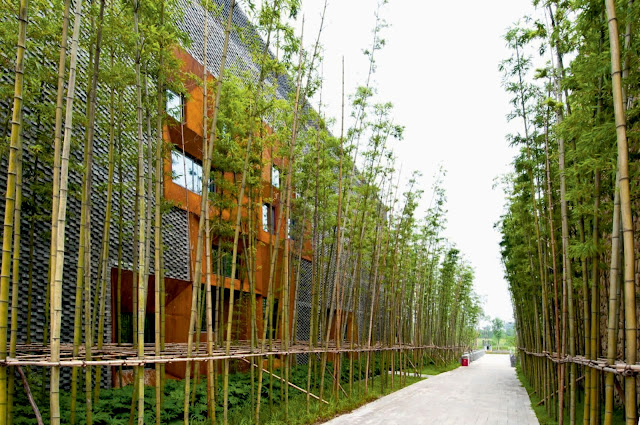 The project packs several courtyards into a defined perimeter and utilizes the sloped roof to accommodate program in the wedge between courtyards, allowing the project to read as 100% courtyard from above. 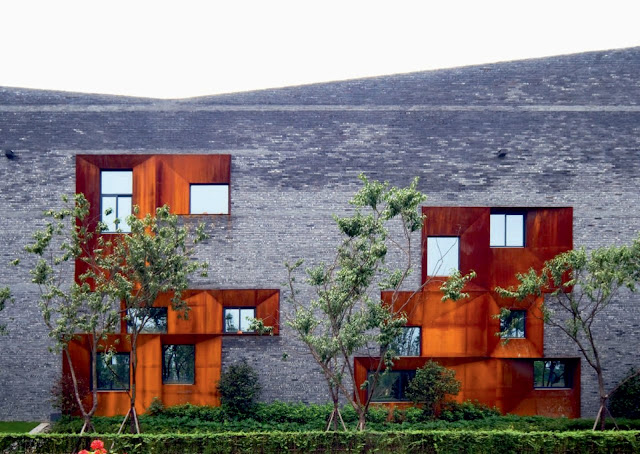 The complex lacks a single center; instead it is a network with multiple centers, and multiple paths, edges and liners. 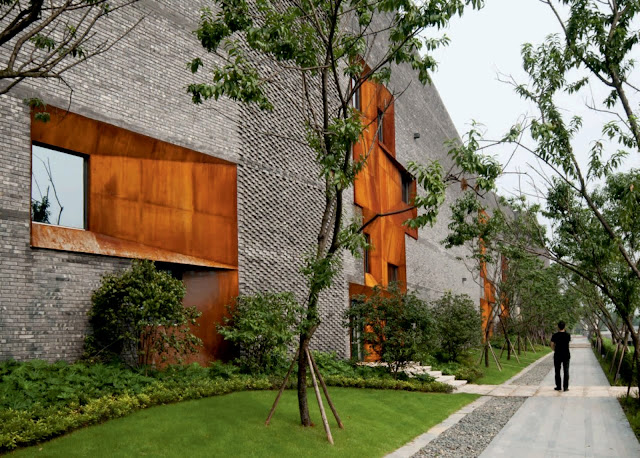 The sequence through these precincts creates a series of layered spaces that line exterior spaces, and views from one courtyard might look through perimeter spaces and into other courtyards. 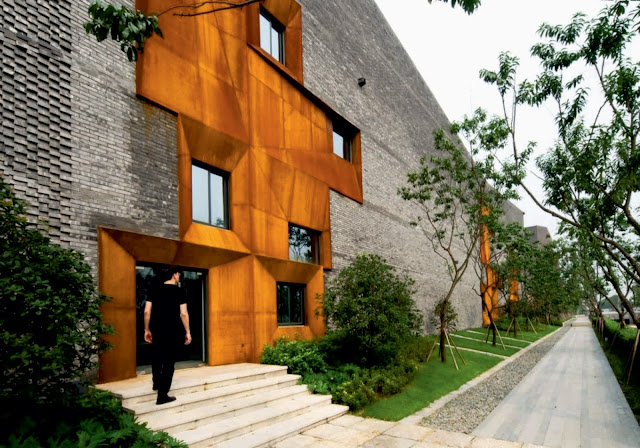 The layering of interiors and exteriors creates a varied sequence through the complex. The roof geometry consists of a series of inward sloping roofs. 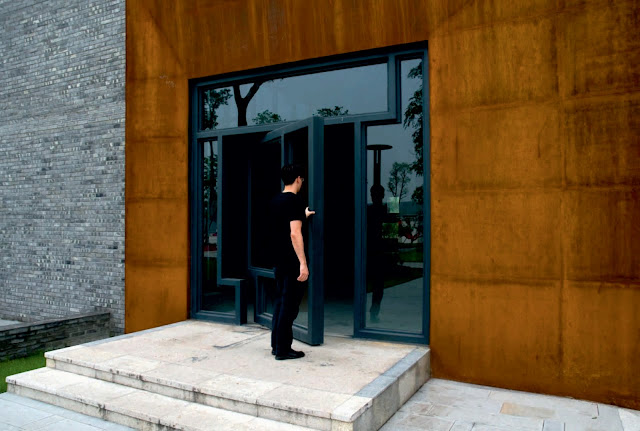 The roof profile varies to create the impression of a landscape of peaks and valleys. The alternating inclinations of the major ridge lines produce a varied roofscape and cause the roof planes to twist. 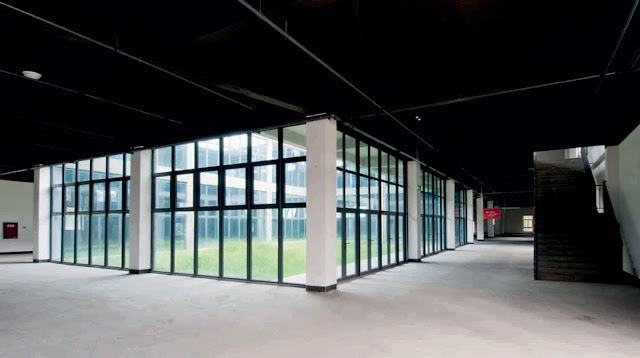 By maintaining a constant eave line and varying the perimeter, each plane on the roof is a hyperbolic ruled surface. 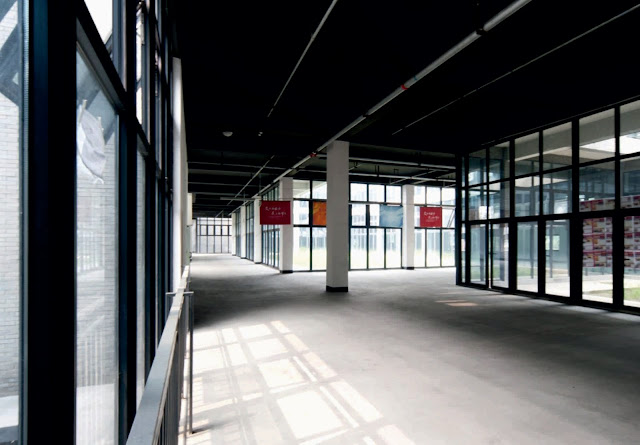 The use of a ceramic tile uses the gap between units as well as the fine grain of the tile, to absorb the non planar roof condition. 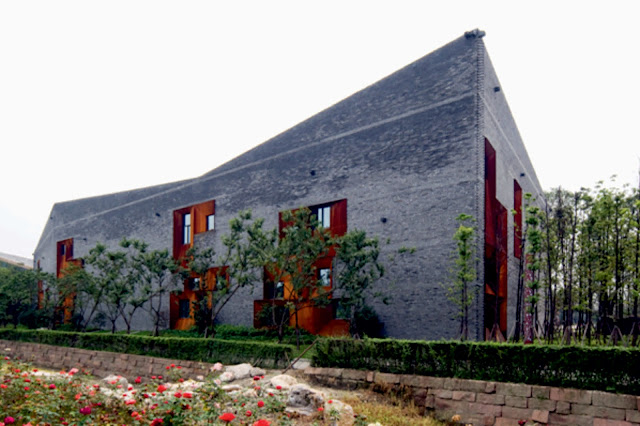 The ceramic tile, with a built in capacity to absorb tolerance between units aggregates to produce a twisting roofscape configuration. 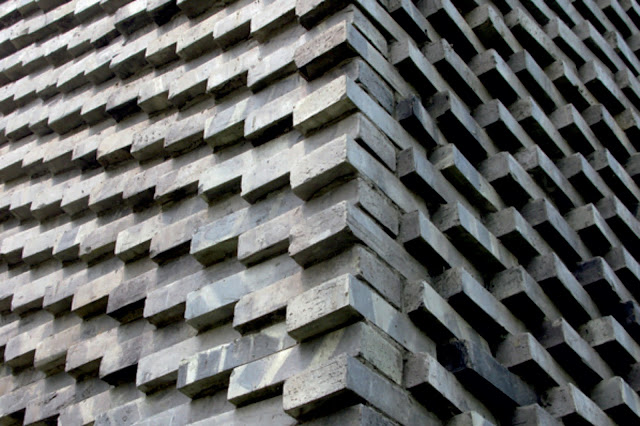 The project exploits a specific building material to achieve a larger geometrical effect.