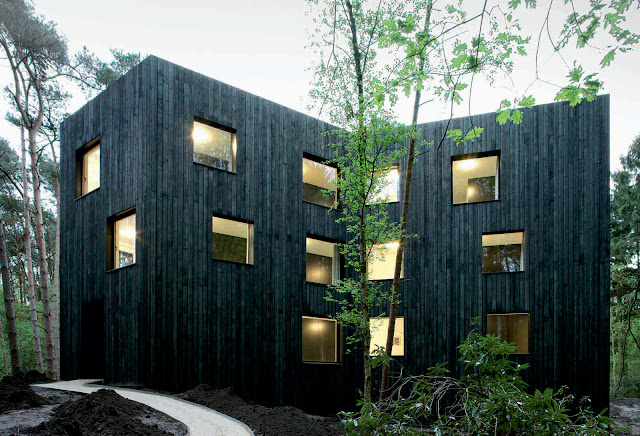 The non-profit organization Monnikenheide has become a laboratory for healthcare architecture in Belgium during the last decade. It is located in a small forest in Zoersel, a municipality in the province of Antwerp. 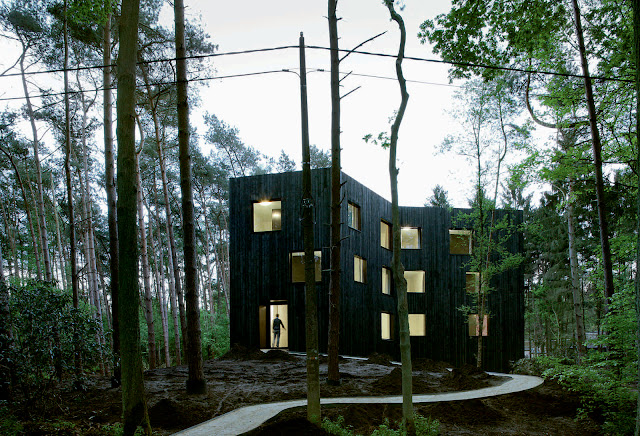 Monnikenheide offers services to people with a mental disability and their families. On the terrain, an outpatients’ clinic was established, together with a short stay home, and a home for people who need constant guidance during their dwelling. 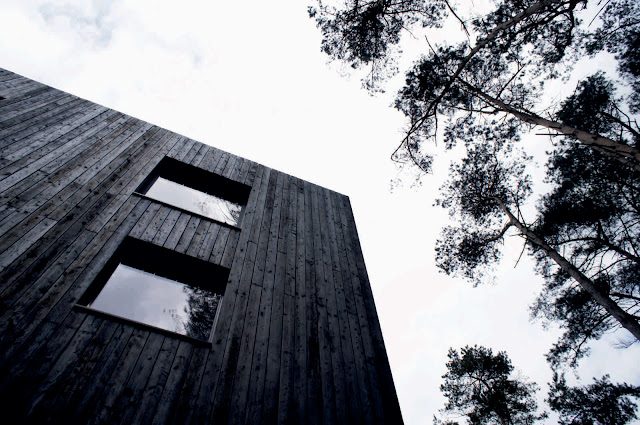 In 2009, because of the growing need for new residences, Monnikenheide decided to build a new home. After a small competition, the Brussels office 51N4E was asked to build the ‘Huis aan ’t Laar’ (‘House at the open space in the forest’) – a residential project with 16 studio flats for (young) adults with an intellectual disability. The clients live in this house day and night, and they are part of a group of eight members. Each group has one companion. 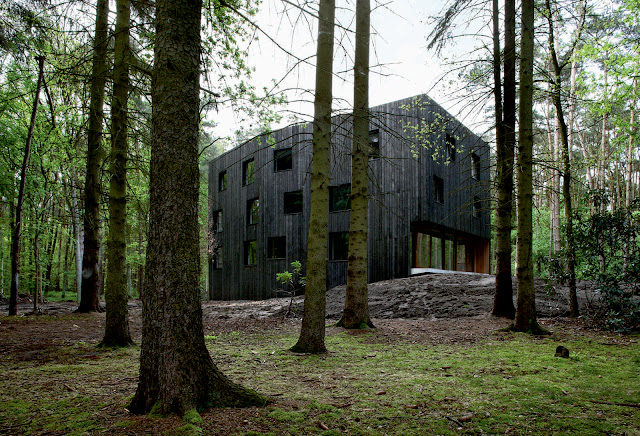 The first design decision by 51N4E was to accommodate these two groups in one building – a decision that is not evident, and that is mostly avoided by reverting to the construction of different pavilions. For practical and psychological reasons, it is better for these clients not to have contact on a daily basis with more than eight other individuals. 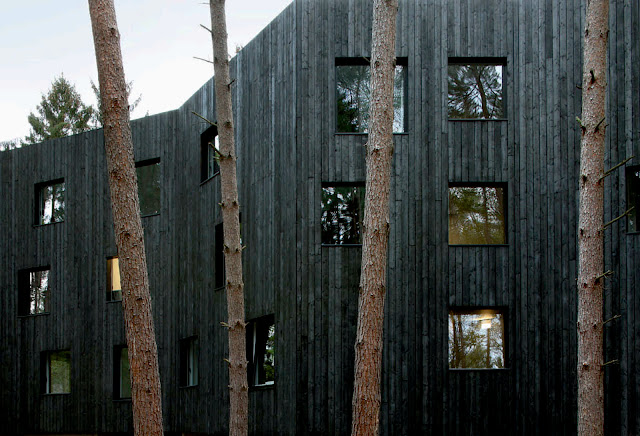 Therefore, the ‘Huis aan ’t Laar’ consists, in a certain sense, out of two identical houses. Nevertheless, the building does nowhere show its double nature, except in the remarkable split stairway, which cuts like a scissor through the heart of the house. 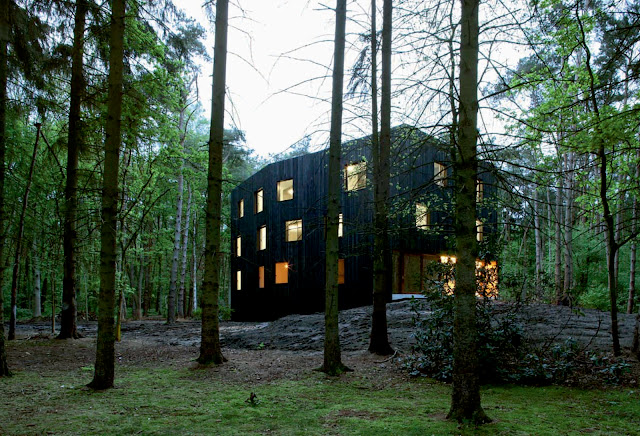 These flights of stairs are at the beginning of two separate routes, connecting eight individual rooms, a bathroom, a washhouse and a living room with a kitchen, leading outdoors to the garden. At some places, like in the studio flat of the companions, the two circuits meet. 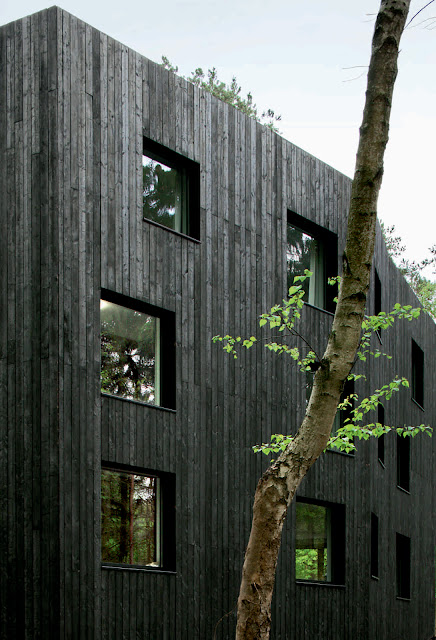 The combining of the two groups and their spaces results in a compact building, consisting of three stories and a cellar. It functions perfectly, although it never simply shows its own nature or structure.On the outskirts of a village, in a beautiful dense tree-scape, stands a dark solitary volume clad in burnt larch. 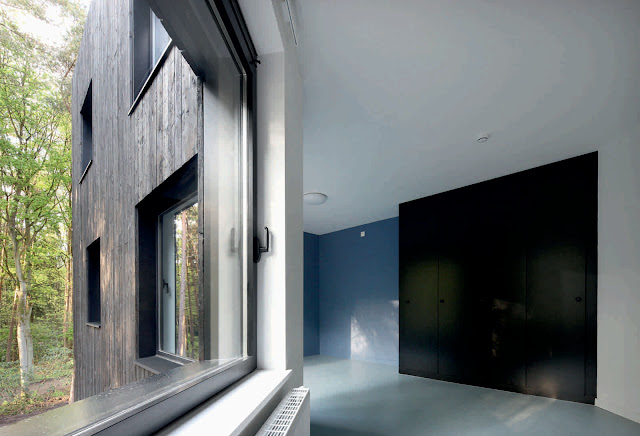 The irregularity of the plan is as much a response to preserving the landscape as to the building’s internal demands: the design decision to include a corner and two windows in every room. The resulting layout ensures that each room has differentiated areas for sleeping and living, and a double light condition. 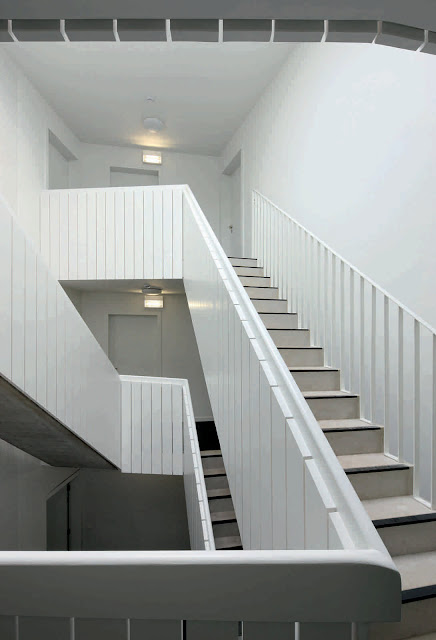 The design aims at multiplying opportunities for inhabitants to appropriate space and relate more profoundly to their immediate and larger context. Belonging to the campus as much as to the village, this calm, sober structure challenges institutional clichés associated with health care architecture. 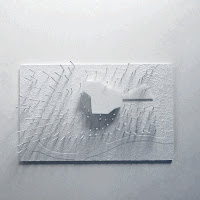 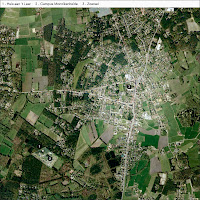