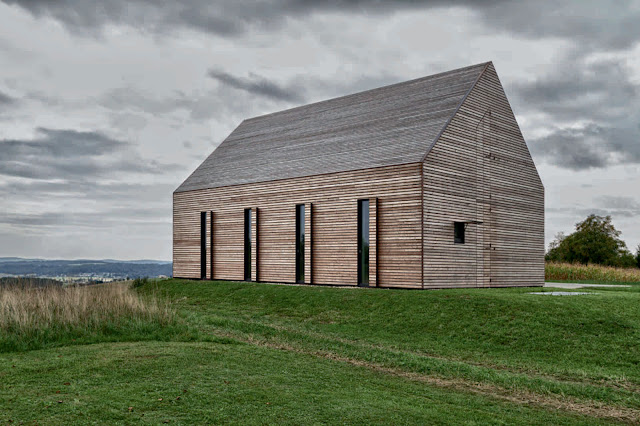 “The project Summer House in Southern Burgenland (Austria) describes a sharp-edged cubature which fits into its surroundings through its simplicity and homogeneous appearance. 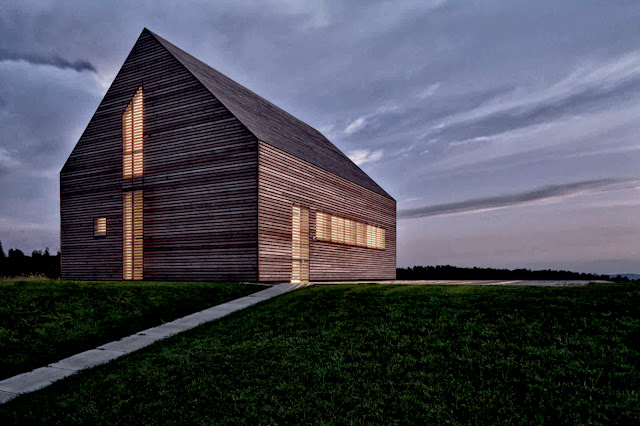 In being used as a summer house, and by virtue of the installation of a wine cellar with production surfaces at a later date, the building’s design is oriented by the cubature of the Kellerstöckel (wine house) typical of the Southern Burgenland region. 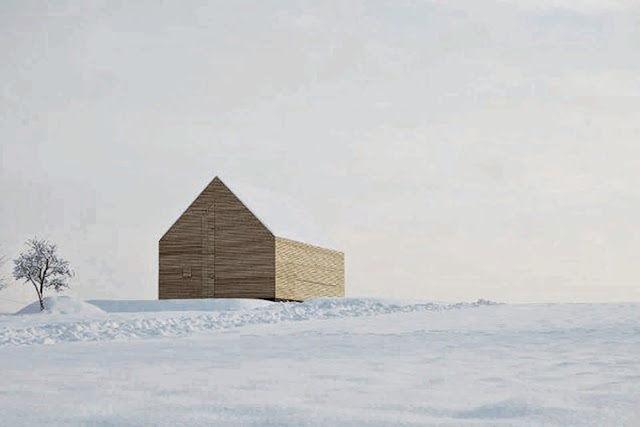 The cellar contains rooms for wine storage and production; the aboveground rooms are for residential use. The cellar has been executed in a ferroconcrete massive construction. 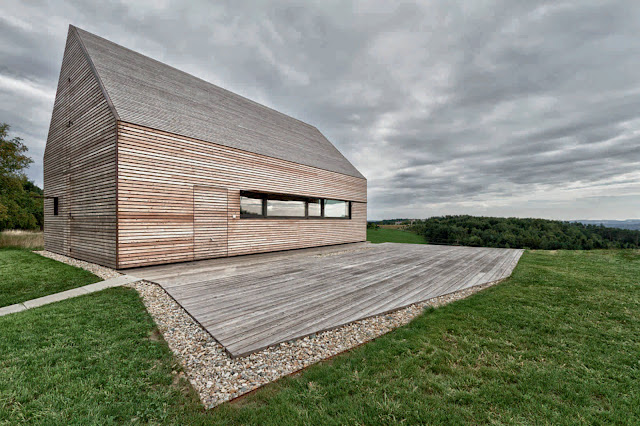 The ground floor and first floor were constructed as a pure wood construction. Here, the undisguised wooden cross layer elements were rendered effective not only in their structural-static functions but also as design elements. 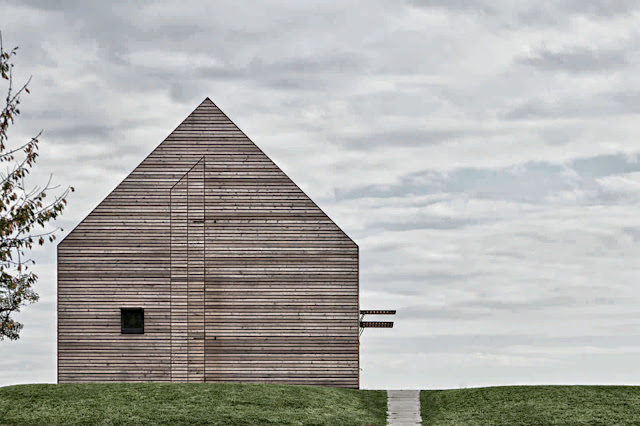 As a counter weight, the wooden construction material employed on a large-scale stands vis-à-vis exposed concrete and steel materials. The materials were consciously employed in an untreated, undisguised state; in their combination, they form a homogeneous ambiance. 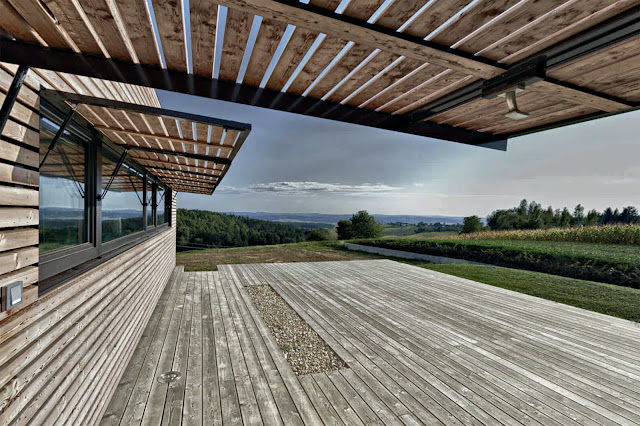 As the summer house is not inhabited during the winter months, a larch grid mantle was developed which can be shut completely. During the uninhabited winter months, the house is thus unobtrusively and sculpturally situated in the landscape. 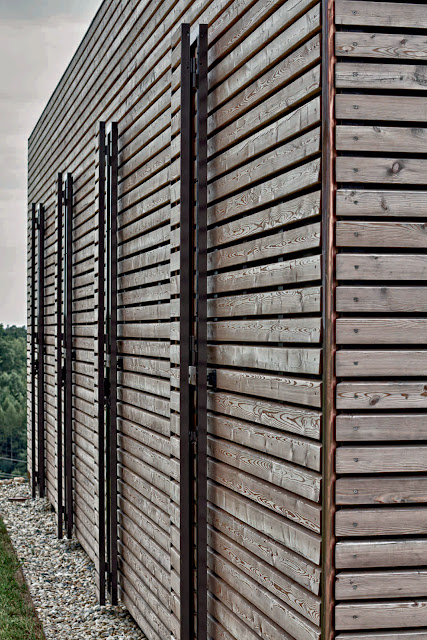 In order to achieve this, folding and flap shutters were developed which, when shut, flush with the façade and, also coated with rhombus boarding, melt into the mantle. In the summer, the shutters work against aestival overheating: when opened – as canopies – and when shut. 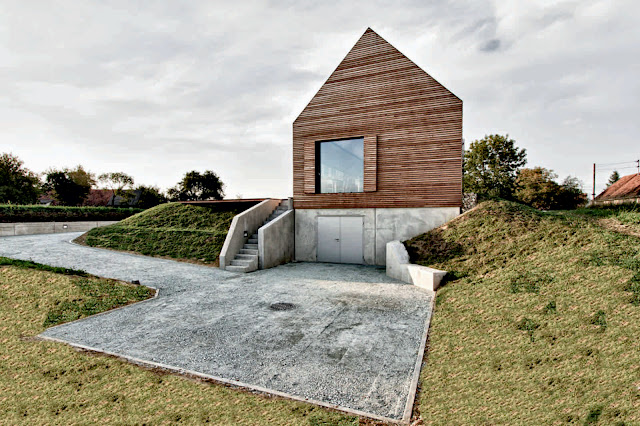 The sharp edges of the cubature are formed by copper corner plates. The terrace area, also formulated as a larch grid, forms a sort of shadow of the building. The mantle is thus carried forward in design in the outside space.” Description of Architects.