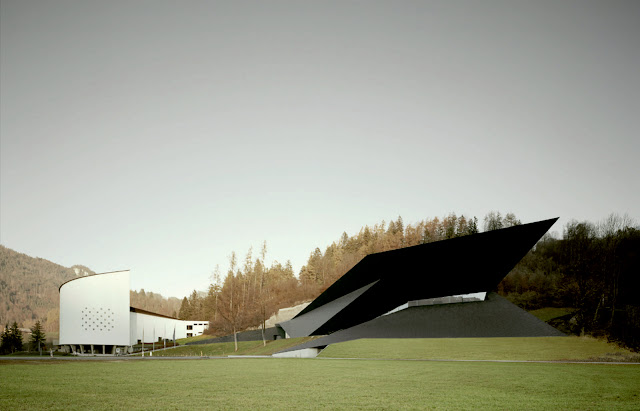 The festival hall’s geometry develops from the surrounding topography and places the building and the already existing festival hall in juxtaposition. Its positioning relates to the existing landscape, the dynamic gesture of the historical counterpart, as well as the background rock formations. 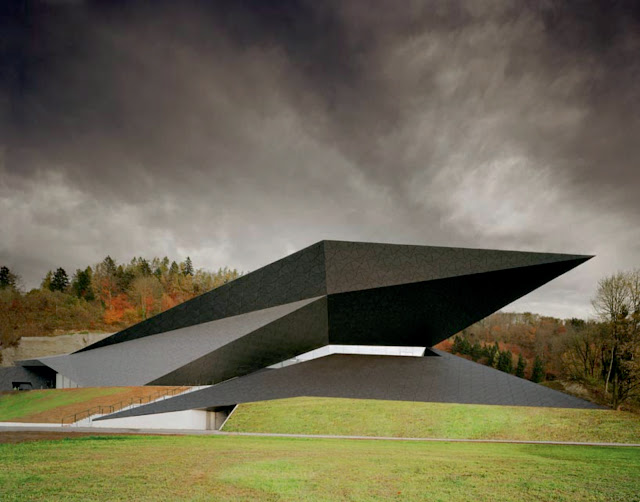 The topographic imprinting in the landscape continues inside the building where two central parameters direct the architectural approach: the interplay between the building’s interior and the surrounding nature as well as the concentrated, spatial composition of a functionally optimised concert hall of international repute. 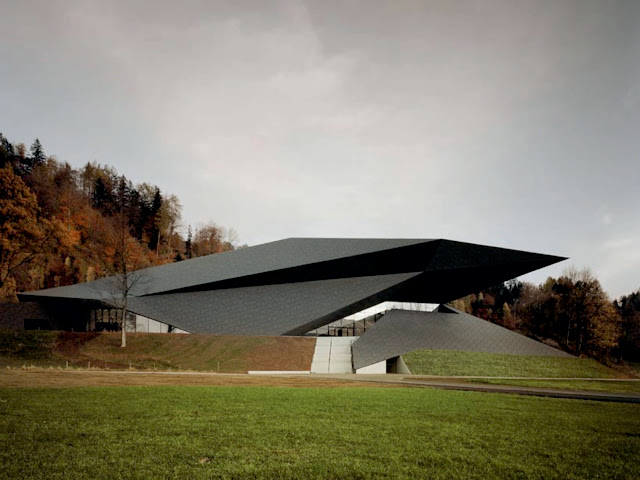 Flowing visual and functional spatial references define the design method: Spaces of different zoning and configurations implement the focus on communication and peace, dynamics and concentration. Architectural conditions in the building’s interior are devolved into a subtle control of the motion sequences through their sensual perception. 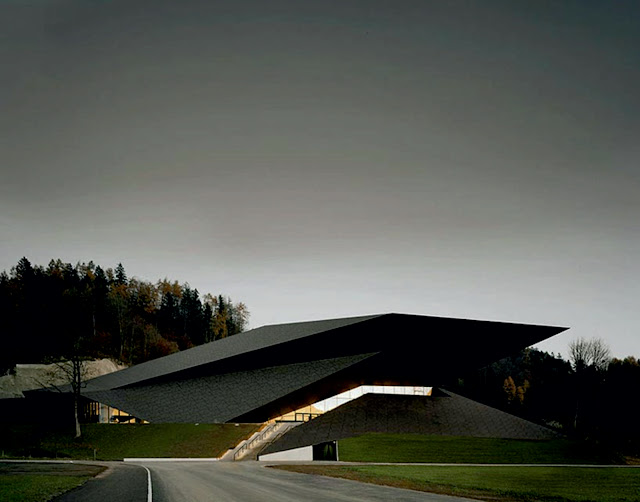 The access staircase is integrated into the terrain’s topography and leads visitors into the building’s interior. The foyer allows a wide range of impressions of the surrounding natural environment as well as to the existing summer festival hall. 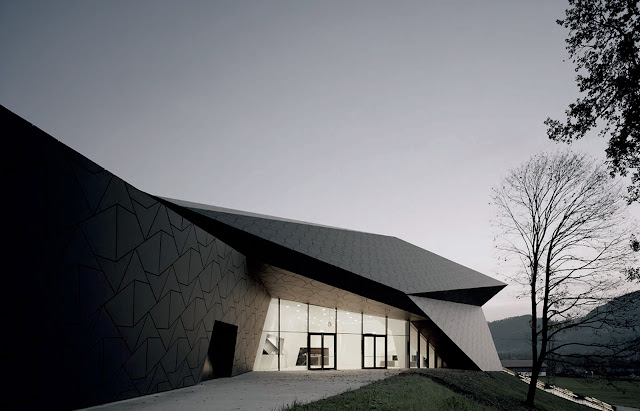 In the opposite direction, a staircase leads to the gallery on the level above where the relationship between interior and exterior relations is once again impressively experienced by the extensively glass-fronted western facade. 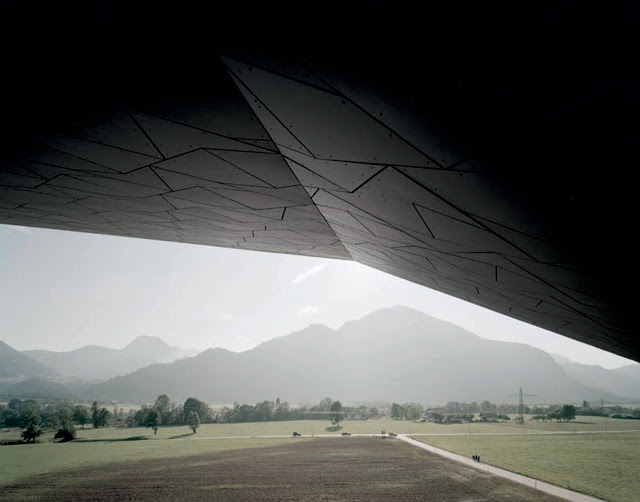 Secondary functions of the building are also located at the upper level.  Paths and spatial layout are designed both functionally as well as atmospherically: vast communication zones, narrowing and widening circulation areas and varying ceiling heights translate the tectonic building geometry in a sensually comprehensible way. 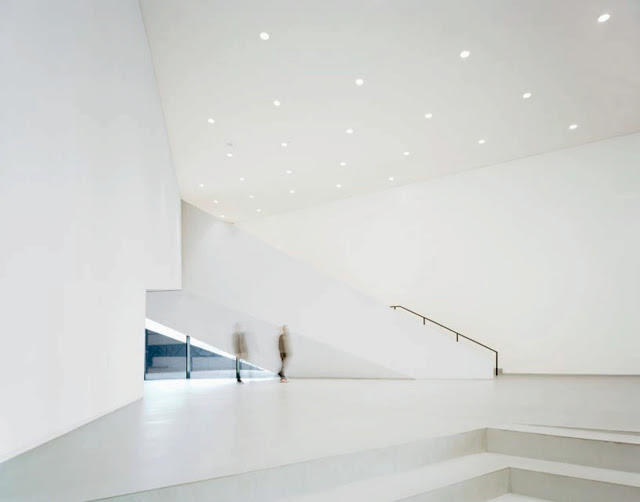 Coherently, the approach to the concert hall is effectively emphasised by the gentle rise of the entry level. The concert hall, which is situated at the centre of the building like a shell and is anchored to the rock at the back, is connected to the foyer via two accesses on each level. 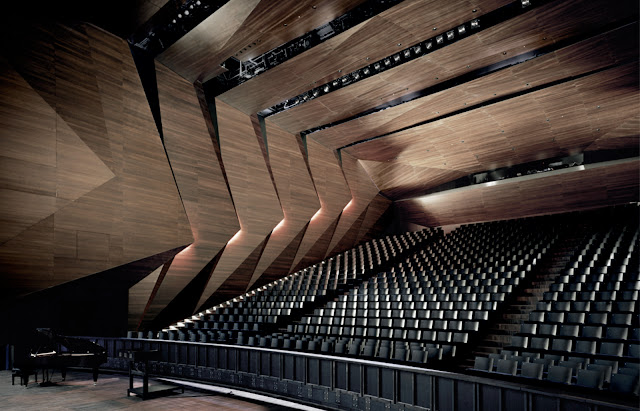 The passage from the foyer into the concert hall is accompanied by a spatial and atmospheric transformation: Dynamics, variability and asymmetry of the foyer give way to highest concentration, static peace and orthogonality.