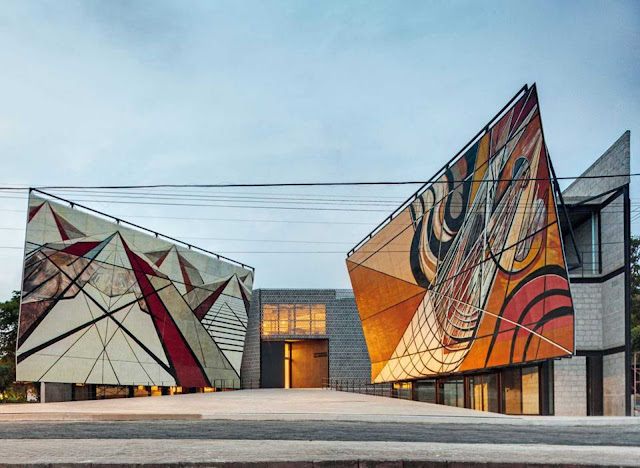 This project aims to recover the cultural role of the legendary site, the live-work space during the late 1960s and early 1970s of the late Mexican muralist and political activist David Alfaro Siqueiros, by turning it into an active museum, workshop, artist residency and meeting point for the production and criticism of art. 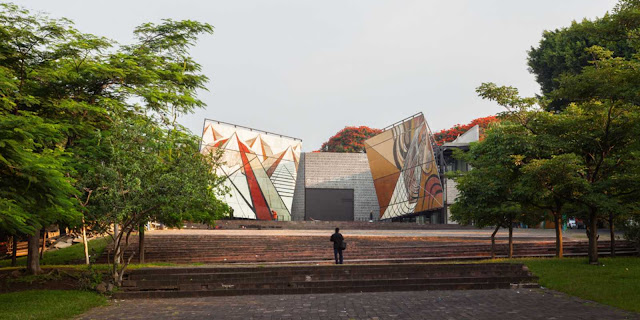 The new Tallera showcases a masterful sociopolitical and architectural juggle; a well-played act that carefully exhibits a need to look inward, only to provide a genuinely autonomous space for reinvention from within. 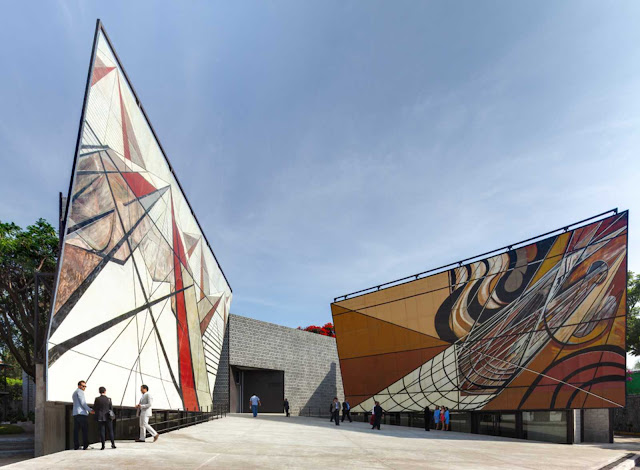 It masks itself as modern to become contemporary. Within its shell, La Tallera’s building programme incorporates an artistic and research residency space in Siqueiros’s former house, as well as a small archive space where his work will be preserved and made available for research. 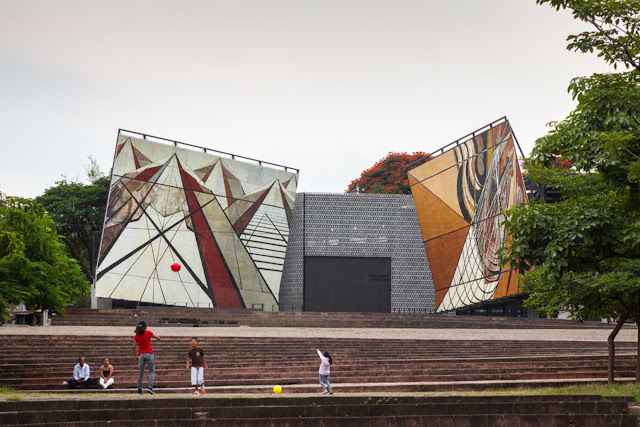 The most “outspoken” element in the “subtle” proposal is the astute decision to reconfigure the two gigantic Siqueiros murals — which were originally displayed and viewed in full from the building’s indoor patio, giving only glimpses of its colourful angular strokes from the street — and position them to face outwards towards a neighbouring public square. 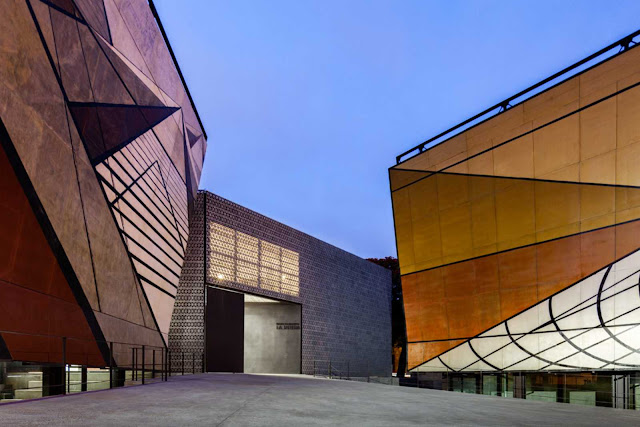 To do so, Escobedo took down a perimetral wall, making the private patio public and extending the square’s dimensions. The angular direction they now have is a public invitation to access La Tallera. Rather than having private outdoor events, the new design allows for the possibility of public outdoor activities with a much wider area for public gathering. 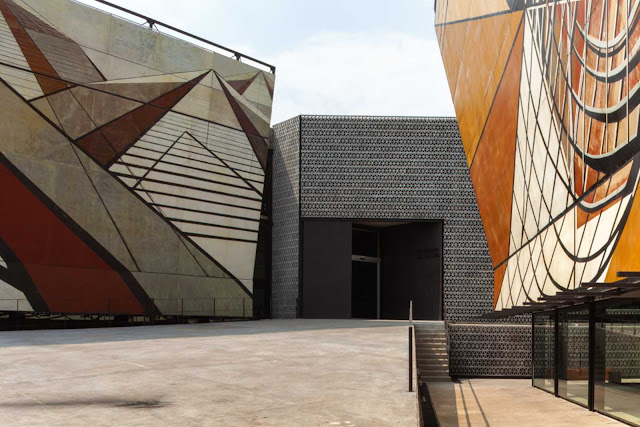 Through its use of rudimentary materials, Escobedo’s Tallera appears contextual and inviting to the modernist-trained local audience. By leaving the skeleton of the existing building — which encompasses the main exhibition venue — in white, and using only exposed concrete for the new part, the project shows the remnants of the old workshop, which serve as a visual reference to the added space. 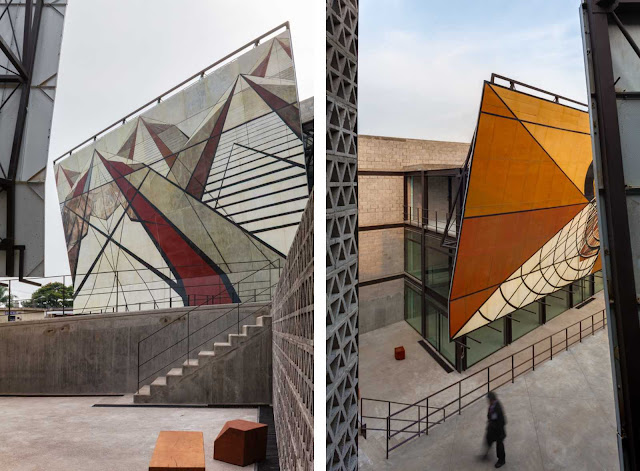 Moreover, the project recuperates Siqueiros’s innovative mural-making technology — comprised of a pit and pulley system — not to celebrate it as a museum piece, but to offer it for use today. 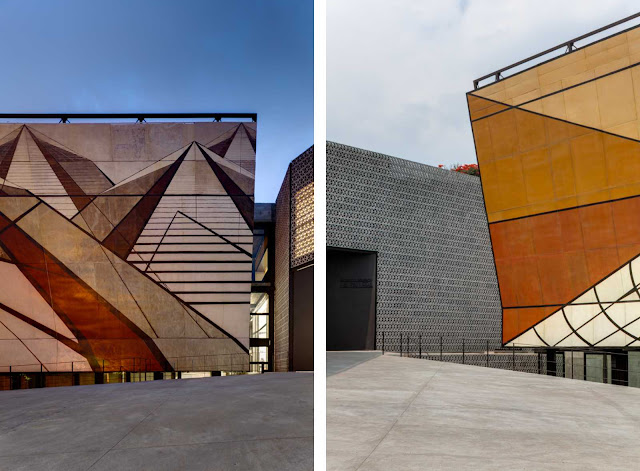 In a country that is haunted by the unrealised ideals of its modernist past, where revolutionary messages tend to be co-opted by political parties, the new cultural producers must be able to disguise themselves and cope with this condition to a point that seems almost conservative. 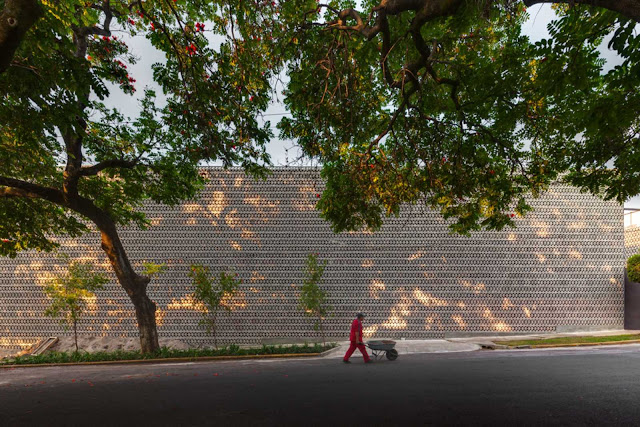 As Octavio Paz says in his incisive essay “Mexican Masks”: “Dissimulation requires greater subtlety: the person who dissimulates is not counterfeiting but attempting to become invisible, to pass unnoticed without renouncing his individuality”. 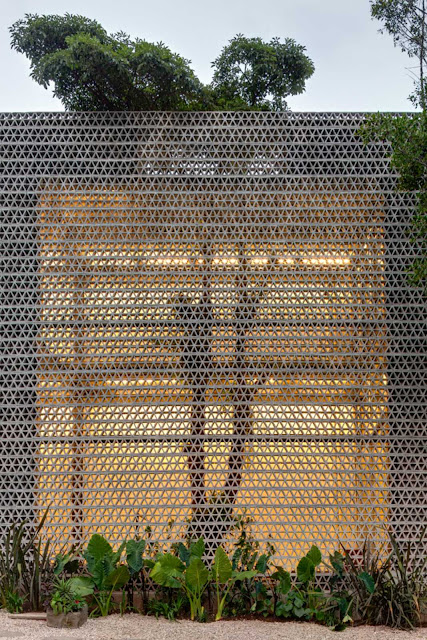 This is not an easy task, but Frida Escobedo’s new, masked Tallera Siqueiros provides a framework for an autonomous laboratory where experiments to articulate the voice of a new generation of cultural producers can take place.