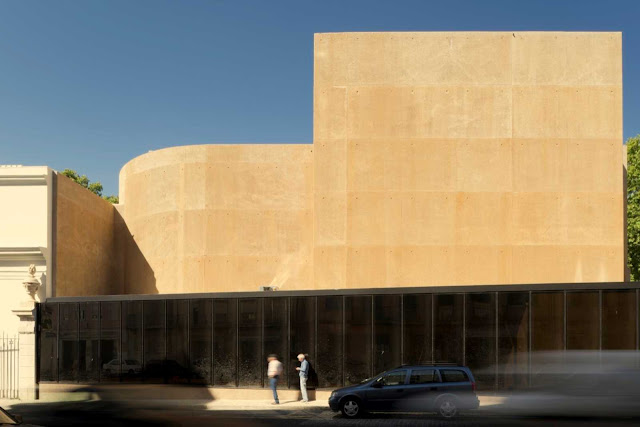 The Thalia Theatre inaugurated in 1843, as a private venue for the Count of Farrobo. It was located just outside of Lisbon, facing a palace and gardens also owned by this aristocrat. 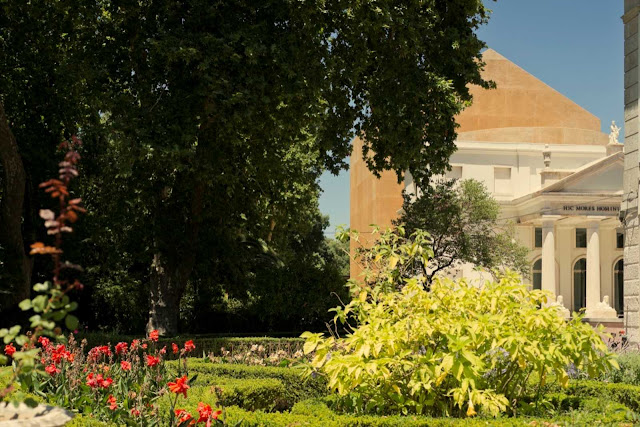 A lover of the arts, the Count of Farrobo used the Thalia Theatre to stage theatre and opera shows as well as extravagant parties for his own amusement. 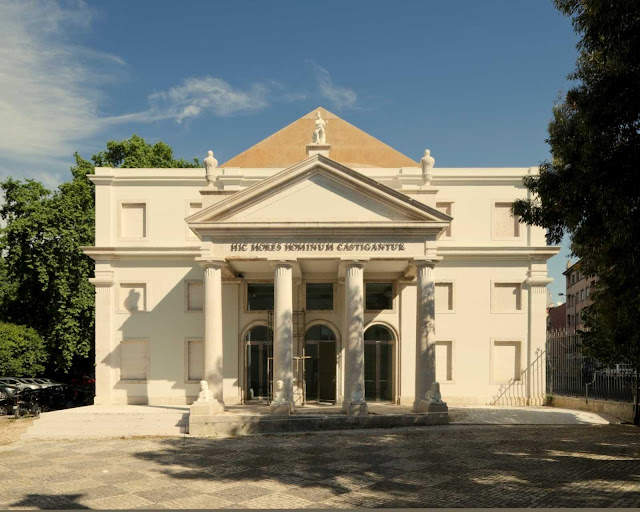 In 1862, a fire burned down the building with all its luxurious decoration of gilded wood, mirrors, and chandeliers. By then, the Count of Farrobo had lost his fortune and eventually died penniless. 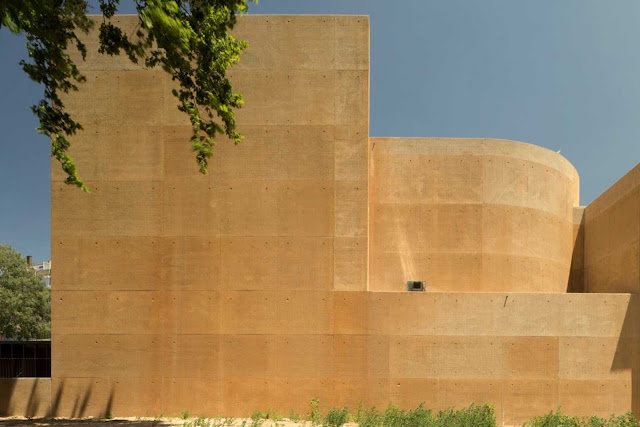 For almost 150 years, the Thalia Theatre remained in ruins. While the outskirts of Lisbon sprawled round its whereabouts, the city zoo was located next to it providing an exotic background to the derelict structure. 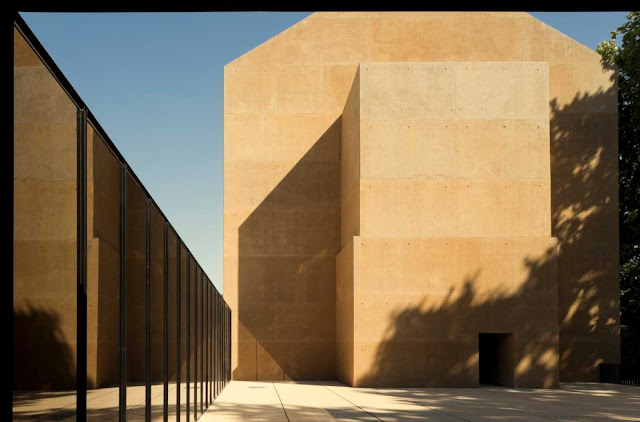 In 2008, the Portuguese Ministry of Education and Science commissioned a study to reconvert the Thalia Theatre into a multipurpose space. This public institution is presently located in the palace just in front. Gonçalo Byrne Arquitectos and Barbas Lopes Arquitectos, both Lisbon-based, made the project. 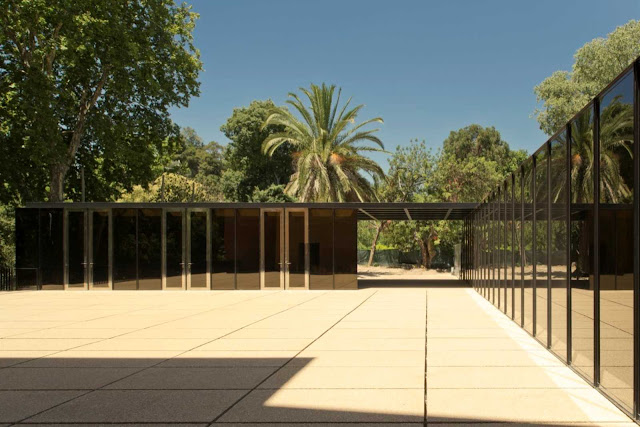 In order to retain the old walls of the Thalia Theatre, the exterior was entirely covered by a shell of terracotta concrete that forms a massive and monolithic body. It is composed of the original volumes of the audience and the stage, 23 meters high. 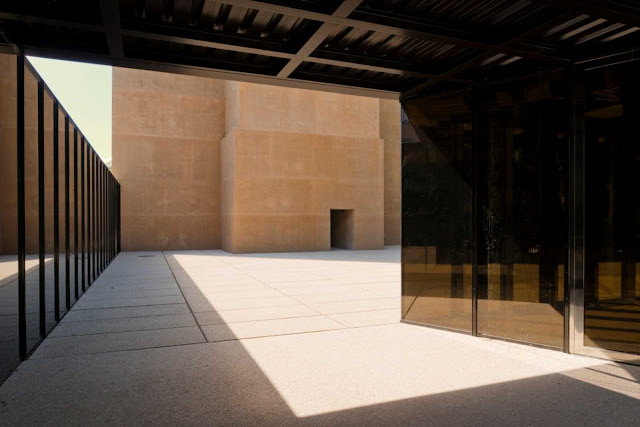 Inside these two voided spaces, the ruins are left untouched in a spectacle of their own. Minimum technical fixtures create an arena that can be adjusted to several uses such as exhibitions, summits, concerts, parties or broadcasts. An adjacent single-story structure, entirely glazed, houses additional program such as a reception, services, and a cafeteria. 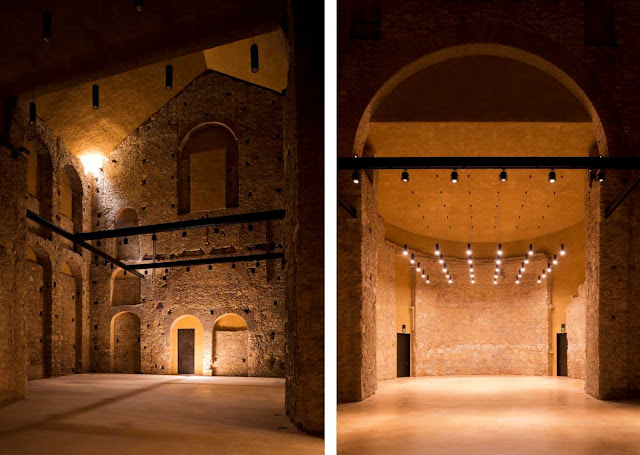 The new wing embraces the Thalia Theatre and faces the busy street next to it with a continuous surface of glass panes that mirror the environs with gilded reflections. The entrance is made by the original foyer, reconstructed in a “neoneoclassical” style including a fluted frieze on the inside built with styrofoam profiles. 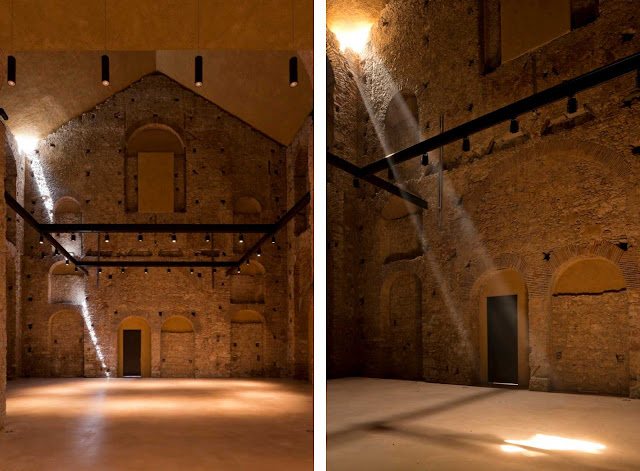 On the outside, the front portico and marble sphinxes were restored. Bronze letters at the tympanum of the main façade spell out the motto of Thalia, the muse of comedy. The original Latin inscription, “Hic Mores Hominum Castigantur,” was placed once again. 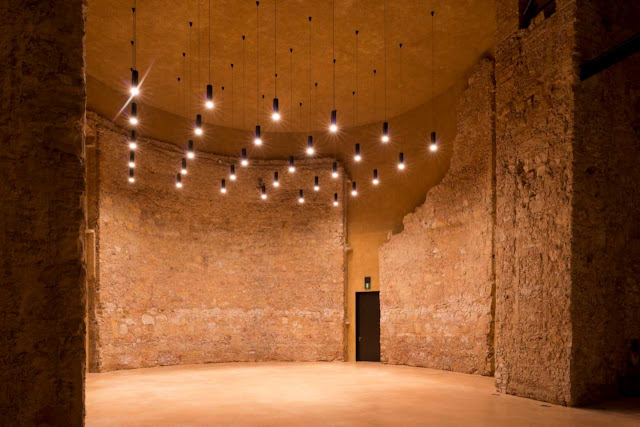 In other words, “Here the Deeds of Men Shall Be Punished.” The project for the reconversion of the Thalia Theatre in Lisbon combines the old and new parts of the building into an urban ensemble with views to the nearby zoo. It brings back the presence of the past as a place for fantasy, imagination, and civic life. 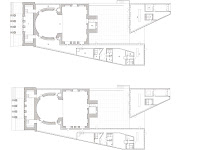 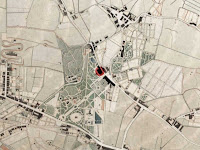