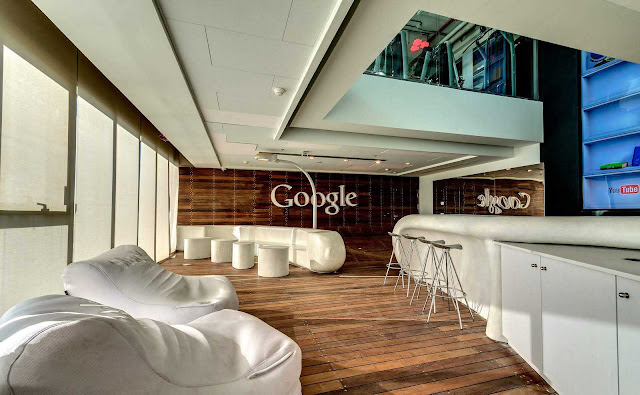 After Dublin, Moscow, Oslo, Stockholm, and Zurich, at the end of December 2012 Google Israel has opened its spectacular new 8’000 m2 offices in Tel Aviv designed by Camenzind Evolution. 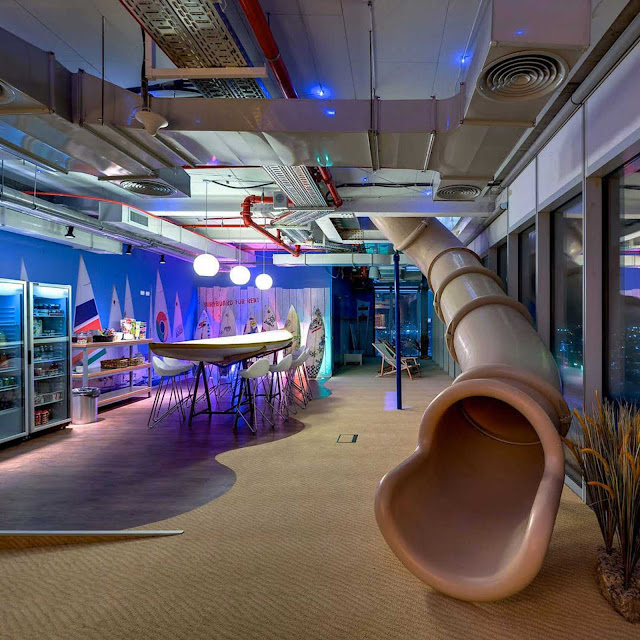 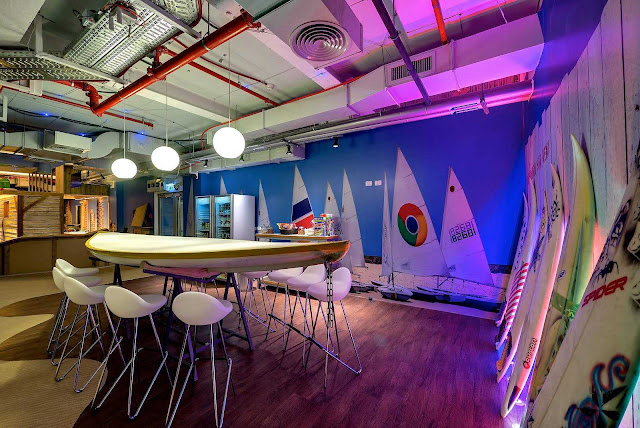 One of the “greenest” towers in Tel Aviv, the Electra was constructed with non-toxic materials, has facilities that permit grey water recycling and partially relies on renewables to cover its reduced energy requirement. 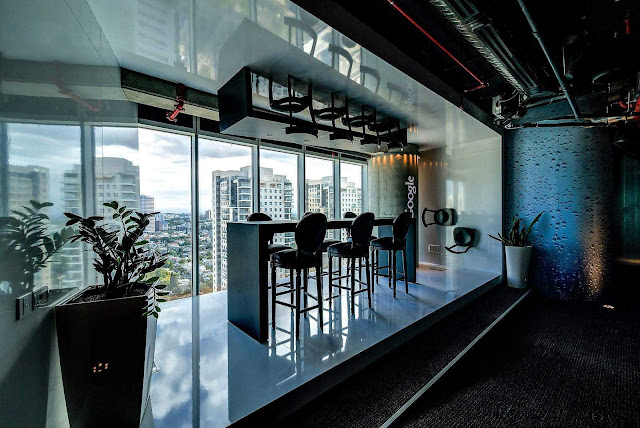 It is a new milestone for Google in the development of innovative work environments: nearly 50% of all areas have been allocated to create communication landscapes, giving countless opportunities to employees to collaborate and communicate with other Googler’s in a diverse environment for their ever growing teams of engineers, sales and marketing. 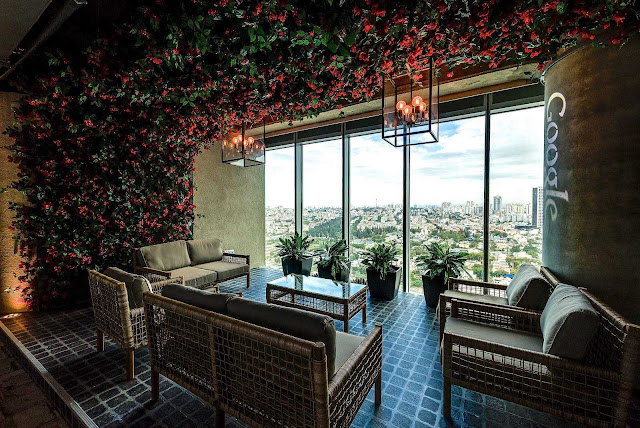 There is clear separation between the employees traditional desk based work environment and those communication areas, granting privacy and focus when required for desk based individual working and spaces for collaboration and sharing ideas. 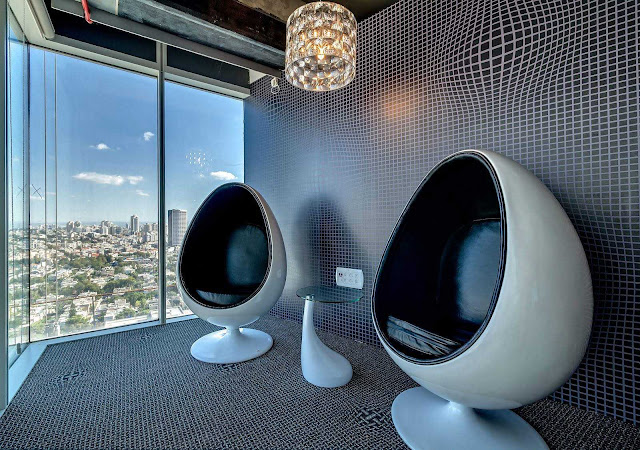 Each floor was designed with a different aspect of the local identity in mind, illustrating the diversity of Israel as a country and nation. Each of the themes were selected by a local group of Googlers, who also assisted in the interpretation of those chosen ideas. 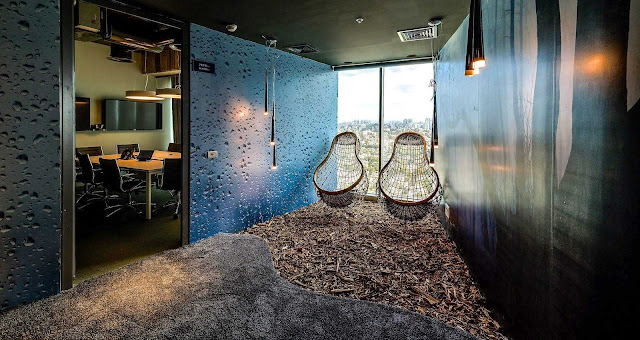 Being in Israel, for lunch the Googlers can choose from three amazing restaurants, for kosher, non-kosher dairy and non kosher meat, each of the restaurants designed to it’s own style and theme. 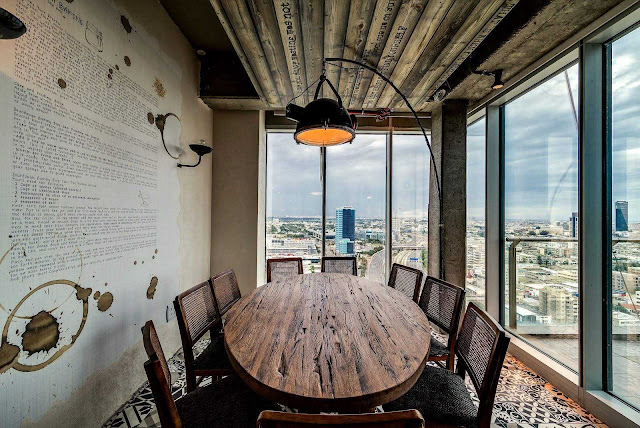 Only 7 of the 8 rented floors in Electra Tower are actually occupied by Google. The remaining floor gives space to a new ‘Campus’, which was also opened in December by the Israeli Prime Minister. 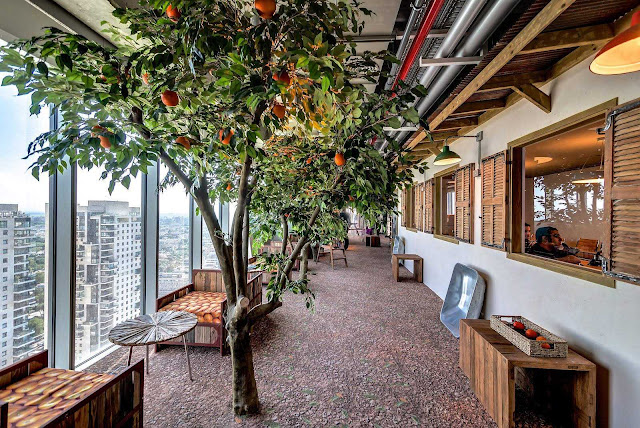 The ‘Campus Tel Aviv’, powered by Google for Entrepreneurs, is a new hub for entrepreneurs and developers, providing a base for start-up companies, and is only the second Google ‘Campus’ worldwide. 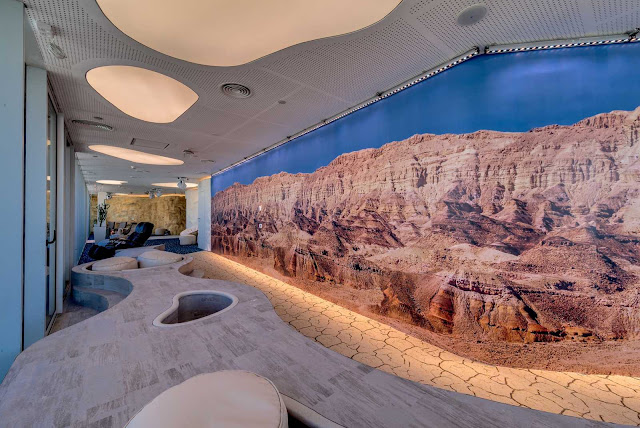 Sustainability played a vital role to Google in the development of their new Tel Aviv offices and the project is currently awaiting LEED ‘Platinum’ certification, the first of its category in Israel.