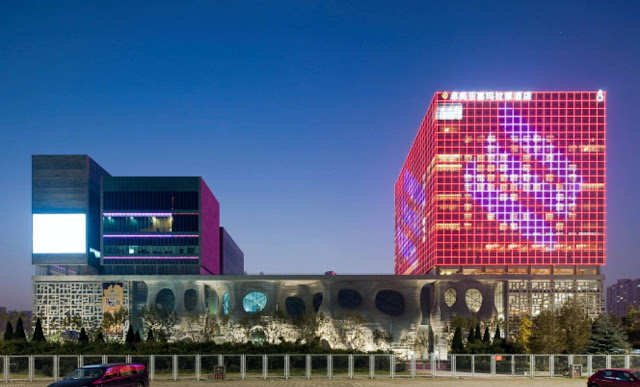 Located in the centre of Pudong, near Century Park and across from Shanghai New International Expo Center, the Himalayas Center is an urban landmark and it is designed to be a multi-functional cultural complex. 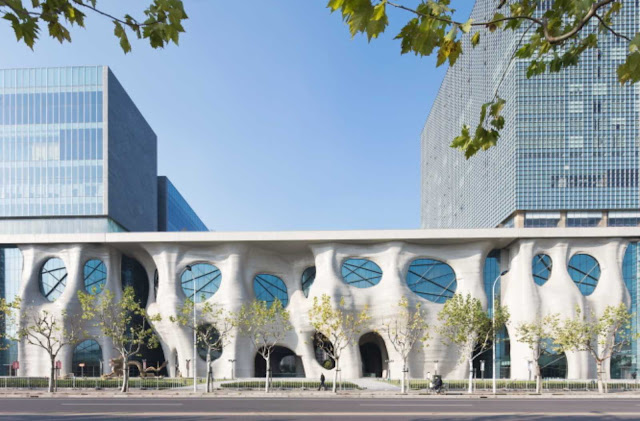 The project, which the developer Zendai Group touts as an ‘Archisculptural Masterpiece for 21st century China’. For the Himalayas Center, Japanese architect Arata Isozaki created soft curves of an “organic forest” contained within the hard, symmetrical lines of “crystalline cubes”. 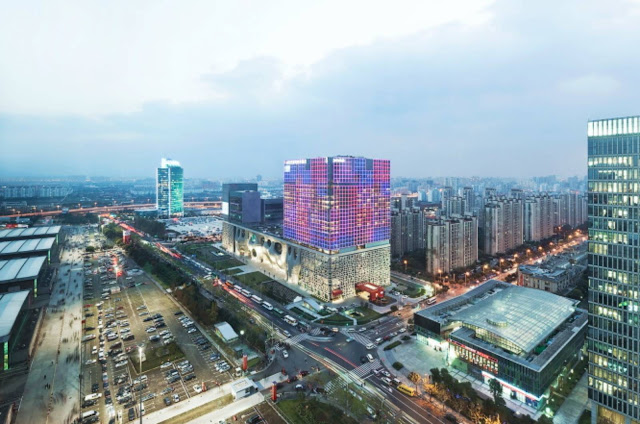 In the “forest” section, large expanses of irregularly-shaped holes are carved out of the walls, the walls are unevenly structured, thereby creating a sense of freedom in movement around the area. 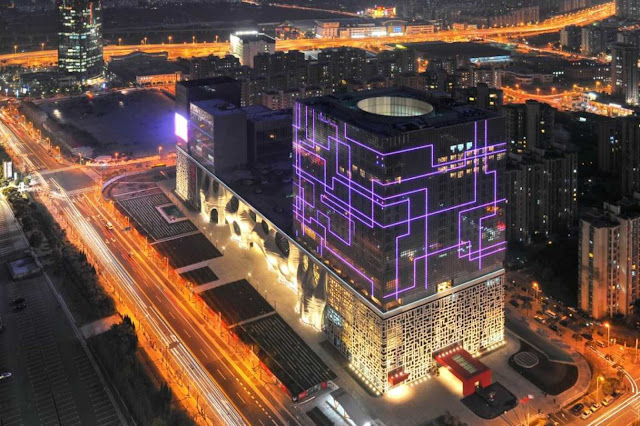 The “organic forest” of the facade are reminiscent of the red mountains in Mustang, Nepal, on the border with Tibet. These were the secret hideaways for hermitages or monasteries, as they were also conducive to spirituality. In reality, Pudong is a buzzing district in the Chinese city of Shanghai. 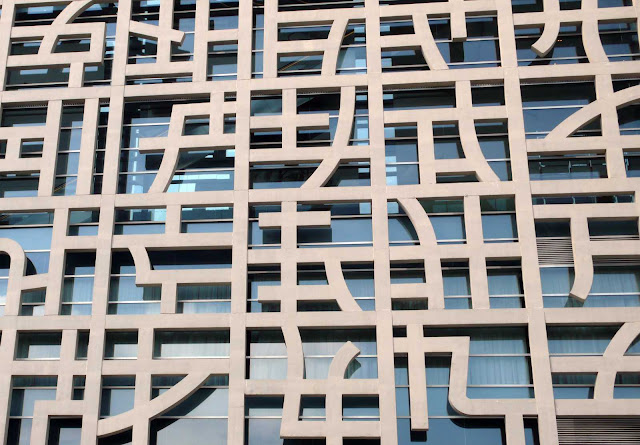 Volumes at both ends of the Himalayas Center are wrapped in intricately designed Chinese lattice panels. The architect explains that the pattern ‘is inspired by an object of Liangzhu jade, which gives it a cultural and natural connotation’. Some observers interpret the motifs carved on the uniform grids of these facades as pseudo Chinese characters. 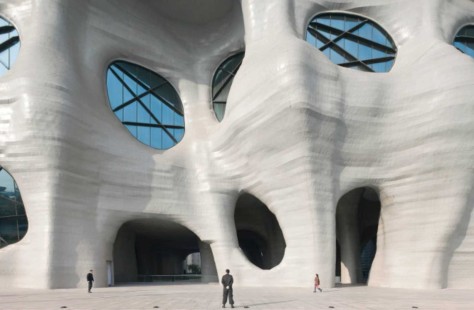 The Himalayas Center is an amalgam of the Venu Himalayas Hotel Shanghai, the Himalayas Art Museum, the DaGuan Theatre and Shopping Centre, providing a one-stop art, exhibition, shopping, dining, entertainment and leisure venues. 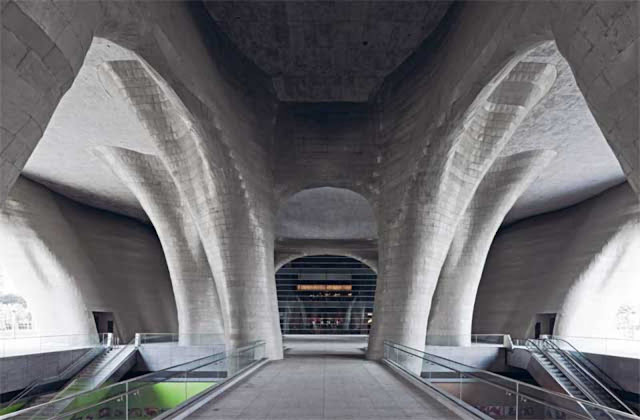 Zendai Hotel Yin was conceptualised as a boutique-style ‘city retreat’ while the five-star Zendai Art Hotel will feature over 300 rooms. Zendai Hotel Yin, which will occupy the top four floors of the hotel tower, according to traditional Chinese fengshui and Luban. 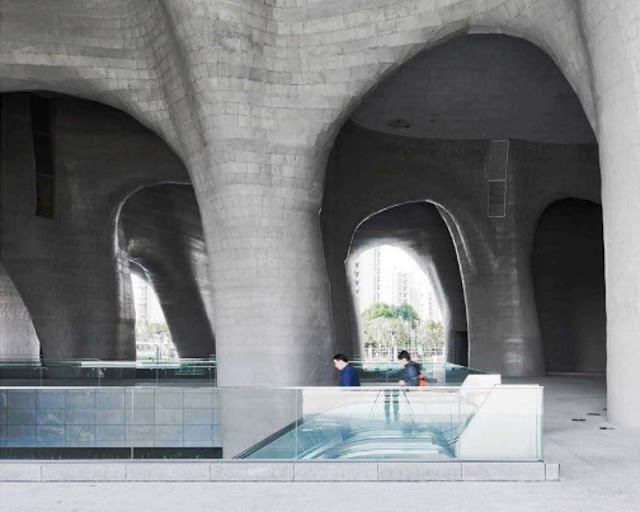 The hotel’s highlight will be a traditional Chinese teahouse done with a modern twist. Not only will it feature daily performances, it will also provide books on Chinese history and culture. Zendai Art Hotel will be a business hotel and occupy the first 14 floors of the tower. 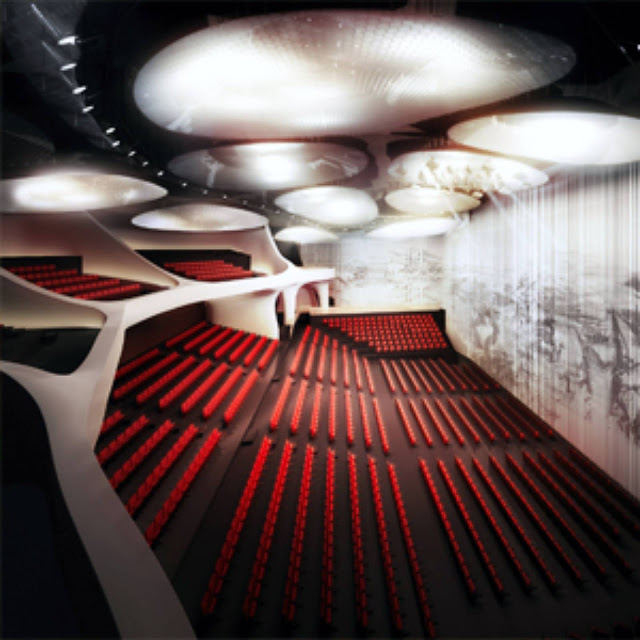 DaGuan Theatre is a multipurpose space with state-of-the-art digital multimedia facilities. It is designed to host a variety of events, from Las Vegas spectacles to concerts, awards ceremonies, AV presentations, promotional events, and banquets. The theatre is the only official venue for the opening and closing ceremonies of the Shanghai Film Festival. 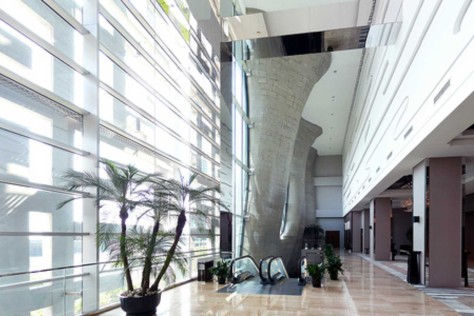 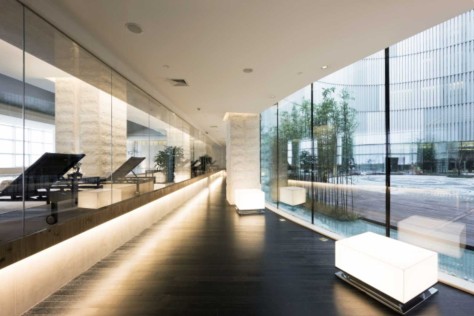 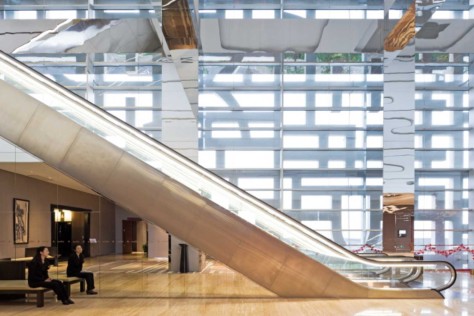 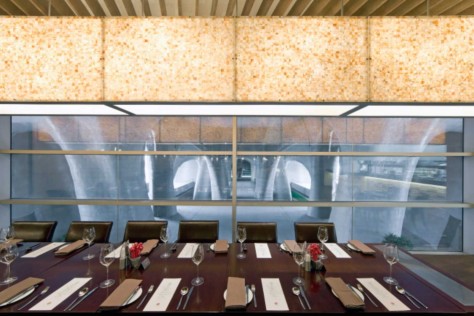 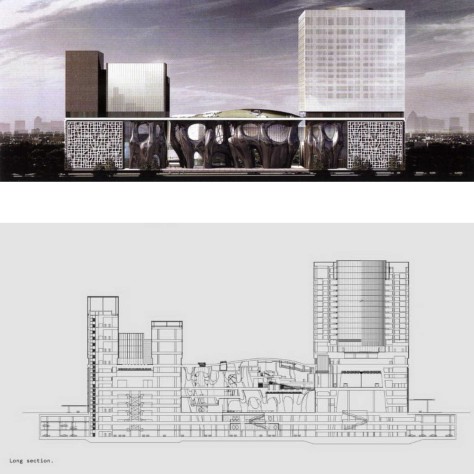 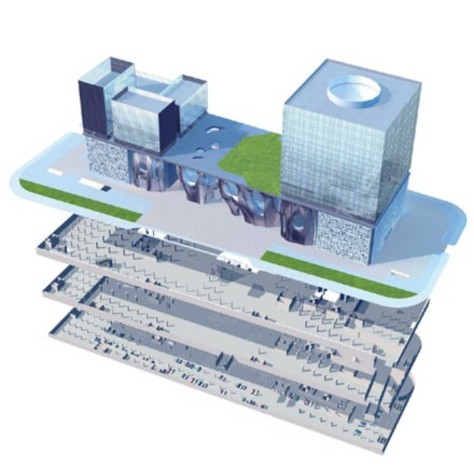