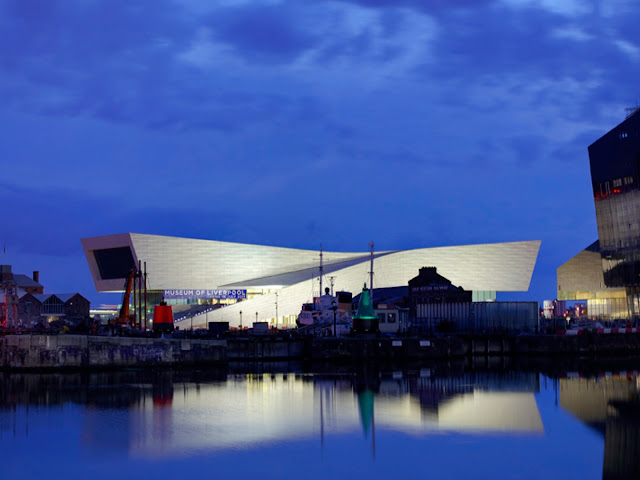 The Council ofEurope has named the Museum of Liverpool,“European Museum of the Year for 2013“. Located at the UNESCO World Heritage Site between the Albert Dock and the Pier Head, and next to a row of prominent historic buildings dubbed ‘The Three Graces’ the museum building is conceived as inclined or elevated platforms, gradually forming a sculptural structure. 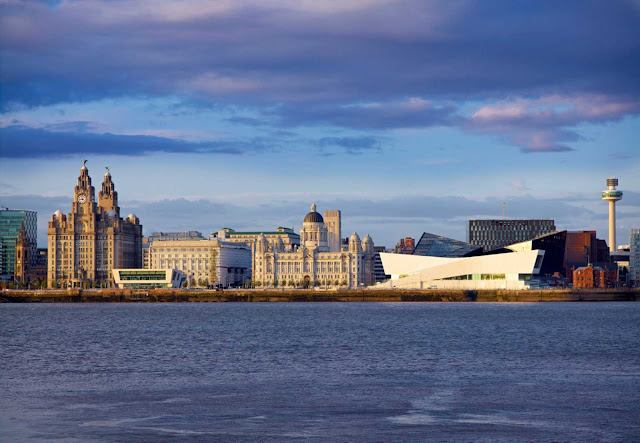 Fully accessible it will contribute to the public promenade flow along the Docks. Situated at the Pier Head, the museum will be visible from both the river and the city. The nexus of the building, the central staircase is crucial to the museum, and during the design process it was studied thoroughly in sketches, 3-D renders, and in physical models. 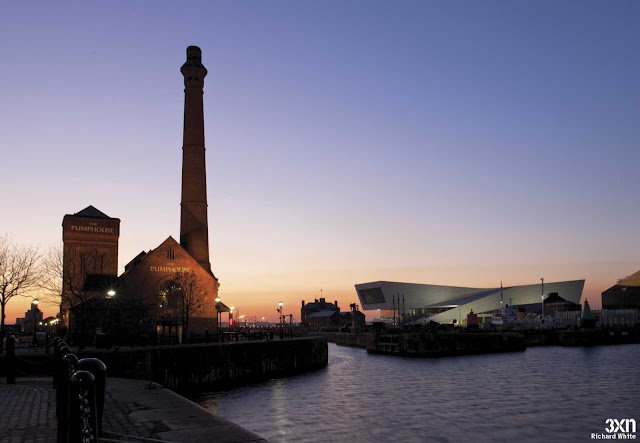 The atrium serves as a public ‘living room’ as well as entrance lobby, providing connection to the exhibition spaces which are dispersed around it. The new Museum of Liverpool ambitions to become the World’s leading city history museum, showcasing social history and popular culture and will look at Britain and the world through the eyes of Liverpool. 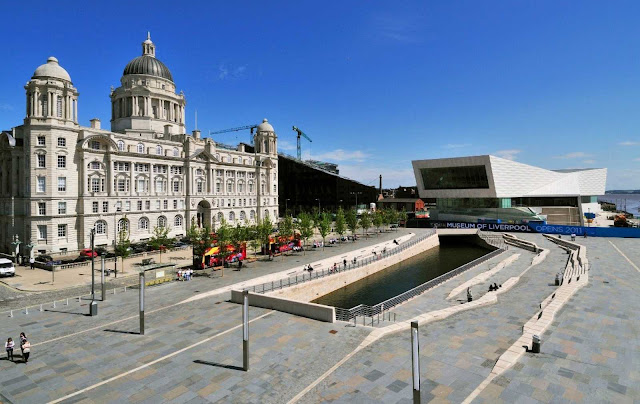 It is estimated that the new museum will attract at least 750,000 visitors on a yearly basis, and that Liverpool, with the Museum as a symbol of the Liverpool’s ongoing regeneration, will be elevated into the front rank of European tourist destinations, as well as providing a brilliant place for local families to find out about their own history. 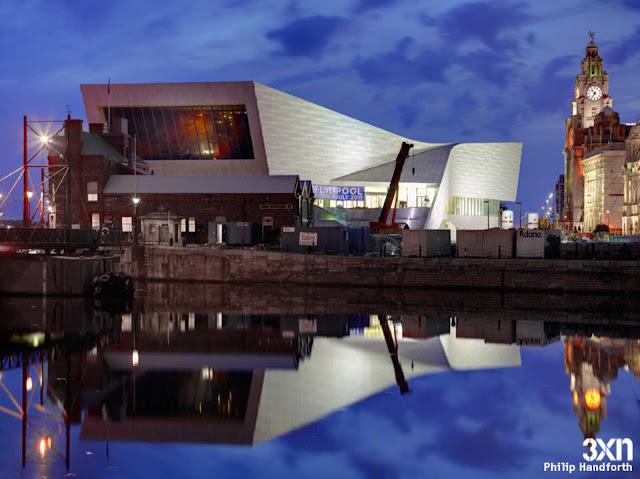 ’This is one of the largest and most prestigious projects in 3XN’s 25 year history. The Museum’s design is a result of a very rigorous process, where it was of utmost priority to listen to the city inhabitants, learn the city’s history and understand the potential of the historical site that the Museum now sits upon.’ 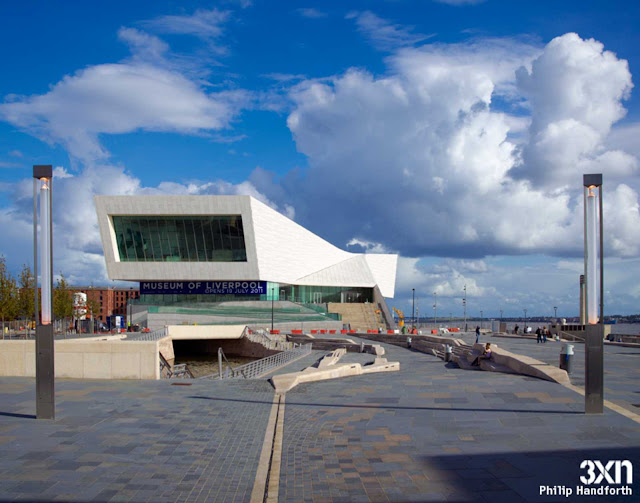 The result is a dynamic low-rise structure which enters into a respectful dialogue with the harbour promenade’s taller historical buildings. This interaction facilitates a modern and lively urban space. The design is reminiscent of the trading ships which at one time dominated the harbour, while the façade’s relief pattern puts forward a new interpretation of the historical architectural detail in the ‘Three Graces.’ 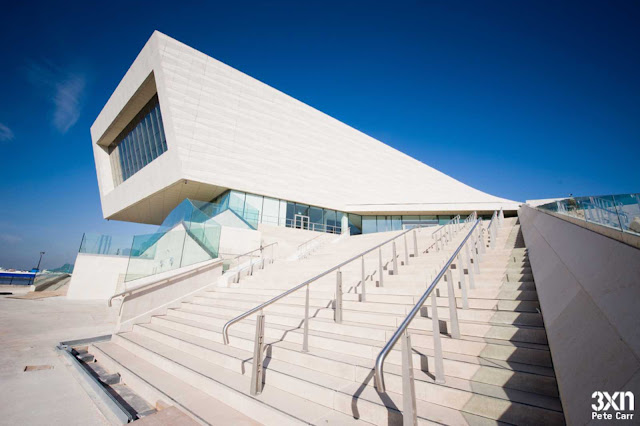 The enormous gabled windows open up towards the City and the Harbour, and therefore symbolically draw history into the Museum, while at the same time allow the curious to look in. 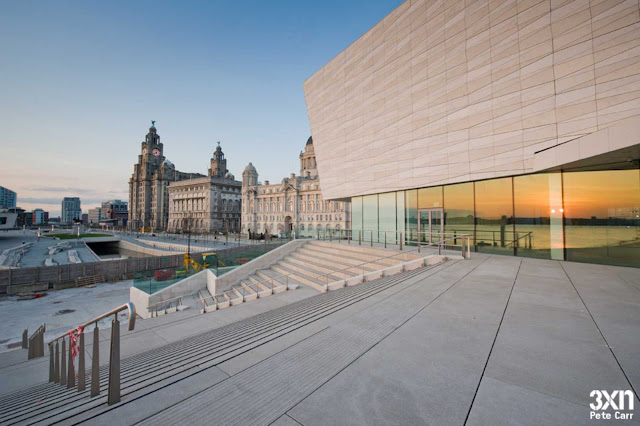 The Museum lies along the Mersey River in the center of Liverpool, and will function as a nexus, in that it physically connects the Harbour promenade with the Albert Dock, which today contains restaurants, museums and boutiques. The outdoor areas around the Museum offer seating with views to the water adding to the dynamic urban environment and serving as a meeting point for locals and visitors alike. 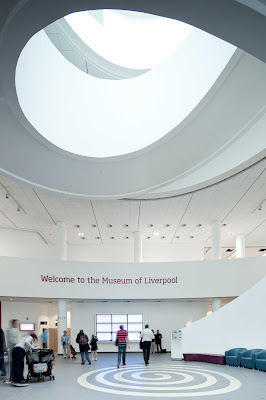 The theme is carried through into the Museum of Liverpool’s central atrium, with its sculptural sweeping staircase leading up to the galleries further encouraging social interaction. All of these functions result in Kim Herforth Nielsen choosing to describe the Museum as a structure that unites Liverpool. 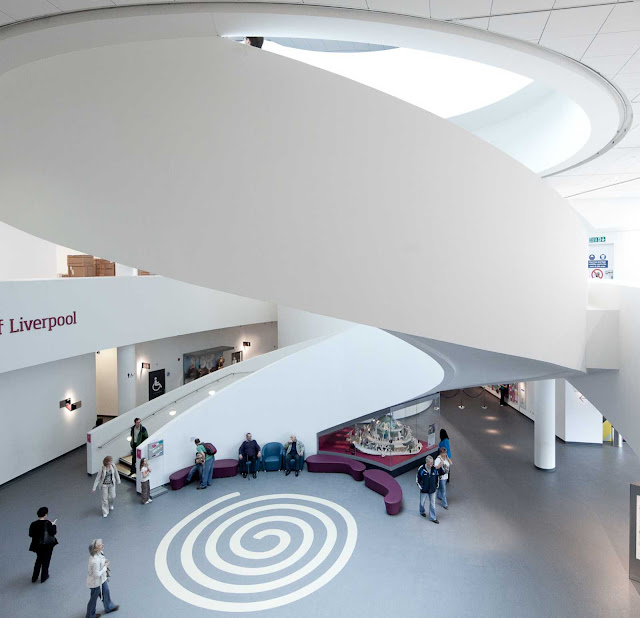 ‘The museum connects the city together on many levels – physically, socially and architecturally. The idea of creating a Museum as a nexus in both physical and symbolic expression has been central from the start. I am very satisfied to see that this ideal is carried out to the full in the completed structure.’