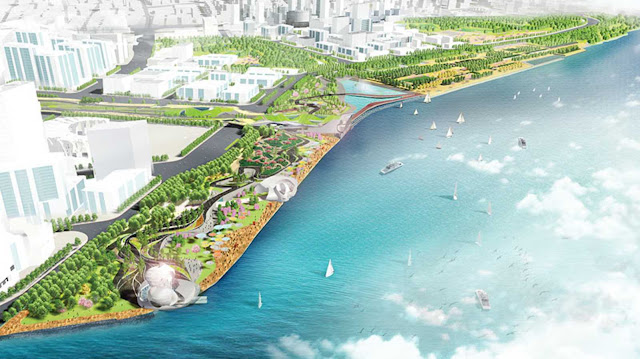 The SWA Group, with Morphosis that developed the site’s architecture, has won an international design competition for a 2.3-kilometer-long new park along the Pudong waterfront near Shanghai’s International Expo Centre.

The transformation of this prominent waterfront site, at the southern head of the city, includes a 940-acre mixed-use development and a 250-acre park along the Huangpu River. 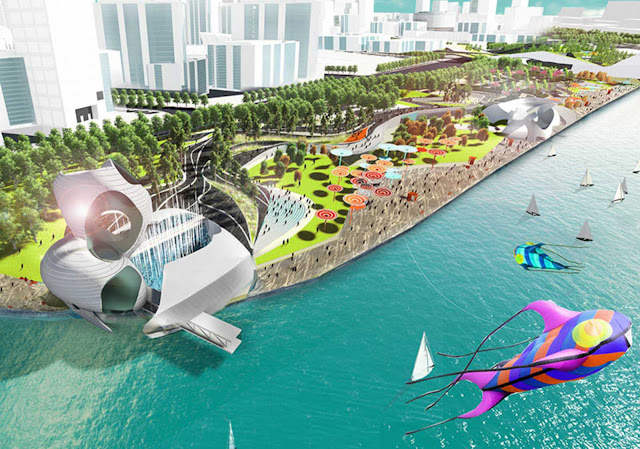 The winning design called ‘Front City, Five Parks’ by SWA and Morphosis, “builds on the role of Shanghai as a place where tradition and modernity meld to form a unique cosmopolitan identity” said Ying-Yu Hung, SWA Managing Principal in Los Angeles, with the idea of creating a new gate of the global city. 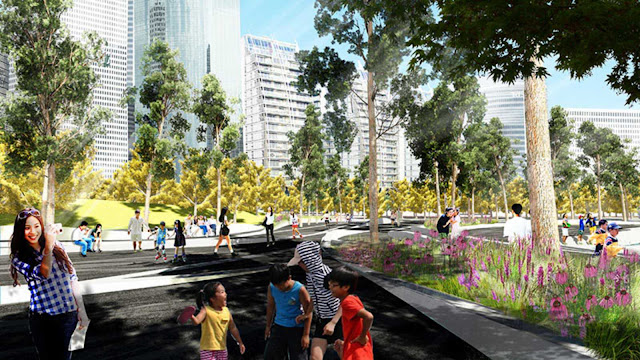 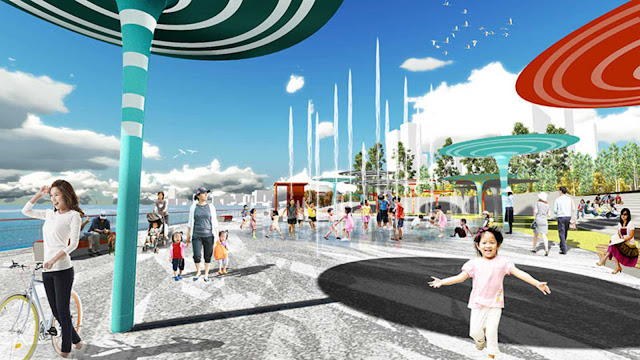 Approximately 100 hectares of the “Front City” are designated for the park component, which will create a mega sports  park, wetland park, new civic facilities, museums and restaurants, and a new ferry terminal, all connected by a 7 km pedestrian access loop. 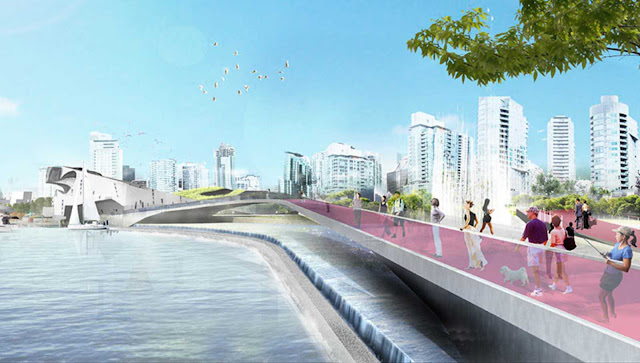 “Front Loop” is a 7-kilometer long pedestrian loop that surrounding the “Five Fronts” sections will tie them together, a pair of twin pedestrian bridges will outline the edge of the Infinity Lake where fireworks and water shows will be performed. Along the river a floodwall control system made up of walls that rise and fall according to the water level will be provided. 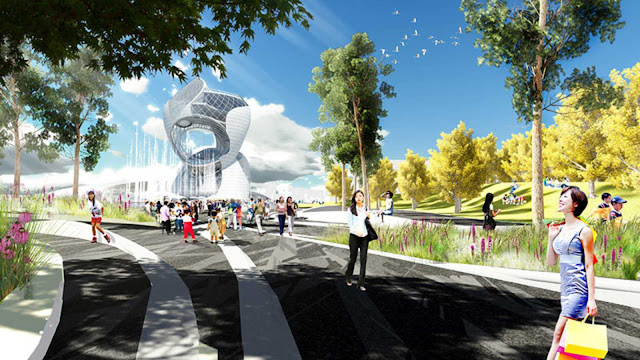 “The exponential growth of Shanghai has outpaced the confines of the historic core of Pudong, prompting development of satellite cities in greater Shanghai,” said Ying-Yu Hung, SWA Managing Principal in Los Angeles, “but now Shanghai sees ‘Front City’ as a step in reasserting its role as a gateway and center of commerce, and an opportunity to strengthen the urban core.” 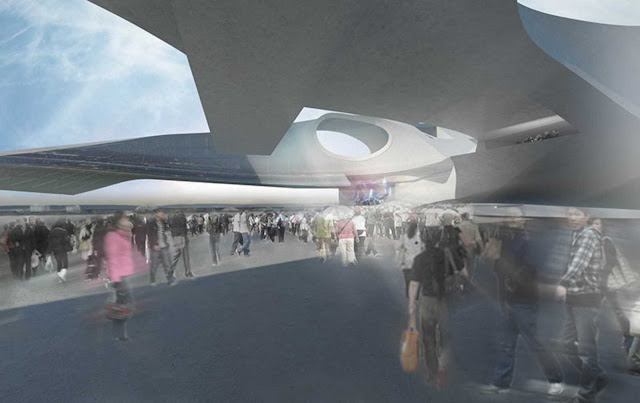 A highlight of the firm’s design is its “friendship tower,” a multi-story structure that merges with the landscape, resembling a series of interconnected Taihu stones—a porous limestone produced at the base of Dong Ting Mountain in Suzhou by millennia of lapping water. 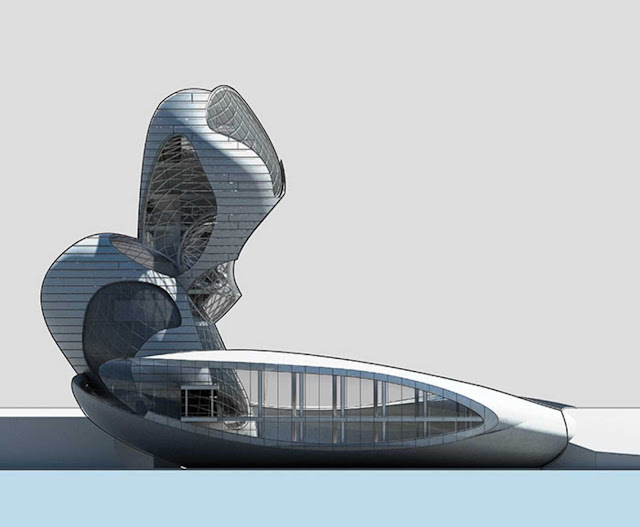 Morphosis principal Thom Mayne also designed a spectacular ferry terminal and cultural center for the site. Both seem to emerge from the earth, with pieces seemingly designed to combine with those from the other structures, like merging continents. 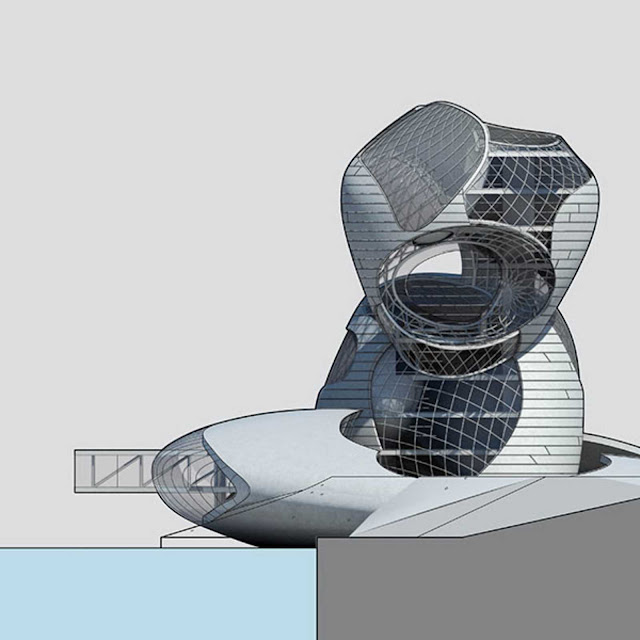 “Each Front is rooted in sustainable design and represents an important element of Shanghai’s dynamic culture,” said Hung.  “As a city built on the intersection of land and water, of past and present, of East and West ideology, Shanghai holds an important stature among the major cities of the World.”