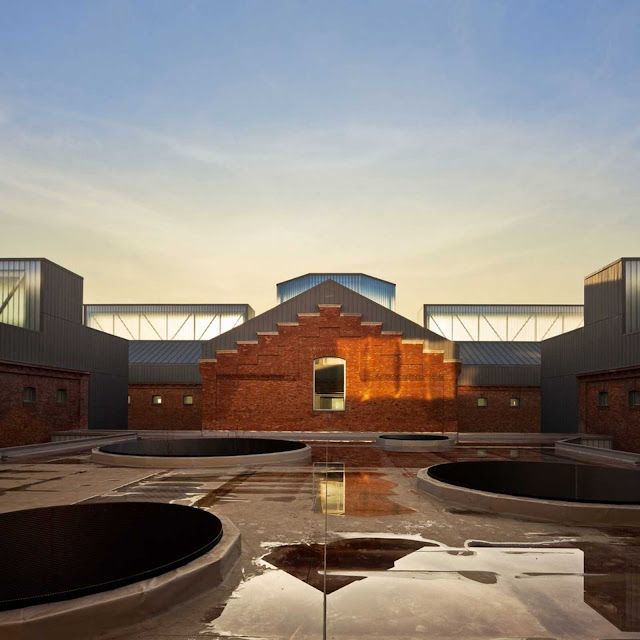 The former Palencia Provincial Prison complex was created at the end of the XIX century, built with brick bearing walls following the “neomudéjar” style, and composed mainly of four two-storey wings and some other with one storey. 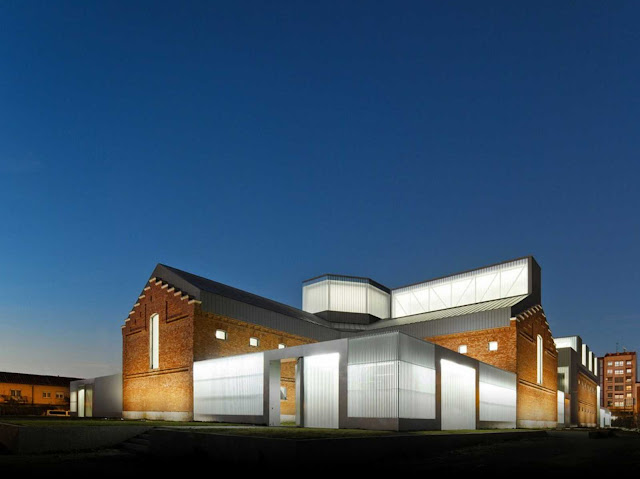 On this building was planned a comprehensive refurbishment to transform the former use and convert it into a center that promotes the social and cultural activity in this part of the town. 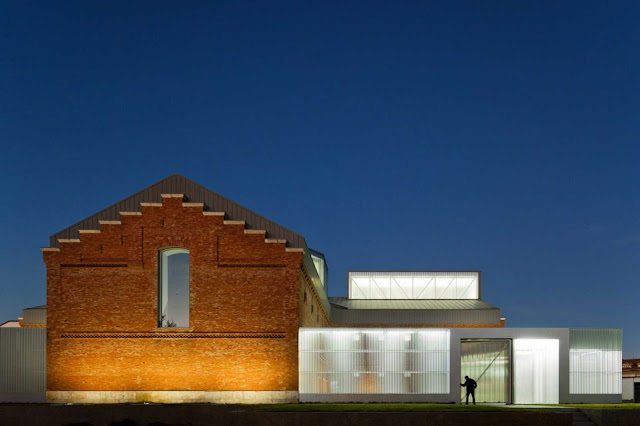 Our proposal intends to convert the former prison into a meeting place, recovering some of the old spaces, and creating at the same time new structures that make possible the new planned activities. It is a project that respects the existing building, which is given a contemporary, lighter appearance, and where the natural light will play a key role. 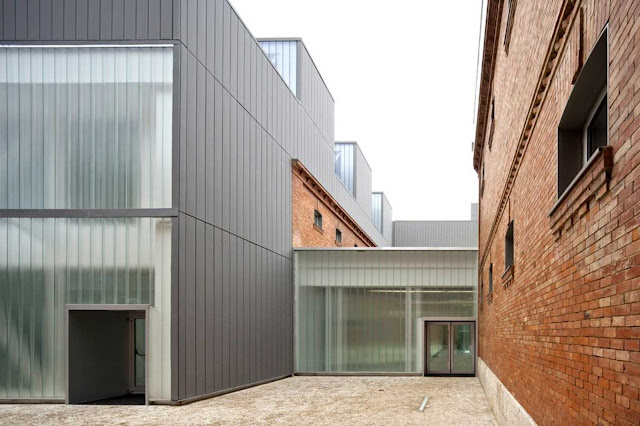 With this aim the main two-storey wings have been refurbished, emptying their interior and placing a new independent structure to bear the new floors and roofs. Besides, between the main wings have been built new connecting pavilions, which form the new complex perimeter and give it a modern and friendly aspect. To introduce the light in the building we had to remove the old covered with tiles which were in very poor condition, and have been replaced by others of zinc that open large skylights which introduce light into the open halls of the Center. The entire building is organized around a great hall that connects the 4 pavilions of the former prison. 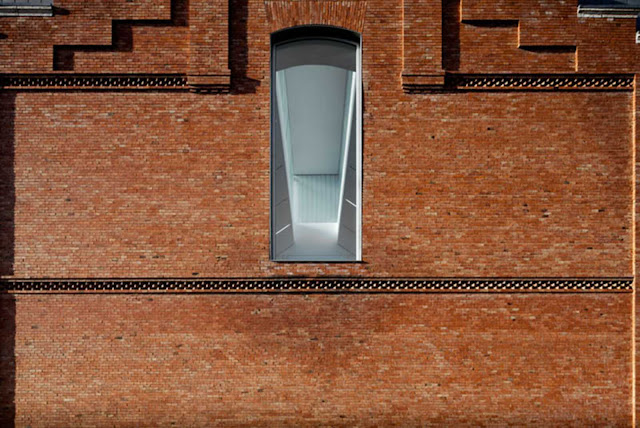 It is a diaphanous space based only on a few mild cylindrical courtyards of glass that illuminate and provide the backbone of the stay. Due to its central location in relation to the pavilions, this space acts as a nerve center and distributor of users, across the Pavilion access and reception, directed towards the rest of the areas of the Centre. The hall gives way to the lateral pavilions where the auditorium and various music and art classrooms are. On the upper floor, under a large glass skylights, are two multi-purpose areas dedicated to more numerous groups. 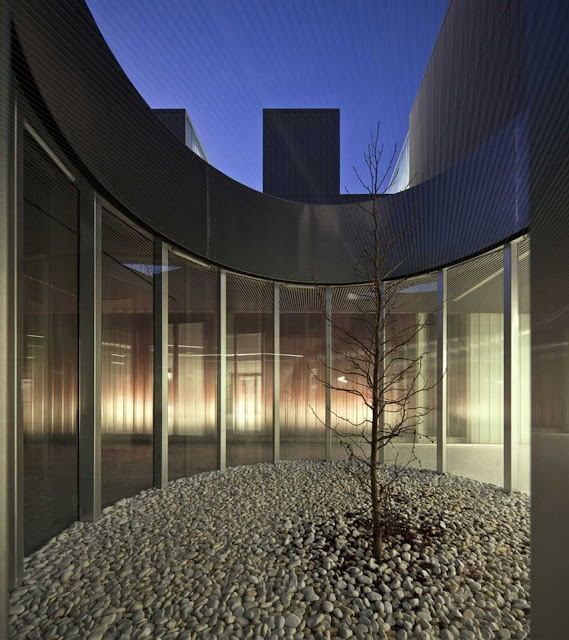 In the area where is the cells of prisoners were, we placed the library. The reading rooms are articulated around a central space of high-rise under a lantern of octagonal shape that acts as a distributor for the different areas and that arrives vertical communication and control areas and offices. 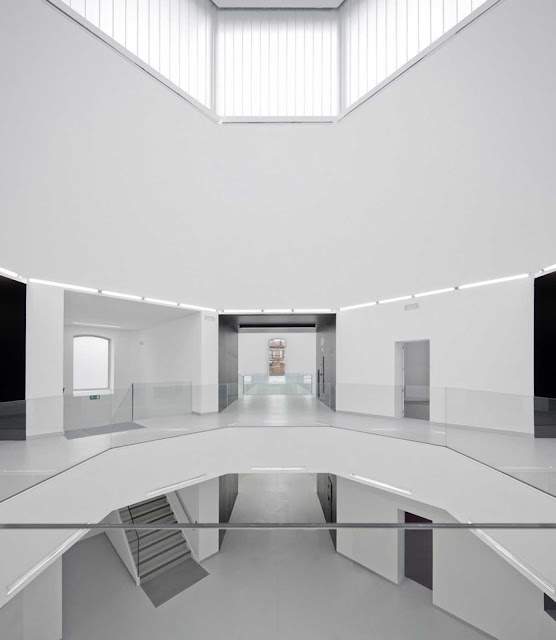 Finally, access to the Centre are carried out through a very light and bright glazed perimeter that pretends to be a filter between the city and the activity of the interior. A structural steel beam travels abroad tying areas glazed with the former factory walls getting an alleged industrial air. 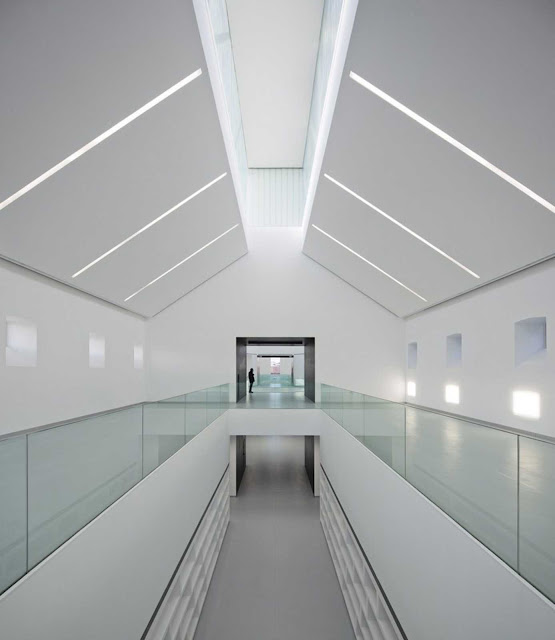 The use of metallic materials in all intervention, as the zinc in facades and roofs, glass and uglass in the lower bodies and skylights and the aluminium lattices as lightfilters also contributes to this. 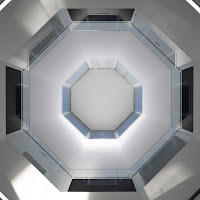 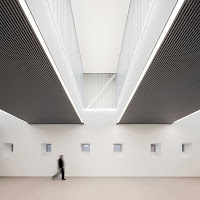 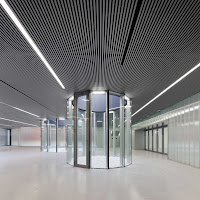 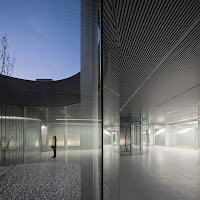