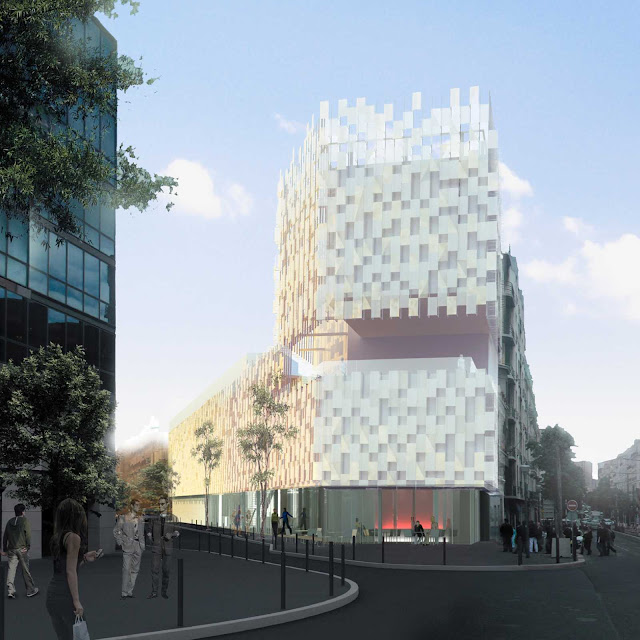 The new building housing the Fonds Régional d’Art Contemporain (Regional Contemporary Art Fund or FRAC) will be located midway between Marseille’s historic Panier district and the Joliette sea front. Designed by Kengo Kuma and the Toury Vallet agency, the building’s glass façade plays on light from the port.
“The FRAC PACA project is the three-dimensional version of André Malraux’s ‘museum without walls.’ It’s a museum without a museum, a living, changing museum, in which the works are in permanent movement and are part of a notion of dissemination and interaction with the public,” explained Kengo Kuma. Designing quite naturally according to the new High Environmental Quality standards, the architect of sublime bamboo structures in Asia here presents a contextual variation on his work with light. 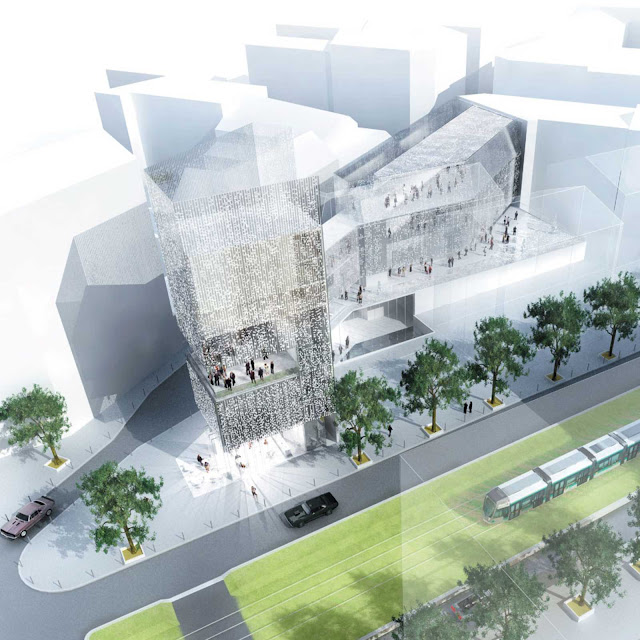 And taking the concept one step further, the FRAC program wants to be a space open to the city. According to an impetus of external flows, Kengo Kuma came up with an interior walkway, as if the Boulevard de Dunkerque came right up to the final terrace and fed different intermediate volumes. “In a spiral movement, and in order to complete this ‘interior street,’ we tried to link the interior and the exterior in a fluid manner, like a wave of light.

It’s these elements that represent this fragility, this vagueness, by the use of special lenses that work like pixels,” continues Kengo Kuma not without a nod to the master of the Cité Radieuse. At once an exhibition space, a library, a teaching workshop, a residence for artists, the FRAC demonstrates an interactive and multidisciplinary ambition. Also at the heart of this architectural program, Kengo Kuma’s “interior street” opens on to modular spaces and operates like the vital artery of a shifting, living building. 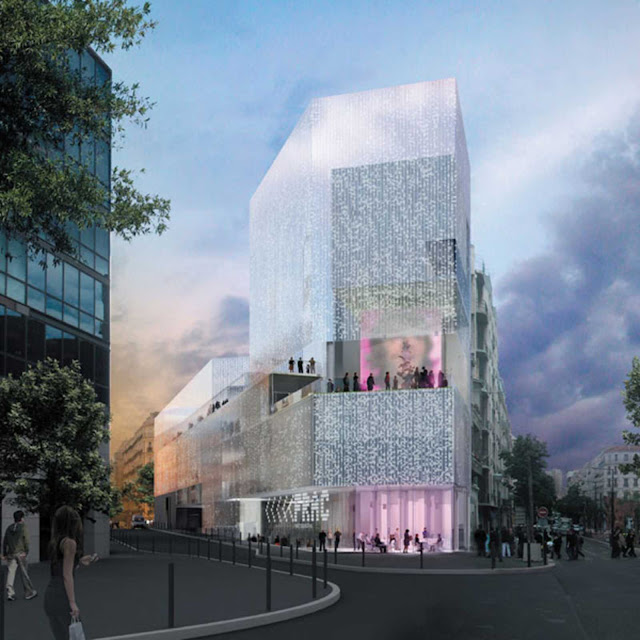 “On a triangular shaped site, of a quite static and difficult nature, we wanted on the contrary to plug into the city by bringing its energy into the building. In this way on the surface, the lenses on the façade reflect the passage of passersby, the street traffic, and the variations in light from day to night. 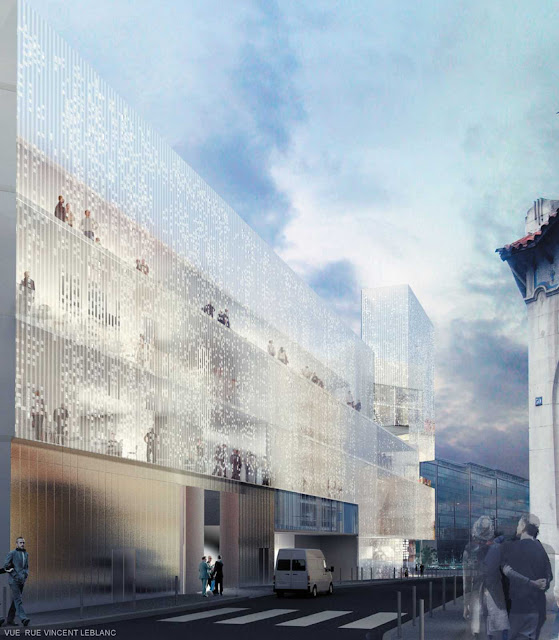 Also in its heart, we created an interior courtyard with a terrace that opens on to a framed view of the reality of the true Marseille,” and Kengo Kuma concludes, “the FRAC program is before all else a living collection in tune with its city, in contrast to the Aix-en-Provence Conservatory which will be a place of sound protection. 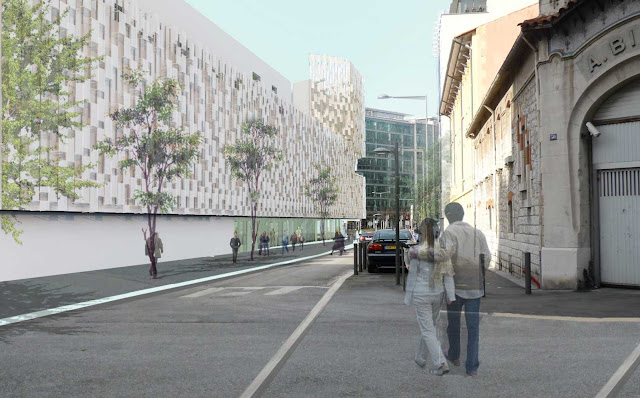 On one hand glass membranes let in life and light, on the other barriers protect from the urban hubbub.” Though in contrast, the two projects function like a cocoon, a benign matrix and offer the promise of wonderful artistic experiences to come! 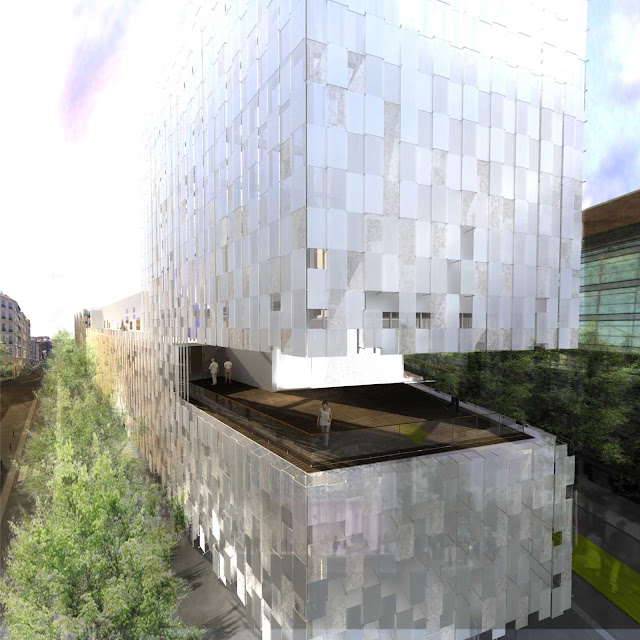 We came up with a plan where the building consists of an alley that rises in a spiral on the West side. This would incorporate the excitement of alleys into the structure, and the alley would continue when you went up to the roof from the 2nd floor and 3rd floor. The concept of floating alleys in the air was also attempted by Le Corbusier in Unité d’Habitation, but our plan was for a spiral alley that continued from street level rather than an alley that was floating on a piloti. 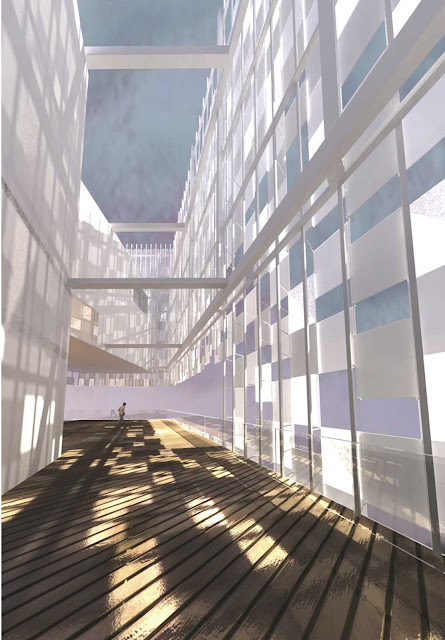 The terraces that float in the sky are in effect sky stages, and the activities that are performed there draw the attention of the people walking on the ground, and create a type of connection between the city and the building, as well as daily life and art. The end point of this alley is a large terrace on the roof. This relationship is similar to the relationship between alleys and plazas in the city structure of Marseille. 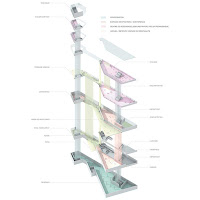 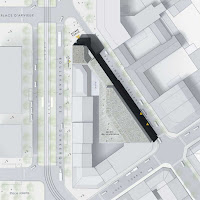