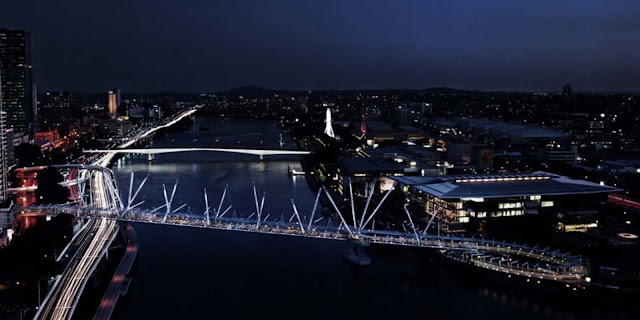 The earliest concept of a Kurilpa Bridge emanated from the design competition for the Brisbane Magistrates Court on Queensland Place. 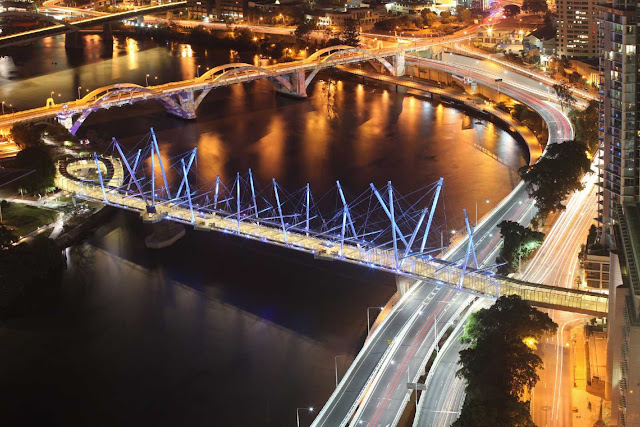 This concept anticipated the potential for a continuous link from the Queensland Cultural Centre through Tank Street and Queensland Place to Roma Street Parklands. 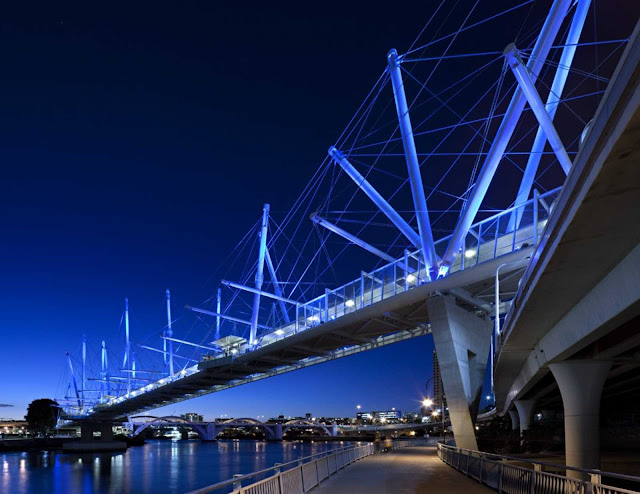 Our vision at that time was to connect two of the city’s major parklands – South Bank and Roma Street – conscious that the Goodwill Bridge would create a parallel connection between South Bank and the Botanic Gardens. 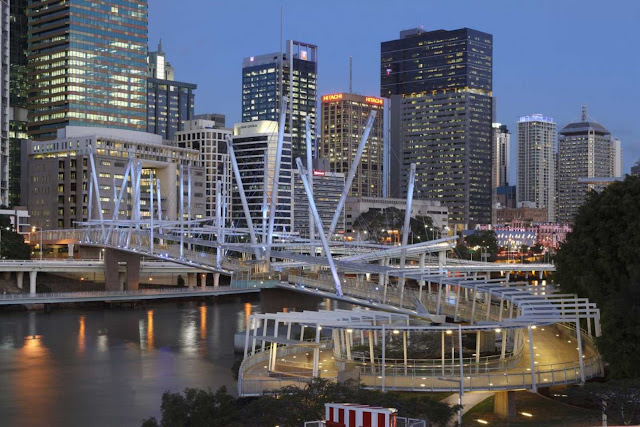 We later extended the notion of a city centre multiply connected by pedestrian bridges across its serpentine river, including the Kangaroo Point Bridge and future potentials to New Farm and Bulimba. 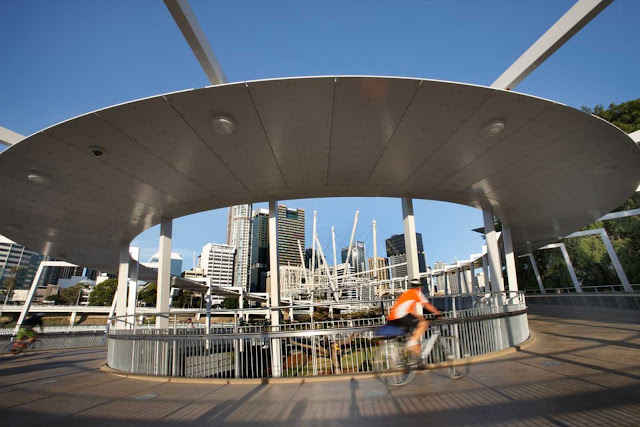 Our belief is that such linkages have the potential to re-express Brisbane as the world’s Subtropical City, a city of outdoor lifestyle and connectivity. Since then, the Kurilpa Bridge’s significance has become even more pivotal in the urban context, for the following reasons: 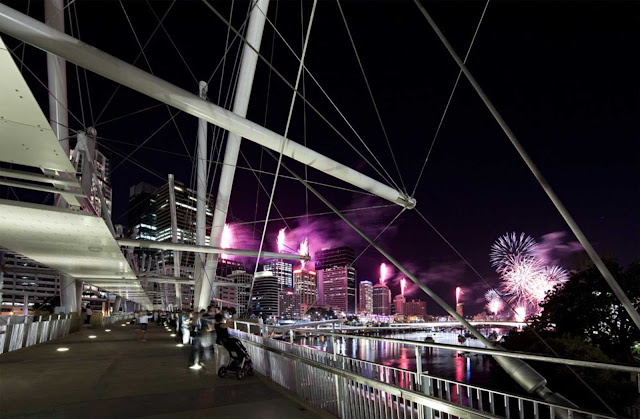 – The completion of the Gallery of Modern Art and State Library into the Millennium Arts Precinct has provided Brisbane with a major cultural destination in itself, let alone its place in a continuity of cultural places through into South Bank. 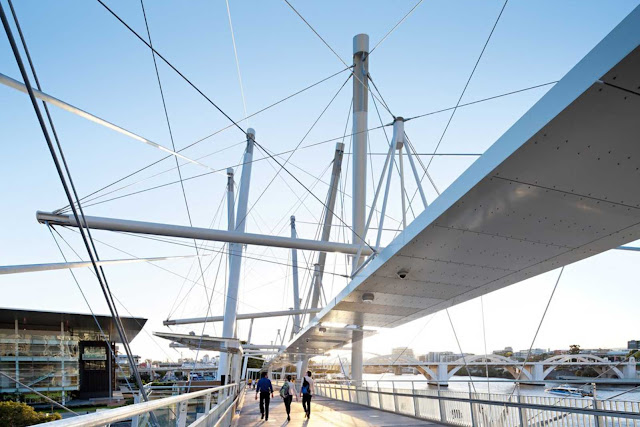 –Beyond this precinct is some 2 kilometers of the most intensive urban renewal that the city will ever generate. 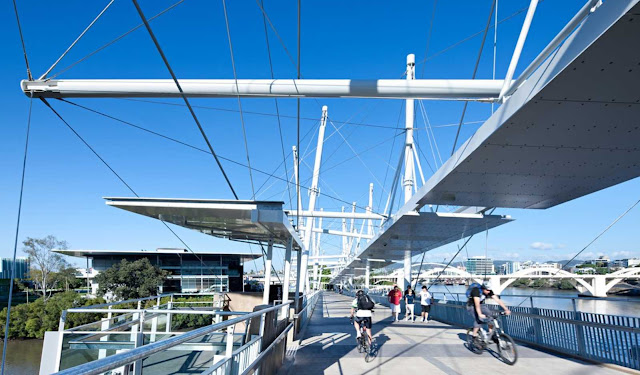 –On the CBD side of the river, the impending High Courts Development will combine with the Brisbane Magistrates Court to create a cohesive Justice Precinct within a larger CBD precinct which is experiencing substantial commercial redevelopment, including the likely redevelopment of Roma Street Station. 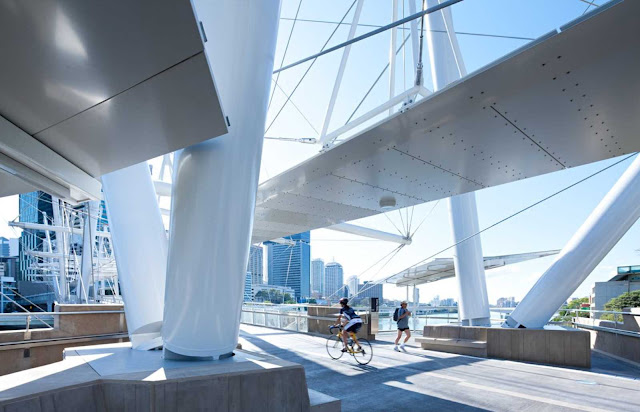 The Kurilpa Bridge can thus be seen to be potentially the most significant connection in the way the future city centre functions and is perceived. 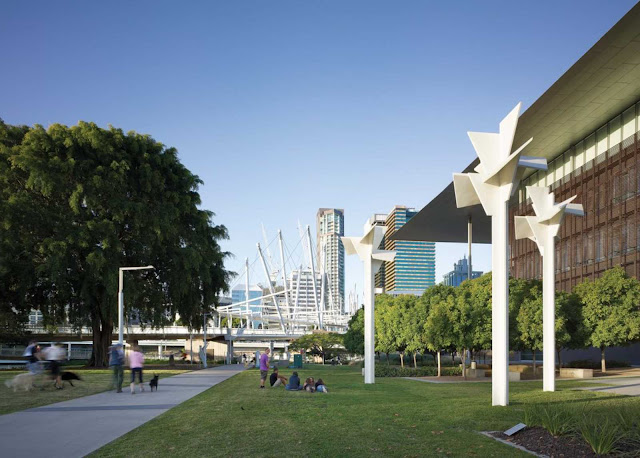 Moreover, the Kurilpa Bridge will, as the aerial plan illustrates, form the completion of a pedestrian and cycle loop around the river extending the full length of both the CBD and South Bank. Incorporating the development of North Bank, this loop has the potential to be one of the world’s great recreational lifestyle experiences.