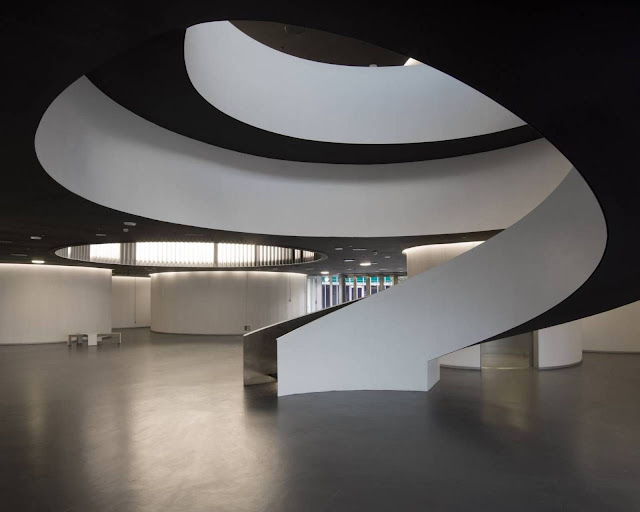 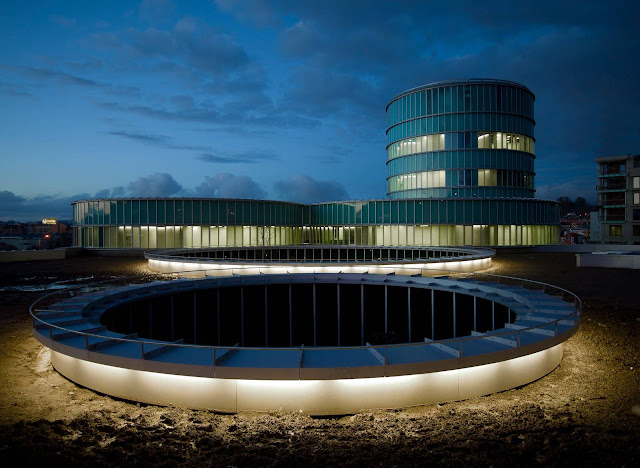 A large circular void in the building’s volume creates a central courtyard, where the entrance is located. Internally, a spiralling staircase at the heart of the building connects the ground and first floors. 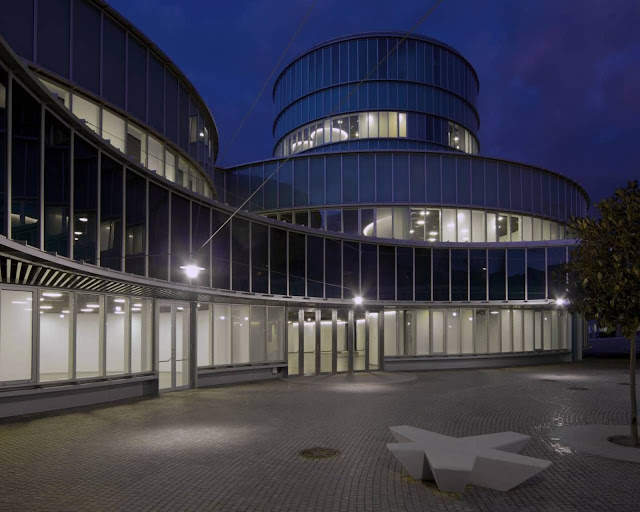 “While the present is under construction, the past and the future take new forms. Every single moment, each new action, enables a revision of what has been done, and also lends a new profile to what is about be done, continuously modifying the collective memory as well as the projects to come. 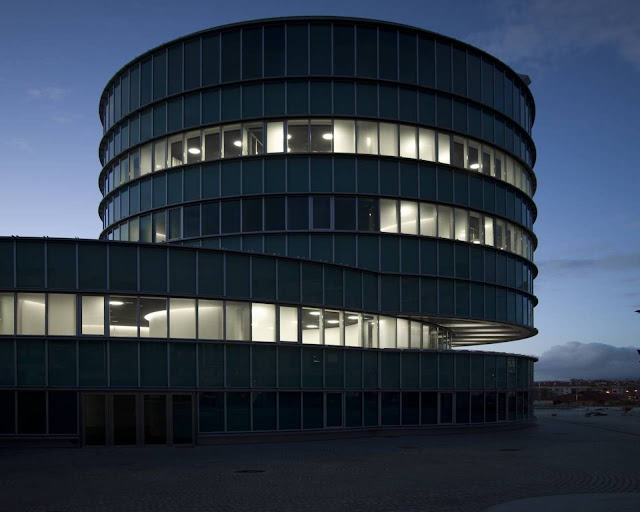 In this changing scenario, with a past and a future in constant construction, probability becomes the only approximation to certainty, the only mechanism to approach reality. 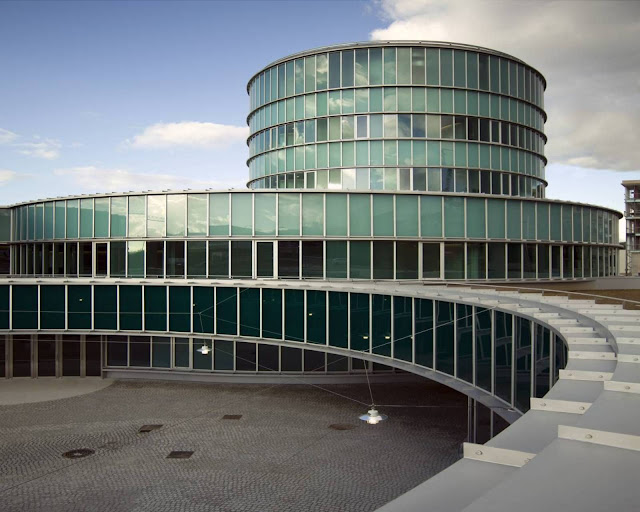 In the heart of this transformation, architecture widens its vision, regarding the definition of space as only a small part of its assignment: the construction of artificial environments, of the atmosphere in which the actions of mankind unfold. 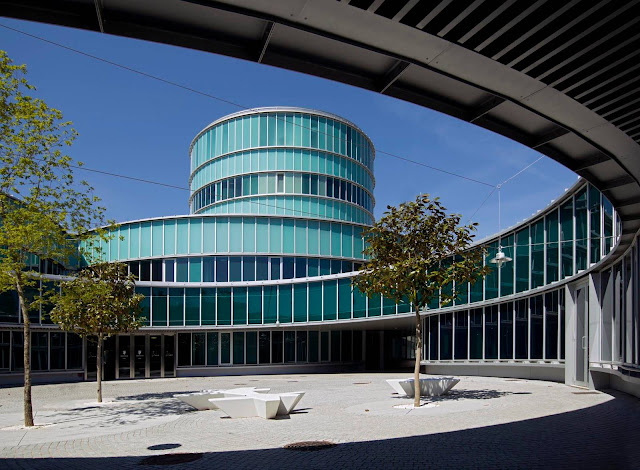 This is a kind of mobilization of the world in which the main tool is the negotiation between the parts, and the aim is the creation of scenarios of wills that will encourage collective identity. 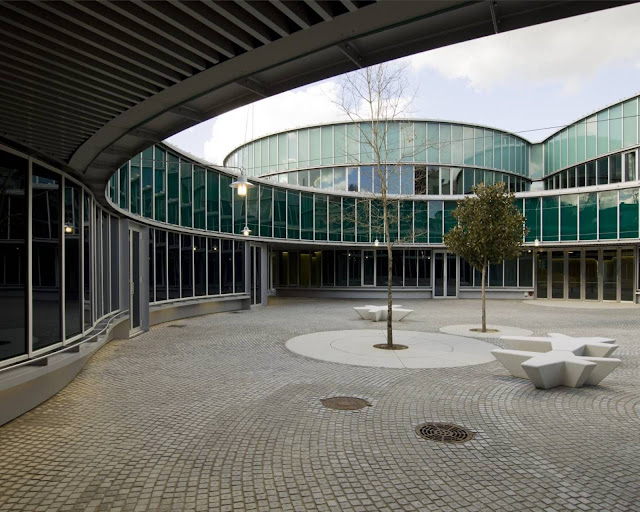 Thus, the proposal for the Concello of Lalín oscillates between precision and probability, building an antimonumental structure in which -as in the clouds- each one can guess personal references in the changing shapes. 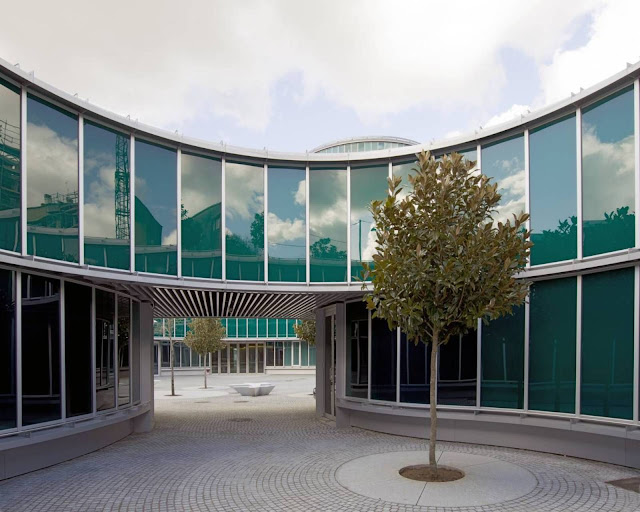 Therefore, the collective identification is the result of the diversity of interpretations: a technological Celtic village, some colored clouds, a civic palimpsest, a patterned fabric, etc. 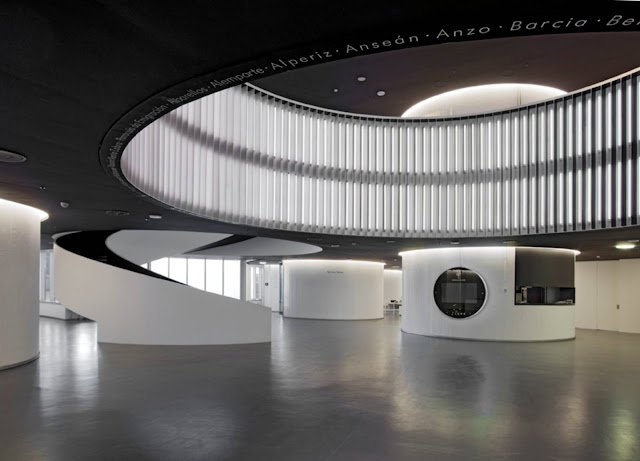 The proposal is an open structure, almost a mathematical field, that establishes a local behavioural system in dialogue with the environment, choosing the dispersed over the compact, the transparent over the opaque and the diffuse against the limited; a social and architectural structure without hierarchies. 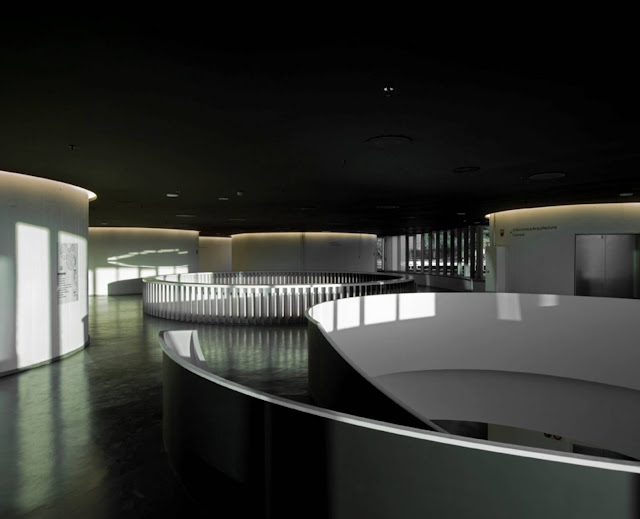 All in all, this is a matter of confronting what we think we are with what surrounds us, so that, what becomes most important is the capacity to multiply, to intensify and to diversify the relationships between humans and non-humans. In other words, it is a matter of realizing that we are nothing less -but also nothing more- than a small part of a world that turns endlessly, tirelessly…” says the architects. 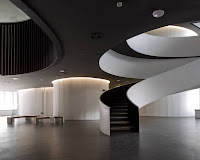 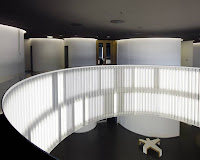 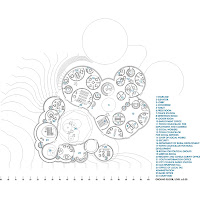 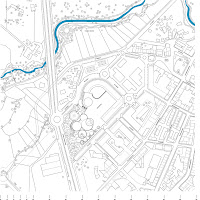