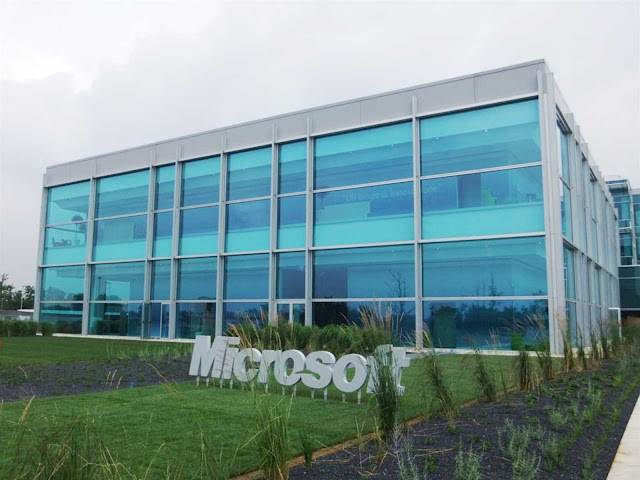 In 2007 Microsoft Italia chose to establish its headquarters in a rural landscape characterized by the seasonally shifting pattern of agricultural production. The proposal focused on the condition of agricultural fringe, an opportunity to create a transition; to create a meeting point between two technologies, working the fields and working with computers. 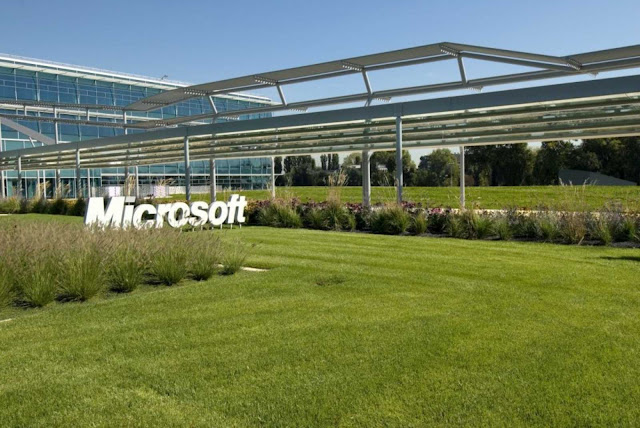 These two realms of technology develop in parallel, with neither prevailing over the other. The project is located in the flat terrain of the Padana plains out of Milan, characterized by their broad horizons, patterned fields, tree rows, canals and spring-fed irrigation channels. 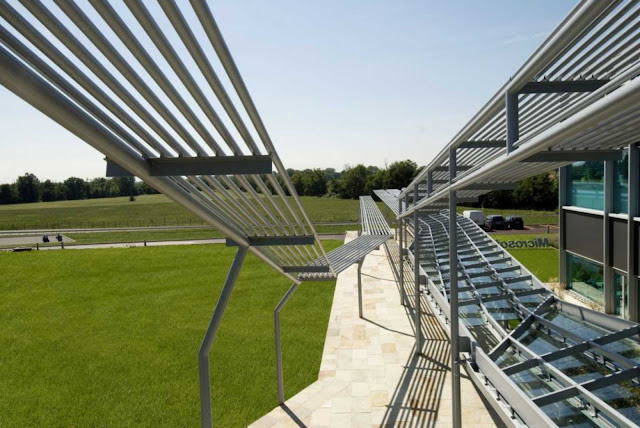 The new Microsoft Italia campus is enclosed in a chamber created by extended tree rows that flow in from the landscape. The design proposal implies a stitching together of the two fabrics, the purity of the architectural volumes with the broad landscape. The proposal responds to both the clients need for a new entrance to the building and also to the broader agricultural landscape. 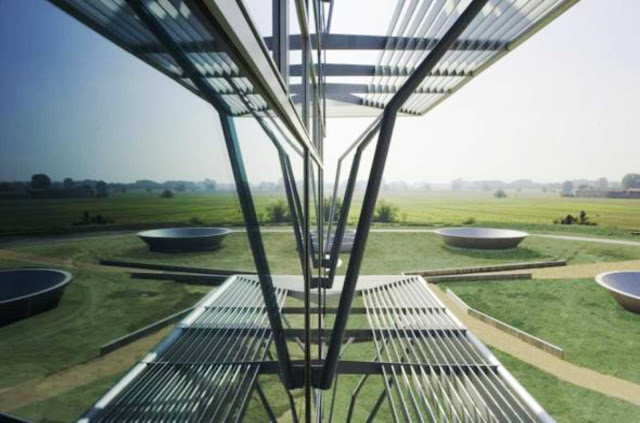 The lines in the project are connected to the lines of the cultivated fields, their rhythm is natural and develops in the same way as the natural landscape. The project drags the agricultural landscape in and around the buildings of the campus, it moves in a field that is both ambiguous and clearly defined at the same time. 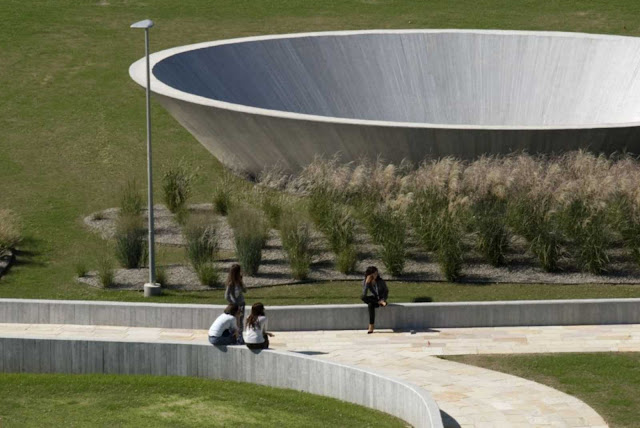 The furrows of the landscape approach the built form and then rise up in all their power, suspended over the walk way. They then stretch out and envelop the volumes of the building by climbing up the glass facades. 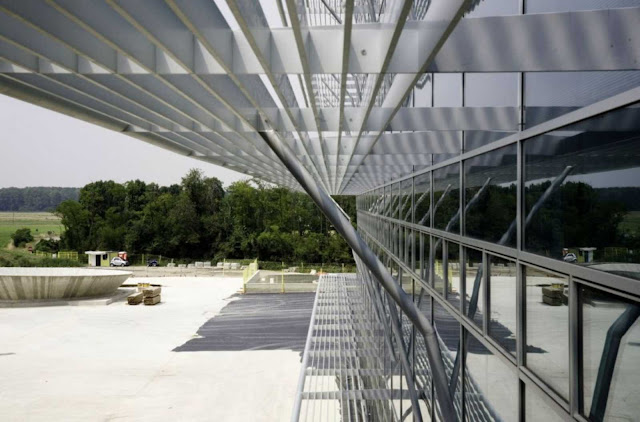 People entering and leaving the building are sheltered by a series of pergolas: “shade pergolas” composed of metal lines and parallel tubes at different heights and then one single “rain pergola” made of glass and metal, running at a lower height. The origin of the structure is not clear, does it rise out of the trees or from the building facade? 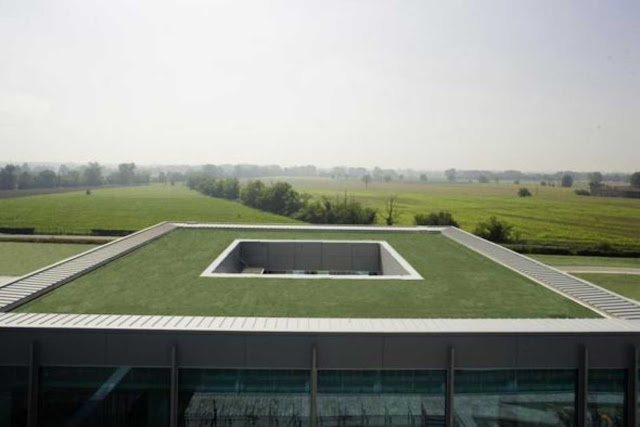 The expanse of the brise-soleil, which detach from the vertical plane to a horizontal one, invite you out from the walkway onto the campus. Aeration and illumination cones from the underground parking punctuate this intermediate landscape. 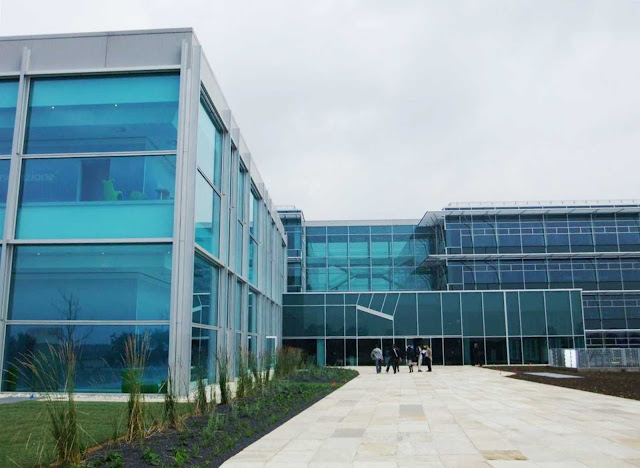 Similarly to the furrows of the fields, pathways carve through this intermediate space to create places for work and play. The new green volumes of the day-care centre, for 60 children, project themselves against the stand of trees announcing the Gambarone spring, acting as another connection to the irregular landscape. 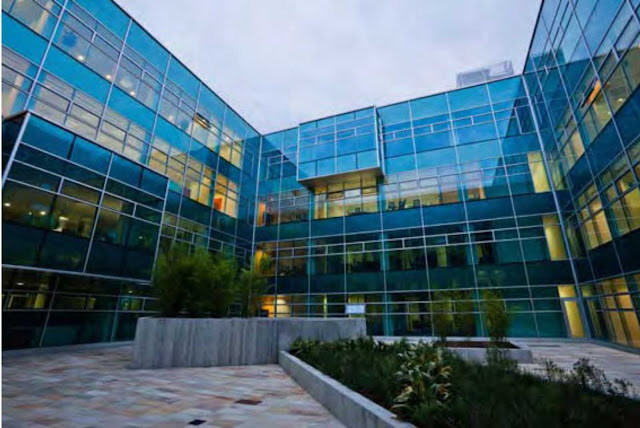 The buildings enclose a courtyard for the children, similar to a fragment of a field defined by endless tree rows. The swath between the offices and the fields is now a hive of activity, which permeates out into the landscape, the two landscapes share and cohabitate the swath. 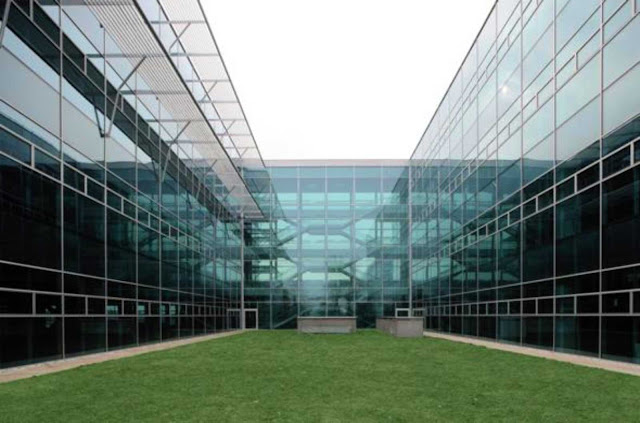 When under the transitional space of the pergola, we will ask ourselves once again: to which world does it belong? The shadows of the metal lines, like the ploughed fields in winter, are where different situations come into being, where the important thing is to design a dialogue.