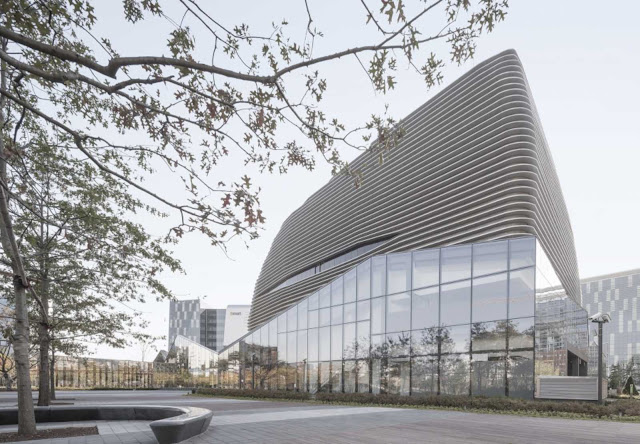 In South Korea, the study, design, and sales of housing have developed into a discipline serving an ascendant middle class with amenities and technologies that are significantly sophisticated. 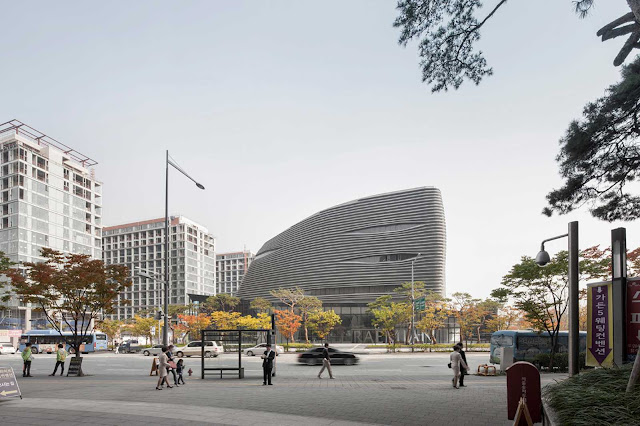 The “model home gallery,” a nexus for consumerist desires and corporate strategy, not only contains sales offices with model homes, but also a variety of public amenities for the adjacent community. 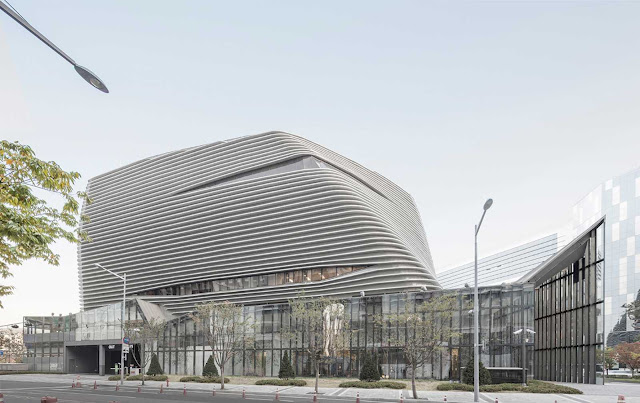 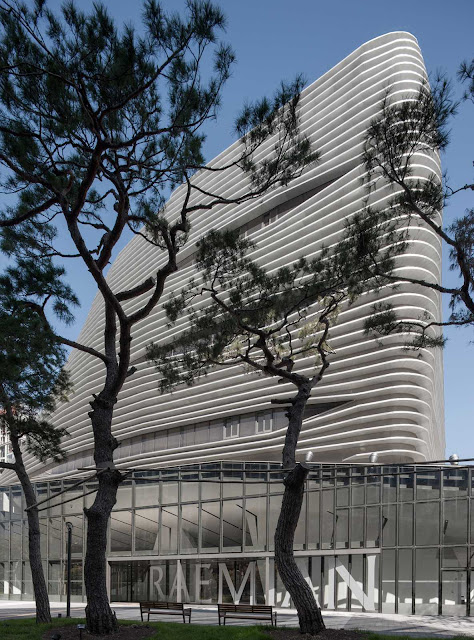 An active housing market has produced a competitive frenzy resulting in architectural spectacles as the dominant approach to these initiatives: highly themed icons and surfaces that masque what are otherwise typologically simple diagrams. 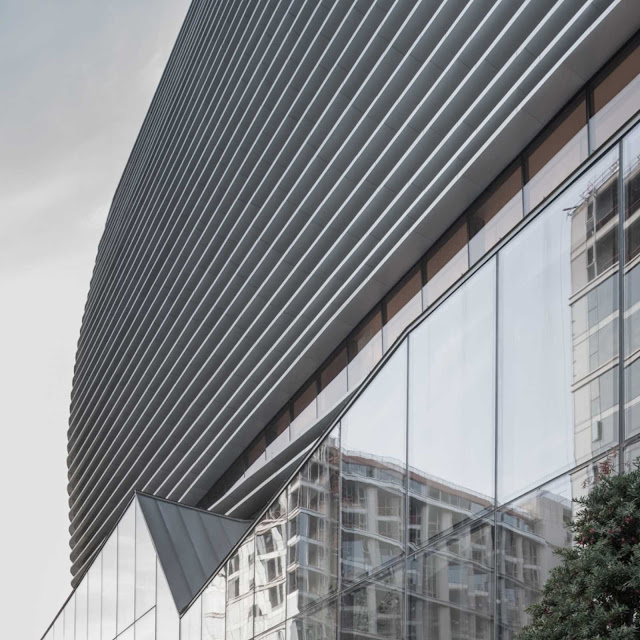 The organizations of these buildings normatively require a public base, supporting a black box of exhibition space for full-scale models above. The design of this model home gallery is an evocatively rendered black box perched atop of a dynamic glass plinth. 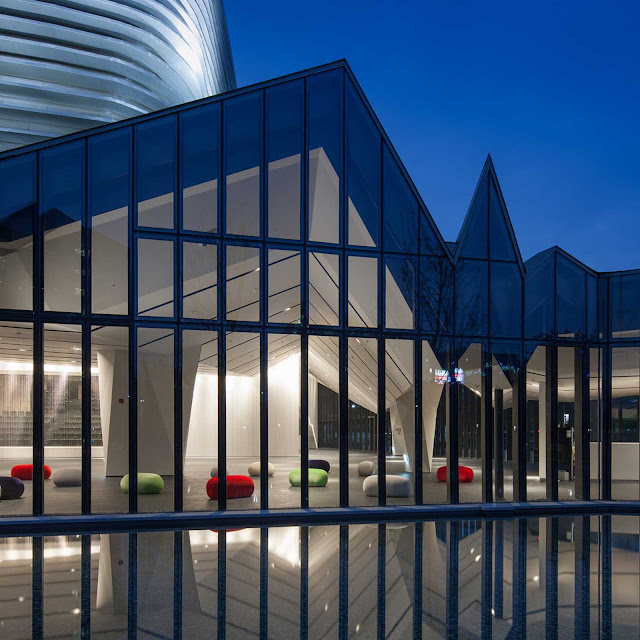 The transparent plinth displays the spectacle of the activities within, while creating an enclosed public space with views into the park. 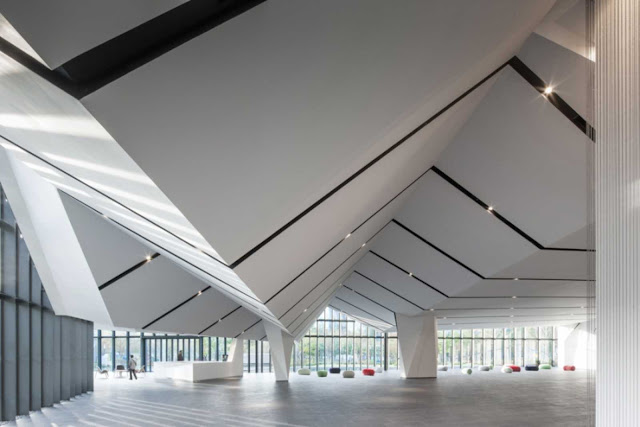 Continuity of the ground plane is established through the extension of granite sidewalk into the building.

The reading of this public space gains expression through an undulating ceiling that demarcates various programmatic and infrastructural logics of the amenities. 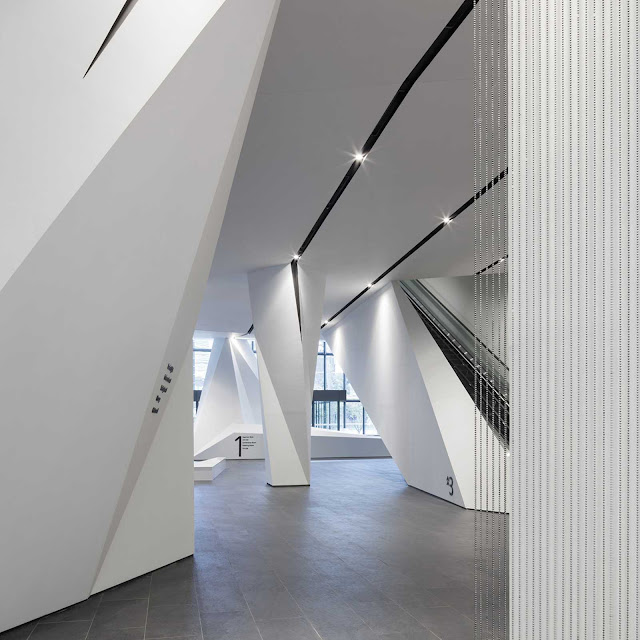 The voluminous and elusive black box atop is established as an iconic landmark in a developing part of the city; its interior in dialogue with the exterior world only through the “slit-windows” encrypted within the horizontal louvers, further softening the figure of the volume. 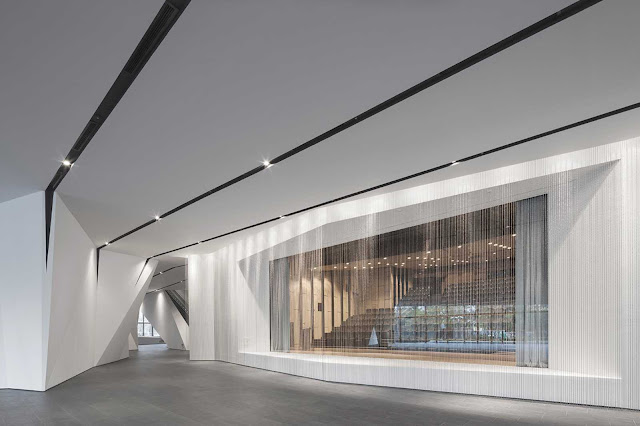 From a distance, the overall image evokes an echo of the unique skyline of Seoul, a syncopated composition of staggered buildings and mountains. 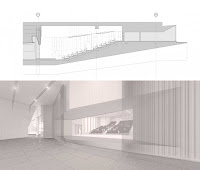 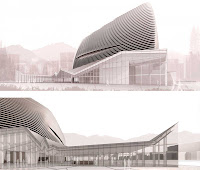