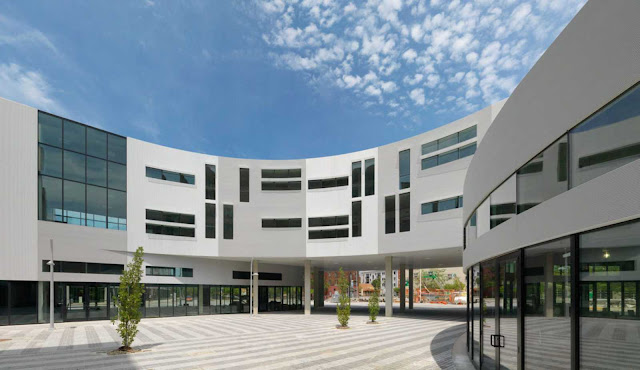 Uptown in Cleveland is the creation of a new center, a main street for the Case Western Campus. A segment of Euclid Ave is anchored by two new cultural institutions, MOCA on the west and CIA on the east. 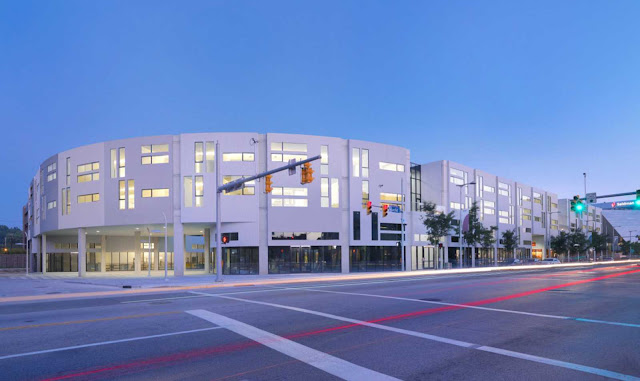 Linking these two pivots are urban fabric buildings that contain commercial, retail and entertainment, with housing above. Two firms are doing these buildings on both sides of the street, divided in half. 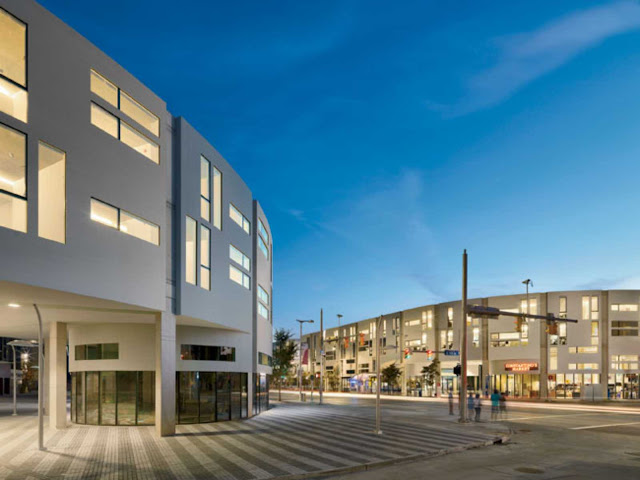 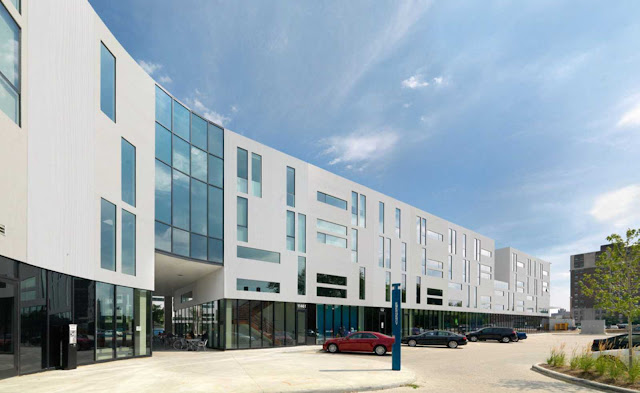 This form establishes a counterpoint to University Circle at the MOCA end of the site, and demarcates the new urban district, Uptown. The building on the south side of Euclid Ave has commercial space lining the street, with parking on two levels at the rear. 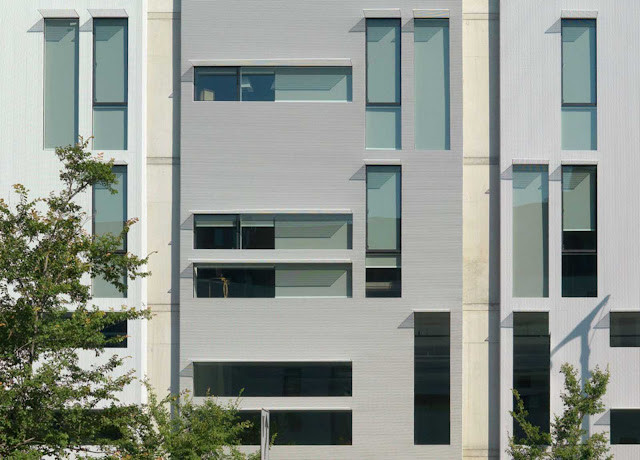 The commercial space houses a three level Barnes and Noble Bookstore, the entry lobby to the residences above, a wallgreens which wraps around the corner, and another commercial space on 115th Street. 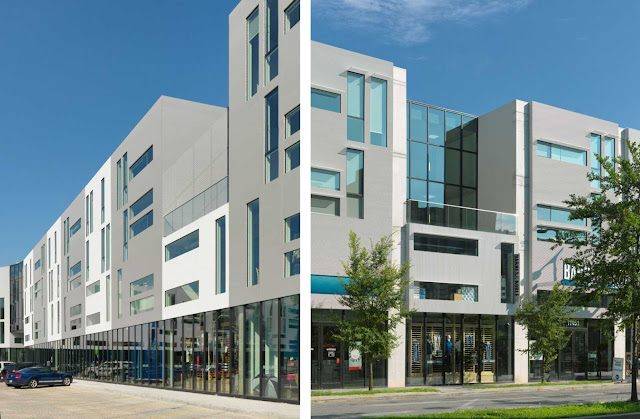 Above are residential condos. Numerous types, ranging from one to three bedroom units, are structured in layers. From a double loaded central hallway, service bars are established on either side, connected to the habitable spaces on the outer walls. 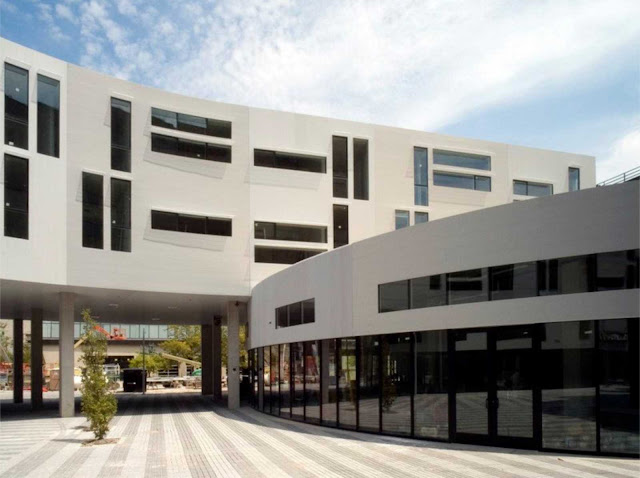 Many of the units have generous private courtyards around which the interiors are organized. These courtyards puncture the perforated facade, made of pre-cast concrete panels. 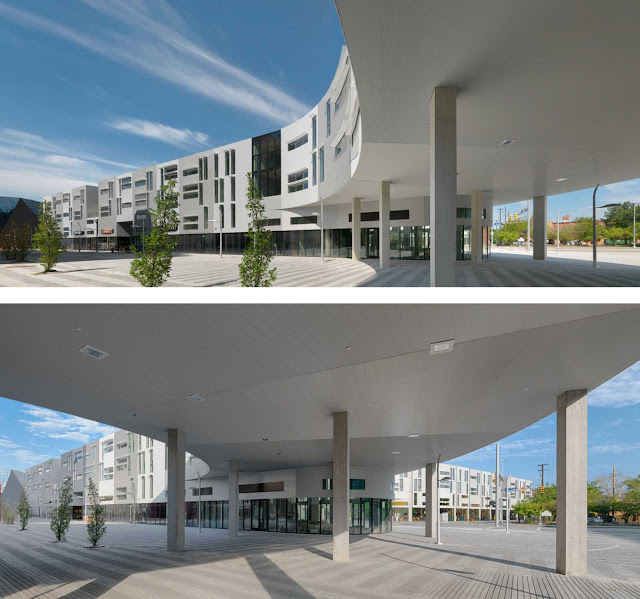 Across the street is a complimentary building which forms Cobble Alley, a new pedestrian street, together with existing CWRU Residence buildings, which have new commercial programs added at their base. 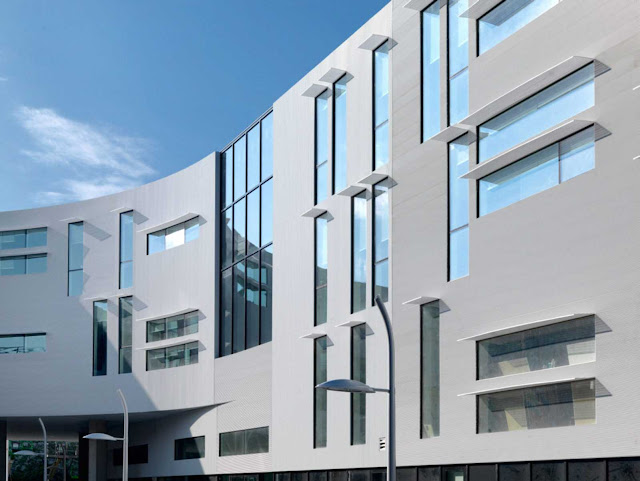 The Euclid building is transparent and perforated, with four restaurants which connect Cobble Alley to the main street. The functions of Cobble Alley focus on Hospitality and Beverage. This building on the north side of Euclid has student rental apartments, structured in a similar way to the ones across the street, but more compact and simple. 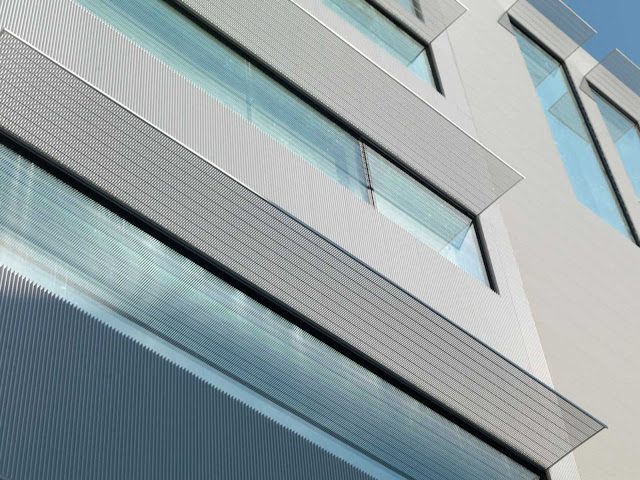 Several communal outdoor courts perforate the facade. At the end of Cobble Alley a gateway under the buildings connects to the folded entry of CIA. The commercial bases on both sides of the street are transparent, perforated and light. The facades of the two buildings are gridded and perforated, and recall the Chicago Frame fabric of Downtown Cleveland. 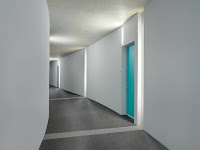 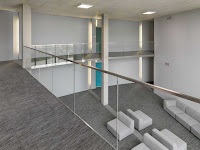 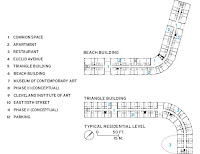 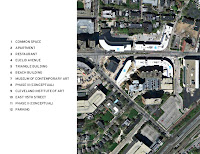