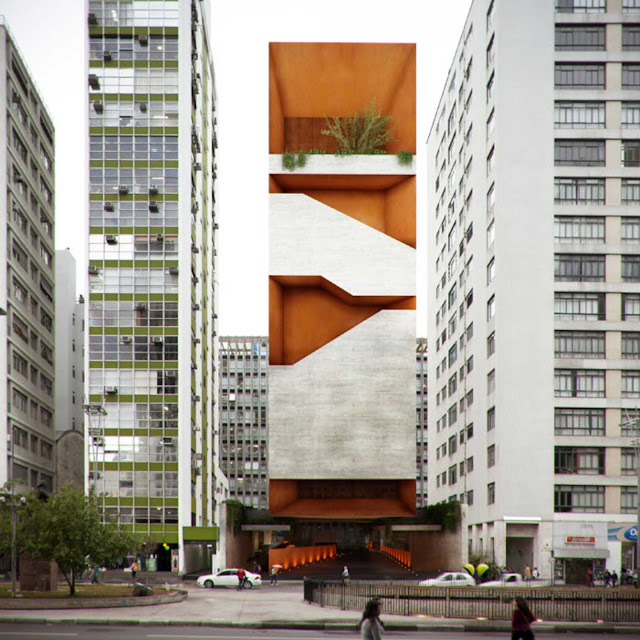 THE POTENTIAL OF THE PLACE AND THE ADOPTED SOLUTION
The proposal adopts a verticalized architectural solution, given the scale of the area and the restrictions by the urban legislation. This is accomplished through a careful distribution by spaces with a more public character, on the lower floors, that will gradually become less open towards the top floors, which are intended for more private activities. 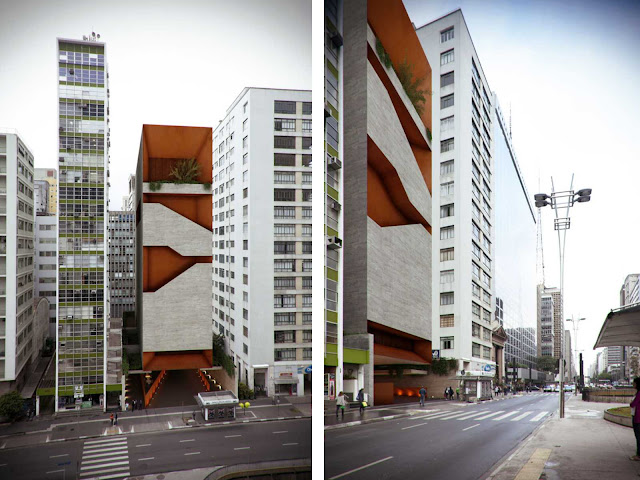 The accommodation of main sectors of the Institute begins at ground level which houses the reception, café, and shop. On the floor just above are located the classrooms and the library, visually integrated with the ground floor through a central void. The two floors above house the auditorium that can be accessed by its two levels, above the auditorium level are four floors intended for exhibitions. 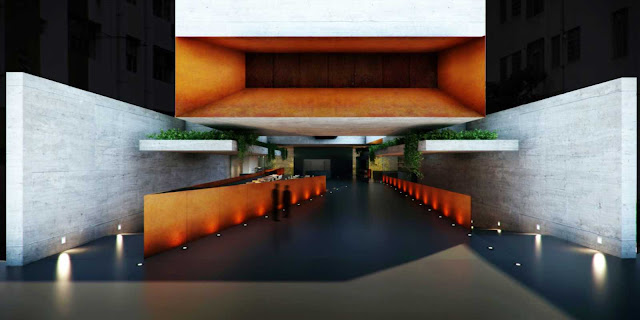 THE PUBLIC CHARACTER OF THE BUILDING
It is determinant for the presented solution the consideration of the urban structure, that goes beyond the insertion of the building in the surroundings, but especially as a reference to the constitution of its public character of the building is enhanced by a vertical inflection defined by a sequence of voids in levels immediately above the ground floor, providing visual continuity between this floor and the various public activities that develop vertically in the building. The direct opening of the elevators to the pilotis, without a defined closed transition space, is offered to the public without mediations, which amplifies symbolically the public character of the upper decks when treating the vertical connection element as a natural extension of the street. 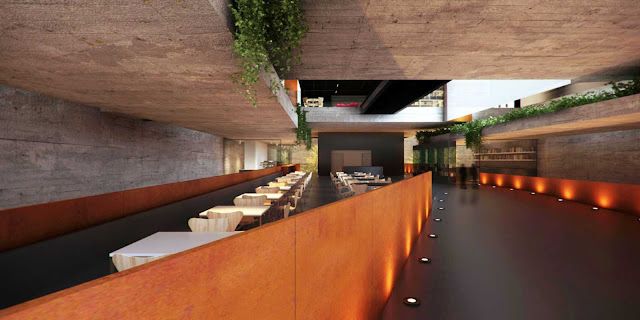 STEREOTOMIC SHAPE
The recognition of the peculiarities of a typical urban lot, inserted into a dense urban structure, in a landscape characterized by tall buildings, leads to the search for a typological solution that re-edits the slender vertical prism, with great sobriety, completing the sequence of vertical elements which is predominant in the landscape of the Paulista Avenue. 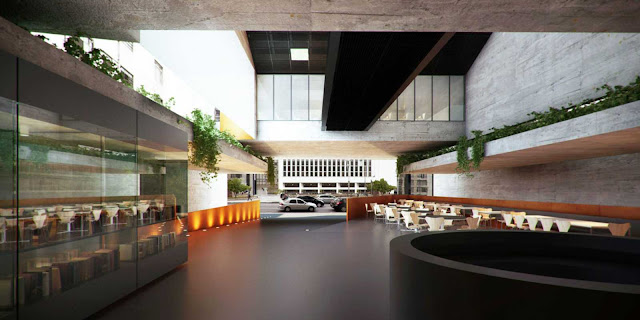 It defines a logic for openings that blurs the reading of the internal levels and the modulation of the interior spaces. In this sense, we highlight the stereotomy of the concrete prism in, with marked edges, subtle textures, and few large openings that enable multiple interactions with the Paulista Avenue: at the building’s base, the deep window integrates classrooms to the street; at the top, the large opening brings the view of the city to the offices. 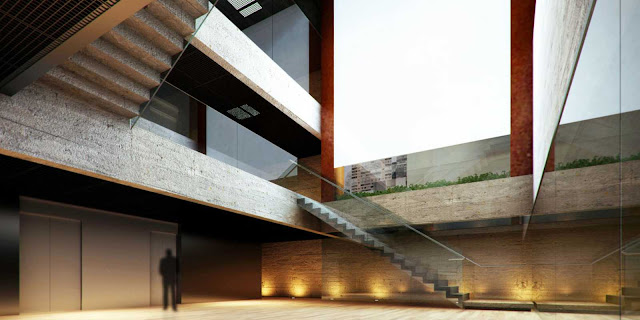 In addition, it creates a garden that contributes to the environmental qualification of the interior spaces and introduces a fragment of nature in the stereotomic figure of the building, contrasting with the coldness of stone and glass, the prevailing materials at the Paulista Avenue; in the center of the front facade, the empty spaces generated between the flights of stairs connecting the exhibition floors provide an open view for the urban landscape through the the stairs’ glass top. 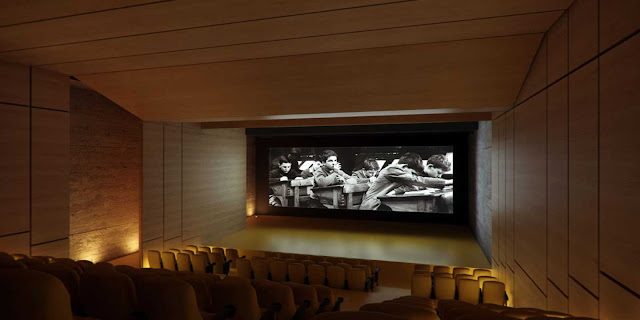 USES: FLEXIBILITY, VERSATILITY AND TRANSFORMATION
In order to avoid excessive functionality, the definition of interior organization was chosen. It seeks maximum flexibility and indeterminacy of uses ,associated with the precise qualification of each set of spaces according to their peculiarities – exhibition spaces, administrative spaces, spaces for events and public hosting, support and technical spaces. 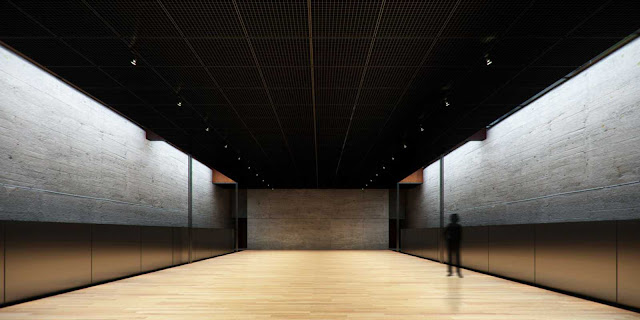 CONSTRUCTION AND FORM: TECTONICS AND SIMPLICITY
The design of a rational structure, relatively simple to build, using the best available technology – the prestressed concrete with unbounded tendons – reduces the sections of structural elements and simplifies significantly the whole structural system. The distinction between two construction systems, the first, stereotomic, defining the concrete box that forms the main attributes of the exterior prism and its internal divisions, and the second, tectonic, made by the combination of light elements that defines the recessed openings, allows the simplification of the first construction phase – of molds and concrete – and the adoption of a greater range of geometries in the light elements, constituting an important plastic strategy, intrinsically connected to the construction logic. 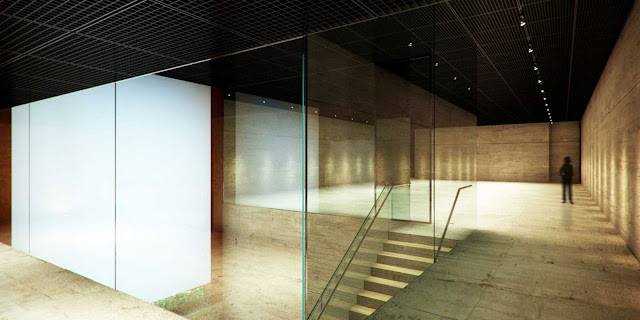 SUSTAINABILITY: SAVING RESOURCES IN THE LIFE CYCLE OF THE BUILDING
Sustainability, considered in a broader approach – environmental, social and economical –, is a central question in the presented architectural proposition. It’s considered both during planning and construction phases as in its use, adopting the principles of sustainable construction and studying the whole life cycle of the building. 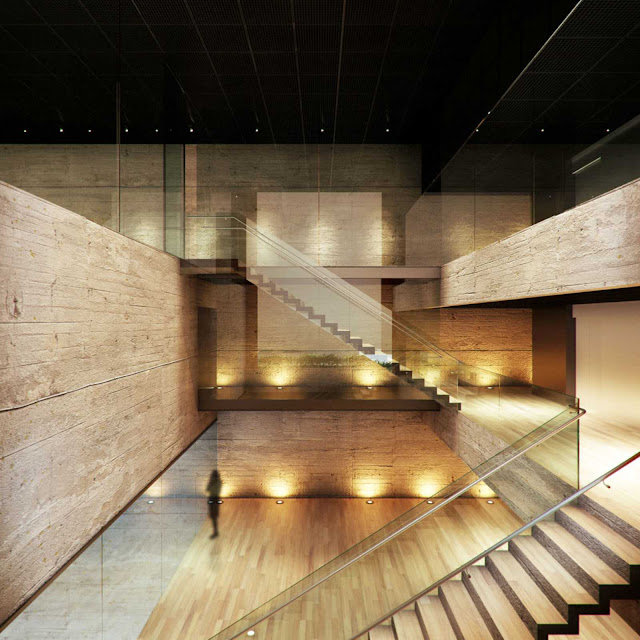 The environmental qualification of the building is completed by the prevision of complementary systems whose conception, dimensioning and design should address an optimizing use of all resources during the lifetime of the building, as following: