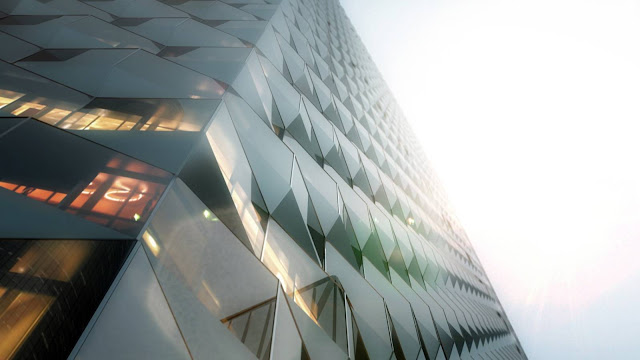 In 2008, Dreamhub, a consortium of thirty of the largest Korean companies, has launched an international urban planning competition for the master plan of Yongsan International Business center. 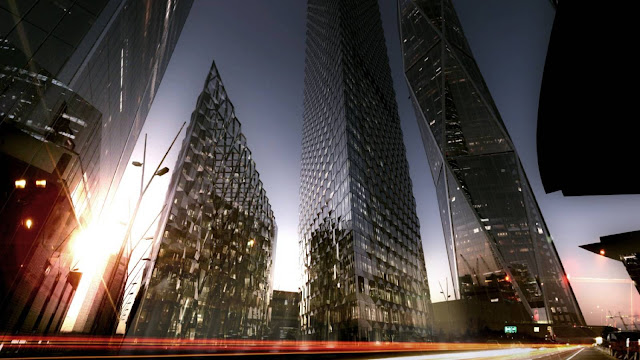 At the center of public transportation of Seoul, linking the various parts of the metropolis with one another, the Yongsan International Business District is about to know a metamorphosis and to become a new symbol and growth engine for 21st century. 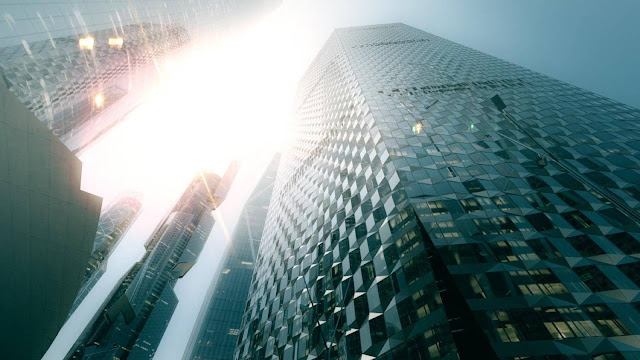 The Yongsan International Business Center, ambitious program of nearly 3 millions square meters, is organized as an archipelago of vertical buildings inter-connected a by large park.

Connected to three other major business centers of the city, the future Business Center is developed away from the large monofunctional complexes, offering beyond the offices areas, housing, shops and many government facilities (cultural facilities, education and transport infrastructure). 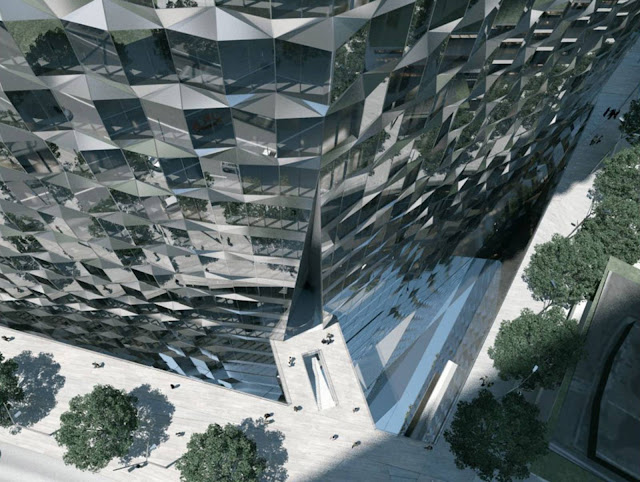 By its silhouette and its dynamic allure, the tower establishes itself in the area as a geographical landmark. Its mysterious shape appears like a totem, an iconic figure. It is not a square or a round building, but a rhomboid prism, arranged in a way that makes it look different depending on the angle of approach. 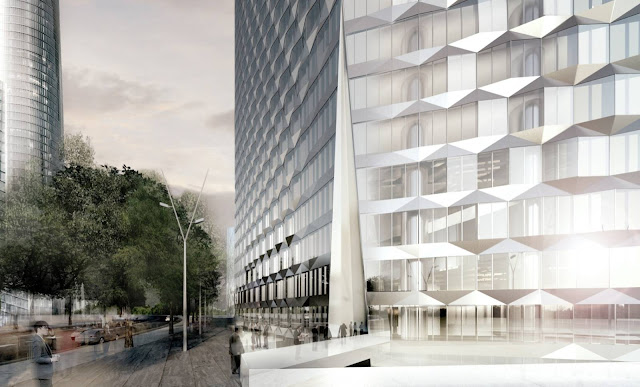 Inspired by its slender shape and sharp edges, the tower has been named The Blade. Within the effervescence of the emerging architectural styles, The Blade contrasts by being rooted in the urban reality, in a dialogue of light and reflections with the neighbouring towers. 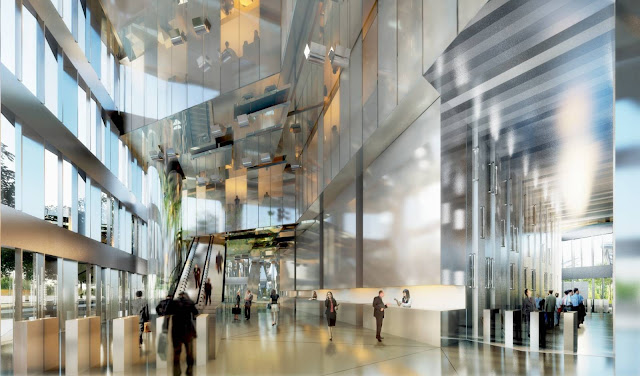 Like an optical instrument, its façade fragments and then reconstructs the neighbouring landscape to create a new one. In the way of a sheath, the skin of the tower is clad with glass, reflecting light and its environment, thus releasing a luminous halo which envelopes the silhouette of the tower. 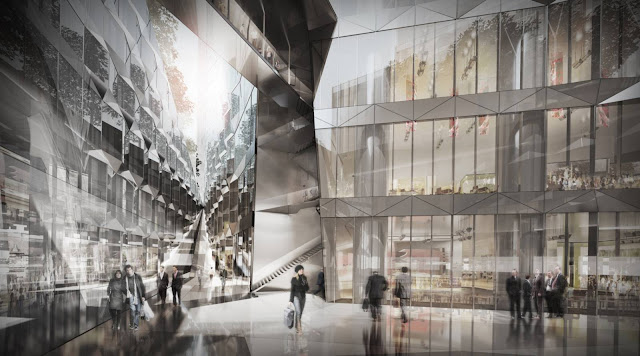 This vibration of the building’s skin appears and disappears according to the viewing angle, creating a living architecture, transforming itself with the movements of the sun and the changes of light. The project sculptures the void like a luxurious material, offering space, light and views of the grand Seoul landscape. 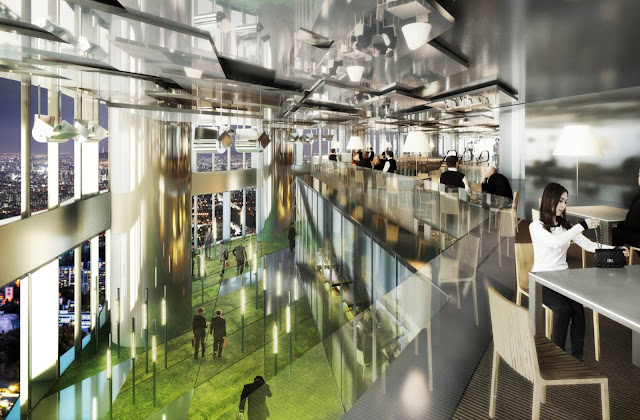 The Grand Lobby, the Business Forum, the Wellness or the Panorama Lobby constitute as many cut-outs in the tower volume, dedicated to promenades and relaxation. This superposition of voids contrasts with the constructed volume of adjacent towers and accentuates the lightness of the tower prism. 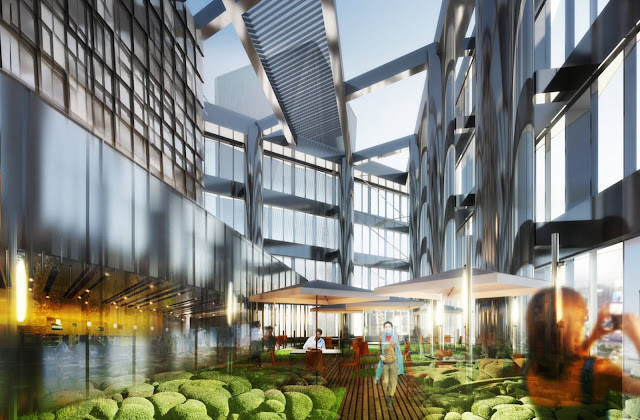 The voids offer respirations and accommodate collective spaces open to the landscape. At night, they de-materialize the silhouette of the tower, which appears then like a precious carved stone. 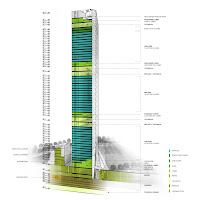 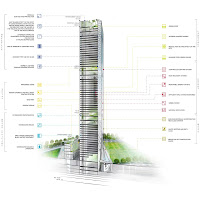