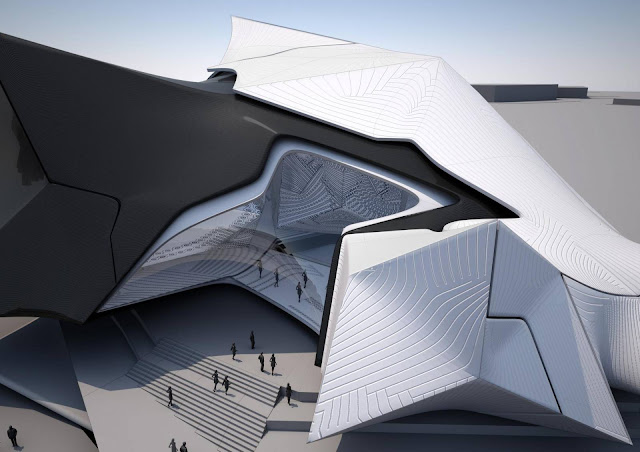 This design aspires to make Walltopia into a 21st brand center as well as a destination for sports and recreation. Our belief is that this cannot be achieved without re-thinking the status of building as a neutral container of active furnishings in favor of building as active and distinct. Successful contemporary brand centers create a new and unexpected world, something that exceeds a collection of wares. 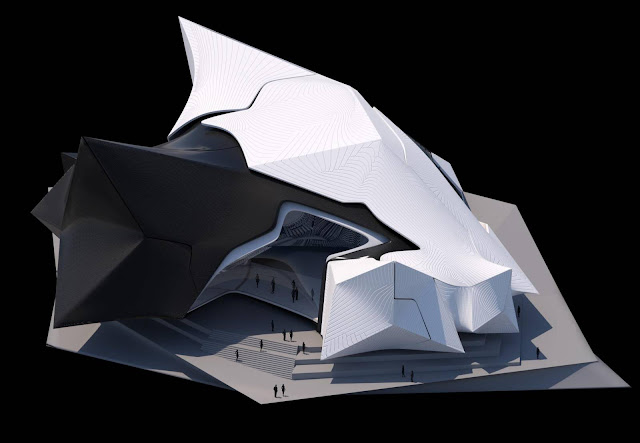 Our proposal is to take the idea of ‘boulders’ produced by Walltopia and re-interpret them as architectural objects. These objects are squished and nested into a multi-layered enclosure, creating three-dimensional external and internal climbing surfaces with both hard and soft features. The inner liner surface is articulated with computational tattoos, implying systems of climbing holds and routes. The result is a space which is abstract and alien, but also discernable as a contemporary climber’s paradise. 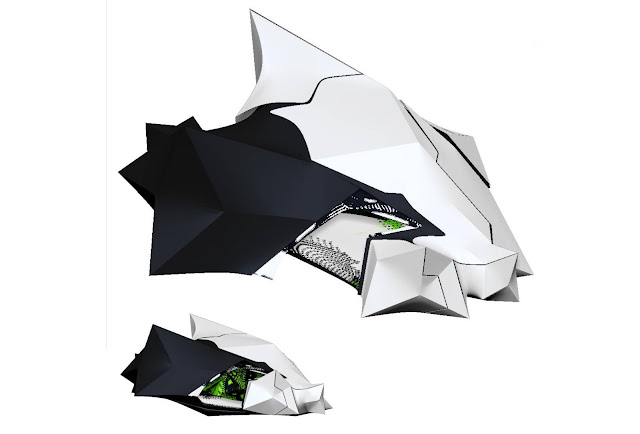 Objects in Objects
The design of the project is based on the formal and organizational model of objects in objects. This model is in direct opposition to architecture as single-skin hull or container, but also in opposition to architectural heirarchies of enclosure and internal subdivision through walls and corridors. The object in object model puts outer and inner objects on a horizontal plane and deals with them as discreet but affiliated. The inner objects are crystal forms, aggregated into a tense constellation; they enclose building programs that support the Climbing Hall. 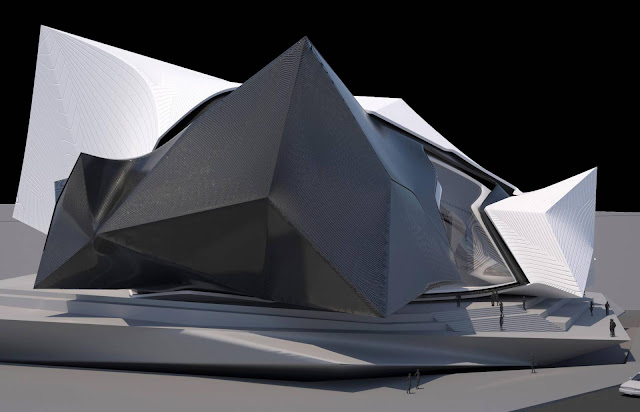 The outer object gathers these objects into a whole at a different scale, creating a vast internal space to be used as the Climbing Hall. By pushing and squishing into architectural skins, the inner objects become legible (more or less) rather than simply contained. Ultimately this design approach forces the simultaneous consideration of silhouette, mass, skin, and interiority in architecture. It also introduces the idea that strong shape may be a productive architectural feature at other scales than the scale of an entire building . As in an aquarium, internal figures are always read simultaneously with the figuration of their outer enclosure. 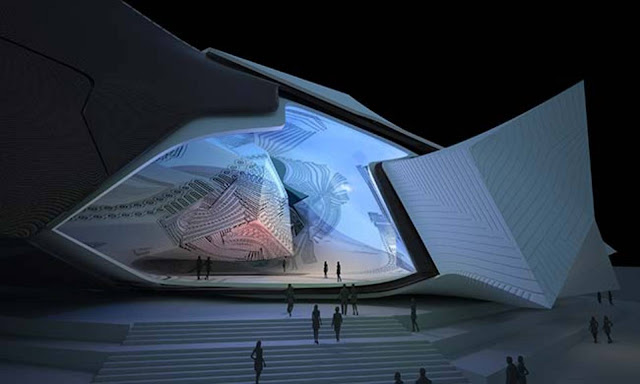 Multilayer Skins and Slicing
The sack has three layers- outer skin, sub-skin, and liner. These delaminating skins, as in the Baroque architecture of Borromini, allow for the separate handling of exterior and interior worlds. Each layer is articulated differently and has a different material quality. The outer skin is an ultra-matte white composite construction featuring a fine-grained network of white-on-white tattoos and super-joints. 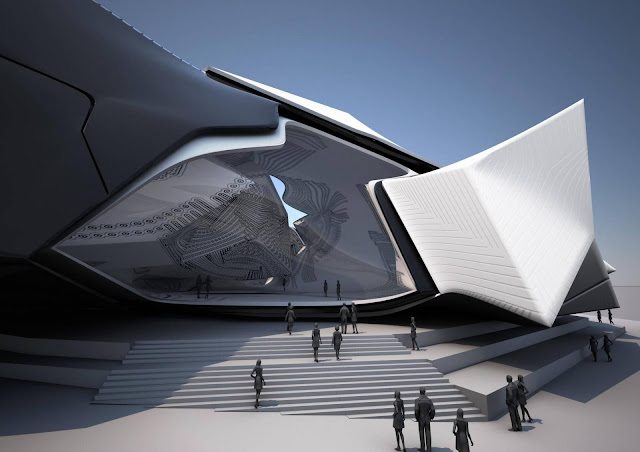 The sub-skin is a gloss carbon fiber shell with black-on-black meta-seams, and the interior liner is a soft, tactile, high-contrast surface articulated by tattooed relief based on hybrid line and dot patterns. These three skins sometimes track one another and other times delaminate significantly, providing poche space to house building circulation and potentially other functions. From these in-between spaces, visitors can view down into the Climbing Hall as voyeurs. 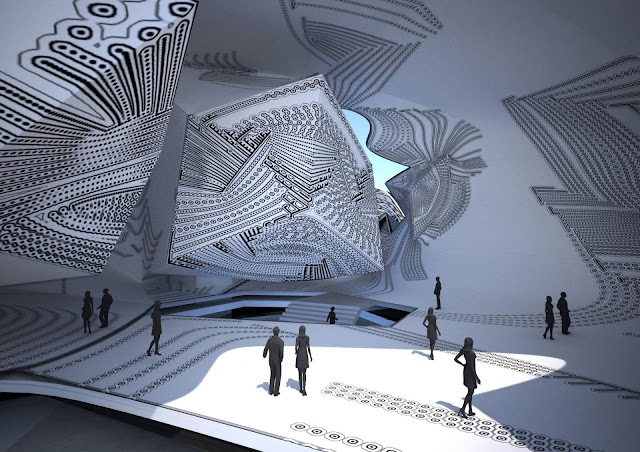 By slicing into this multi-layered sack to different depths, a patchy architectural effect is acheived. This approach produces a happy alternative to the architecture of the single, seamless surface which has dominated digital architecture for too long. Some slices are minor or glancing, cutting only joints or seams into skins, while others cut deeply through all layers creating massive apertures and views into the internal world. This system of cutting to create seam-to-aperture transformations is one of the important inventions of the project. 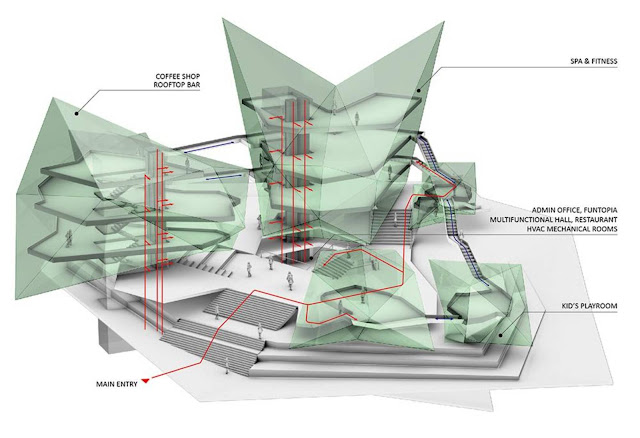 The Ground (Object) and the Land
Building on the concept of objects in objects, this project introduces the idea of objectifying the ground, peeling it up from the land. We are now in the realm of objects in objects on objects. The theory of the ground as object is that architecture does not equal landscape, and that each is better dealth with as things-in-themselves. Again, this is in opposition to the single surface project where a building mass fuses with the earth to become one. The payoff of this approach is that difference and specificity of both the architectural object and the nature-object (a.k.a. the land) are maintained. The ground object in this case is packed with building functions, and provides a precisely delineated public space on its ‘roof‘. 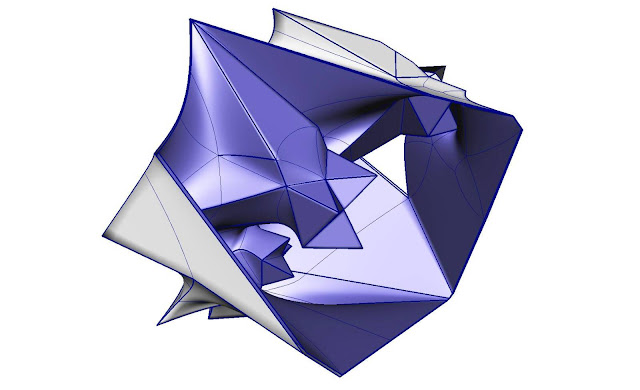 Technology and Construction
The structure of the project will be reinforced concrete core and slab construction with concrete perimeter walls and an economical column grid on the interior of the ground object. Upper levels will be concrete core and slab construction. The skins of the main building will be constructed from lightweight composite materials with embedded honeycomb core, utilizing the natural shell shapes of the project to enable long spans and column-free interiors. We propose M1, an advanced water-based polymer resin for this project. Developed by the aerospace industry, M1 is the first available ‚green‘ composite material of its kind. It is non-toxic and fireproof. 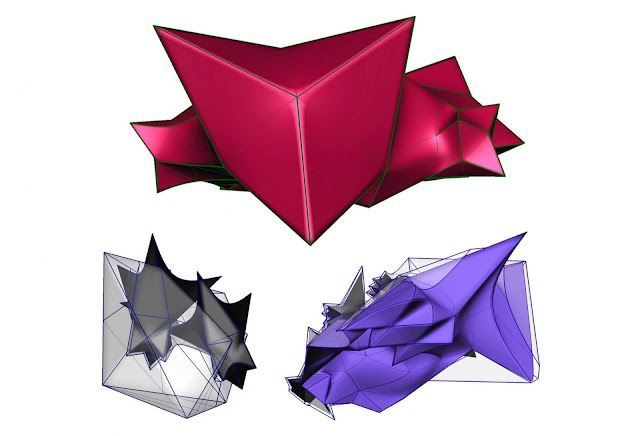 The multilayer skin system, like wearing multiple thin layers of clothing on the body for warmth, will provide a buffer zone between outside and inside environments. It will create stability in temperature on the interior in summer and winter, and will entirely avoid the problems of conduction and thermal breaks. Finally, the solar-thermal system suggested in the competition brief will be embedded into the outer skin as a figural pattern of thermal coils. This heat-exchange system will provide hot water for the needs of the building as well as the swimming pools.