When architecture is created to inspire knowledge it seems like the perfect marriage. One such unity very successfully came about in 2011, when architects Saad El Kabbaj, Driss Kettani & Mohamed Amine Siana, designed the Technology School of Guelmim in Morocco.
The concept was to produce a contemporary building leaning towards modernity whilst paying tribute to its heritage and grounds. We truly believe that this is a case of ‘Mission Accomplished’. 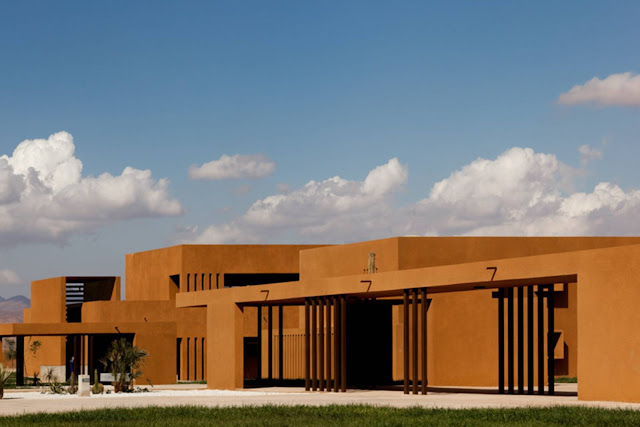 With the cladding technique symbolizing all that is Moroccan earth, the structure follows a simplistic and clean-cut modern approach focusing on linearity and symmetry. This is the defining true brilliance of this project which ticks all the right boxes without one being able to obviously point out the reason why. 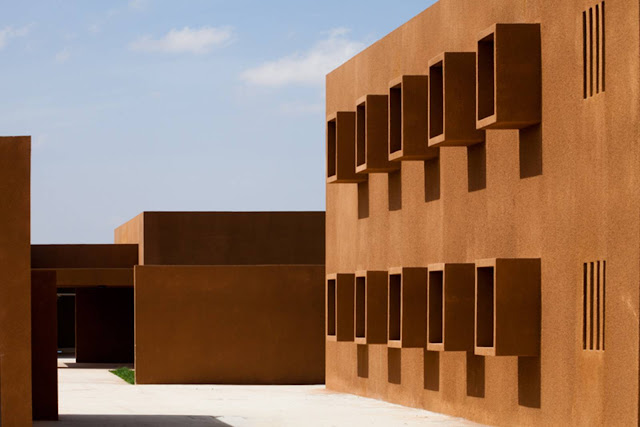 The buildings are organized following an L-form pattern and are positioned in a north-south axis. Their volume is quite massive creating a great contrast between interior and exterior. However this over scaling is balanced out with the protruding square & rectangular openings; a feature which is breathtaking through its continuity. 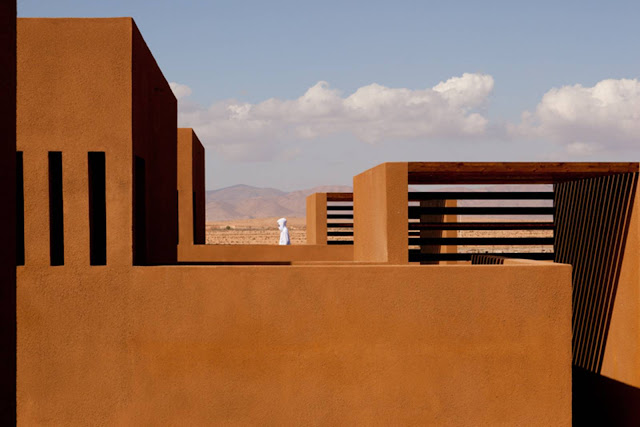 Another feature that breaks up this vast volume is the presence of linear natural light throughout the corridors and interior spaces. By the calculated positioning of the buildings with regards to the sunset and sunrise interior, beams of light appear within the structure creating a reminiscent feel of the outside while making the volume load lighter. 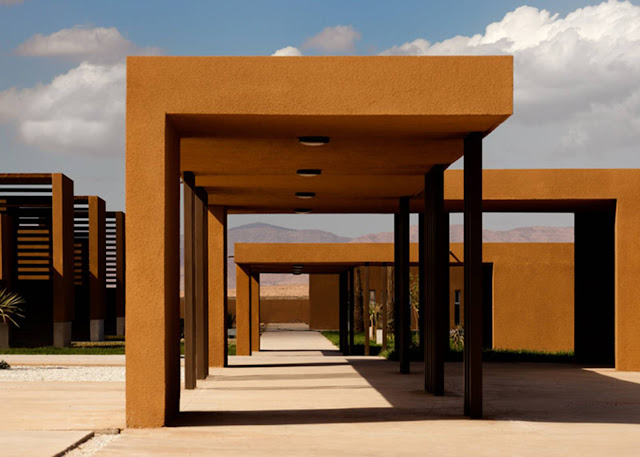 Even though the mass of the exterior shell expresses solidity, you are allowed to see beyond the walls and into the interiors. The detail that truly makes this structure lighter to the naked eye is the continuation of the light floor paving which acts as a large skirting board. 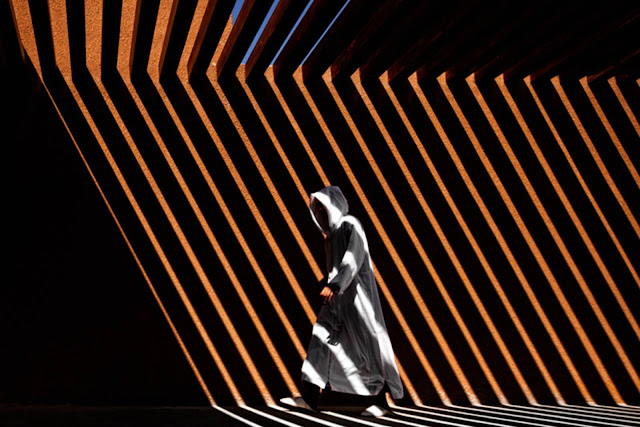 This is a greatly appreciated detail, as the whole structure looks afloat from the ground. Consisting of an amphitheater, classrooms, workshops, laboratories, administration, library, teacher’s offices and office staff housing, the interiors have been designed simplistically. 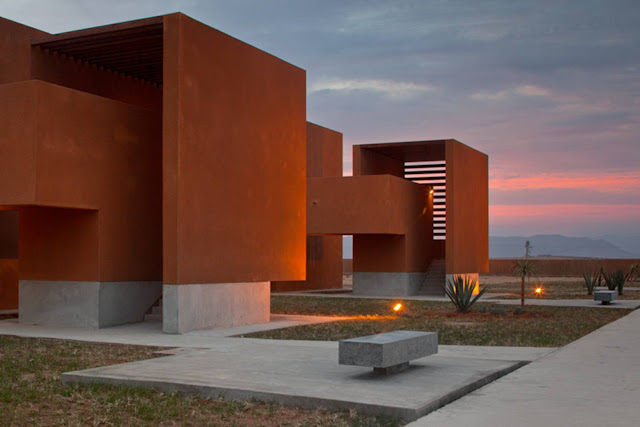 All the spaces have the same language consisting of a pure white surrounding shell where the desks and chairs almost await to thrive in creation. This rawness is in line with the exterior, which by the contrasting white, points once again to the outside-in relation. 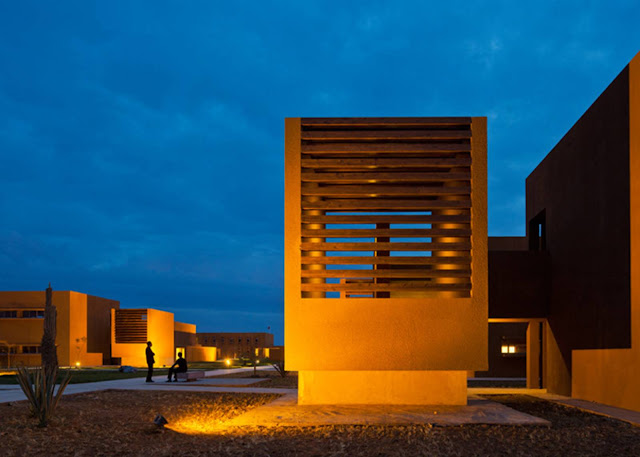 The exterior palette is the relation to the earth and the interior to the clarity of production. The two are brought together through the indoor gardens and the dominant openings which cut through the walls from the inside. 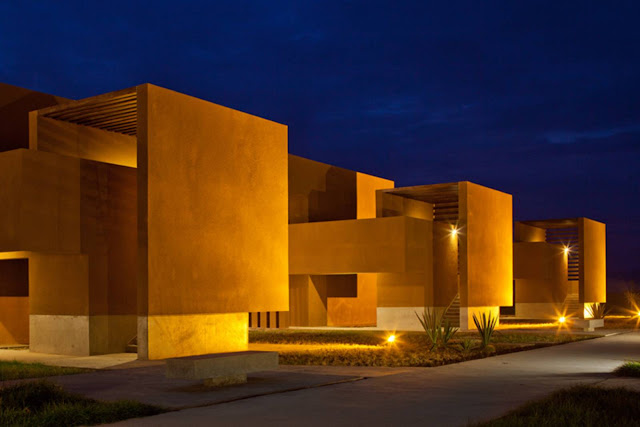 With such precise detailing, this structure has achieved continuity throughout the grounds while at the same time containing two opposite languages. Yes this is a marriage where the outside and inside do not speak the same language but when both features have the same views and ideals, you know that it will be a successful one.