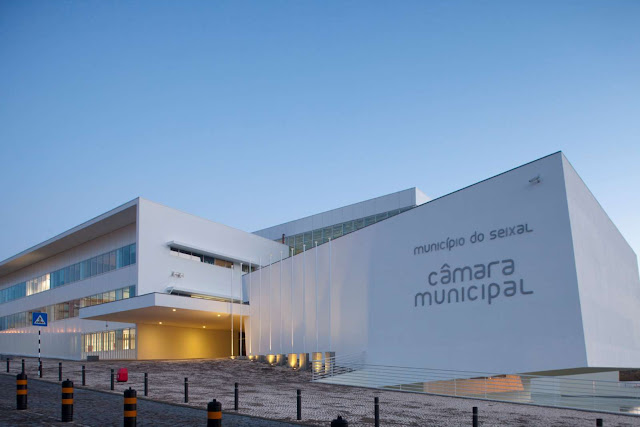 The Seixal city hall building is located on a site with a steep slope in the east-west direction and forms a group that provides facilities for the mayor and technical services and is also the workplace for some 700 council workers. 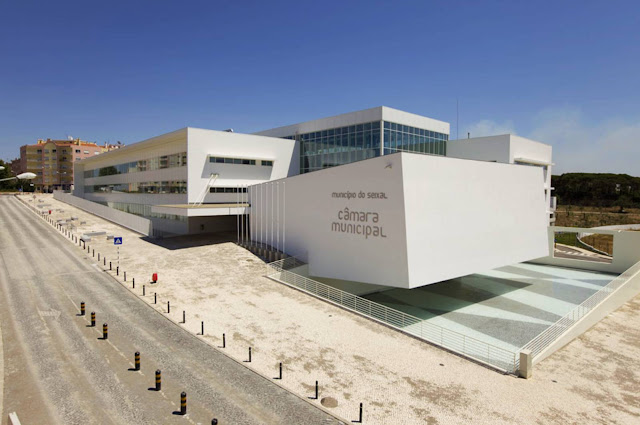 The design was of two linked bodies of an atrium and distribution space. these include three levels above ground and are connected to the east in the first two. 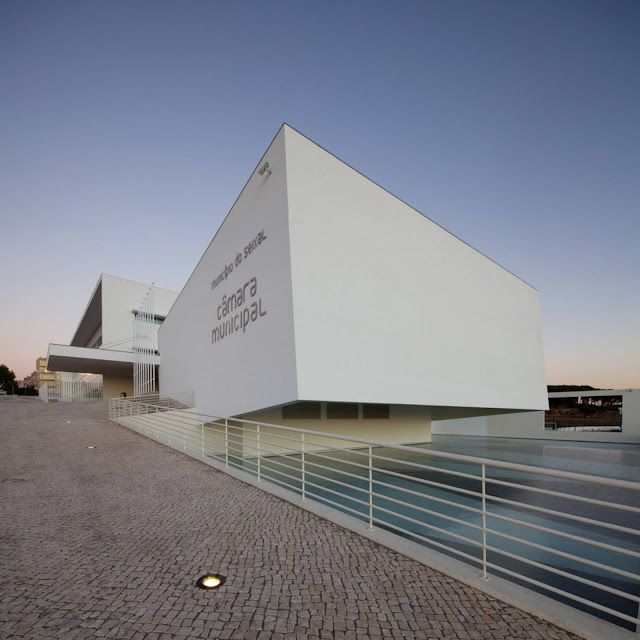 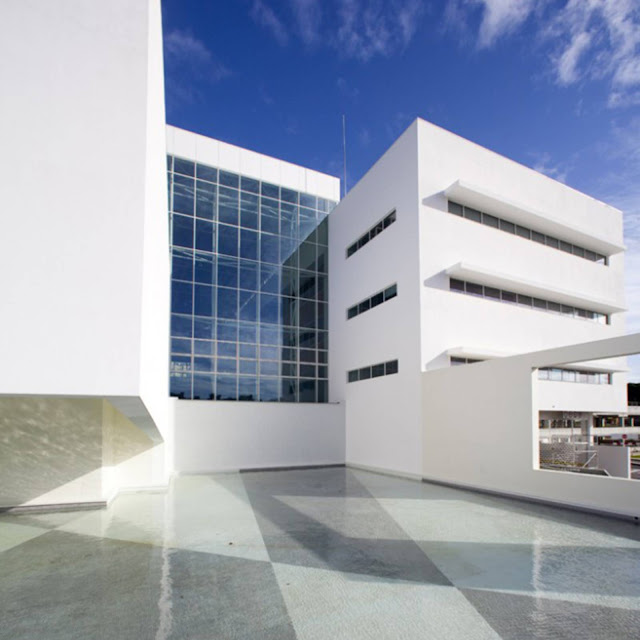 To the east and west the opaque surfaces are interrupted by small shaded openings consisting of overhangs. 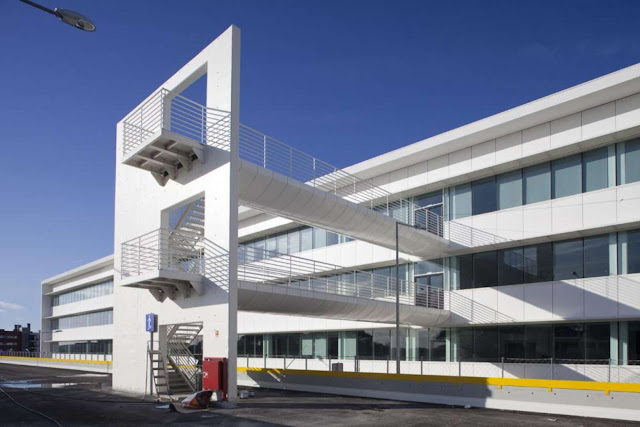 The atrium is the space where the local citizens enter and are received, and is the traditional civic square of ancient cities, but in a contemporary approach. 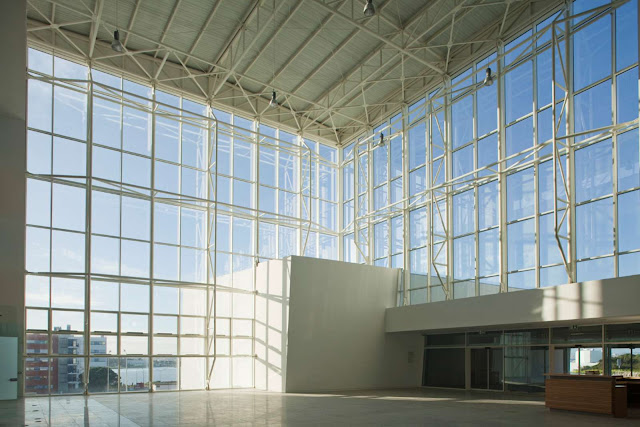 The design is transparent to the north and west but on its northwest edge it has the auditorium building, the “dissonant” piece in the group, which accentuates its autonomy in relation to the services area. 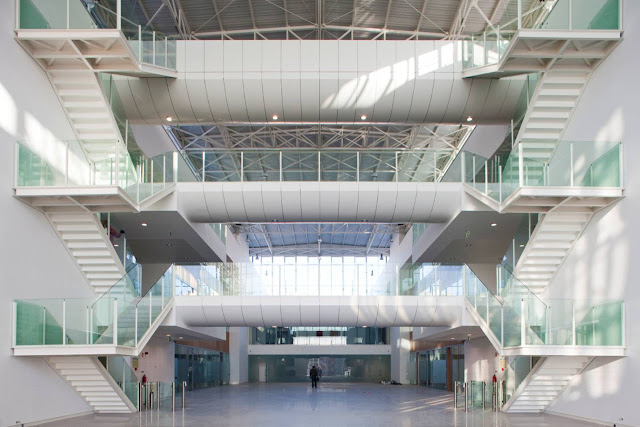 This building is set over a reflecting pool, “fed” by the water flowing from the atrium façade, next to the seating area to the west. thus, the effect of the presence of water is emphasized and stretches on to the wide views of the Seixal bay. 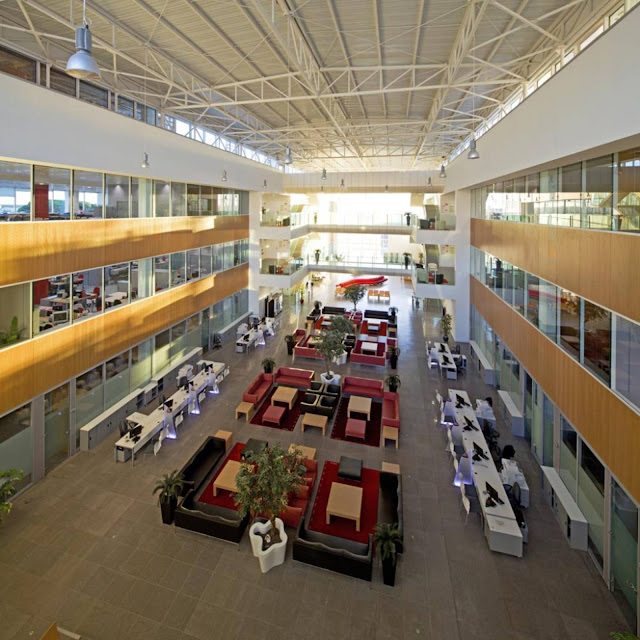 Although the proposed architectural language is contemporary, through its formal rigour and simplicity, it accentuates the institutional character of the premises. 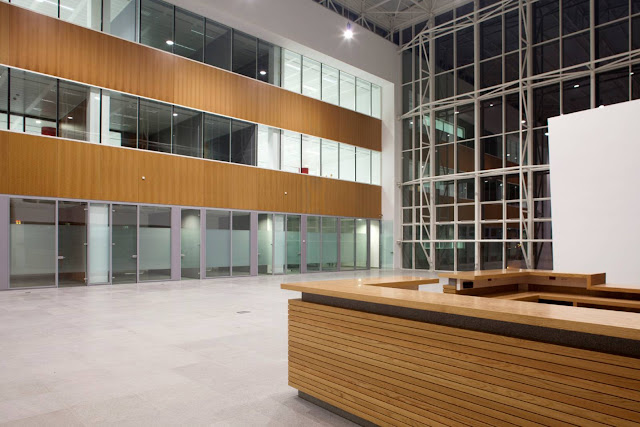 In operational terms, the two office blocks follow a completely modular philosophy, in which the structure, façades, facilities, partitioning, and furnishings are part of an environment that is completely flexible in form to ensure the necessary mobility for the future evolution of the institution. 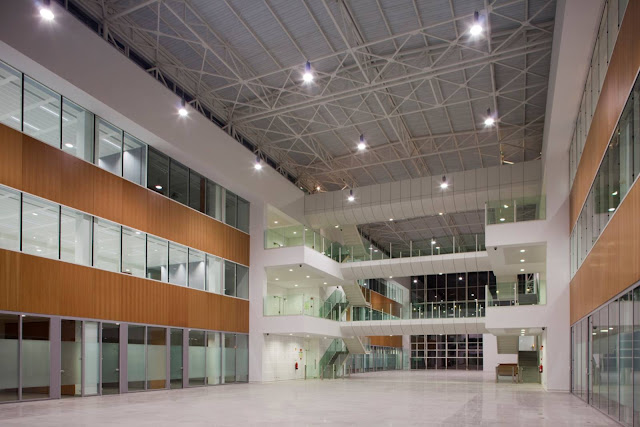 Sustainability is a strong feature of the project, achieved through the treatment of the façades, especially in the atrium, acting as a thermal buffer, with natural ventilation, and being perfectly adapted to the different seasons.