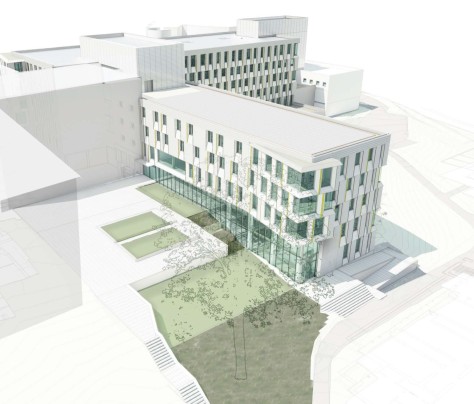 Cornell recently announced plans for a $63 million renovation of one of the engineering school’s academic buildings, Upson Hall. Built in 1956, the 160,000 square-foot building houses mechanical and aerospace engineering, and housed office and lab space for computer science until Gates Hall was completed earlier this year. 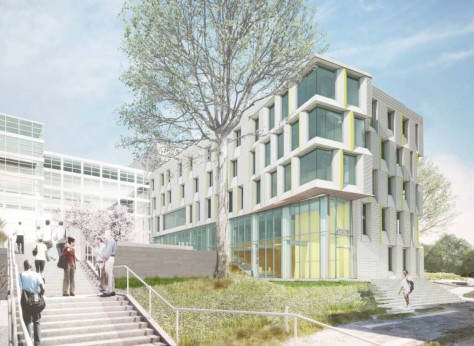 One of the more fascinating details about this project is that Perkins + Will, one of the architecture firms involved in the renovation, was also the same firm responsible for the original 1950s design. 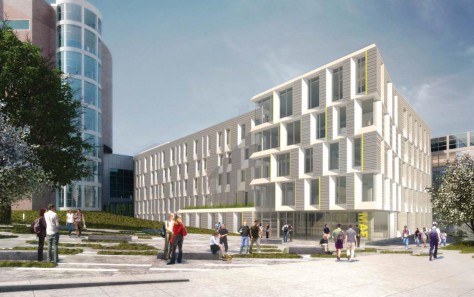 Perkins+Will has been called back to Cornell University in Ithaca, New York, to revamp a building it designed in 1956. Alongside LTL Architects and Thornton-Tomasetti, the firm is transforming the 160,000-square-foot, Upson Hall into a 21st century engineering facility. 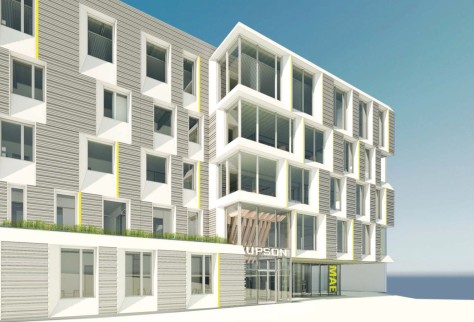 Robert Goodwin of Perkins+Will, who is a Cornell architecture graduate himself, told the Ithaca Voice: “The skin design is interesting when you look at current building, its continuous window language and blank walls are typical ‘50s design. 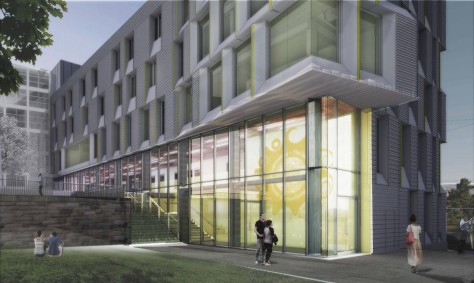 There’s a certain elegance from its era, but there’s also a real need to look forward. A recladding was always planned within the design process, and it will transform the identity of the building. The new design will create a sense of more openness, and there’s a certain amount of flexibility in the layout to accommodate changing program needs. 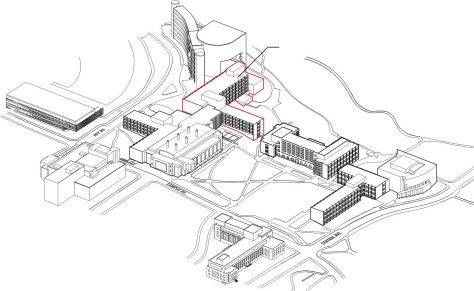 The new design has what’s called an “aggregated façade”, the patterning accommodates both opening and flexibility; there are subtle changes in façade from offices to classes and lab spaces. 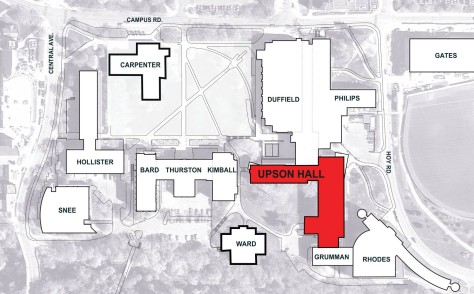 The textured terracotta will be rich, deep and beautiful. The windows are set into the façade, providing texture and showing the depth of the insulation. The new façade offers a rich textured expression, versus the older building, which looked sort of thin.” 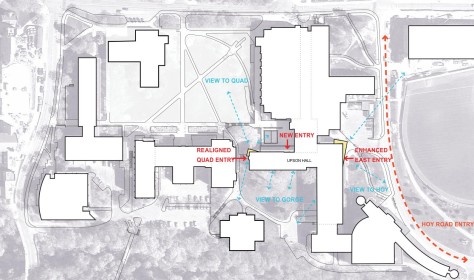