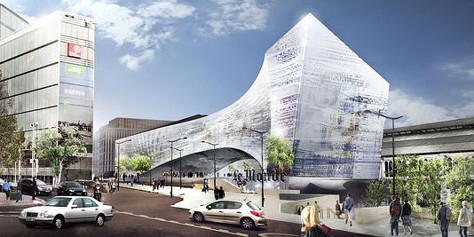 The Norwegian architectural firm Snøhetta will realize the future home of the group Le Monde, near the Gare d’Austerlitz, in the 13th district of Paris, and will host the Group companies (Le Monde, Télérama, Courrier International, La Vie) and the group Nouvel Observateur (the Obs, Rue89), of the same property. 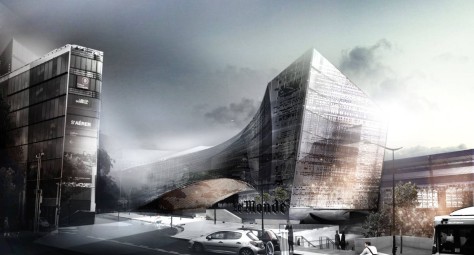 “Structurally, the site is divided in two parts. However, we believe it is important that Le Monde occupies one building. Our approach has been on of subtraction, taking first a block filling the entire site and subtracting volumes to create entrance areas and public spaces. The subtracted volumes also relate to the existing site planning restrictions and the capacities of the structural grid. 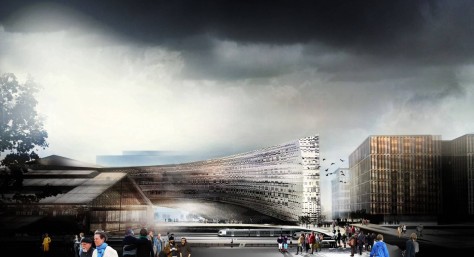 The result is that the building becomes a bridge, literally spanning across the site, but also representing the bridge between Le Monde and its readers. The occupied bridge allows for direct contact between the different departments in the company. Symbolically the bridge connects the two parts of the city along the Avenue De France.

Instead of water passing under the bridge, we have created a public open space; a plaza in two connected halves. One half faces the street and the Seine. It is open, inviting, and activated by a visitor center, auditorium entrance, and staff entrance. The second half faces the railway. It receives more direct sunlight, has a café and more intimate landscaping with seating and green areas.” Source by Snøhetta.