The small, but distinctive museum is situated within Birk Centerpark, a park area outside Herning containing various cultural, business and educational institutions. Birk Centerpark is a contemporary, international-class example of a functionally mixed urban area, in which the landscape, architecture and artistic elements are combined in exemplary fashion.

The origins of Birk Centerpark lie in the establishment of C. Th. Sørensen’s sculpture park and the construction of the Angli shirt factory for the businessman and art collector A. Damgaard in the 1960s. C.F. Møller Architects converted this spiral-shaped factory into a visual arts museum in 1976.

Since then, several more landscaped areas have been added, and more developments have been built, each with its architectural basis in the white, stringent and geometric form language of the Angli factory. 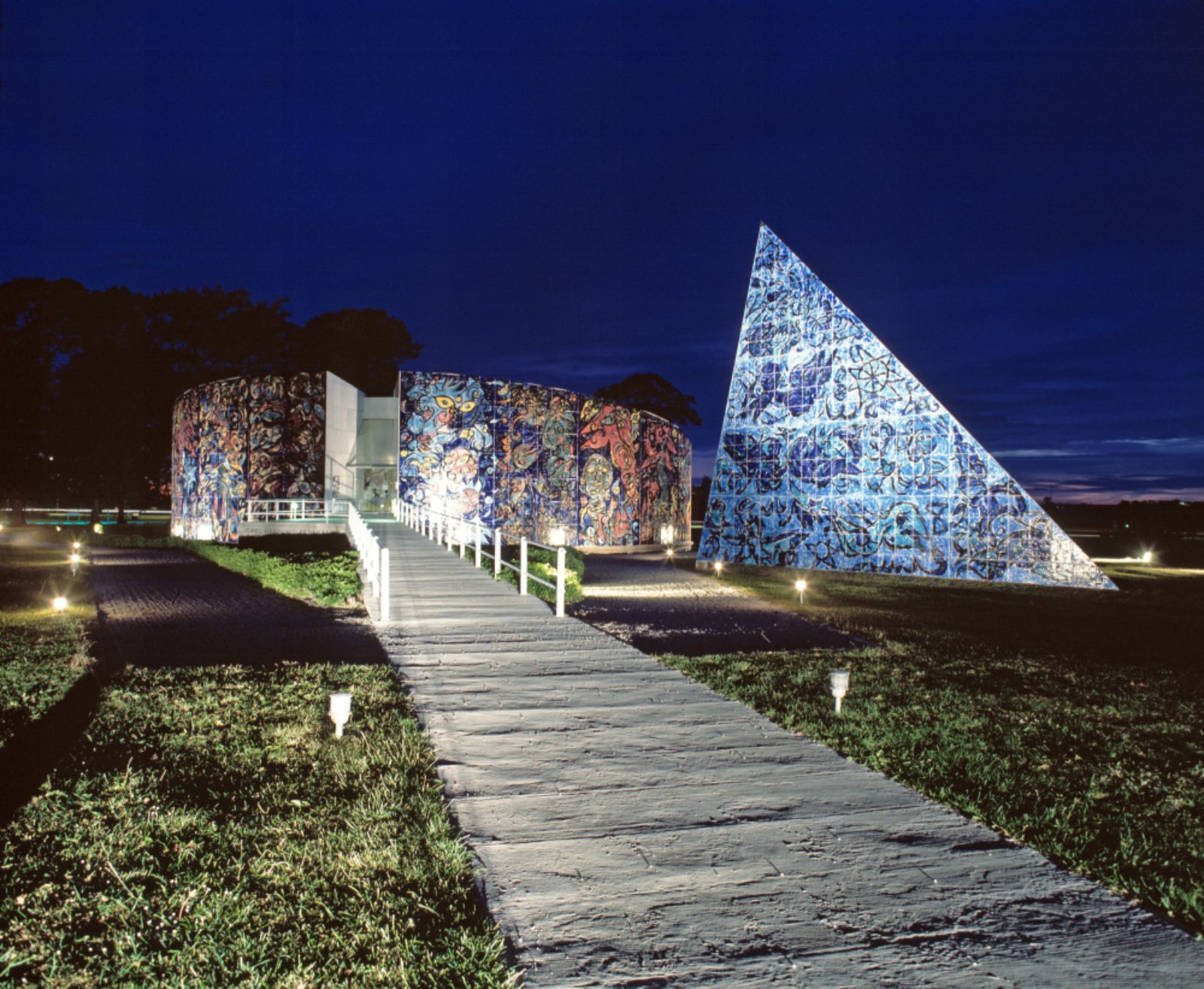 The museum is characterised by the unity of art and architecture in the sculptural form. The facade is clad with ceramic tiles decorated with Carl-Henning Pedersen’s colourful mythical beasts. The shape is entirely geometric, with a circular main building echoing the shape of the converted factory situated opposite.

The geometry of the entire complex also interacts with the other buildings in the cultural and educational park, most of which were designed by C.F. Møller Architects. In 1993 the museum was extended to provide more space for the arts collections.

The geometrical vocabulary is continued in the extension, with a free standing structure in the surrounding park: A square extension underground, lit by a glass wall in the above-ground pyramidal skylight prism structure, and connected to the existing underground arts collections.

The 1993-extension was designed in close co-operation between Carl-Henning Pedersen and C.F. Møller Architects. A new underground extension has been completed in 2016, which now creates a physical link with the adjacent Herning Art Museum to form a complete circuit.

The new extension is entirely underground, with a simple linear glass skylight as the only visible element in the landscape. Source by C.F. Møller Architects.