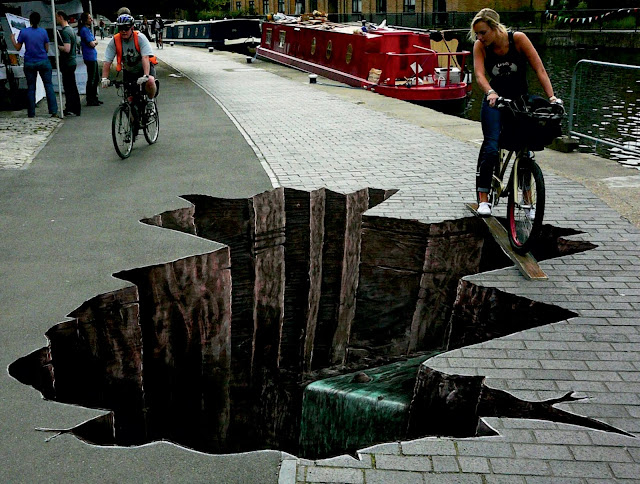 The street-artist community from the Graffiti Technica website makes awesome 3D graffitis in photographies or videos. A high quality street art between graffiti 3D. These 3D street artists gives graffiti a whole new meaning – one that departs from the conventional interpretation of graffiti as vandalism in the form of images and letters scrawled on public property. Artists like Julien Beever, Edgar Müller and Eduardo Relero create street art that is so incredible it is almost impossible to pass by without being sucked in to the worlds they create on asphalt and concrete surfaces. 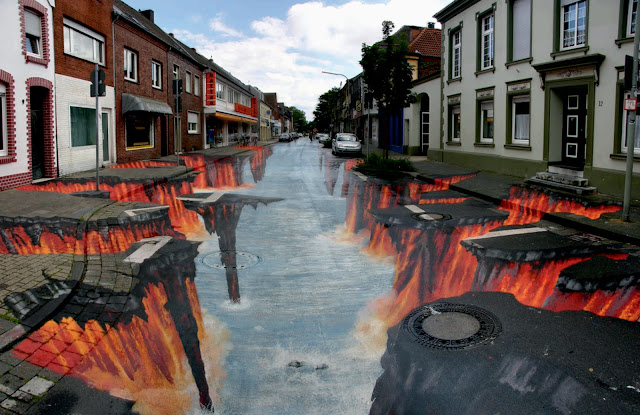 Born Cheltenham, UK  1959. He developed his 3 dimensional or “anamorphic” pavement drawings out of curiosity and a love of the medium.. These became well known in early 2000’s and commercial  commissions followed. 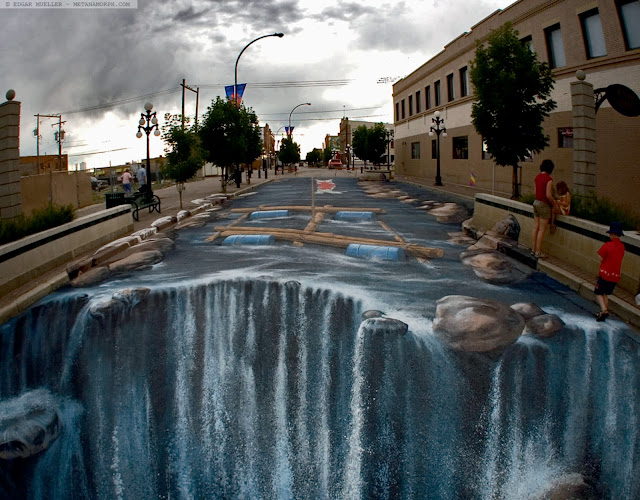 Some have dubbed him “the Pavement Picasso” but he says that although this is flattering, his work has little in common with the Spanish Master except perhaps in the fact that Picasso too was interested in 3 dimensionality in his Cubist period. Beever is now in great demand from corporate business and has worked in 28 different countries. 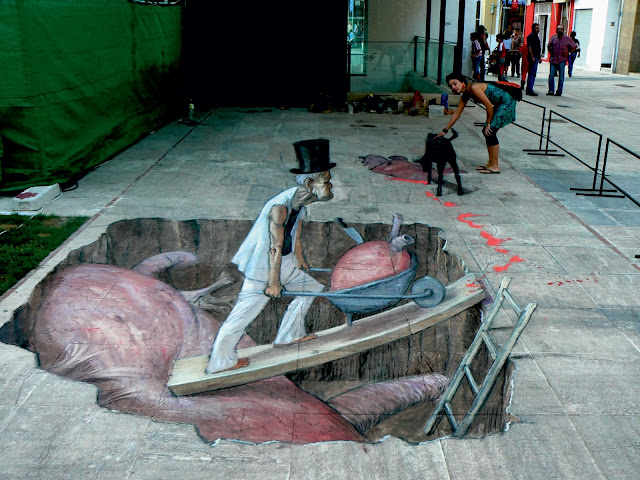 Was born in Mülheim/Ruhr on 10 July 1968. He grew up in the rural city of Straelen on the western edge of Germany. Despite attending courses with well-known artists and extensive studies in the field of communication design, Edgar is actually an autodidact. 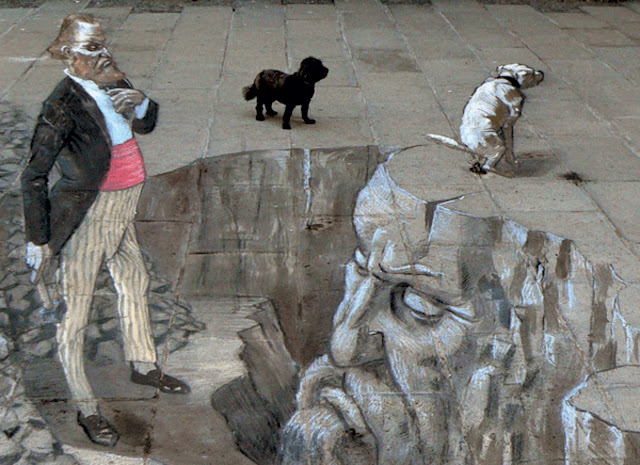 He is always looking for new forms through which to express himself. Inspired by three-dimensional illusion paintings (particularly by the works of Kurt Wenner and Julian Beever) he is now pursuing this new art form and creating his own style. 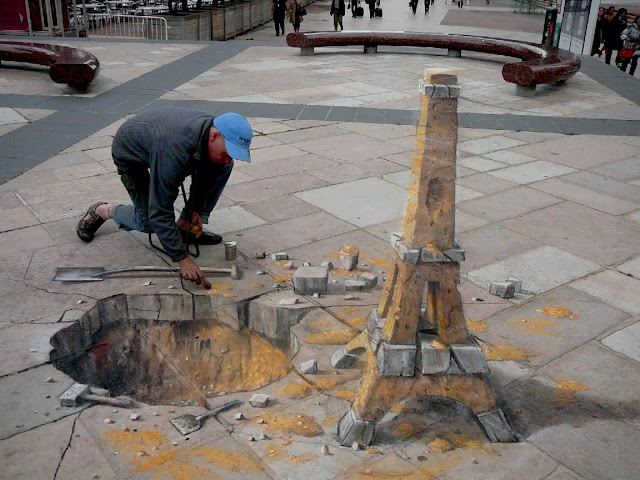 I´ve started painting portraits in my country, Argentina, during College Holidays in the summer. I went to Brazil when I was 21, where I drew portraits in the squares, restaurants, airports. Then in 1990 I went to Rome because I wanted to see the Art I’ve always admired. 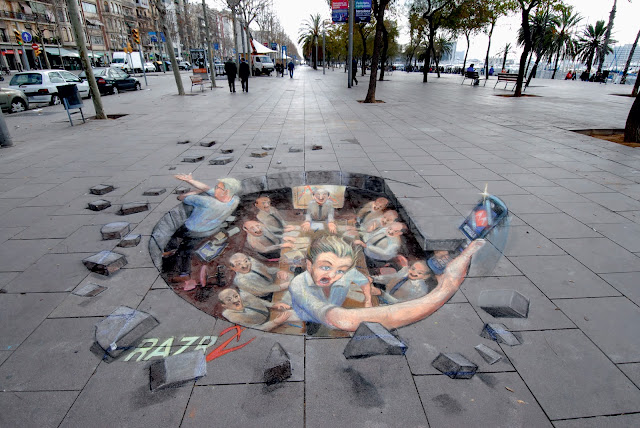 I did copies at the Capitolino Museum, The Doria Pamphili Gallery, and Archeological Museums. I used to go to the Belli Arti Academy. The anamorphic painting I did it in mural detailing, but never as the sole focus, until Swatch watches asked me for a commission of that sort.