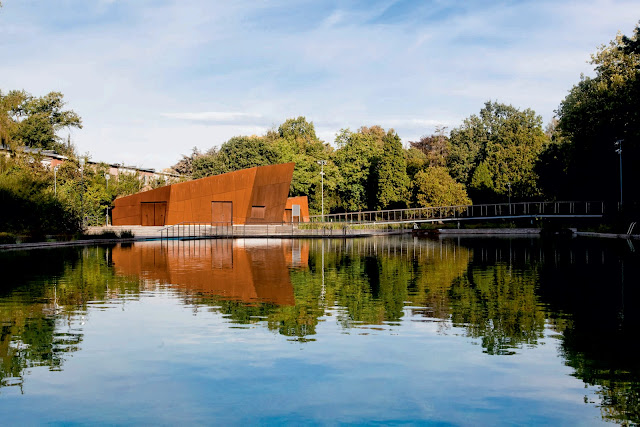 Working in a historical context, of the continental Europe where the architecture of the past is still very much present, architects are often faced with the question of whether they should restore the physical or rehabilitate the conceptual. 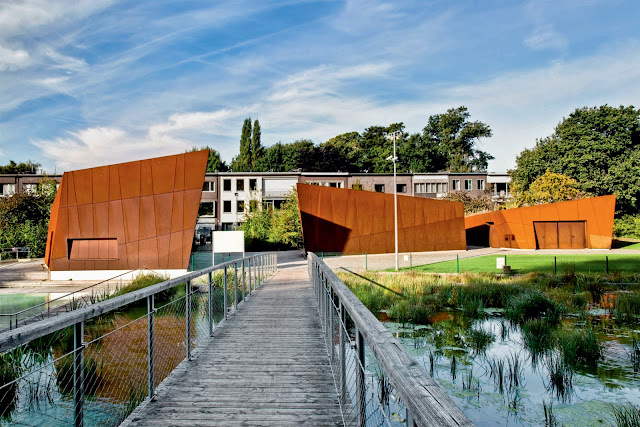 This question came to the fore in response to the combined decision of the city of Antwerp and the heritage committee to rehabilitate the historical Boekenberg Park in Deurne. Within the framework of a public-private partnership, the office OMGEVING was appointed to give shape to the new ambitions of the city. 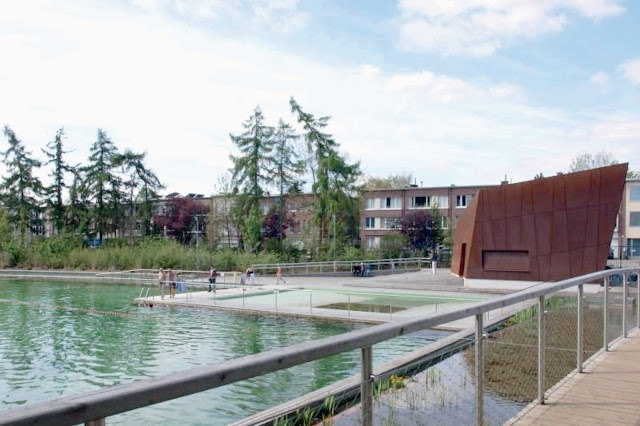 Based on historical analysis of the site, architects and landscape designers have proposed to approach the new development within the conceptual framework of 18th century English Garden. 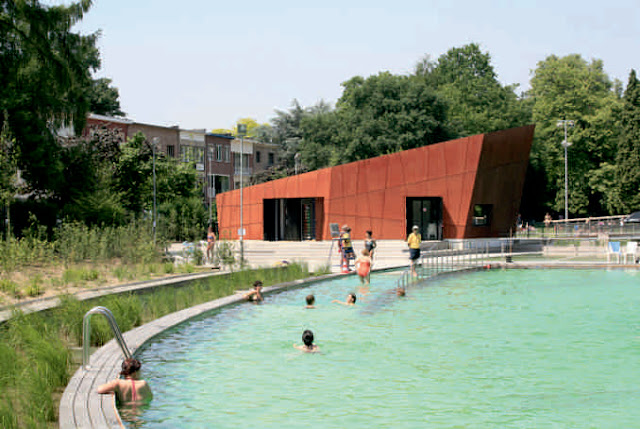 The concept was to bring the visitor to the already narrated and carefully arranged romantic natural setting and to confront him with emotionally charged dramatic “events.” 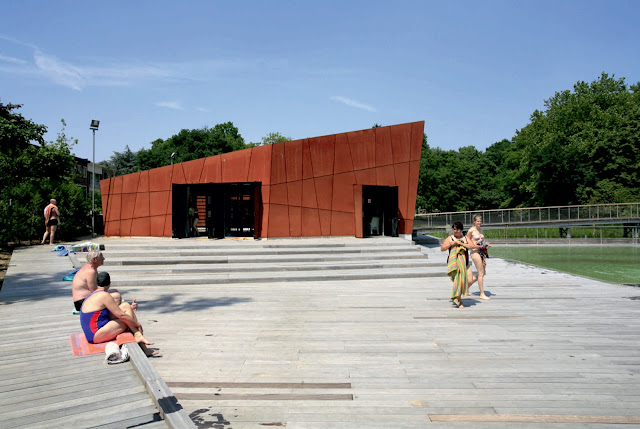 Therefore the degenerated landscape had to be brought to its ideal form and 20th century concrete pool, transformed into a forest pond merging gently into its surroundings. 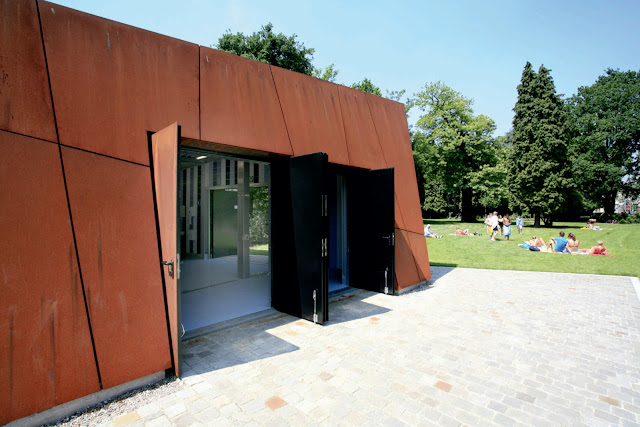 Keeping in mind that the water quality must correspond with the current health and safety regulations, it was proposed to use an ecological water treatment technology which in turn allowed for a new aquatic ecosystem to be created. 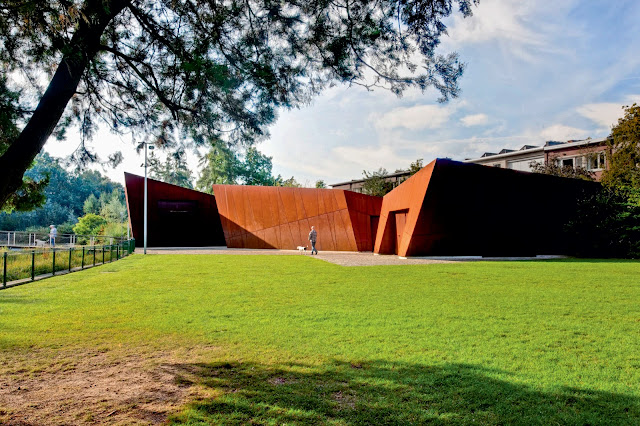 Meanwhile, on the opposite side of the water three pavilions emerge. Designed as a group of independent artifacts, their forms evoke images of the dramatic rock formations seen in 18th century paintings of Hans Gude or Peter Balke. 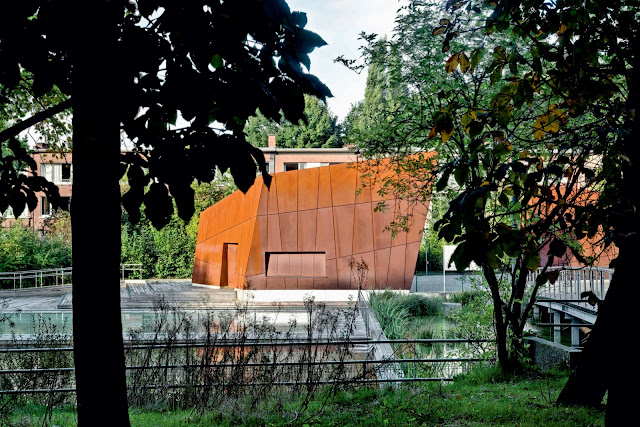 The gaps between them, like chasms between cliffs, gently frame the views of the old woods on the opposite side of the water. This creative reinterpretation of the history allowed the architects to take action whilst maintaining respect for a site’s history, catering to the modern standards of comfort and sustainability.