In a region known for its towering skyscrapers, the erection of a modestly-sized greenhouse might not appear worthy of much attention. 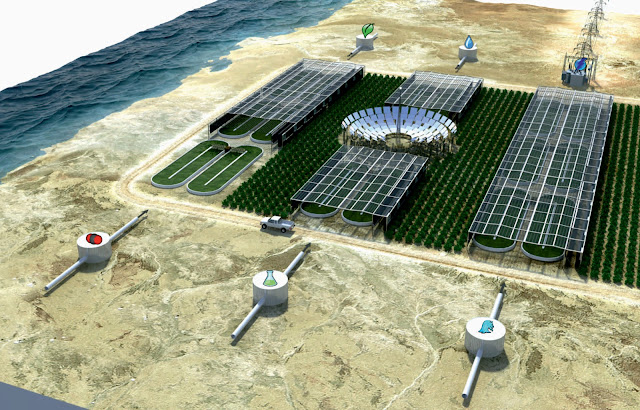 But this small construction site near the coast in Qatar’s Mesaieed Industrial City could help transform the landscape forever, says its developers, turning desert land into flourishing centers of food and freshwater production. 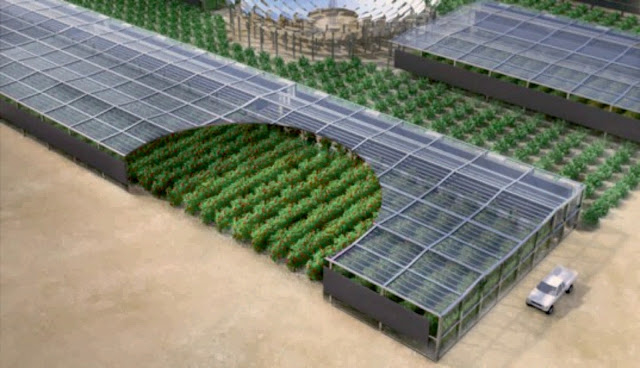 The $5.3 million, one-hectare pilot plant opens later this month and is a major milestone of the Sahara Forest Project (SFP) – a concept that has been developed by a Norwegian company since 2008. 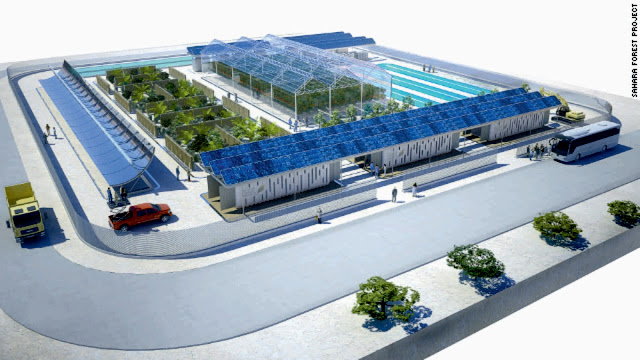 The facility – built in partnership with fertilizer companies Yara International and Qafco – will feature a range of green technologies including concentrated solar power (CSP), photovoltaic panels and a saltwater-cooled greenhouse that mimics the hydrological cycle. 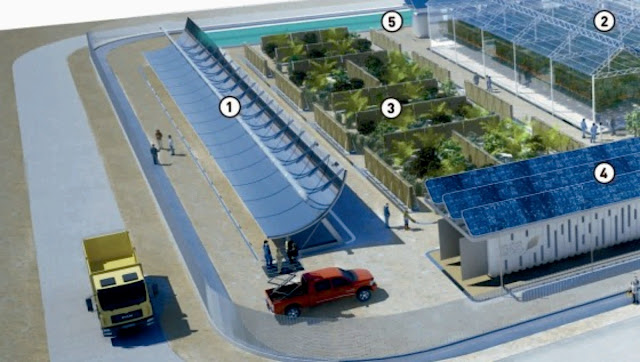 Michael Pawlyn, a British architect specializing in sustainable design and founding member of the project, says bringing together clusters of synergistic technologies creates a new paradigm. 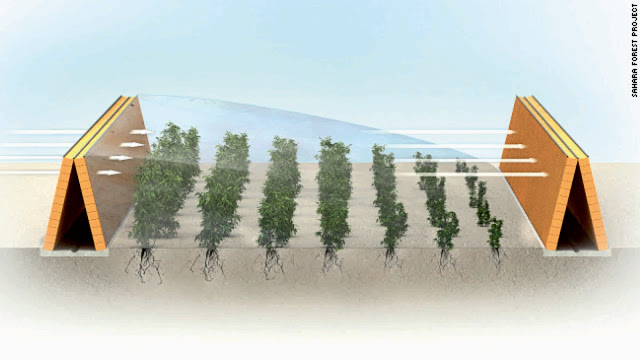 “At the start of the project, we were very conscious that a lot of people proposed single solutions addressing one issue at a time, be it water shortage, desertification, climate change. We were very keen to develop integrated solutions that address multiple challenges simultaneously,” Pawlyn said.

“If you compare man-made systems with eco-systems there are some quite striking differences. We tend to create simple, disconnected, linear systems. Ecosystems are complex, interconnected and interdependent.” This interconnectedness is in evidence throughout the plant’s design. Electricity from CSP helps power pumps bringing seawater to the site where it is used to condition air inside the greenhouse. 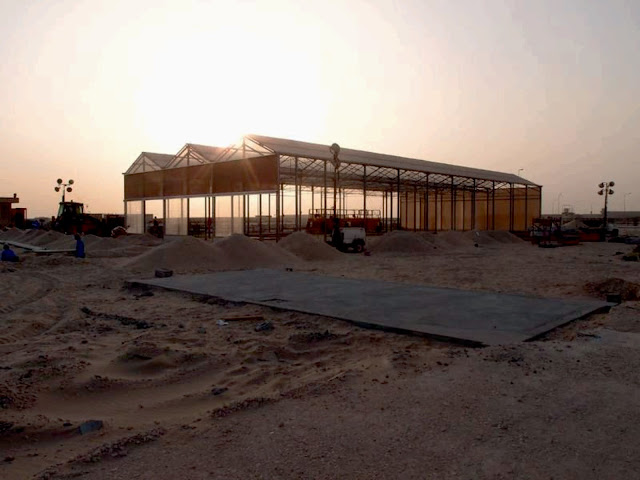 The effect is achieved by trickling seawater over porous cardboard screens – called evaporators – which cool and humidify the dry desert air, creating a favorable growing environment for crops. Some of the evaporated seawater inside the greenhouse also condenses creating freshwater, which will be used to irrigate plants. Any saltwater that can’t be evaporated is put to use elsewhere, says Pawlyn. 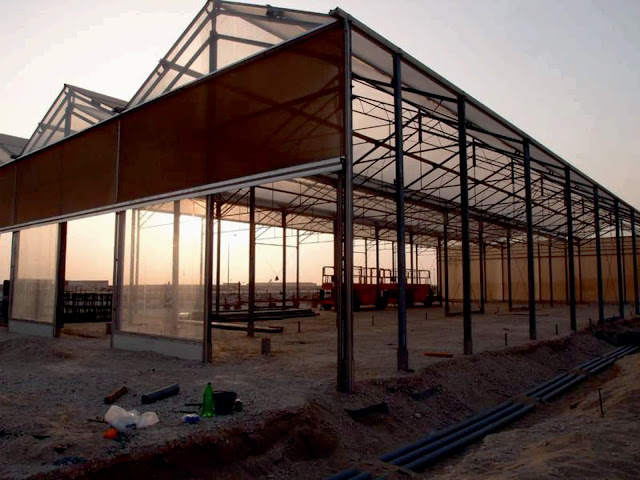 “The saltwater going out of the greenhouses will go to the CSP to cool it – which makes it more efficient – and then it will go to the evaporator ‘hedges’ which create good growing conditions for crops outside and revegetate areas of desert,” he said. 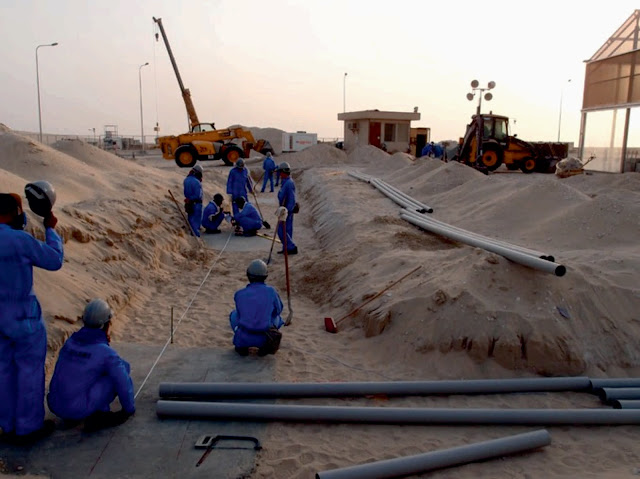 The remainder will end up in salt ponds where various compounds – sodium chloride, gypsum, calcium carbonate – can be extracted and potentially commercialized. The opening of the pilot plant is scheduled to coincide with the upcoming United Nations Climate Conference (COP18) which this year takes place in Doha from November 26 to December 7.
Source: CNN
25.35482651.183884