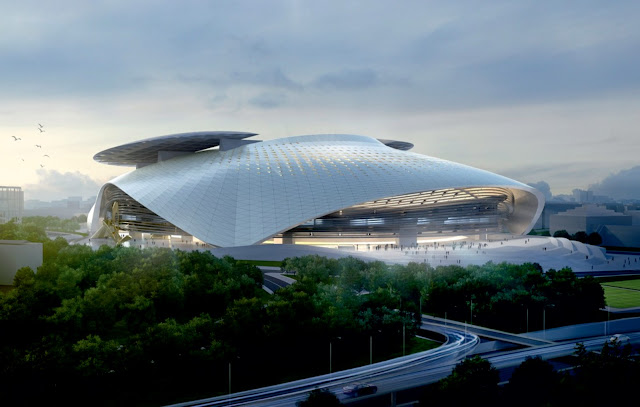 “Like a modern acropolis, our concept for the new National Stadium of Japan places the arena on a plinth as a sign in the center of the city. A large plaza is created by the plinth forming the main public entryway. 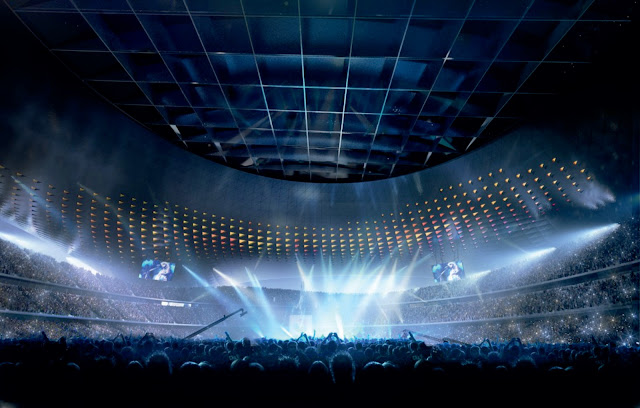 The seating tribunes are conceived as landscape elements of the podium, and are covered by a light, shell-like roof touching the ground at only four points. 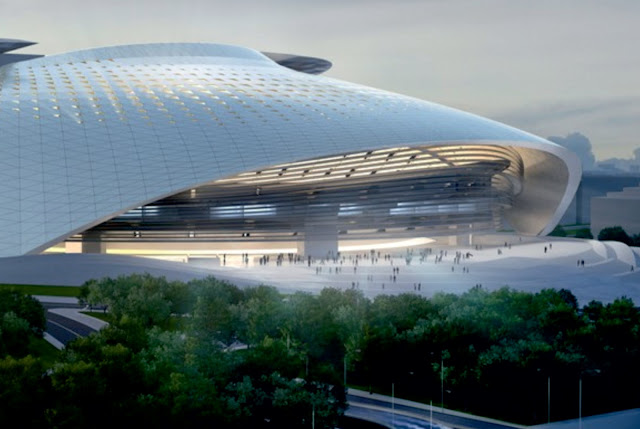 The shell is topped by a retractable photo-voltaic glass roof element that separates into two visible wing-shaped leaves opening the stadium to the sky.” 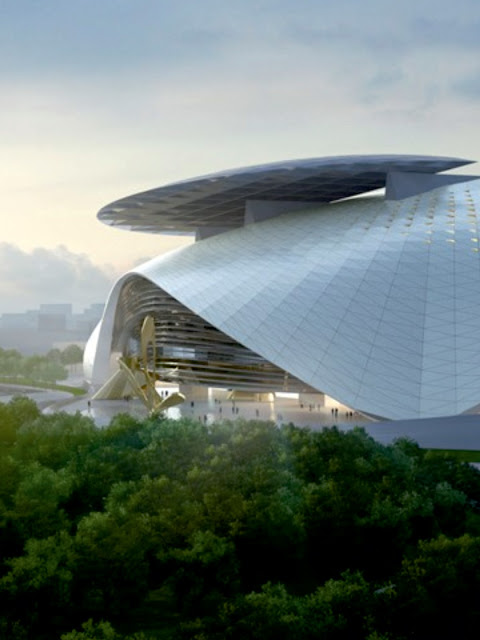 The competition rules specified the stadium must be able to seat 80,000 people; have a retractable roof, be environmentally efficient and complement the surrounding landscape. 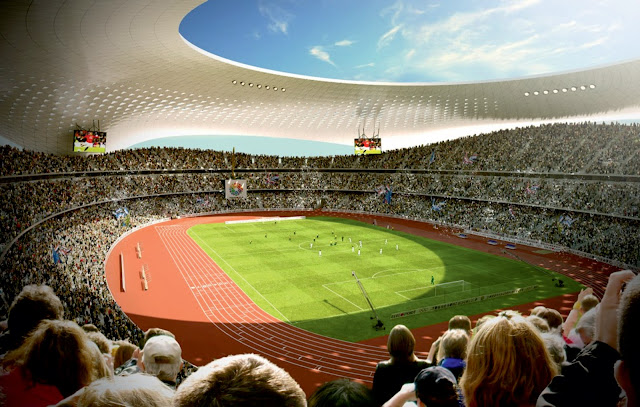 It must also be up and ready by 2018 to host the Rugby World Cup the following year. The construction budget is 130 billion yen ($1.62 billion). 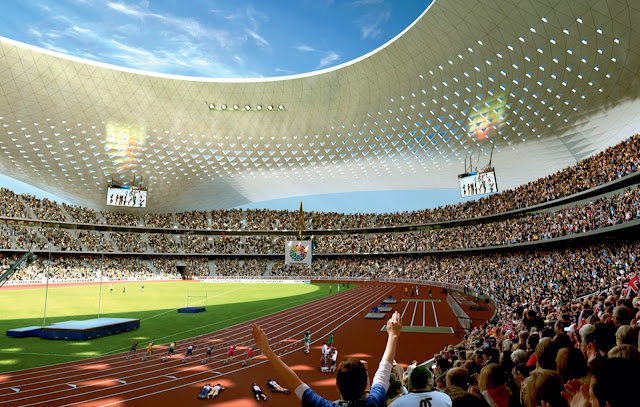