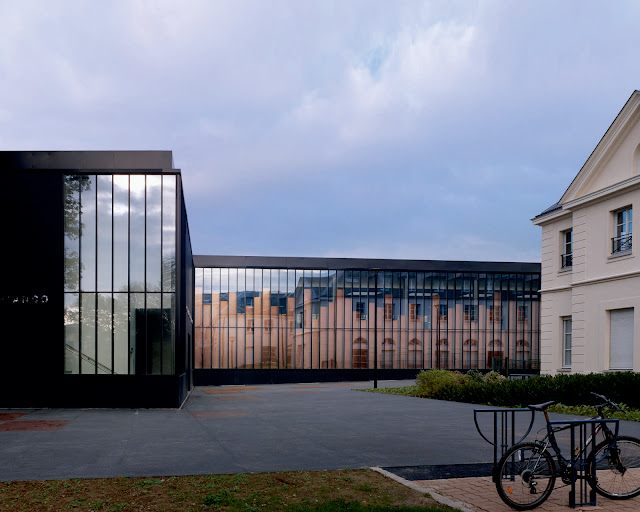 In the Île-de-France region, the new gymnasium at Chelles is an exceptional example of a public building with a strong architectural identity. The town council’s aim was that this local amenity should play a key role in the harmonious redefinition of the urban landscape. 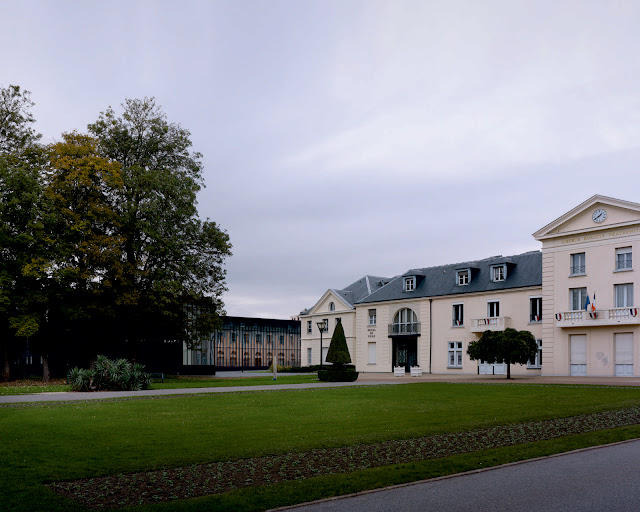 Located in the town centre, the project enhances the surrounding architectural heritage, composed of the Collège Weczerka, the Centre d’Art Contemporain “Les Églises” and the Town Hall. Respecting each edifice’s identity and acting as a link between them, it helps re-establish an aesthetic equilibrium. The reorganised esplanade was conceived as its natural extension and redefines its use as a pedestrian circulation area.

The gymnasium is an innovative example of the increasingly adoption of HEQ norms in the construction or refurbishment of public buildings. The project is the culmination of the town council’s carefully thought-out plan to transform the site into an open public space. The double-skin façade, with glass on the outside and copper-covered wood panels on the inside, creates a strong architectural identity. 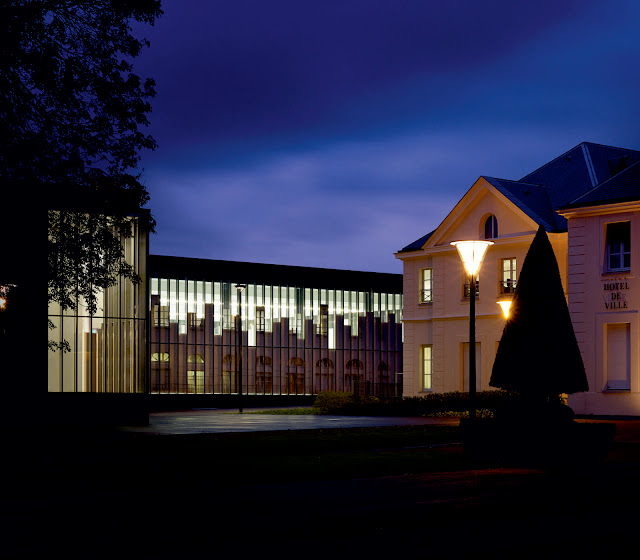 The paving of the esplanade, a combination of bush-hammered concrete and large plaques of Core-ten finish concrete, echoes the walls of the gymnasium. This so-called “contextual” architecture takes into account the dense and varied environment and dynamises the setting. The glass facade amplifies perception of the surrounding space by reflecting the buildings around the square, not merely by mirroring them but by diffracting their image and creating a specific optical effect. 60% of the gymnasium’s total surface is covered with glass and copper. 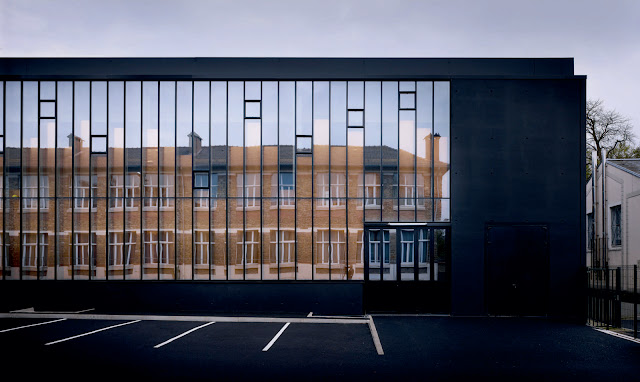 The interplay of light and shade conceals the building’s framework and gives it its mineral appearance, elegance and lightness. The technical system used for the envelope is simple: a steel structure, glass façades with the lower walls in insulated concrete with copper cladding inside. This double skin ensures optimum acoustic insulation. The copper-covered wood panelling absorbs noise and reduces resonance in the large gymnasium space within. 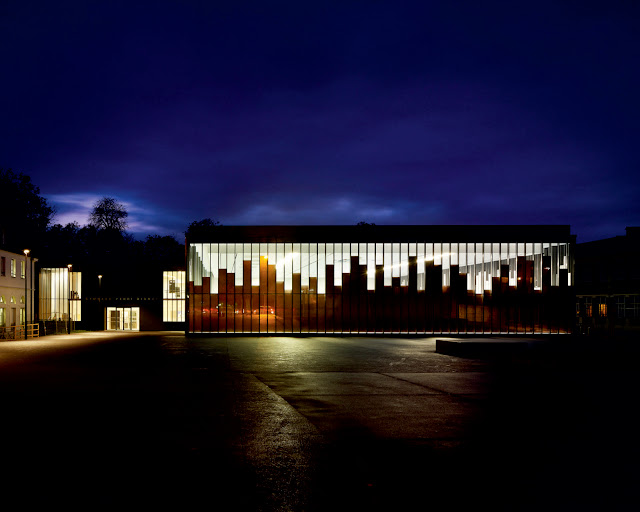 The new esplanade was conceived as both a meeting place and a transit space, and develops the idea already sketched in by the architect Marc Barani for the Contemporary Art Centre. The subtle chequerboard arrangement of large bush-hammered and Cor-ten finish concrete slabs gives the square another dimension and highlights the entrances to the Town Hall and college. 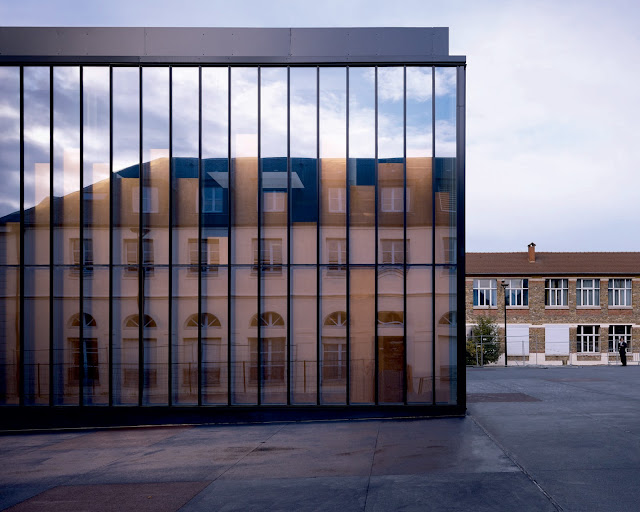 As a natural extension of the gymnasium, the esplanade reinforces the overall impression of harmony. One of this project’s keynotes is its energy-efficient conception. Built to Very High energy Performance (VHEP) standards, the building provides a high level of user comfort. Its insulated concrete walls help cooling in summer and limit heat loss in winter. Each room also has a nocturnal double-flux ventilation system that recovers energy from the air extracted. 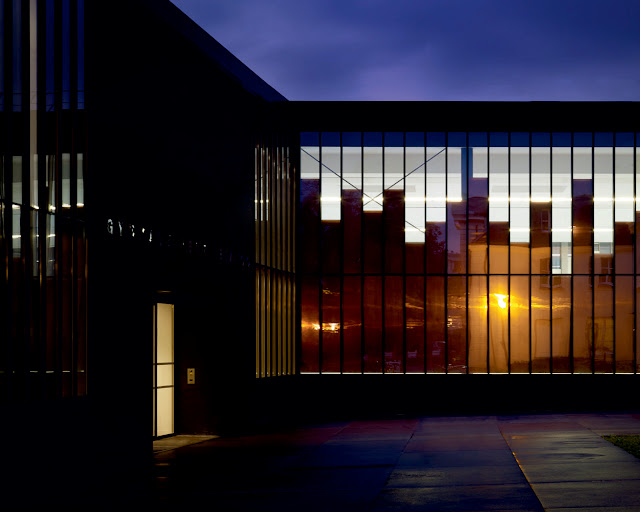 The façades are glazed with 2.28 m2, 44.2 “securit” panes on the outside and 8mm tempered glass on the inside, with a 14 mm anti-heat Argon gas infill. The building is connected to the town’s geothermal heating system, with a programme that heats spaces before use. The heat circulation generates the hot water and heating of the gymnasium, its annexe, changing rooms and circulation spaces. 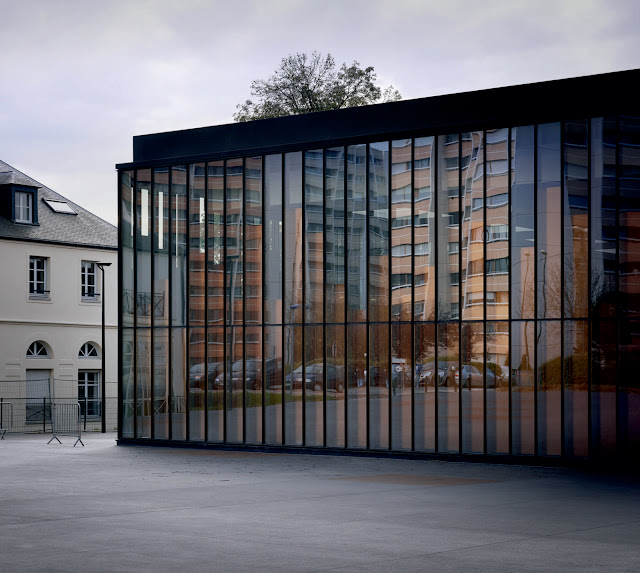 The gymnasium is equipped with 32 photovoltaic panels with a total power of 7360 Watts, generating 6600 VA to be sold back to the national grid. The rainwater recovery system, functioning with the green roof, supplies the gymnasium’s toilets and washing facilities and provides water for its surrounding planted areas. 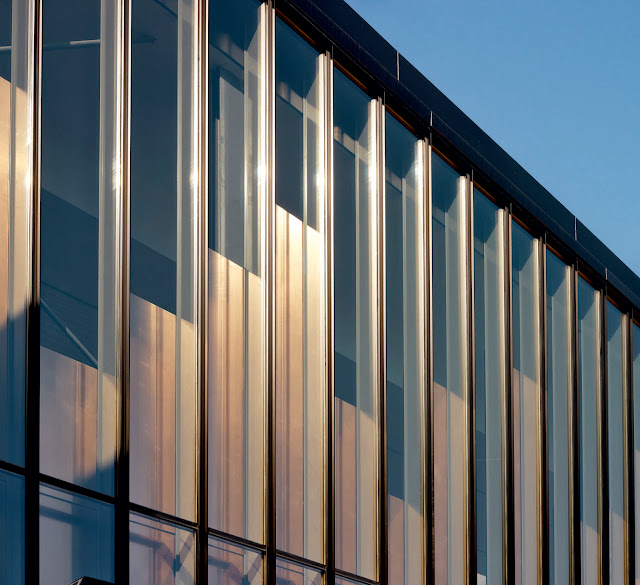 The infrastructure is lit naturally by large windows in the curtain wall and roof. At night, the building’s exterior is lit by LED projectors set into the ground. The entrances are indicated by candelabra. Inside, presence detectors optimise electricity management everywhere except the gymnasium space itself. 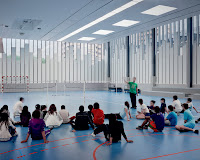 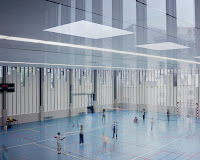