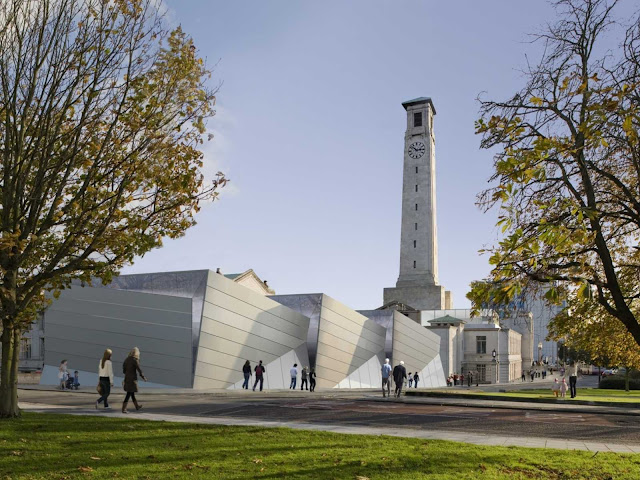 This new museum tells the story of Southampton’s maritime heritage, and in particular the connection between the city and the Titanic, with a 2,500-strong collection of documents. 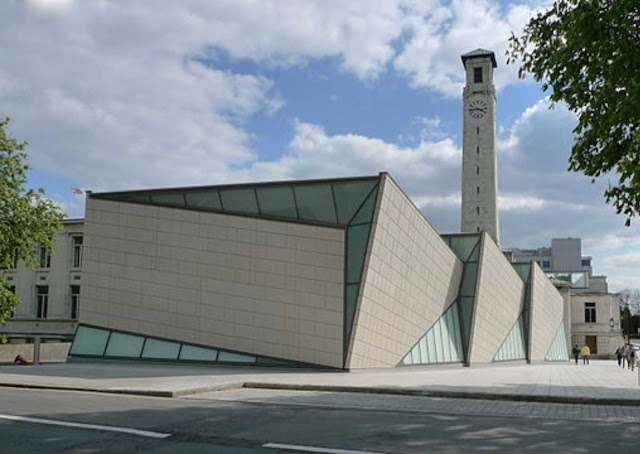 The new museum reinforces the city as a cultural destination as it marked the centenary of the Titanic disaster in 2012, which sank in the North Atlantic a few days after leaving Southampton. 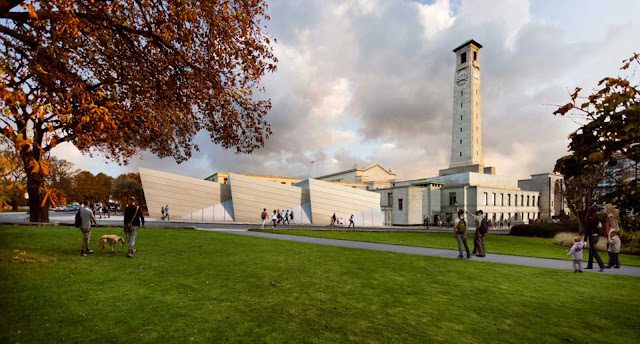 The Museum is housed in the city’s Grade II* listed Magistrates’ Court, one of the most important 1930s building complexes in the south of England and the first ‘civic centre’ in the UK. 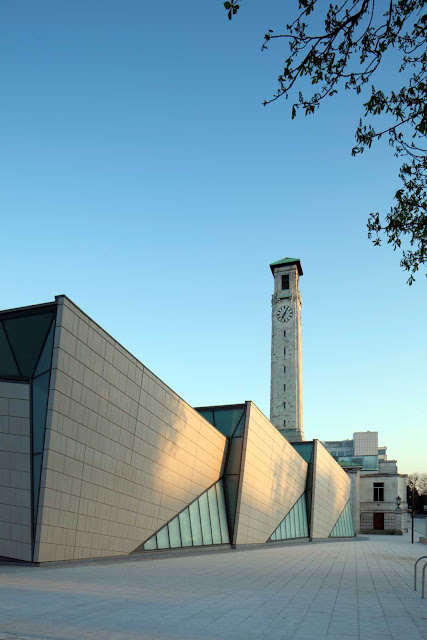 The Sea City Museum showcases the city’s impressive archaeological and maritime collections and features two permanent exhibitions focussing on Southampton’s Titanic story and the city’s role as a gateway to the world. 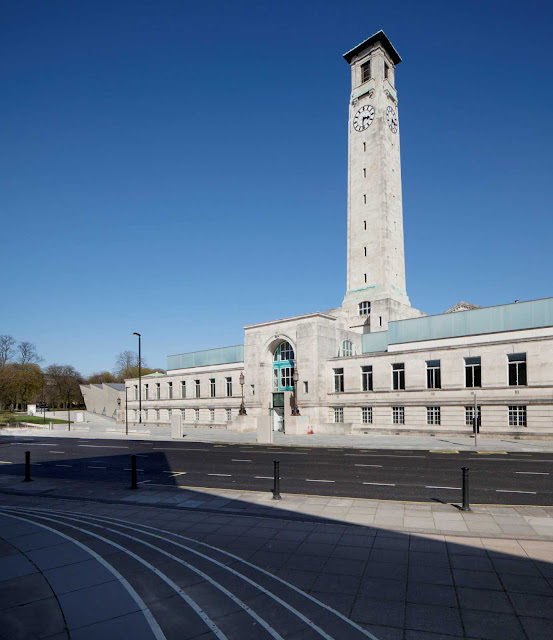 The exhibitions will help tell the story of the crew members of the Titanic, a story that has largely gone untold outside of Southampton, and around 4,000 items related to and recovered from the Titanic ship will be displayed there. 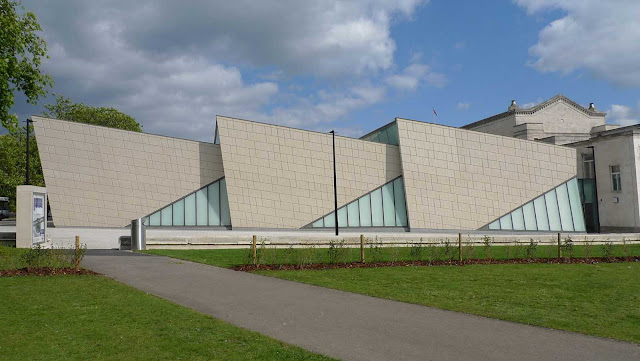 The main hall recreates the dockside scene in Southampton as the Titanic prepared to depart. The project provides 3,105m² of accommodation, 2,000m² of which is exhibition and learning spaces. The new galleries tell the Titanic story through personal objects, documents, photographs and oral history testimony. 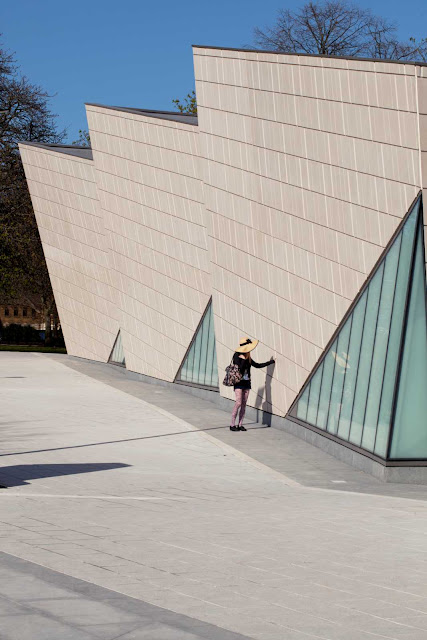 The design for the SeaCity Museum remains sensitive to the existing characteristics of the building and uses the qualities of these restored spaces to enhance the visitor experience. Significant adaptations of the Grade II* listed building include the transformation of the court rooms into exhibition spaces, plus the restoration of the original prison cells into toilet facilities and also the refurbishment of the original steel frame of the building. 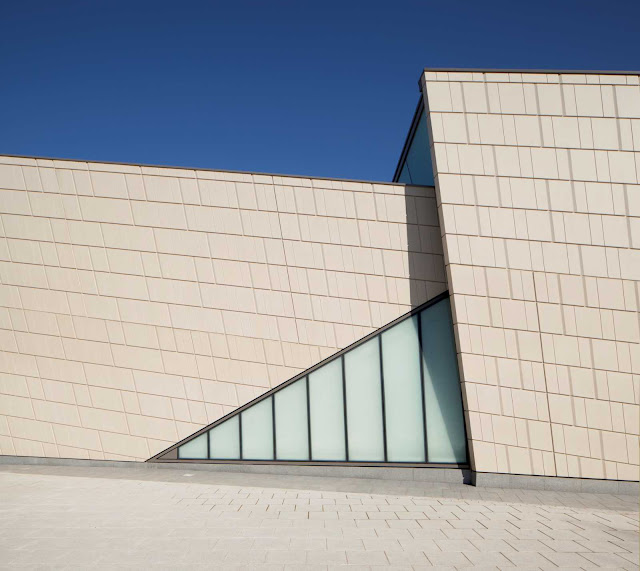 A simple material palette of glass and reconstituted stone has been used to make sensitive, contemporary additions to the existing building, including glazed roof extensions and a new single storey pavilion connected to the northern façade of the existing building. The pavilion is linked to the Magistrates’ Court building via a glazed link, designed to act as an independent entrance into the extension if required. 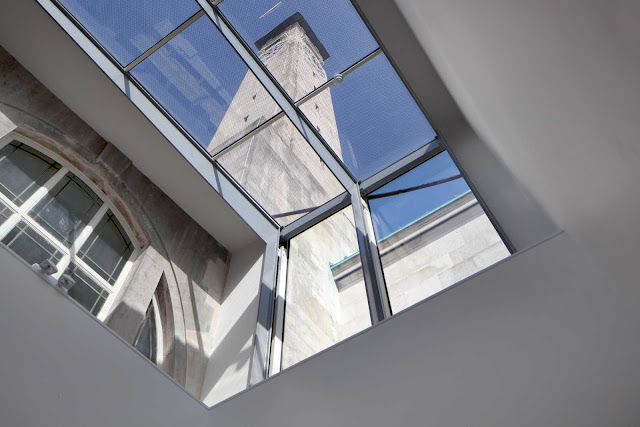 The pavilion’s geometric design negotiates an irregular site where the ground rises two metres from south to north. As a result, the structure – which takes the form of three interlocking bays rising in parallel with the ground – corresponds to the surrounding buildings whilst making a bold architectural statement. 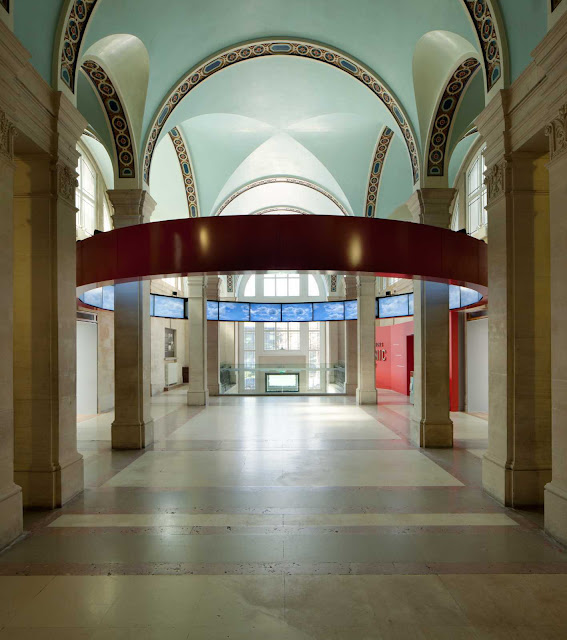 The façades are formed of reconstituted stone precast panels and translucent, backlit reinforced glass panels, allowing for natural light to reach the interior spaces. The use of stone aggregate also ensures that the exterior of the pavilion is consistent with the architectural style of the Magistrates’ Court building. 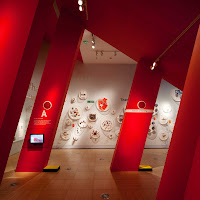 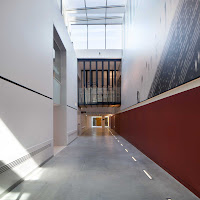 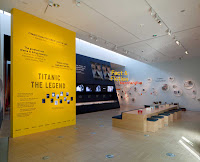