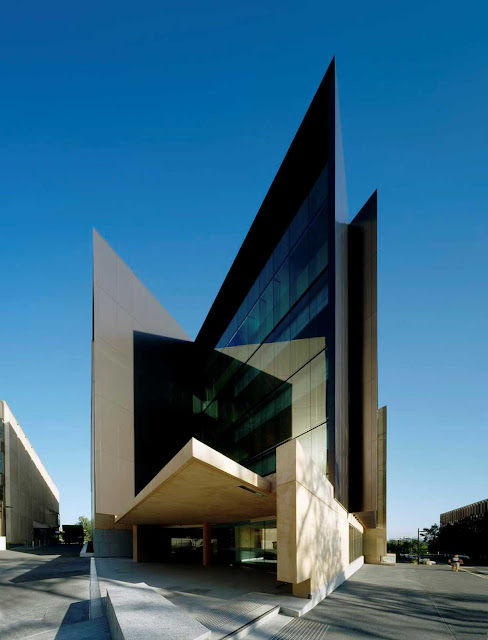 The Sir Llew Edward building is located overlooking the main forecourt of the University of Queensland’s St. Lucia campus and figures prominently in the redevelopment of this important area. It is the first building to be constructed in this prestigious location in 30 years. 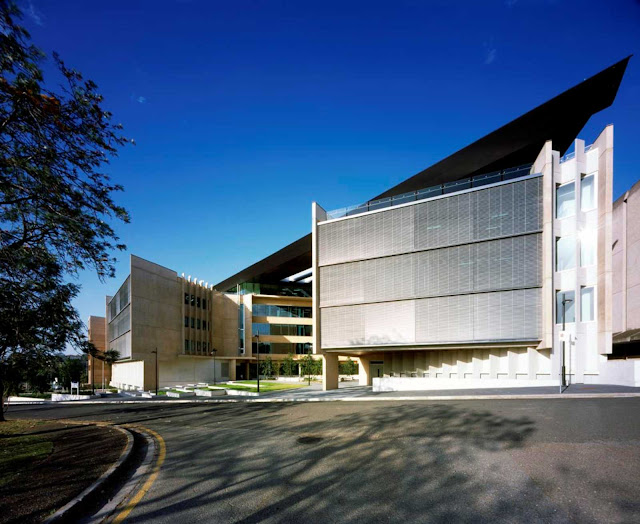 The building was designed to respond to its immediate context in several respects. It addresses its largely landscaped setting by opening its interior out towards views over the University forecourt and by capturing an external landscaped courtyard between its two wings. 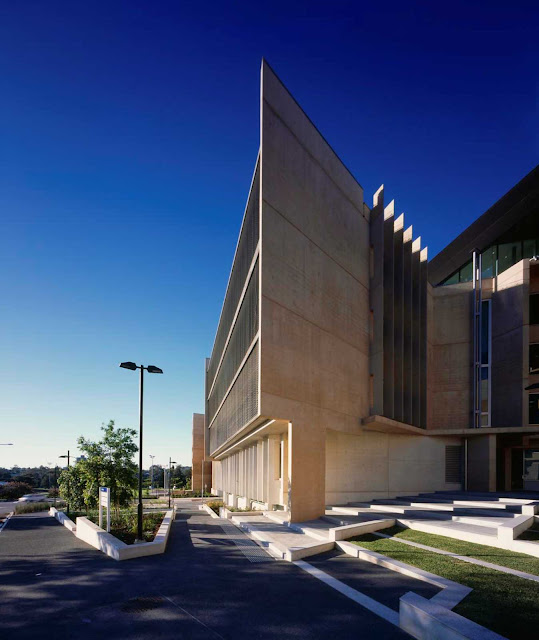 Its external form has been carefully modulated to respond to the varying scale and form of adjacent buildings. External materials have been selected to respond directly to the material palette of original University buildings, and given the University’s long term interests as a building owner, for their robustness and self- finished properties. 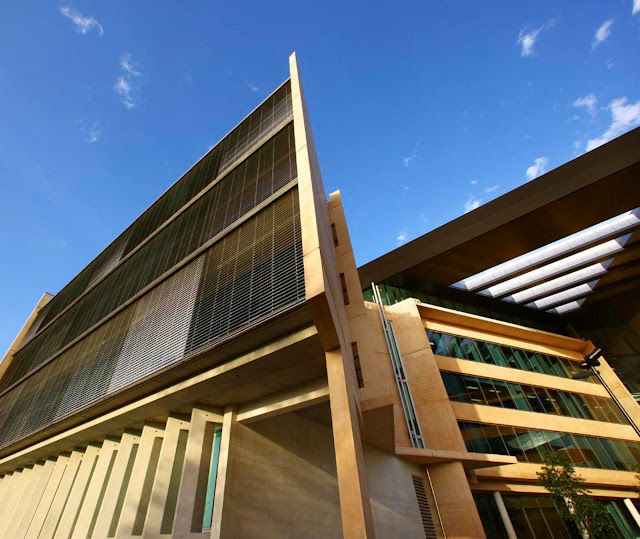 The plan form of the building creates several external open spaces of differing scale at both the ground and upper levels. This reflects a pattern of development on the campus where, in contrast to the formal qualities of the Great Court, the campus is characterised by informal open spaces of a variable and more intimate scale. 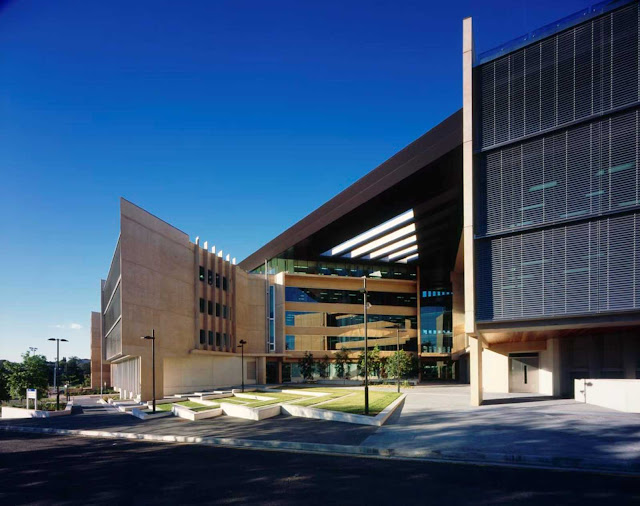 Rather than being determined solely in response to their external context, the façade treatments of the building are influenced by the requirements of the building occupants for natural daylight and views out. Uniquely for a building on the campus, and in contrast to other University buildings, the building has highly transparent external façades which not only enable the University to display its operations more overtly, they also enable occupants to enjoy long distance views to West End and the mountain ranges beyond. 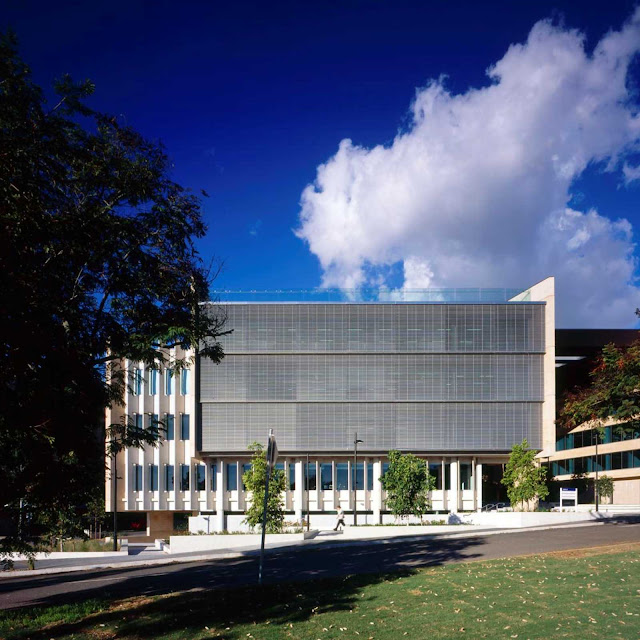 The triangular site resulted in a ‘V’ shaped building plan where building amenities and foyers were located in the apex with the two resultant wings containing accommodation. These wings have thin floorplates to maximise natural daylighting and they have been orientated to maximise the extent of views out over the University forecourt. 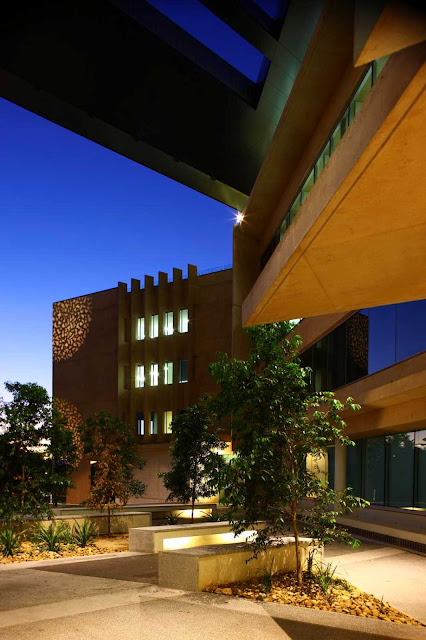 As a result, and in contrast to the adjacent buildings, the Sir Llew Edward building presents smaller scale elevations to the forecourt. Reflecting the significance of the radial building line that is generated from the Tower of the Forgan Smith Building, the over sailing roof of the building not only aligns with this building line it also links the two wings of the building to provide enclosure to the captured landscaped space beneath at ground level. 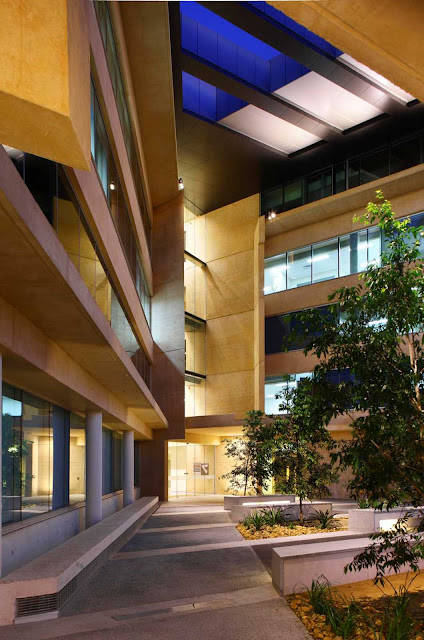 At peak times over 1,000 students can arrive and depart each hour to and from the building. In response to this, large public and circulation spaces have been provided, the generosity of which is reflective of similar spaces in some of the original University buildings. The building also provides the University with a new building typology that exemplifies significant advances in the inclusion of environmental features. 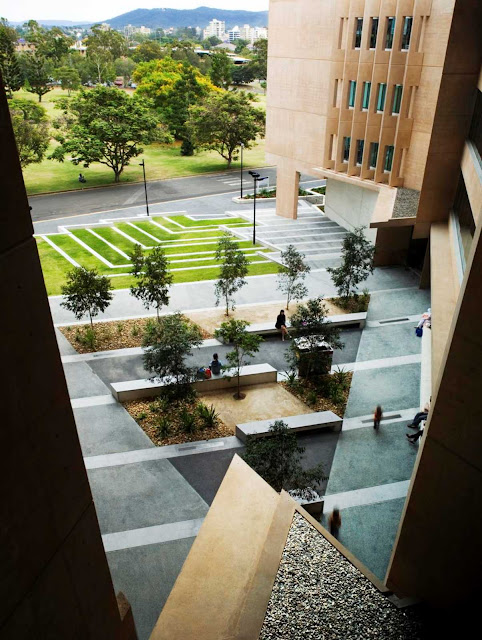 The building adopted best practice ESD principles that not only minimise energy consumption but also offer healthy environments for students and staff. ACTS is situated on Level 1 of the Sir Llew Edward building designed by Richard Kirk Architect and ML Design (in association). The building was completed in July 2008 with fit-out of the AV and IT continuing to October. 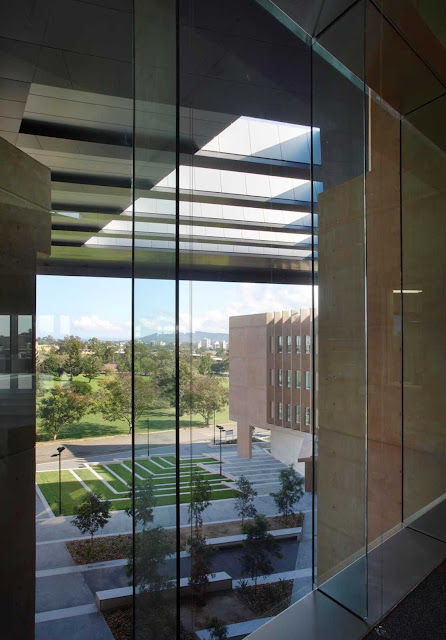 The space contains several novel elements in its specification. Before construction, and after extensive consideration of the kind of activities required, the general arrangement of the space was documented by Hamilton Wilson (of Wilson Architects). This generic plan became the basis for the detailed design work carried out by Richard Kirk Architects.