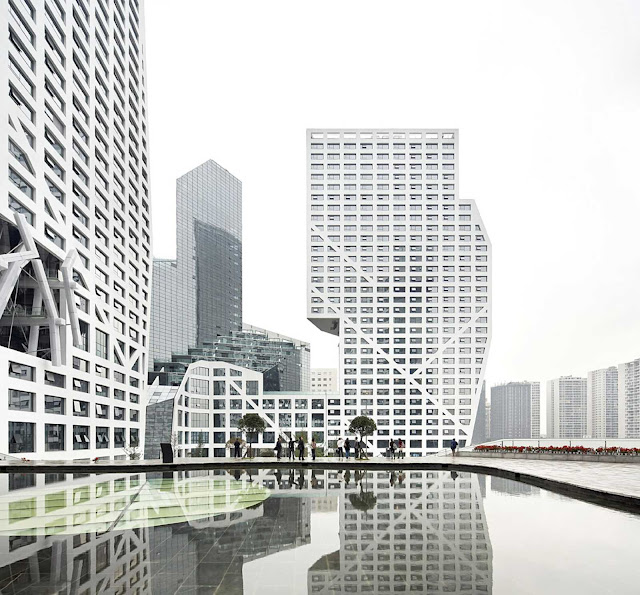 In the center of Chengdu, China, at the intersection of the first Ring Road and Ren Ming Nam Road, the Sliced Porosity Block forms large public plazas with a hybrid of different functions. 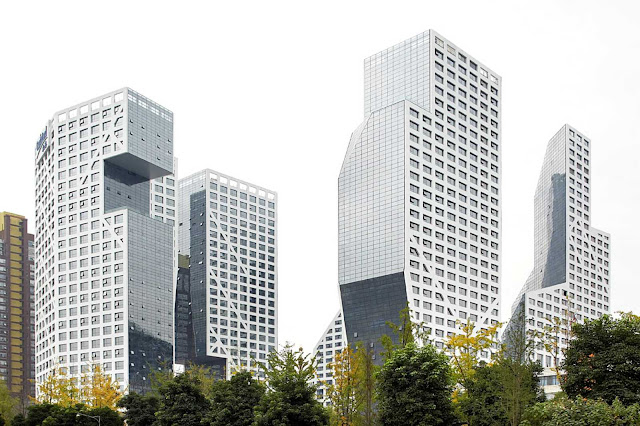 Creating a metropolitan public space instead of object-icon skyscrapers, this three million square foot project takes its shape from its distribution of natural light. 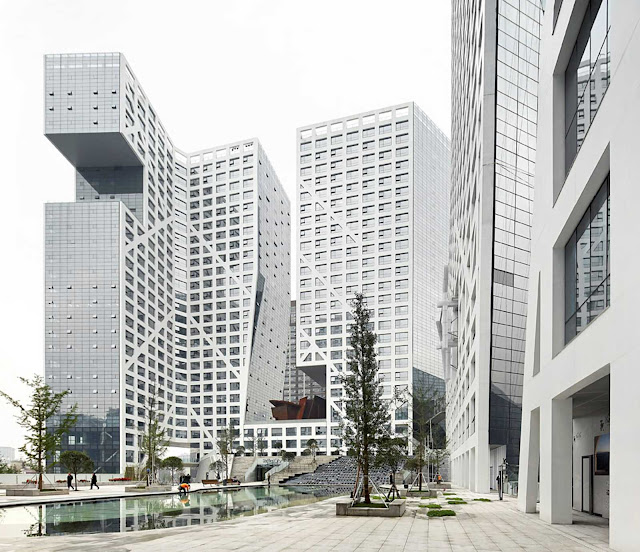 The required minimum sunlight exposures to the surrounding urban fabric prescribe precise geometric angles that slice the exoskeletal concrete frame of the structure. 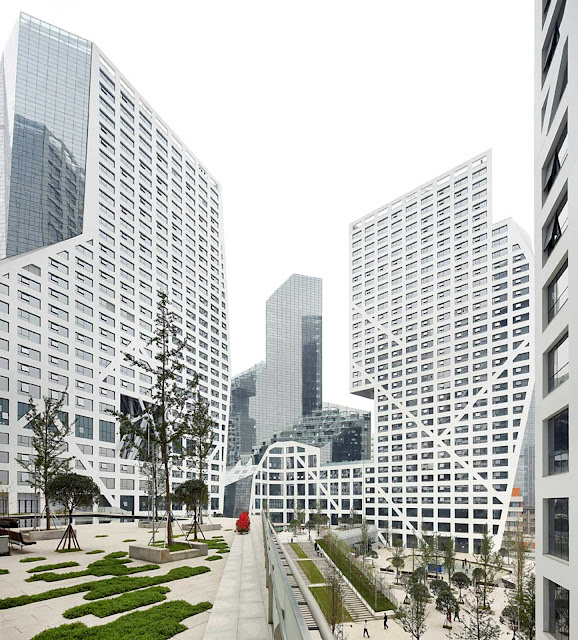 The building structure is white concrete organized in six foot high openings with earthquake diagonals as required while the “sliced” sections are glass. 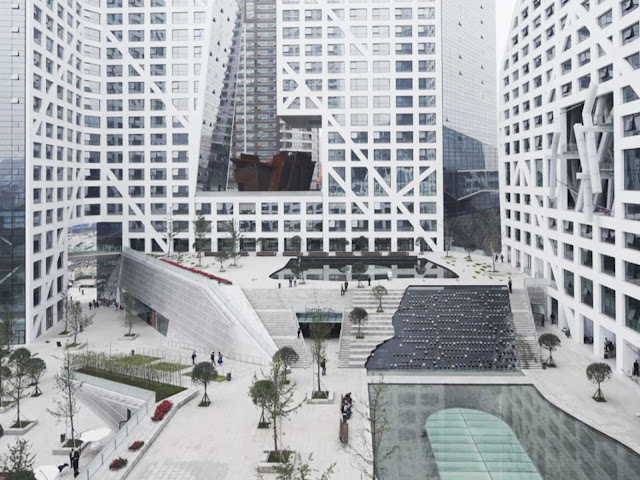 The large public space framed in the center of the block is formed into three valleys inspired by a poem of the city’s greatest poet, Du Fu (713-770), who wrote, ‘From the northeast storm-tossed to the southwest, time has left stranded in Three Valleys.’ 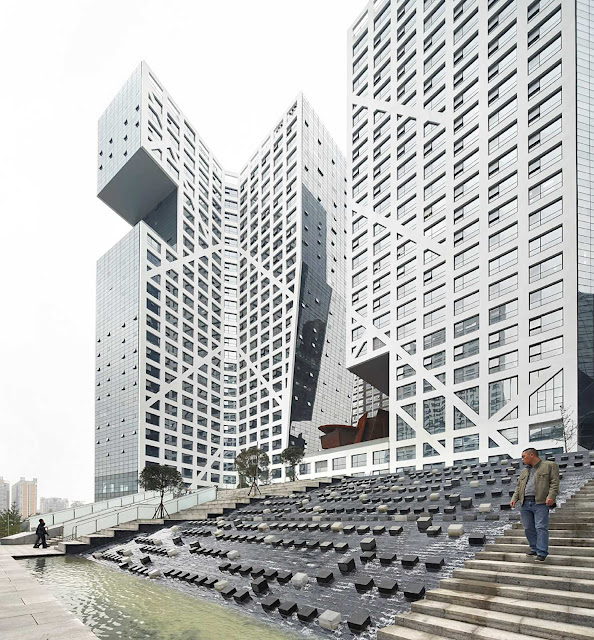 The three plaza levels feature water gardens based on concepts of time-the Fountain of the Chinese Calendar Year, Fountain of Twelve Months, and Fountain of Thirty Days. These three ponds function as skylights to the six-story shopping precinct below. 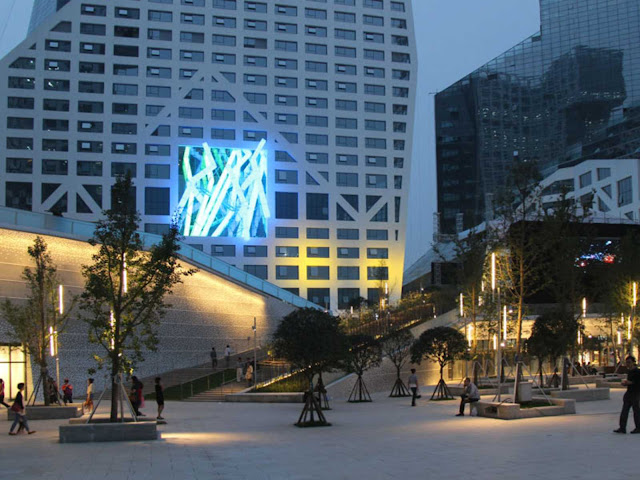 Establishing human scale in this metropolitan rectangle is achieved through the concept of “micro urbanism,” with double-fronted shops open to the street as well as the shopping center. 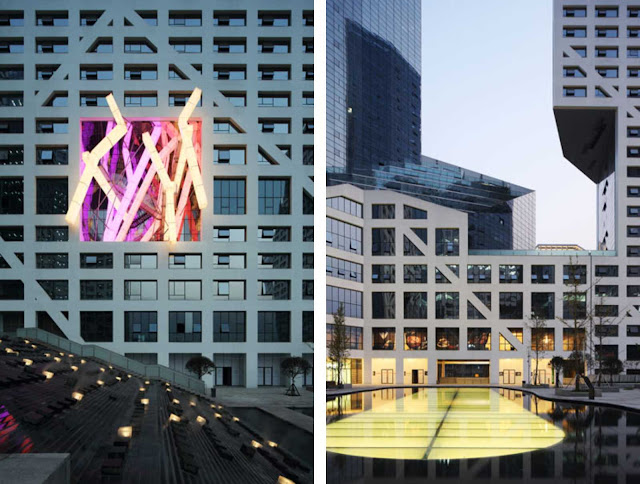 Three large openings are sculpted into the mass of the towers as the sites of the pavilion of history, designed by Steven Holl Architects, the Light Pavilion by Lebbeus Woods, and the Local Art Pavilion by Chinese sculptor Han Meilin. 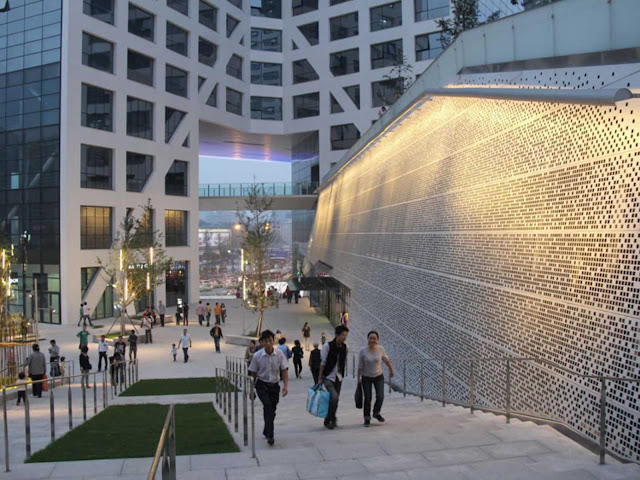 The Sliced Porosity Block is heated and cooled with 468 geothermal wells and the large ponds in the plaza harvest recycled rainwater, while the natural grasses and lily pads create a natural cooling effect. 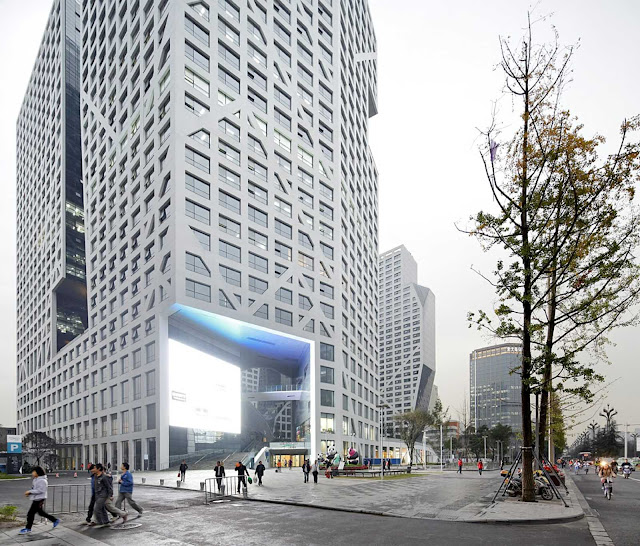 High-performance glazing, energy-efficient equipment and the use of regional materials are among the other methods employed to reach the LEED Gold rating. 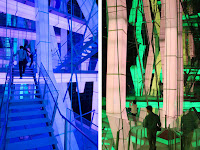 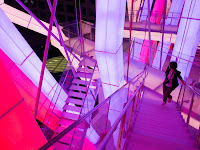