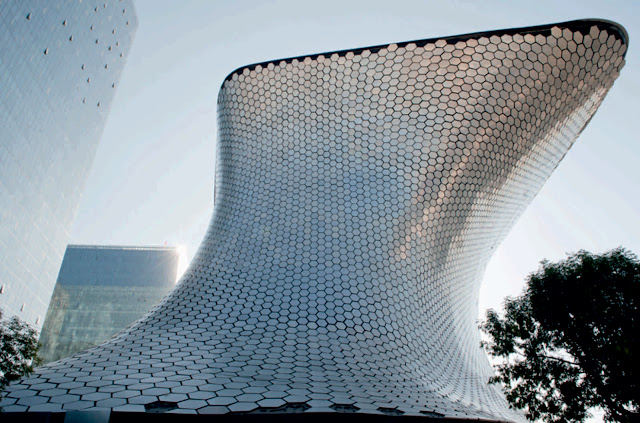 The Soumaya Museum is part of a large scale mixed-use urban development on the edge of the district of Polanco, one of the most exclusive areas of Mexico City. 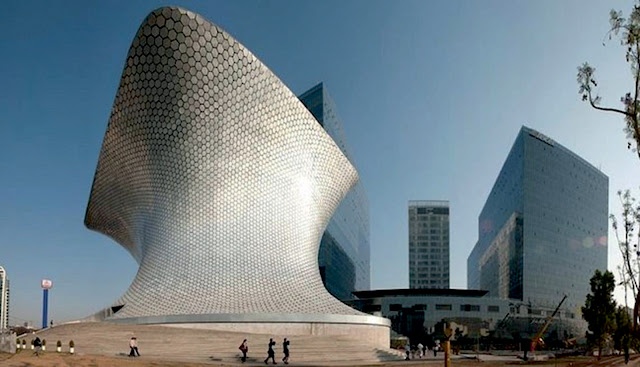 It is owned by the Carlos Slim Foundation and contains the extensive art, religious relics, historical documents, and coin collection of Carlos Slim and his late wife Soumaya, after whom the museum was named. It is located on a former industrial zone dating from the 1940’s which today presents a very high commercial potential. 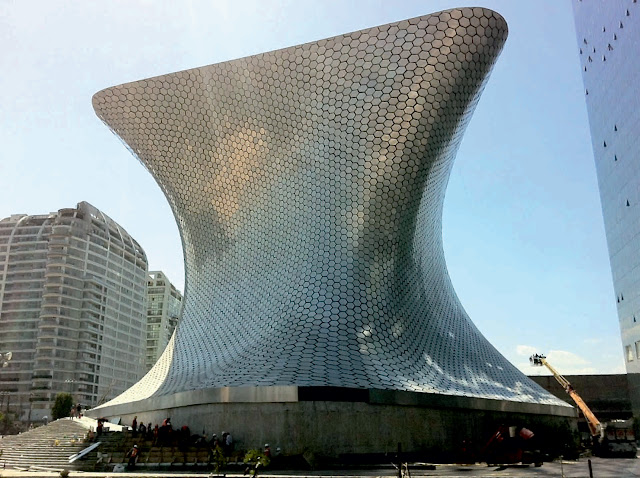 The Soumaya Museum plays a key role in the reconversion of the area:  as a preeminent cultural program, it acts as an initiator in the transformation of the urban perception. 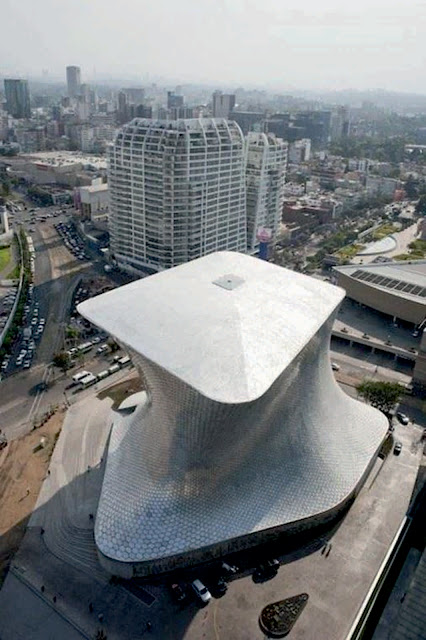 Its avant-garde morphology and typology define a new paradigm in the history of Mexican and international architecture. Moreover, its institutional status activates the public space with functionalities other than commercial and grants the new neighborhood the urban intensity it required. 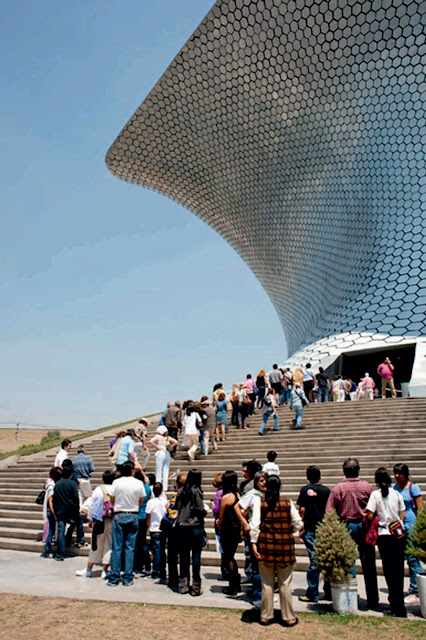 The Soumaya Museum was designed as both: a sculptural building that is unique and contemporary, yet one able to house a collection of international paintings, sculptures, and decorative objects dating from the fourteenth century to the present. 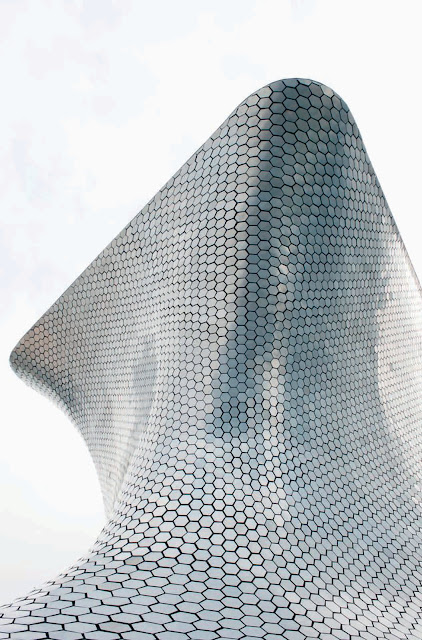 The exterior of the building is an amorphous shape perceived differently from every angle, reflecting the diversity of the collection inside. The building’s distinctive façade is made of hexagonal aluminum modules facilitating its preservation and durability. 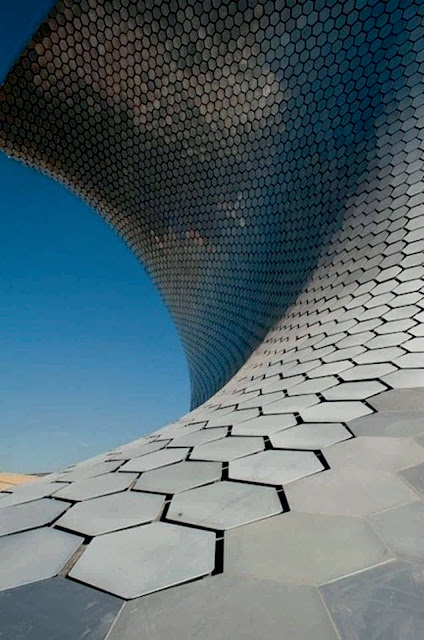 The aluminum used in the project was supplied by a company that is also owned by Carlos Slim. The shell is constructed with steel columns of different diameters, each with its own geometry and shape, creating non-linear circulation paths for the visitor. 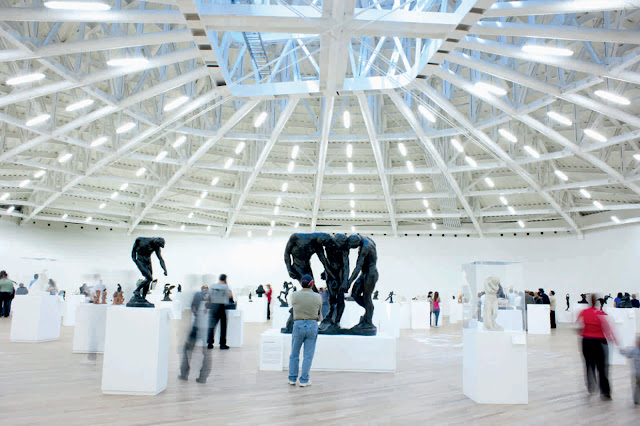 The facade acts as a filter between the chaotic city outside and the orderly exhibit spaces within. Circulation in the building is via a continuous ramp connecting the museum facilities, allowing moments of pause and reflection for patrons. 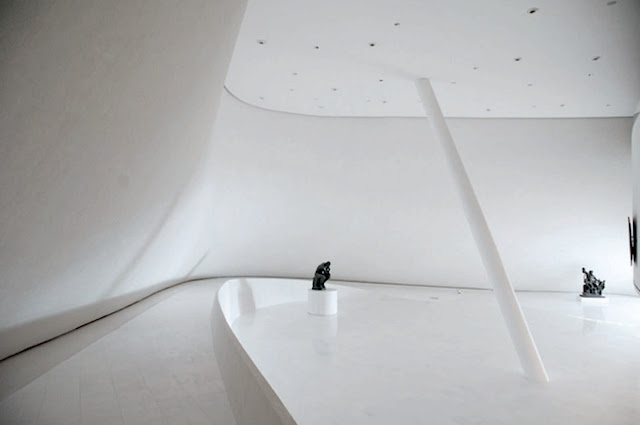 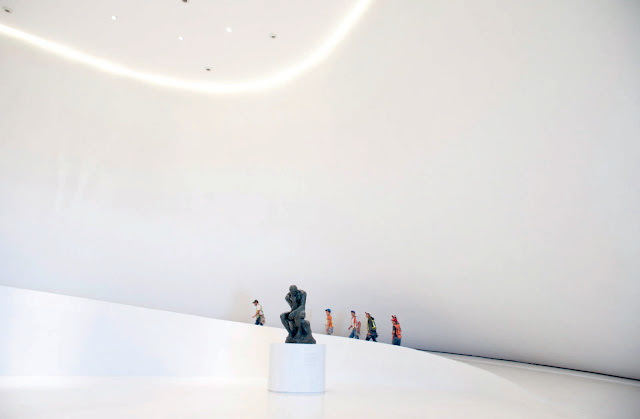 The top floor is the largest space in the museum, with its roof suspended from a cantilever that allows in natural daylight. The museum has a narrow entrance that opens into a large white gallery. The top floor of the building is opened so that it is illuminated by sunlight during the daytime. 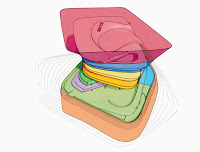 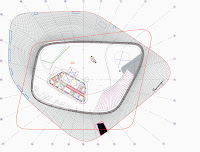