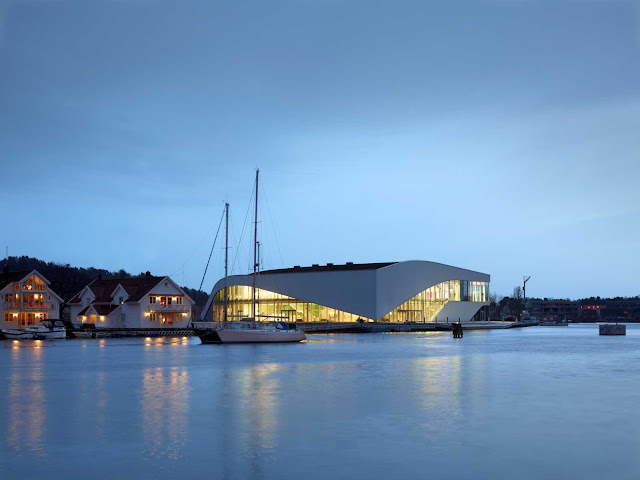 The town of Mandal is the essence of southern Norwegian idyll, with its historic white wooden houses, charming narrow streets, a river running though the center and beach and forest nearby. 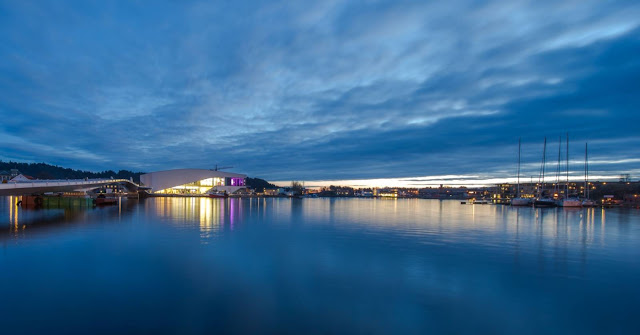 The Cultural Centre ”Buen” (The Arch) in Mandal is shaped like a green blanket that elevates and integrates the building in the surrounding landscape.

The glass façade opens up and exposes the lobby to the river bank allowing plenty of daylight into the building. The building is adjusted in colour, scale and proportion to the characteristic and picturesque Norwegian wooden houses by the river’s edge. 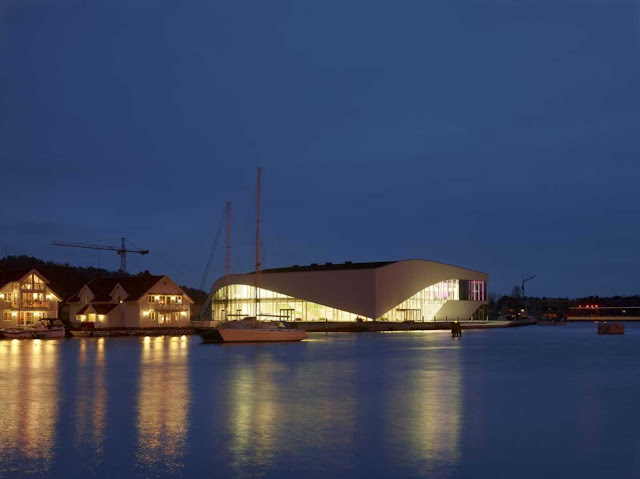 Close Contact to Nature and Water
By making the culture house an integrated element in the landscape it contributes to an attractive new part of the town which was previously an anonymous industrial area. 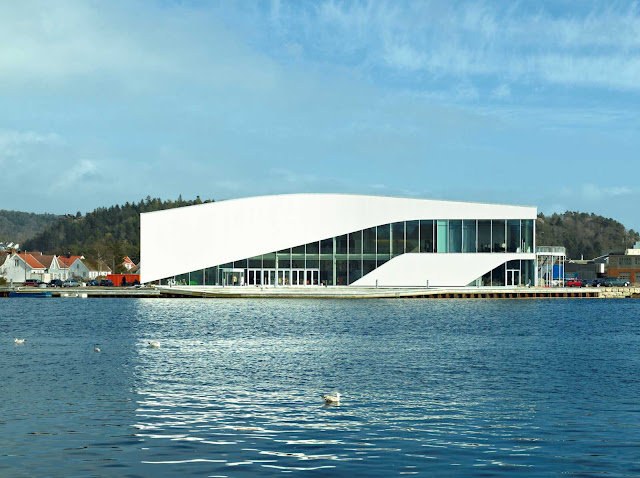 The green and subtle expression is a natural extension of the idyllic landscape surrounding Mandal consisting of the river, forests and little islands. The Arch contains a theatre- and concert hall, a library and a gallery. 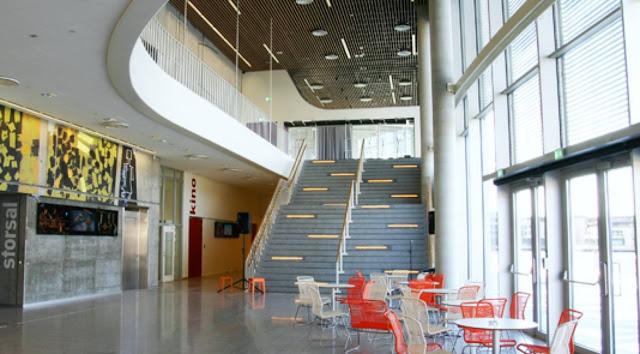 The layout of the building ensures a high degree of visual contact between the different functions giving the house a dynamic feeling of life and activities at all times. 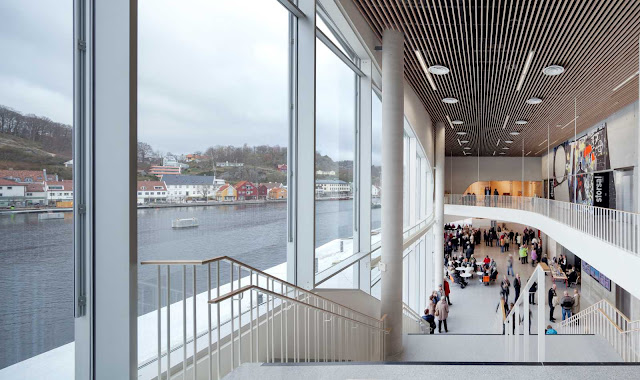 Masterplan creates connections
The masterplan, also conceived by 3XN, focuses on making the new town area reflect the rest of Mandal on the other side of the river and ensuring that all the houses including the cultural centre will have maximal profit from the short distance to the river. 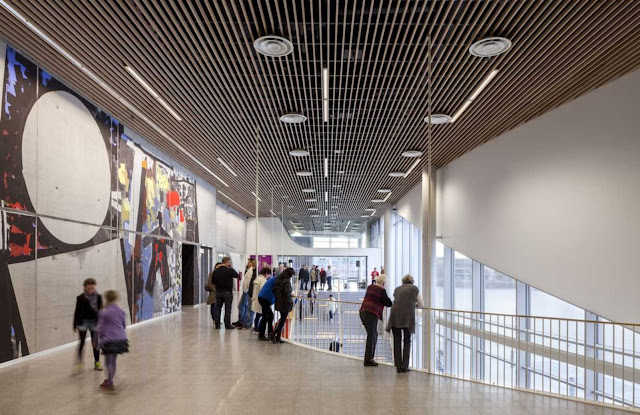 The plan also comprises a pedestrian bridge, which will further connect the cultural centre with the local community. The bridge is under construction as is expected to be finished autumn 2012. 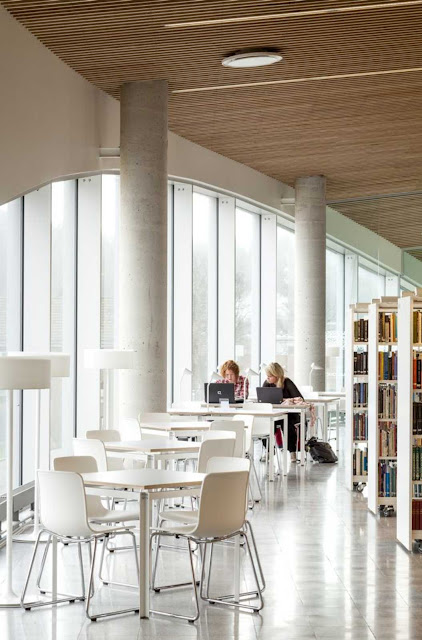 The Arch contains library, cultural education, cinema and gallery and has multifunctional scenes designed for theater, dance, concerts, etc. The Arch will be developed as a production and dissemination point for experience and learning and is operated by Mandal Municipality. 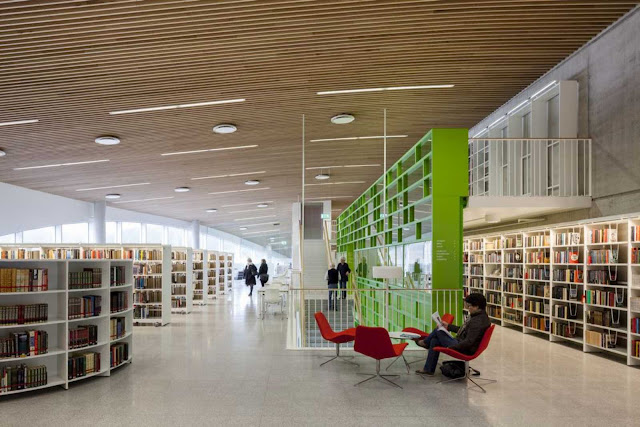 3XN won the competition for the design of the new cultural center, a master plan for the surrounding area and a bridge over the Mandal river in December 2007. The bridge is under construction and scheduled for completion in 2012.